Undoubtedly when you think about Romanian castles you think about Transylvania and Count Dracula’s castle, the Bran Castle. This castle is the most visited building in Romania, because it is linked to the legend of Dracula, but actually Vlad the Impaler doesn’t have many links to the castle. Instead Vlad the Impaler is known to have used and rebuilt the Poenari Castle, which currently stands in ruins. Also he was imprisoned for a short while in the fabulous gothic Hunedoara Castle. 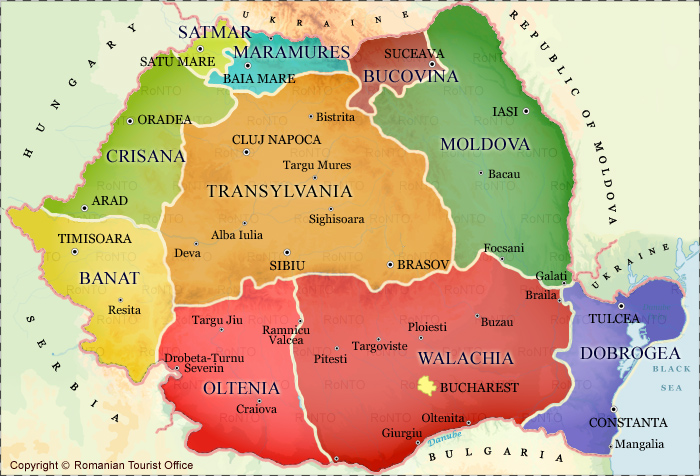 Located on the western shores of the Black Sea on the Balkan Peninsula, Romania has been becoming a more popular tourist destination since joining the European Union – less commercialized than much of Europe, its the kind of country reminds visitors and locals of an unknown time, some fabled past that lives in the balance between emerging cities and villages hiding fortress ruins.

Romania is a territory of great natural beauty and diversity with a rich cultural heritage. From medieval fortresses and centuries old monasteries to amazing castles and one world famous legend – Count Dracula's – the country has a lot to offer to its visitors. However, it is currently drawing only modest crowds, which means little or no cues at all in front of the tourist attraction.

Every famous castle from Romania has been included. Originally made of earth and wood, later castles were built of stone, so many still survive today. Spanning a period of 900 years during the middle ages, castles come in many styles of architecture and design. Despite their differences though, they all have one feature in common– they are fortified. Castles are defensive structures specifically built to withstand attack in the medieval world. Technologies such as arrowslits, murder-holes, and moats further improved their capabilities. Castles finally fell out of favor with the advent of gun powder, as offensive technologies, such as canons, rendered castles largely obsolete.

Besides these tourist hubs Romania has many other fine remote castles well worth visiting. Although Romanian has more then 30 castle but these are the Most Famous Romanian Castles. here we present top 7 Castle of Romania you should visit. 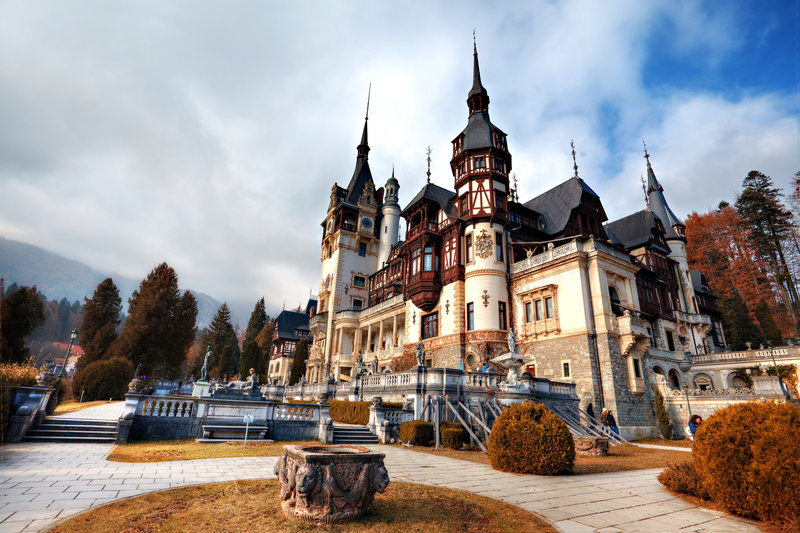 The top 5 castles in Romania starts with Peles Castle. In the heart of the mountains, in the beautiful Sinaia resort, stands out Peles, one of the most amazing castles in Romania. It’s not just a simple beautiful castle, it is the first fully electrified in Europe and also, the first in the world to have central heating through walls and floors. Built as a summer residence by the first Romanian King, Carol Ist, the castle gives the impression that he’s still waiting his former owners to return, as all the furniture stands exactly where the royal family wanted on the first place. 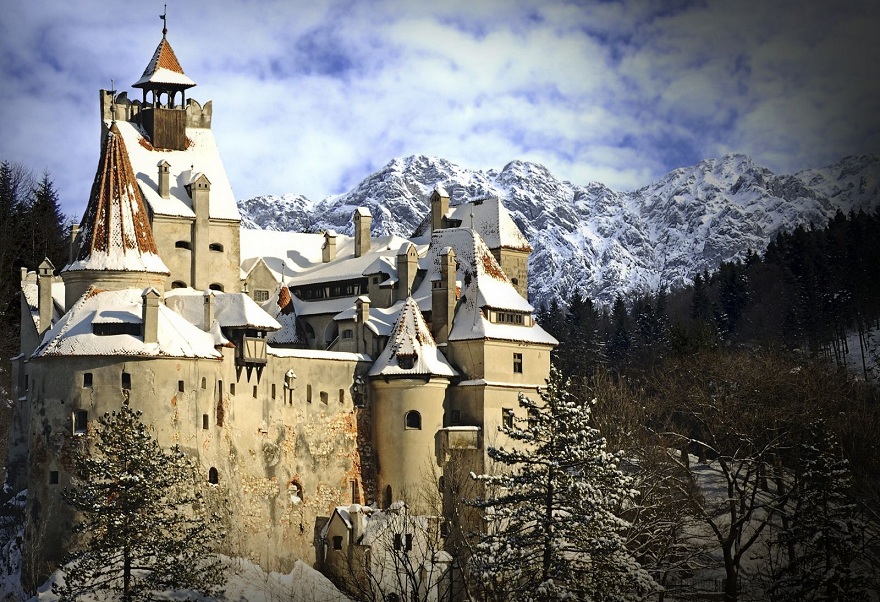 Bran is probably the most famous castle from Transylvania and it is worldwide known as Count Dracula’s mysterious residence. Its medieval look, with pointy towers, narrow corridors, steep stairs and dark rooms had fed the imagination of many tourists, writers and film directors. Due to its connection with both Dracula and the Romanian royal family, Bran castle is a place where legends and real history meet, offering you an experience never to forget. Its uniqueness also brought Bran a well deserved place 9 in top 10 most beautiful castles in the world conducted be the American television CNN. (Check out the top at Edition CNN) 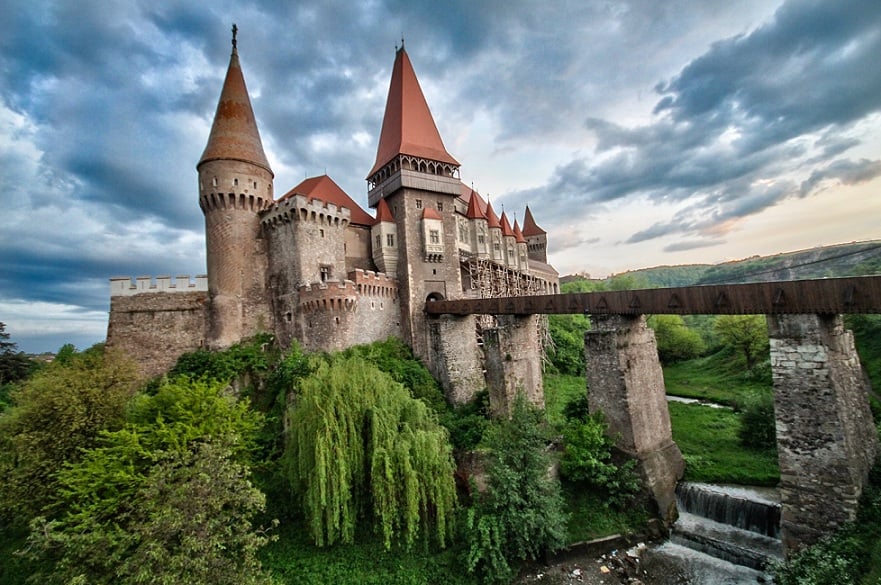 Corvin Castle also known as Hunyadi Castle is considered one of the spookiest buildings around the world by the Lonely Planet. The same magazine also included it in top 10 most fairytale-like European castles but only because „sometimes fairytales are actually nightmares”. In reality, Corvin Castle is an authentic Gothic construction, built in 1446, owned by the kings of Hungary. Its dark history and the fact that many historians claim that here was kept prisoner the famous voievode Vlad the Impeller, the very source of Dracula’s myth, brought Corvin Castle the reputation of a place of terror and disgrace. (Check out the tops at 7 Spookiest buildings around the world and at European fairytale castles) 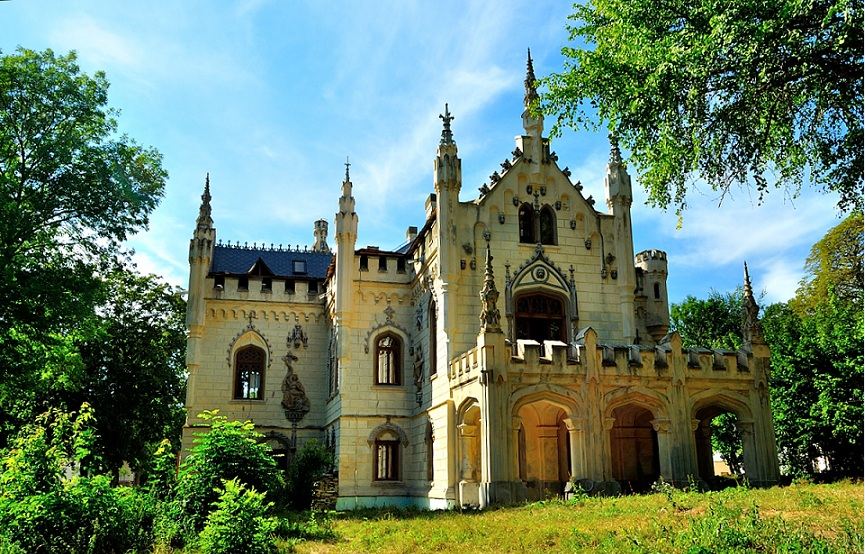 Sturdza Castle from Miclaușeni is one of the most romantic and serene places to visit. The royal domain includes a beautiful lake and a park with secular trees, older than the construction itself. The castle was built by Sturdza family, a respected and well-known Moldavian family which gave Romania many fair rulers and men of culture. The castle was built in Neogothic style and was designed to impress as the family motto, engraved on the castle’s façades, claims: Utroque clarescere pluchrum – The beauty shines everywhere. 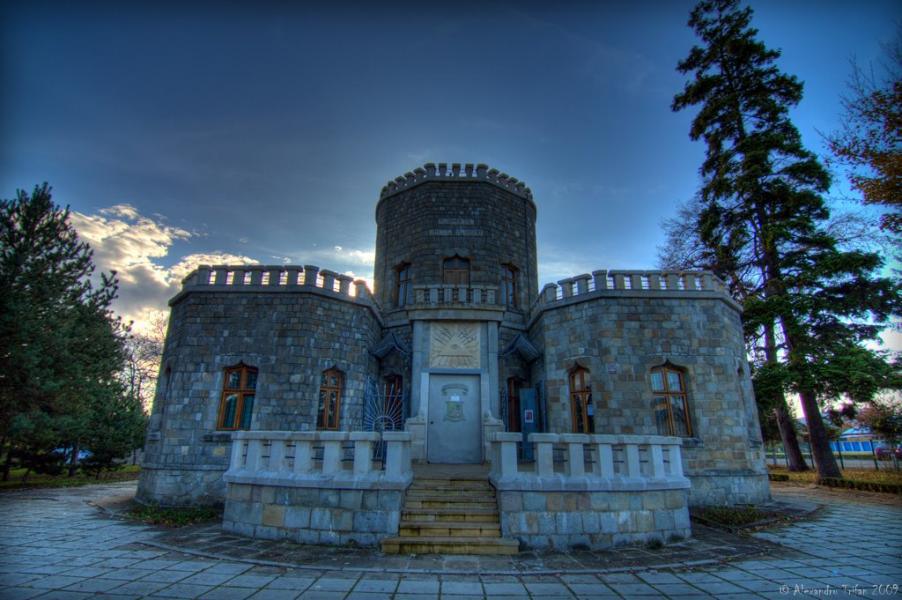 Iulia Hasdeu Castle has by far, the most touching story and it is a testimony of the pain a father had to endure after the lost of his only daughter. The father was Bogdan Petriceicu Hasdeu, a famous Romanian writer and philologist and the daughter was the genius Iulia, the first Romanian woman accepted at the Sorbonne University in Paris, which died of tuberculosis at the age of 19. It is said that after her death, B. P. Hașdeu decided to build a castle in her honour but the plans were dictated by Iulia herself during the many spiritism sessions. The castle abounds in symbolism, one of the rooms being special designed for allowing Iulia’s spirit to return and communicate with her beloved father. 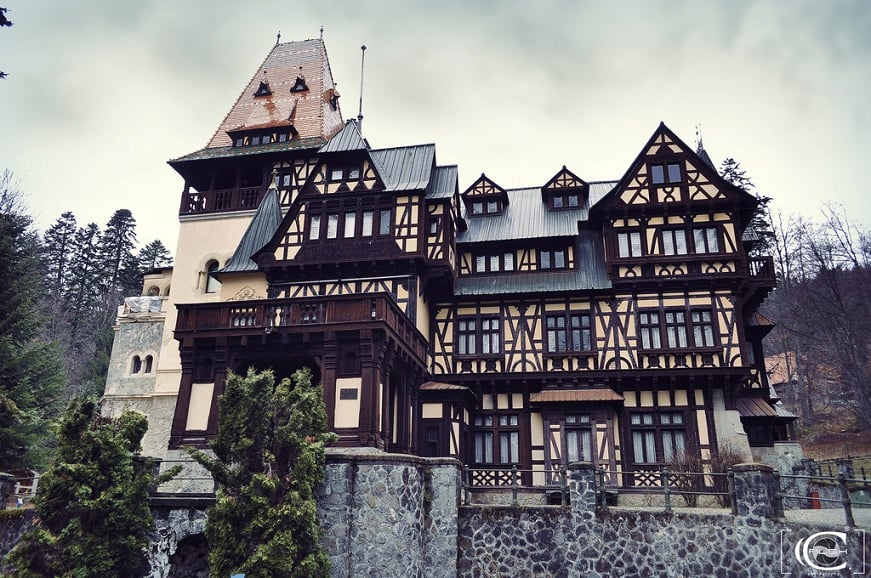 Pelişor was designed by the Czech architect Karel Liman in the Art Nouveau style; the furniture and the interior decorations were designed mostly by the Viennese Bernhard Ludwig. There are several chambers, working cabinets, a chapel, and "the golden room". Queen Marie herself, an accomplished artist, made many of the artistic decisions about the design of the palace, and participated in its decoration, including as a painter. Queen Marie considered Art Nouveau a weapon against sterile historicism, creating a personal style combining Art-Nouveau elements with Byzantine and Celtic elements. The hall of honour is very simple with the walls covered with oak-timber and a glass ceiling. 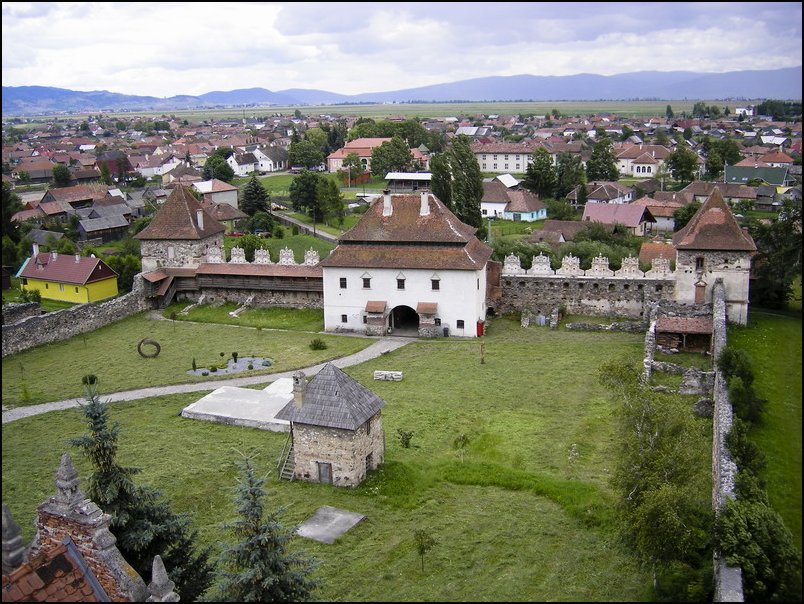 The picturesque Lázár Castle, the ancient home of the Lázár family is the most important monument from the late Middle Ages.
Lazar Castle is a castle located in Lăzarea, Harghita County, Romania. The citadel is named after Lázár noble family and it is built on a combination of Romanesque, Gothic and Renaissance styles. The building of the late renaissance castle started at the beginning of the 17th century. Istvan Lazar, Prince Gabor Bethlen’s uncle ordered a series of modifications to the castle. In the 1990s some parts of the castle, like the Women’s House were restaured. These restaurated buildings now is home the colony of artists and craftmen. The colony of artists was founded in order to foster folk traditions. This colony as well as the exhibitions of paintings and crafts are well-known all over the country.

Here is a selection of the beautiful photographs from the Urban Photographer of the Year 2015, a competition organized by CBRE, which brought together...
Read more

Jaggery also called as Gur, is made from sugarcane juice. This conventional form of unrefined sugar has all the natural goodness of the vitamins...
Read more

Not long ago, Malcolm Gladwell made a bold prediction. Fifty years from now, Apple will be around and Microsoft will be gone, but Bill...
Read more

Newly developed "smart glass" technology that mimics the shutter capabilities of a traditional camera could improve the pictures you snap on your smartphone. Researchers...
Read more
Load more