A Chinese farmer is making headlines all over the world thanks to his unusual mode of transport – a motorized suitcase! The steerable scooter-suitcase that weighs 15lbs when empty, is powered by a rechargeable lithium battery and can carry two passengers for up to 60km (37miles) at a maximum speed of 20km/h (12mph). 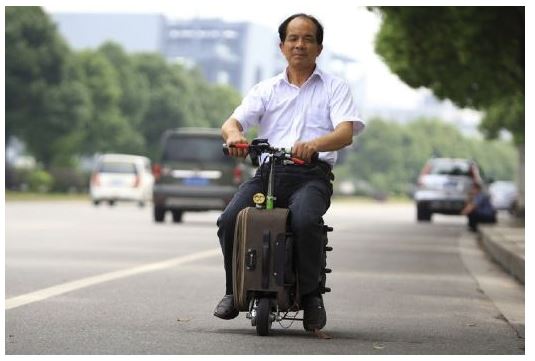 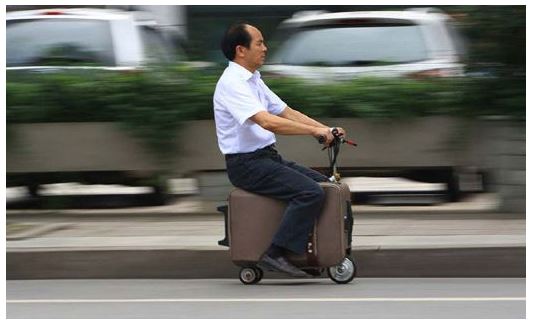 He Liang who resides in China's Hunan Province says that he came up with the idea in 1999, after losing his luggage whilst on the way to the airport to catch a flight to the United States, to claim a prize for an award-winning car safety system that he designed. It took ten years, but Liang now has a working prototype of 'City Cab' that he hopes to see on the roads in the very near future! Oh and in case you are wondering, City Cab does have room for clothes too!

Have You Ever Noticed That Brad Pitt Always...

Brad Pitt’s list of exes is pretty much a who’s who of Hollywood, with Jennifer Aniston, Angelina Jolie and Gwyneth Paltrow all having fallen...
Read more

Remember the previous Frooti ad with SRK and that amazing jingle that we all loved? Underlining the ‘Fresh and Juicy’ proposition began then and...
Read more

Uruguay and England go head to head in just few minutes in a match which will go a long way in deciding who qualifies...
Read more

What Historical People Do you Resemble the Most?

Which people do you resemble? The Romans? The Han Dynasty or the Vikings! Find out!     Click Me For More Such Quizzes
Read more