At the time of India partition, they were about 10℅ Hindu In Pakistan, now they are less than 1%, so it speaks itself. The human rights commission reports are also a pointer. Hardly anyone from minority has a chance to rise to prominence in Pakistan. They are supposed to live under compulsions and compromises.

We are going to share a True Story found on Quora.com Posted By Anonymous:

Here is The True Story :

"Dreadful in my case.
I am a Hindu, used to live in mithi, (sindh – pakistan), probably the only town in pakistan with hindu majority .

It  was 2005, My neighbor (my best muslim friends) had their daughter's wedding some time in December. Knowing the pitiful condition of non-islamic people in Pakistan I decided against taking my kids to the function, I myself wouldn't have gone had it not been for their special request.

I along with my wife went to the party, being the outcast no-one really bothered talking to us, we saw their ritual being performed, gave gifts to bride and groom, after having  our dinner we decided to get back early, kids had their exams next day.

While we were walking back to the garage in the basement, all of a sudden someone put a strong rope round my neck, trying to suffocate me, with such sudden attack I couldn't keep up neither see who they were. I fainted, once I was awake I found myself lying in some desert area with nothing in vision. I felt immense pain, as if having been beaten. I could not stand up  that entire day, struggled to walk by the dawn , somehow reached nearby highway by next morning and managed to get a lift. I reached my home that evening, only to find all my belongings robbed, even the plastic chairs and TV set were gone, my children had been beaten too, I could not find my  wife there. I reached out to my neighbors, but most of them had gone to pay visit to their wedding counterparts unaware of what happened to us. I went to the police station to file a complain against the attack and disappearance of my wife. They didn't seem too interested in filing complain, they asked me to wait for a few days, made abusive comments on my wife that she might have fled with her lover and having pleasure with him. I fought for her dignity which only led to being jailed for that whole night.
Never saw my wife again, never knew what happened to her.

Finally after my neighbors returned, they helped us a lot, they came along with me to police station, police finally reported my complain but then that was about it, I don't think they cared much about the case. My neighbors were very sympathetic and helped us a lot emotionally and financially.
They shifted to karachi next year, putting their flat on rent.

Life went back to normal, my girl was in high school by 2011 and boy in college.
I went to pickup my girl everyday from her tuition.


This January she didn't turn up after her tuition was over, I went about asking her usual friends and then her tuition teacher, he said that they held a surprise test today, she completed her test early, submitted her sheet and went out. I started panicking, went about searching for her, didn't tell my son, he had internship set in Lahore, he'd have left everything and come.
Police didn't help again this time, I went about searching for her everywhere on highways, nearby lakes, showed her photo to every one I came across. After 4  days, I lost all hope, called my son up that night, sitting like a beggar by the road side, cried for the first time in front of my kid, like a helpless father.


He came back in 2 days time, we went to Karachi to seek help from police there, they seemed quite supportive, they asked us to go back home and that they'd do all they could to find her.

Next day while I was sitting in my balcony, analyzing my life, how I failed my wife and now my kid I saw her coming, With torn clothes about her, I knew then what had happened to her. They raped her for 5 days, made her do unusual things I cannot explain.
I decided then to leave pakistan, applied for visa to India, but it was denied, possibly because of the tension on pakistan-India border due to some soldier beheading case.


We went to Saudi Arabia in march and then to India just last month (October) .

My daughter never regained her usual self and has tried committing suicide twice. If anything , pray for her well being.

I hope I never have to go back to Pakistan ever.

I would like to clear here that Pakistan is a country divided by religion, politician and terrorism. Not all of them are bad, my neighbors were the best thing that could have happened to us. They made our fight their own while they were with us. I wanted to meet them before leaving Pakistan, but could not.

Just wanted to clear this out friends, I do not blame Islam religion for what happened to me.

There are Islamic countries like Turkey, Indonesia among several others living in peace and harmony.

These are minority *islamic extremist groups* in pakistan, who do notorious stuffs in the name of religion. Being the most visible ones people usually consider their action as religious act and believe that others must also be doing the same. 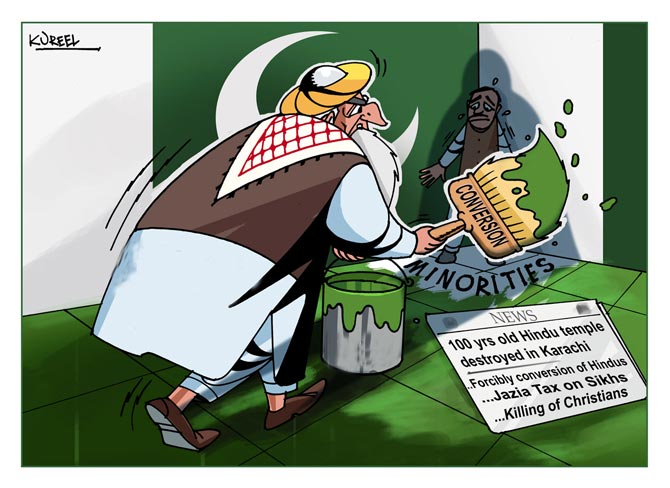 
You won’t read about this in the Western mainstream media or even in the Indian media, which has turned a blind eye to this ongoing tragedy because they are afraid to be labeled “politically incorrect” or “Islamophobic.” Fortunately, there are a few very brave Hindus who are taking a stand against the Muslim terror campaign in India. Over a period of 800 years, millions of Hindus were slaughtered by Muslims as infidels or converted by the sword. In March 1971, the government of Pakistan and its supporters in Bangladesh launched a violent operation, codenamed “Operation Searchlight,” to crush all pro-liberation activities. Bangladeshi government figures put the death toll at 300,000, though nearly 3 million Hindus were never accounted for and are presumed dead.” U.S. officials in both India and Washington used the word “genocide” to describe what took place.

Muslims have turned Lebanon, once a Christian-majority nation, into an Islamic state by murdering, converting and driving away the Christians through persecution and terror. Christians of Nigeria have become the most horrible victims of Islamic jihad in recent years. This should give a clear idea about how the Hindus, Christians, Buddhists and other non-Muslim groups would be treated in Islamic countries like Bangladesh and Pakistan. Presently, the oppression of the Hindus in Pakistan, abduction of minor girls and forcibly converting them to Islam, raping them or forcibly marrying to Muslim thugs, have become commonplace, attracting the global attention.

Hindus today constitute a small fraction, about 1.2%, amounting to 1.96 million, of total Pakistani population. Many apprehend that by 2016, this ratio will drop down to almost 1%, as very many existing Hindus will have to accept Islam to avoid persecution or death or leave Pakistan altogether.

Ratan Chitkara was a doctor at a hospital in Pakistan's Chitral province. He was the best candidate for the post Chief Medical & Health Officer, but denied promotion to the post. To overcome the religious discrimination, he at last embraced Islam and became Saeed Khan. But still he was not promoted to the post. To explain the reason, one of his Muslim friends said that he willy-nilly accepted Islam ('Dil se nahin liya', i.e. not accepted from the core of his heart). The question remains: Did the ancestors of the Pakistani Muslims converted to Islam from the core of their hearts. History tells that, they were mostly converted under coercion and torture, a large number of them through enslavement and other to save their lives.

In India, as many as four Muslims, namely Zakir Hussain, Muhammad Hidyatullah, Fakruddin Ali Ahmed and A P J Abdul Kalam, were elected to the highest civilian post, the President of India. But it is beyond one’s wild imagination that a Hindu will ever be elected the President of Pakistan. There are many Muslims in India included into the top brass of the defense forces. For example, Idris Hasan Latif was raised to the post of Air Chief Marshal of Indian Air Force. But there is not a single Hindu holding such a top position in Pakistan armed forces. One should also note that the second Chief Justice Bhagwan Das, a Sindhi-Hindu from Shikarpur, Sindh, has not been made the CJP (Chief Justice of Pakistan), as a result of religious discrimination.

Veerbhadra Seksaria, the only Hindu industrialist from Pakistan, has never been permitted to set up a cement factory in Pakistan's lone industrial city, Faisalabad. There are many staunch secularists in Indian media, such as Teesta Seetalvad (married a Muslim), Arundhati Roy (a Syrian Christian) and Mallika Sarabhai (a Gujrati Hindu), start shedding tears if any 'wrong' (or twisted wrong) happens to the Muslims in India. But these secularists remain silent spectators when Hindus are oppressed either in Pakistan or Bangladesh.

In the Indian state of West Bengal, the present Trinamool Congress Government, led by Kumari Mamata Banerji, has made Urdu the second language in schools and colleges, where Muslim population is 10% or more. But in Pakistan, Karachi and Islamabad universities have abolished their Hindi departments, and even certificate courses in Hindi because it's the language of the Kafirs or infidels.

Life in India can't be that bad after all!!


This is what happens to Hindu Girls in Pakistan !!


What do you think About This Story ? We want to hear from you ! Share your comments below.