Why Do Japanese Sleep So Much on Trains ? | Workaholic Hardworking Crazy Japan Video

An Imgur user recently posted this adorable sequence of photos. This man took a photo with his son, every year and nearly 30 years...
Read more
Animals

Here We are Trying to find out an answer of this question: Why Do Japanese Sleep So Much on Trains ?

Tokyo trains – clean, safe, efficient, and perfect for a nap according to your average Japanese commuter. And I’m not just talking about a little shut eye, or a bit of head nodding. I’m talking about deep sleep, in a matter of moments, and in epidemic proportions. If you travel on Japanese trains, whether the overland or underground, the public or private, the local or rapid service, the Metro, the JR or the Shinkansen, I can guarantee that you will see Japanese people asleep.

But these intermittent periods of dormancy raises some very important questions about the Japanese– firstly in a society that prides itself on politeness, civility, restraint and resilience, why is snoozing on the subway socially acceptable? But also, and perhaps more intriguingly, why is the phenomenon so widespread? 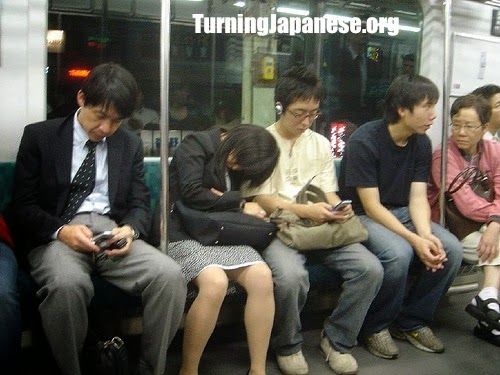 I am not Japanese, so I would never dream (pardon the pun) of falling asleep on the train in my own city (Sydney, Australia). I worry that if I fell asleep on my way into Town Hall, I would wake up either without my bag or wallet or shirt or tie, or alternatively I would wake up with my shoes tied together, or a ‘kick me’ note attached to a part of the body not normally associated with being kicked. More likely is just plain sleeping through my stop (FOMGO – the fear of missing getting out).

But the Japanese do not have to deal with these trivialities, firstly because there is virtually no crime in Japan, even in Tokyo, and particularly on the trains – no matter how uncomfortably you go to sleep, you can do so knowing that when you wake up you will still have your belongings. Secondly, apart from completely organised and televised prank shows, I don’t think the Japanese are big into random pranks carried out on unwilling victims. As to the third issue, I have yet to work out how the Japanese seem to magically wake up at their desired stop, avoiding the problems of FOMGO altogether. 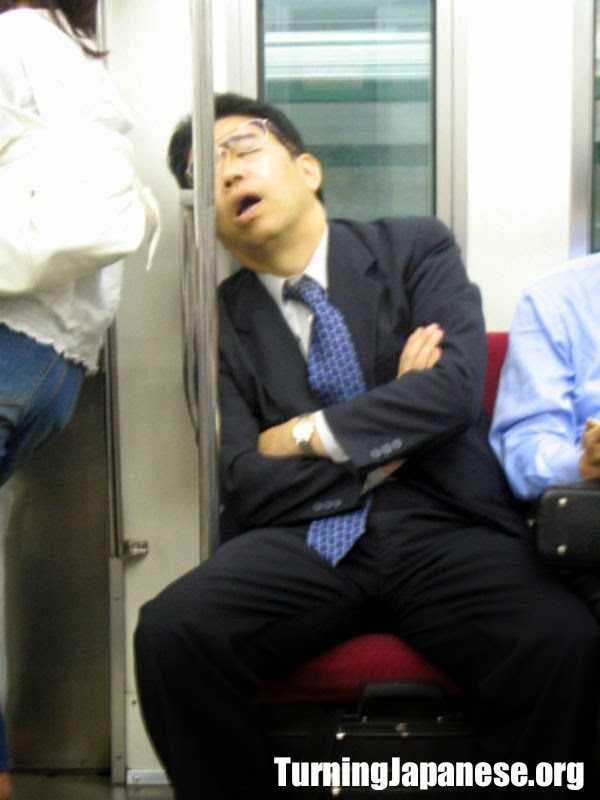 But why is the practice so common? I have researched this issue for years now (by which I mean randomly looking around on the Internet for the last hour or so) and here are the top ten reasons I discovered (ranging from the most plausible to the least plausible explanations).

It may sound crazy but the best and most sensible answer I read was that people in Tokyo are tired. This could be from the fast pace of work or school, or the inordinate amount of bowing they do, or even from all the effort it takes at making Tokyo the best city in the world, but generally Tokyoites are weary and worn out whenever they get on a train;
Tokyo is such a large city, and commuting is so common, that it is not uncommon for people to commute up to 3 or 4 hours a day. Given the first reason, it seems obvious that at some point during that commute you might try to get forty winks.
Land, houses and apartments close to the city cost so much that people are living further and further from the city so – See point 2;
The trains are comfortable, namely heated in winter (perfect for sleeping) and cooled in summer (perfect for sleeping);

People are not actually asleep but just don’t want to look at all the other people on the train;
People feign sleep so as not to have to give up their seats;
The repetitive sounds, speed or vibrations of the train can lull you into a slumber, just like a baby being rocked to sleep by their mothers;
Traditional Japanese beds (futons) are so hard, that no one is sleeping at night so they have to make up for it by sleeping on the trains;
The Japanese diet is high in carbohydrates which make falling to sleep quicker;
The Japanese have longer intestines, which means their circulation takes longer.

I really have no idea why it is so common but it does appear that the Japanese are currently tag teaming on and off the trains to ensure that there is at least one person asleep in every carriage (if not an entire row). 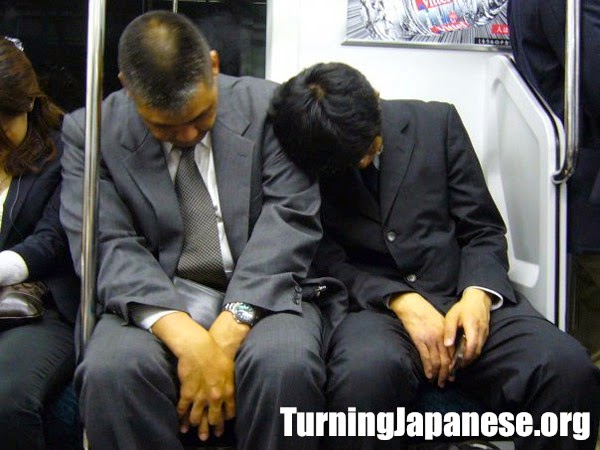 What do you think? Have you ever fallen asleep on a train? Was it because of one of these reasons? Why do you think so many Japanese people sleep on the trains?


Now Just Take A Look At Some YouTube Video:


Japanese Guy sleeping in the train:


Japanese woman sleeping in the train:


Japanese lady sleeping in the train:

Like many of you, I'm busy. I rarely take a day completely off, weekends included. Occasionally, my mom has to text me, "Seriously, are...
Read more

13 Hilarious But Important Differences Between Men And...

Men and women are the same? Actually we are all human but there are a few differences between. In the article below you could...
Read more

She is strong, She is trying & finally...

Its a Video about Patriarchal Society of Man & Woman, not all the people on this planet are patriarch.   Some YouTube Comments: The voice of the...
Read more

More Than Half Of The Money Spent Over...

Online advertising is a fickle thing. It accounts for 20% of the ad industry’s total spending, and over 90% of revenue for the internet...
Read more
Load more