10 Crazy Bridges for Animals Around The World | Wildlife Crossings

9 Adorable Pics Of Snow Monkeys of Jigokudani | The Japanese Macaques

Animals bridges, which may also be known as ecoducts or wildlife crossings, are structures that allow animals to safely cross human-made barriers like highways. A wildlife crossing is the broadest term and can include: underpass tunnels, viaducts, overpasses and bridges, amphibian tunnels, fish ladders, culvets and green roofs.

Animals in the wild need to migrate to find mates, food and other resources for their survival, and sometimes their routes take them across busy highways. This can be dangerous for both wildlife and drivers.

10 amazing wildlife crossings from around the world 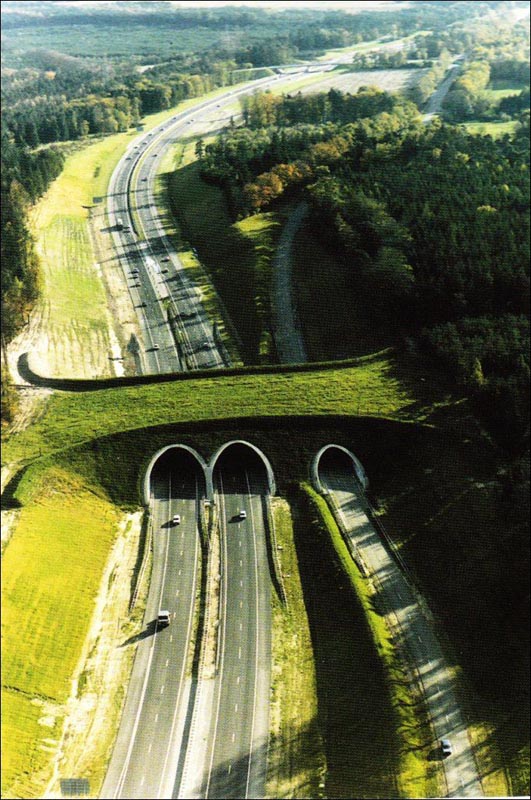 The Netherlands was one of the first countries in the world to deploy a network of wildlife crossings across the landscape. More than 600 have been built in this country, including the world’s longest wildlife overpass, the Natuurbrug Zanderij Crailoo, which is 50 meters wide and over 800 meters long. It spans a business park, a river, a roadway, a railway line and a sports complex.

2. Highway A50 in The Netherlands 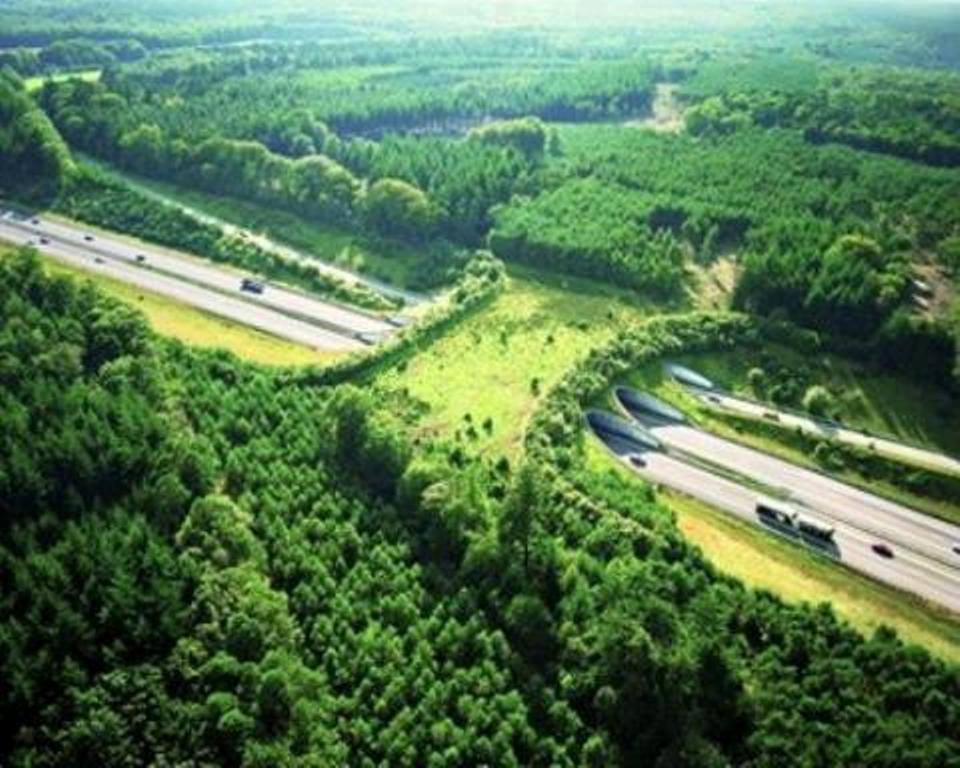 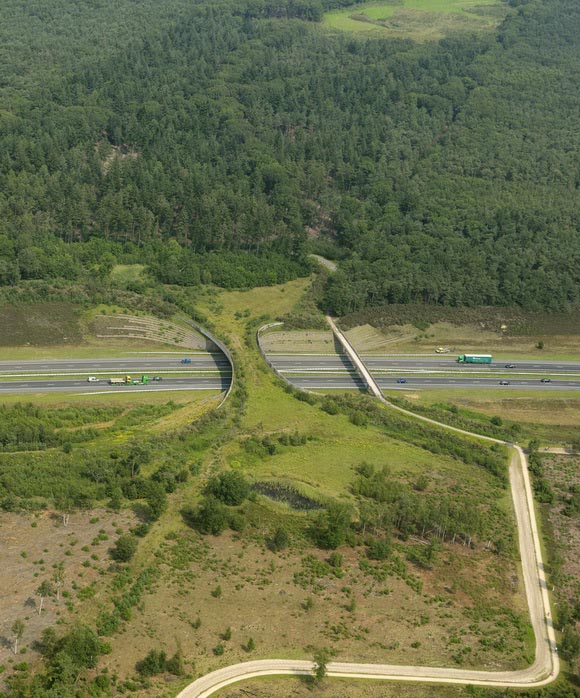 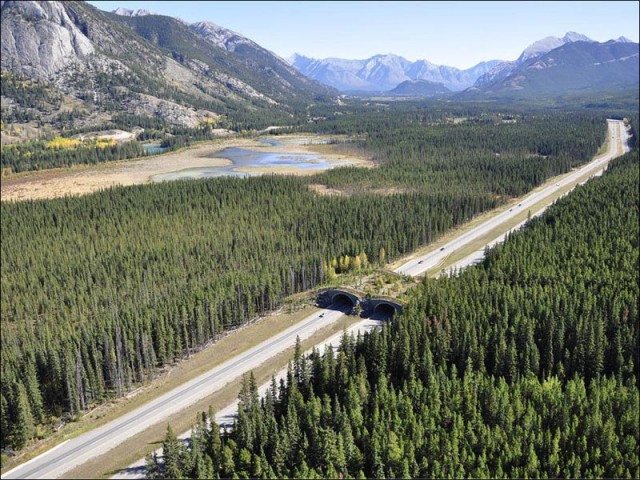 Wildlife crossings have also become increasingly common in Canada and the United States. The most recognizable wildlife crossings in the world are found in Banff National Park in Alberta where the national park is bisected by a large commercial road called the Trans-Canada Highway.

To reduce to effect of the four lane highway, 24 vegetated overpasses and underpasses were built to ensure habitat connectivity and protect motorists. These passes are used regularly by bears, moose, deer, wolves, elk, and many other species. 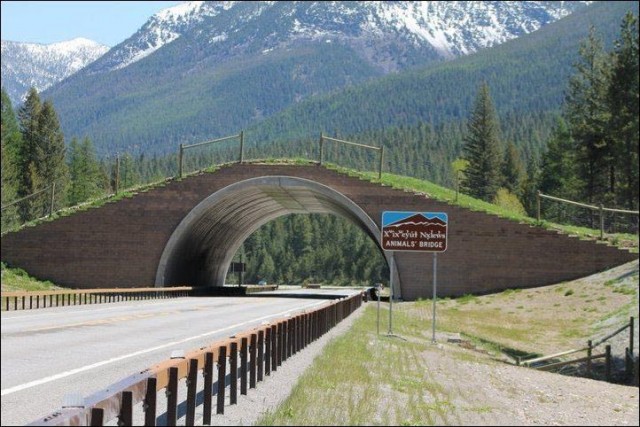 The eco-bridge is an innovative idea to help those animals cross more safely. At first glance, it looks like a typical highway overpass. However, unlike a road or pedestrian walkway, an eco-bridge is covered with tons of dirt and native vegetation to create a seamless path for animals to travel. 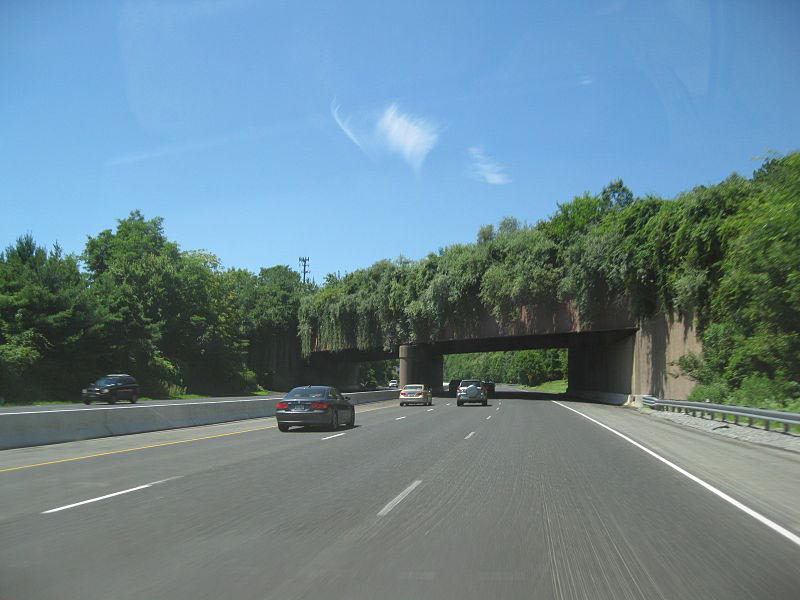 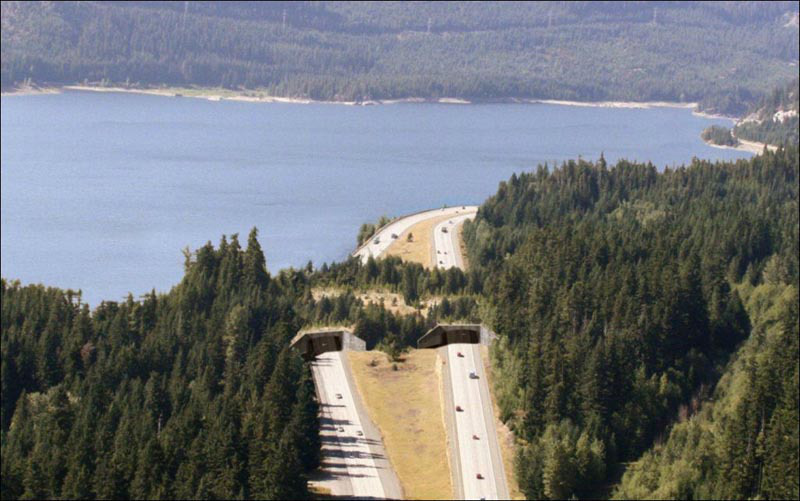 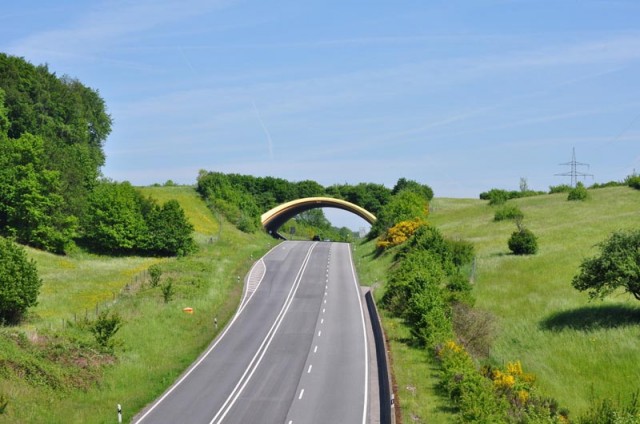 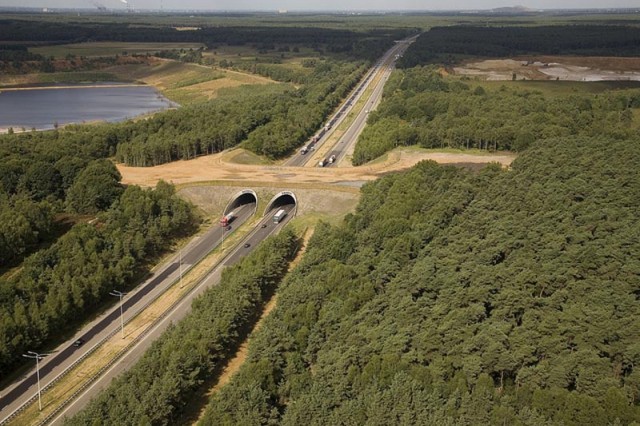