Afghan Girl is a photograph by journalist Steve McCurry. The photograph has been likened to Leonardo da Vinci’s painting of the Mona Lisa and has been called “the First World’s Third World Mona Lisa”.

National Geographic photographer Steve McCurry took photos of Afghan refugees in a camp in Pakistan in 1984. The cover of the June 1985 edition featured one of those photographs–a photo which became “the most famous picture in National Geographic’s 114-year history.” 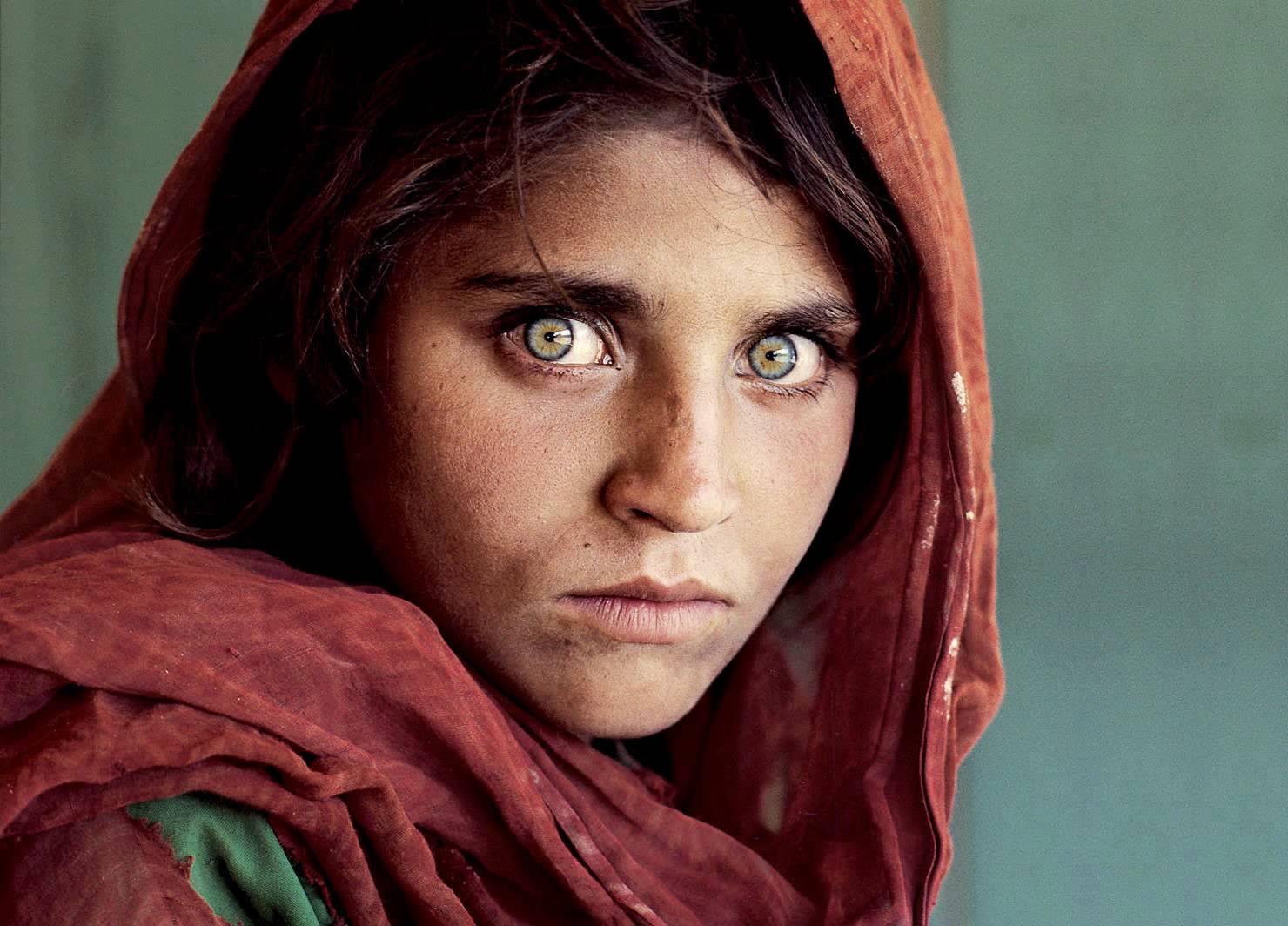 In April, 2002, they published “Found: After 17 Years: An Afghan Refugee’s Story”, an article by Cathy Newman with photos by Steve McCurry. 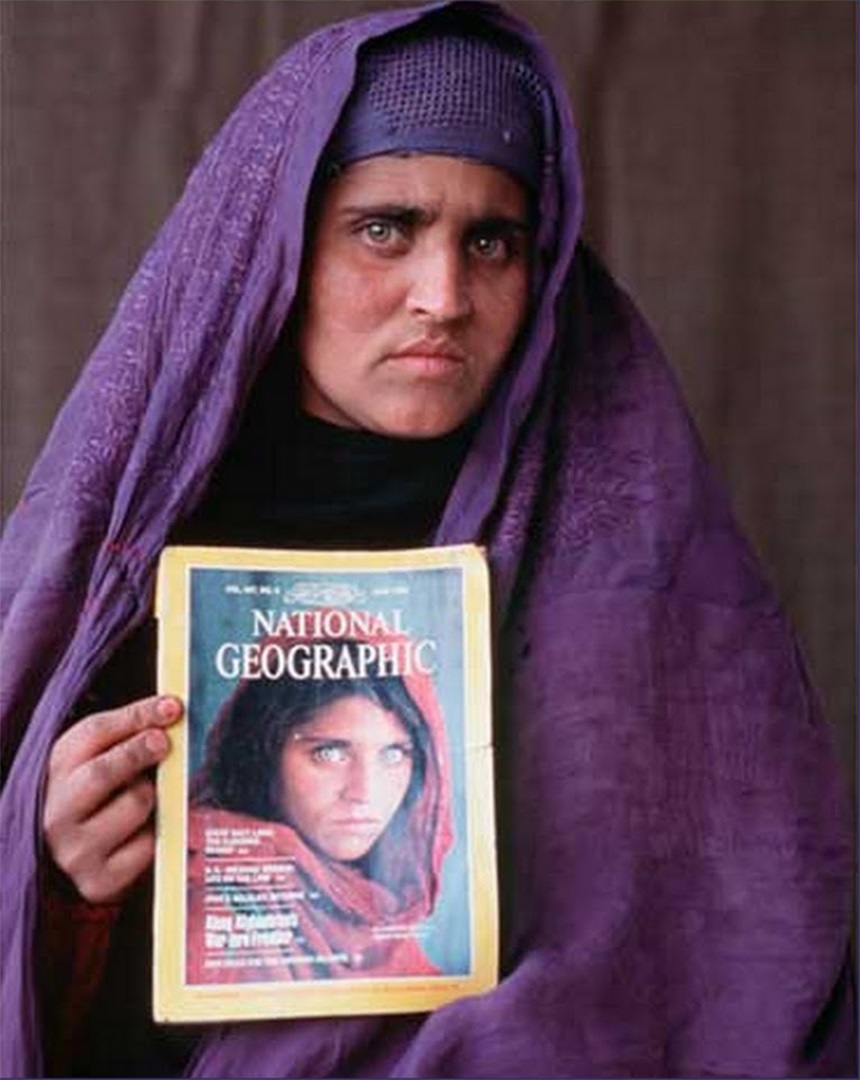 In 2002, McCurry was able to locate the subject, Sharbat Gula, and learn her story. National Geographic then published a fascinating piece telling the story of the photo, the search, and the subject:

“The reunion between the woman with green eyes and the photographer was quiet. On the subject of married women, cultural tradition is strict. She must not look—and certainly must not smile—at a man who is not her husband. She did not smile at McCurry. Her expression, he said, was flat. She cannot understand how her picture has touched so many. She does not know the power of those eyes.”

I will never forget when I saw this for the first time on the cover of National Geographic. The eyes were so incredibly piercing. I was also amazed by the colors and how well they complimented eachother. 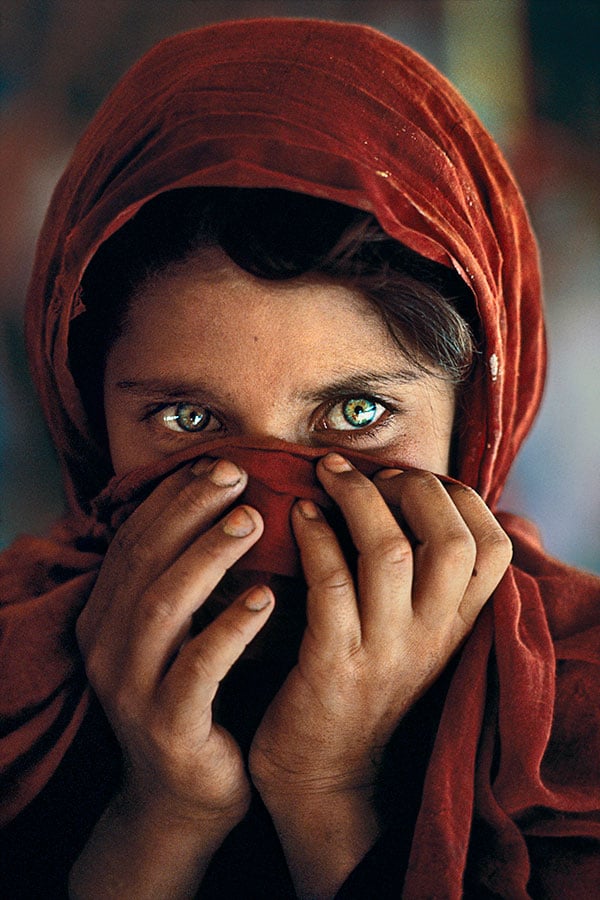 Some interesting facts: McCurry shot the photo on Kodachrome using a Nikon FM2 and Nikkor 105mm f/2.5. Gula’s identity was confirmed by comparing her iris to the Afghan Girl’s. Although she had never seen her famous portrait, Gula distinctly remembers sitting for the photo — it was one of the only times in her life that she had a photo taken of her.

Renowned photographer Steve McCurry earnestly recalls shooting the photo ‘Afghan Girl’ for National Geographic. ‘Afghan Girl’ is often described as one of the most recognizable photos in the world. 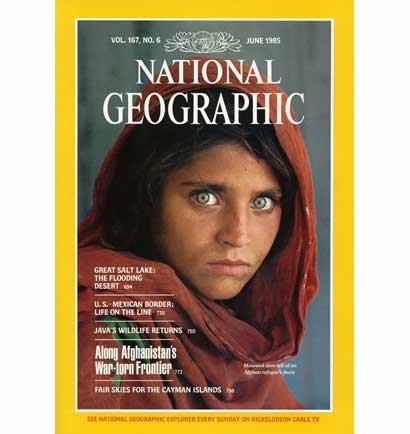 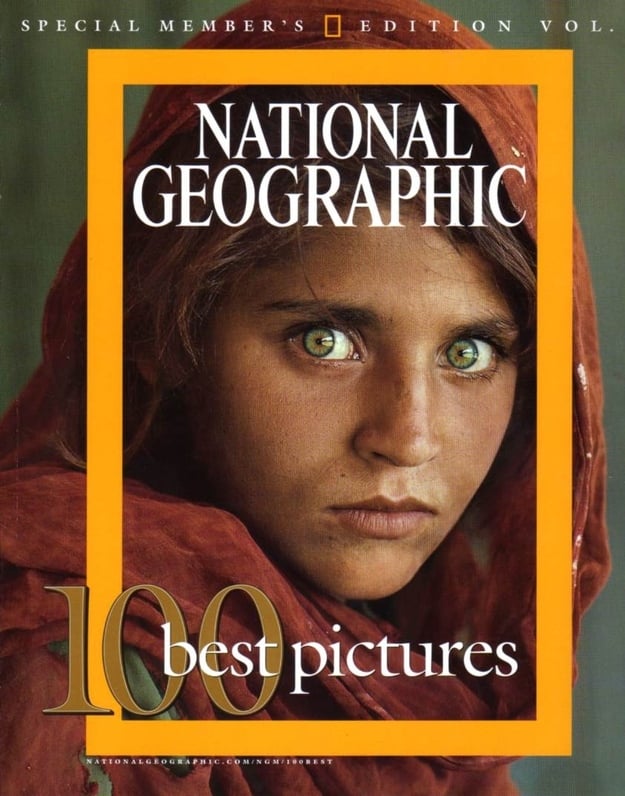 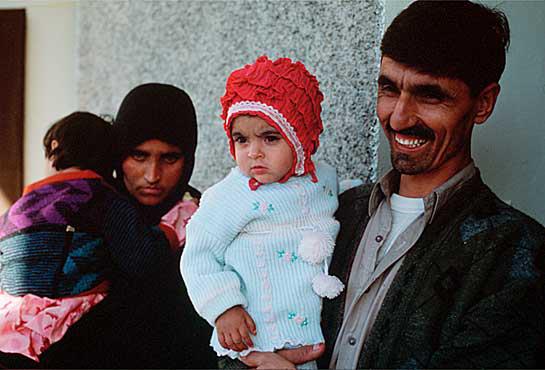 Here is the story of Sharbat Gula

Now Just Do Me A Favour, Share this with your friends!!

Let's Meet The 500-pound tortoise named Jonathan is believed to be the world’s oldest known living land creature and resides at an old plantation...
Read more

The Troll A platform is a condeep offshore natural gas platform in the Troll gas field off the west coast of Norway. It is...
Read more

Avocado, which is also known as Alligator Pear are one of the most rich, delicious, and satisfying foods on the planet., Not only the...
Read more

Ashwini Ponnappa is a force to reckon with in doubles, and when it comes to strutting her wares on the badminton court, this 25-year-old...
Read more
Load more