He is one of the most Snake obsessed dad In America, yes this FATHER from California allows his three young children to play with his 19ft reticulated python and huge lizard collection. Eric LeBlanc is a reptile enthusiast who owns hundreds of lizards and snakes.  He recently had to move dozens of the apex predators into his home when a fire at his reptile store killed some of his animals and injured many more. Despite the danger the animals could pose he has no problem allowing his three children to handle them. 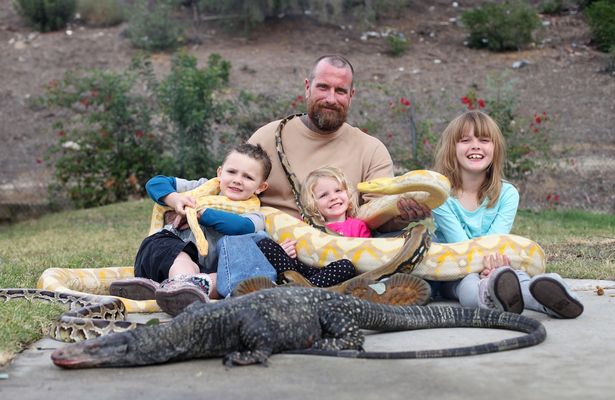 Eric LeBlanc, 43, says that he’s happy for the children to wrap themselves in the deadly snakes. Even his four-year-old son getting bitten by one of his pets has not put him off. 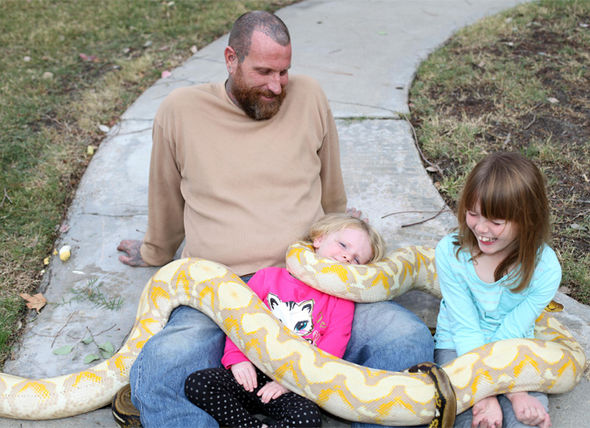 Mr LeBlanc, a reptile shop owner from Anaheim, California, insists that his children are safe around the animals. He has brought dozens of the beasts, which include snakes and large lizards such as Komodo Dragons, into his home after his store burned down, leaving them with nowhere to stay. 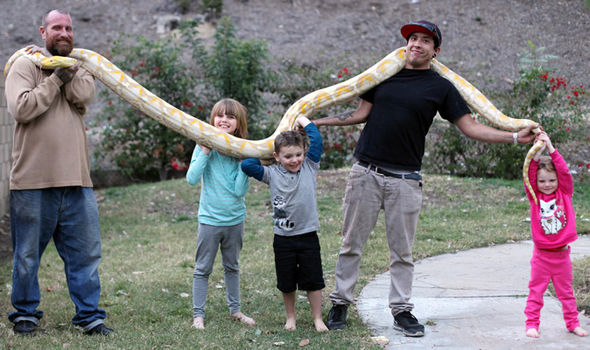 They now share the space – and playtimes – with Erica, three, Larry, four, and Katie, seven. One of their favourite playmates is Shelby, a 19ft lavender reticulated python. The muscular apex predator is not venomous, but has huge teeth and can constrict her prey.

She could easily eat a child – but Mr LeBlanc insists she is “placid” and “safe”. 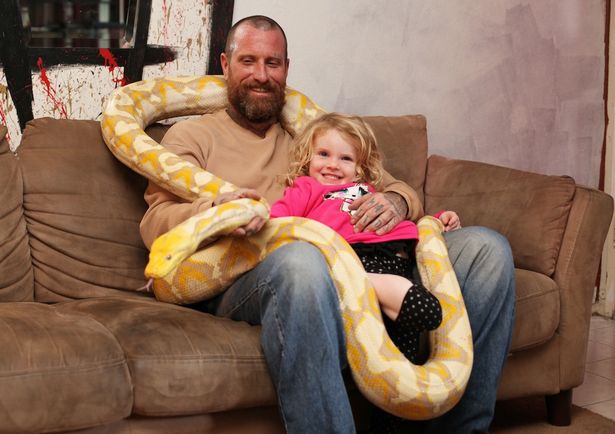 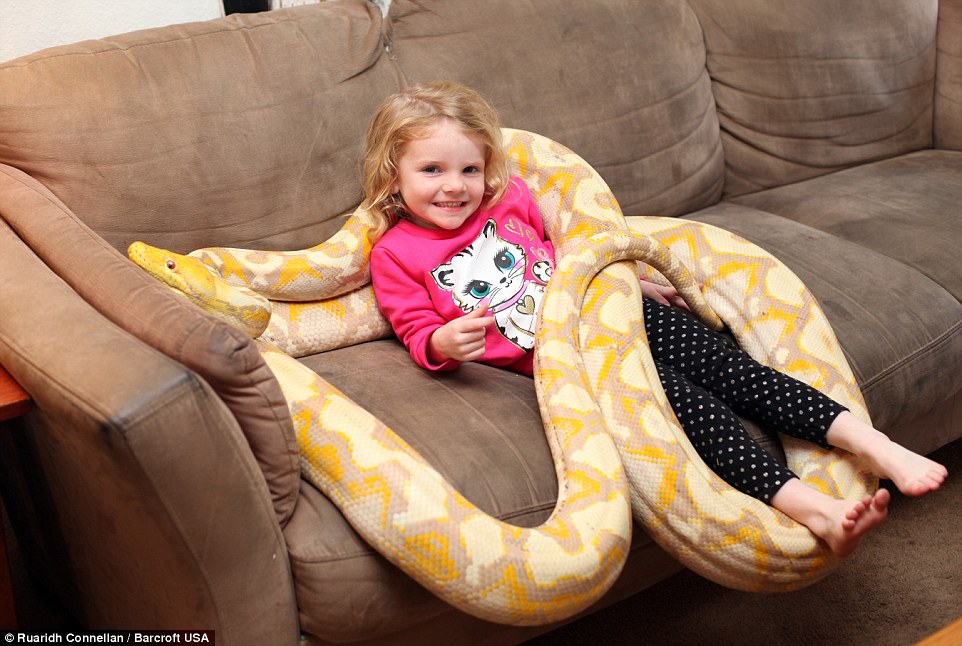 “She is over 19ft long and believe me, I know what she is capable of. When you hold her you can feel her moving you – she is like one big muscle. 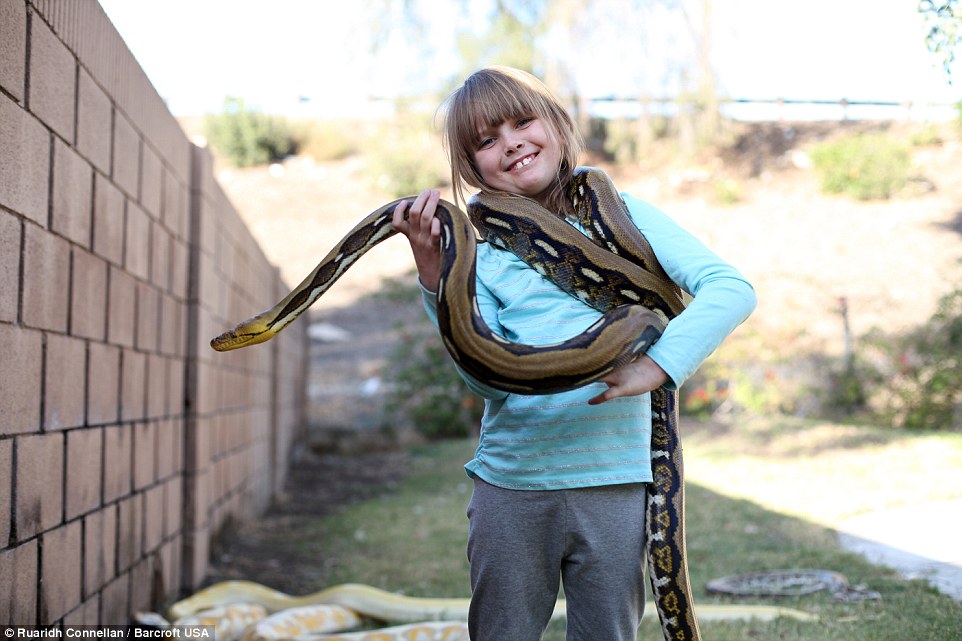 “When she is playing with the kids she really pulls them. They can really feel the strength of her – you’ve got to have total respect for these animals and that’s what I have.” 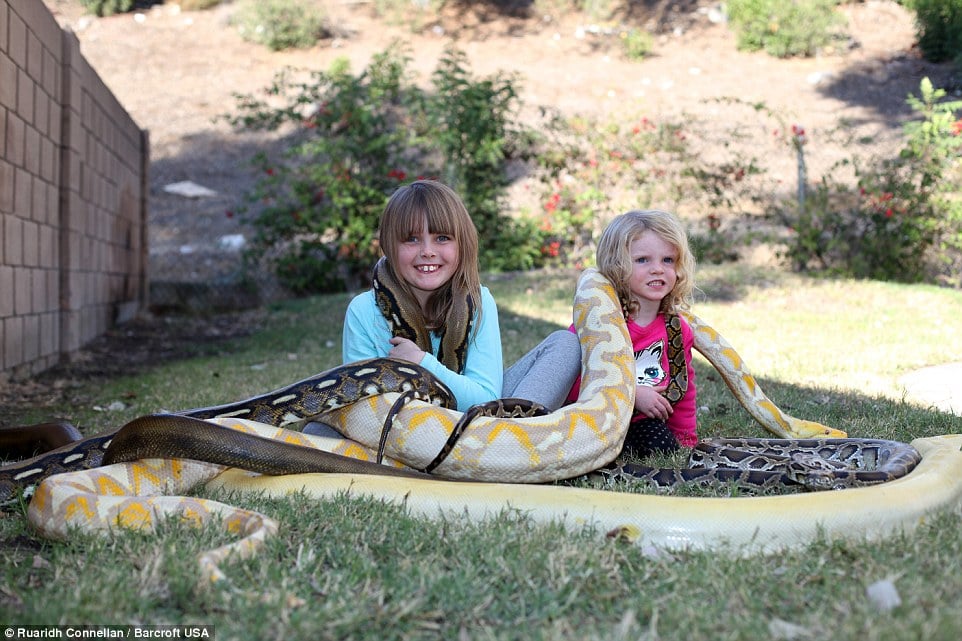 Mr LeBlanc insists that he always supervises his children with the snakes, and wouldn’t let them play alone. But even that has not stopped them getting hurt. 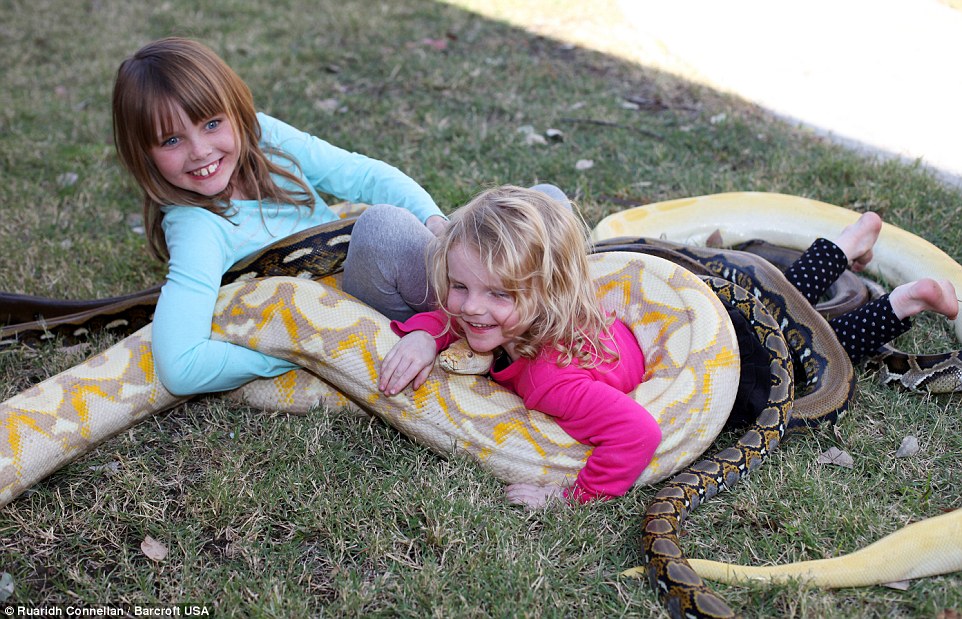 He said: “My kids have been bitten by pythons and dragons but they’re always fine.”

“Growing up I was bitten by snakes, dogs and lizards but my biggest accident was when I fell from a tree – anything can happen – kids will be kids.”

“My children have been taught how to approach them and can definitely tell if one of the animals is agitated. 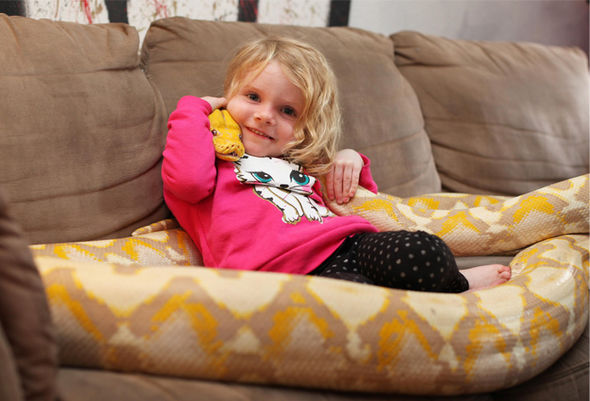 “They’re really learning and know the difference between lots of different pythons and different kinds of rattlesnakes – they absorb everything.”

Katie gave her opinion on her reptilian upbringing, and said the snakes are “really nice”.

She said: “You have to start timid with them and hold it free.

“You need to be relaxed and know that it’s not going to hurt you.

“At first they may try and strike at you but once they know you don’t mean them any harm they’re really nice.” 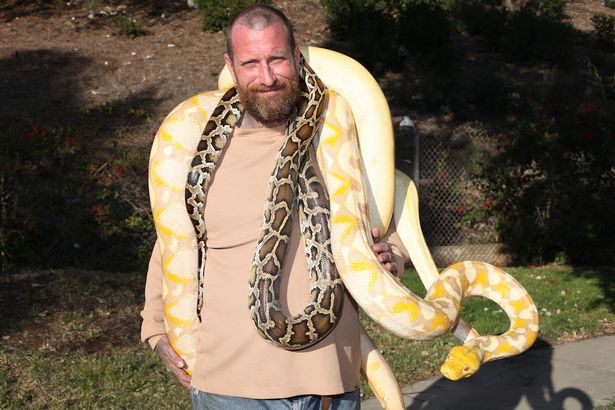