Boko Haram: The Nightmare for Christian in Nigeria

Boko Haram's attacks in northern Nigeria have been well documented in the past year, but now its aim of forming an Islamic caliphate in the region is becoming a reality in the predominantly Christian Yobe and Borno States.

But while the British and American forces support the Kurdish Peshmerga forces in northern Iraq, the Nigerian Army struggles to combat the surprisingly sophisticated militant group with limited international support.

"The possible dangers for Nigeria and the region if this insurgency is not contained may have been underestimated, as has Boko Haram's military capacity," says Dr Khataza Gondwe, team leader for Africa and the Middle East at Christian Solidarity Worldwide. 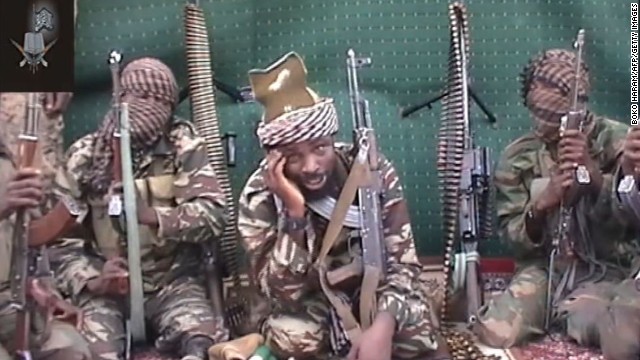 Abubakar Shekau, who claims to be the leader of the Nigerian Islamist extremist group Boko Haram, is shown on September 25, 2013 Image Source

Residents of Gwoza Town, Borno State in northern Nigeria, have been too afraid to sleep in their homes for several months fearing the terror group's threats. Instead they've slept in the hills and come down during the day. But on August 6, Boko Haram militants overran and destroyed the town, conducting house to house killings and causing many to flee to the hills, which are now encircled by the militants.

The fact that they have not gone up into the mountains could indicate that these militants are not a local group.

"If they were from northern Nigeria or nearby in Cameroon, they would know their way around the hills," Gondwe says. 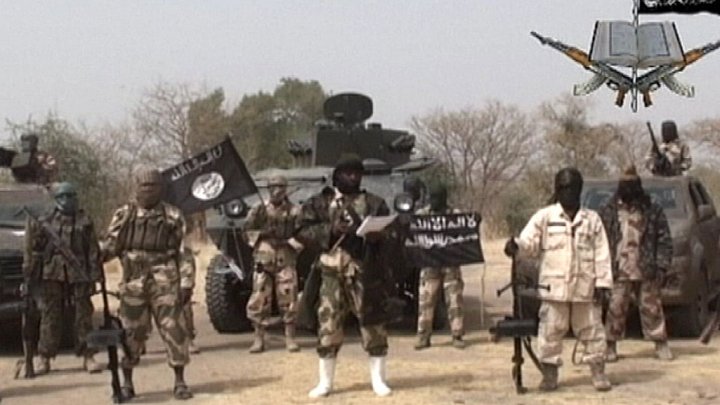 Some have managed to leave the hills – including the Emir of Gwoza, (the town's Muslim chief) Alhaji Mohammed Idrissa Timta. The emir's father was murdered by Boko Haram in May. During the recent attack on Gwoza, they killed his wife and destroyed his palace, but he managed to escape.

It is not known how many are still stranded in the hills, possibly hundreds, with 10,000 Gwoza residents reported to be displaced within Nigeria, in camps where supplies are running low, or in Cameroon.

Community leaders have insisted that state governments have failed to protect predominantly Christian areas of Yobe and Borno from Boko Haram. They believe the majority-Muslim state governments had little incentive, neither political nor religious, to respond to this persecution until it threatened them directly. 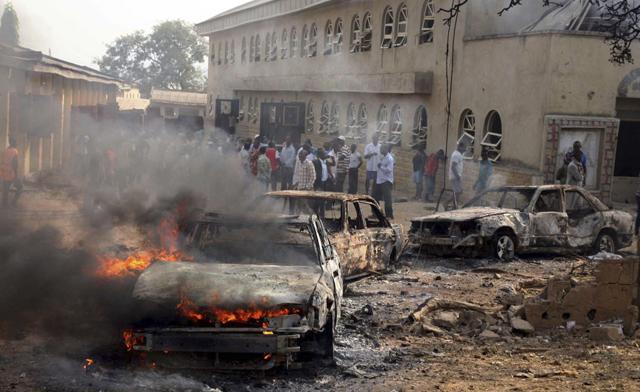 Boko Haram has now established its own emir, and looks set to declare its own state, as it continues to gain territory, planting its flag as it goes.

As one group of Boko Haram fighters overran Gwoza and the surrounding area, up to 100 men and boys were abducted for forcible conscription during a raid on Doron Baga, a fishing village on Lake Chad, last week. There are unconfirmed reports that a group of men was released across the border in Chad after Chadian armed forces took on their kidnappers, killing several.

This abduction comes four months after more than 200 girls were taken by the militants from a school in Chibok village near Gwoza, and have still not been found. 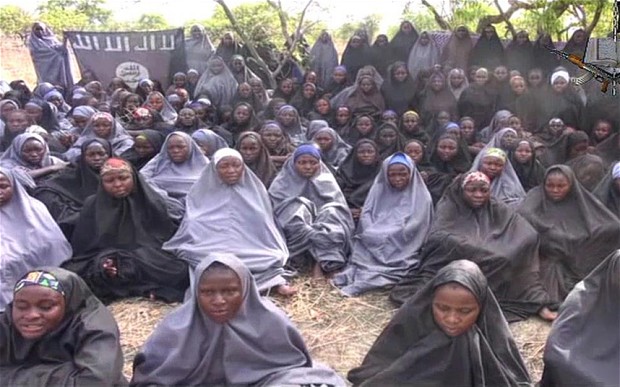 Nigerian forces have tried to retake Gwoza, but have not been successful. International reluctance to support the Nigerian army may be influenced by a lack of trust in the government and its forces.

A Channel 4 documentary on 'Nigeria's Hidden War' which aired last night charts the human rights abuses of the army against its own people.

So far, the international response has concentrated on ensuring that the army is not committing war crimes, while an increasingly well-armed Boko Haram has continued to advance militarily.

And while western nations hold back from resourcing the Nigerian Army, there is concern that money paid as ransoms to Boko Haram from France has been used to buy sophisticated weaponry. The terror group may well be better equipped than the national forces.

It is not known how large Boko Haram is, but it is clear that it has now spread from its original base in northern Nigeria and has begun recruiting in Cameroon, Niger and Chad. It is said to have killed 13,000 people since it became active in 2009.

Boko Haram Slaughters 1,000 Christians – Cook Them Alive and Chop Them to Pieces!