Rebecca D’leema, who was formerly part of the cabin crew with Kingfisher Airlines and spent six months designing this office, says most of the features reflect the beliefs and thoughts of the founders. That is the reason, she says, there is no system to mark attendance for employees. There are also no access codes or cards for entering and exiting.

“The founders absolutely dislike wearing dogtags around their necks and they are clear about the fact that if they dislike something, how can they make their teams do that?” D’leema says. “Naveen (Tewari’s) dislike for wearing trousers

“InMobi is my dream company,” confess two candidates who interviewed for jobs at the Bangalore-based mobile advertising firm earlier this year. Their desire, however, has less to do with InMobi’s business or their job profiles and more with the company’s new office on the outskirts of the city. A visit to the office  on Outer Ring Road explains these aspirations.

Work at the InMobi office, spread over 120,000 sq ft and across three floors, may still involve writing code as in other information technology companies, but one can do so on the re-writable desks or walls, sitting on one of the 100 beanbags in the office. Or at any of the two fully-loaded coffee shops or meeting rooms that have cartoon graffiti on the walls. In between coding, an employee can choose to play at the well-spread games zone or jam in the room dedicated for singing and playing musical instruments or just catch a nap in any corner.

Founded in 2007 by four alumni of the Indian Institutes of Technology (IIT) — Naveen Tewari, Mohit Saxena, Abhay Singhal and Amit Gupta —, InMobi is one of the most successful Indian software product startups. It is among the top three mobile advertising firms globally and has business across nearly 200 countries, with revenue estimated at $200 million for 2013, say sources. 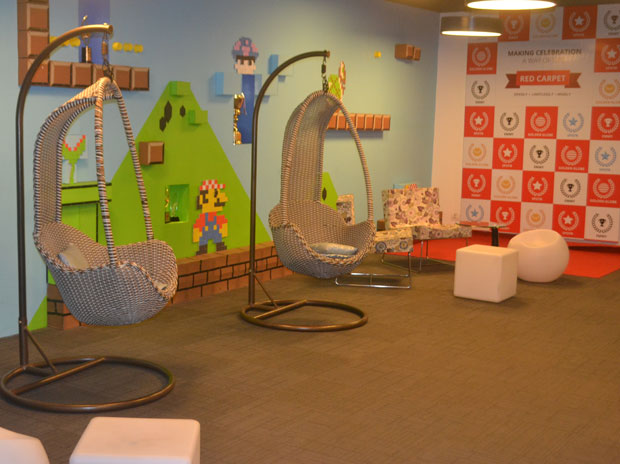 is the reason no one in office is expected to wear formal clothes.” An employee says the joke goes that the last time Saxena wore a formal suit was at his wedding several years ago. On a regular day, employees can be seen wearing harem pants, spaghetti tops,shorts or jeans.

The marketing team apparently had a tough time convincing the co-founders to wear formal suits to the Forbes India Leadership Award earlier this month where the company won in the ‘Outstanding Startup’ category. Tewari's dislike for wearing formals was also mentioned by Forbes, which said, “The young promoter is not very fond of wearing formal suits but made an exception.”

The office has 22 meeting rooms with cartoon graffiti on the walls, mostly done by employees or their families. Each room has a different theme, like Chacha Chaudhary, Dilbert or Calvin and Hobbes. Several other meeting rooms are designed as tunnels and some as lounges with velvet sofas in bright colours. The passage between the meeting rooms is marked as ‘Temple Run’, inspired by a mobile game by the same name to signify that one would have to run to get a room because they are highly in demand.

InMobi moved to this office in April 2013 when its earlier office started getting crowded with the growing number of employees (over 900, of which 600 are based in Bangalore). Even as the company rented additional office spaces, the founders felt that it was getting hard to maintain the same values across several offices.

“This office is slightly far for some employees but once they came here, they simply loved it,” says Saxena. “Some of them come really early and stay late, doing their own thing.” Saxena cites the example of a former employee who was detected with cancer and was undergoing treatment, but wanted to spend most of her time in the office. “We had to speak to her doctors to ensure if that was alright and if we needed to make special arrangements for her,” he says. 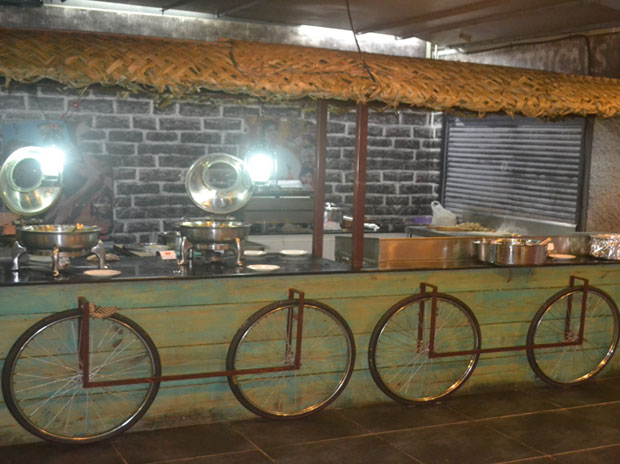 Walking around InMobi’s office, it is hard not to compare what you see here with the images one has seen of Google’s global offices. The Internet major also happens to be one of InMobi’s biggest direct competitors. While this competition could be one of the inspirations behind InMobi’s efforts to create a ‘quirky’ office, D’leema says, “I have also heard that Google has really interesting offices, but I have never seen one. So there is no chance of our office having been inspired in any way by theirs.” However, she is quick to add that she did work with design consultant DWP Interics, which is also involved in designing some of Google’s global offices.

As to the million dollar question — how much did it cost? — D’leema says, “We did not spend too much. In fact, we were well within our budget”. 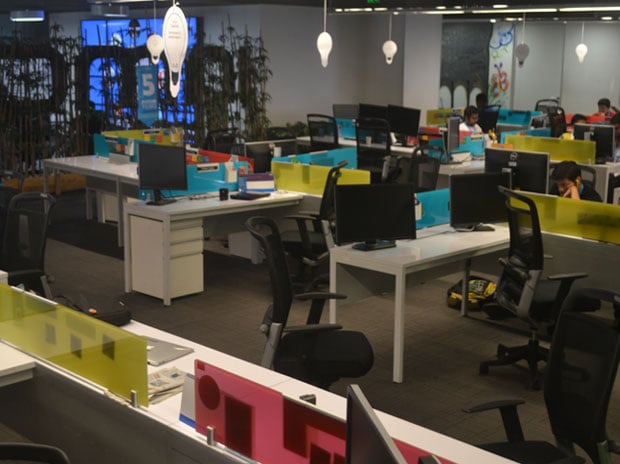 According to a report by US-based real estate company CBRE Group, when a company provides a variety of work spaces that employees can select from, it leads to an increase in satisfaction levels by up to 15%. For instance at InMobi, the floor is peppered with clusters of informal seating, there are 22 conference rooms and lots of writable surfaces including desks and pillars that employees can use to collaborate and communicate on the go.