Defending champions Spain have fallen at the first hurdle as a 2-0 defeat to Chile means they have no hope of progressing from Group B.

On 20 minutes, Chile broke the deadlock, carving the Spain defence open as Arturo Vidal, Alexis Sanchez and Charles Aranguiz combined before setting up Eduardo Vargas to skip around Iker Casillas and finish. 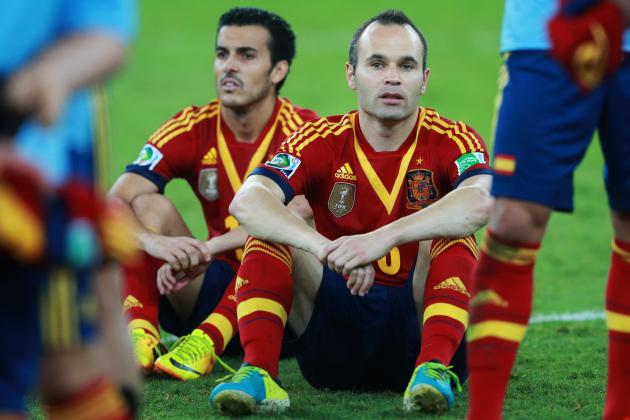 Just before half-time, Spain's fate worsened as Casillas failed to deal with a Sanchez free kick, allowing Aranguiz to poke home a second.

Spain injected more urgency into their game at the start of the second half, and Sergio Busquets spurned a golden opportunity to bring his side back into the game, but they could never exercise the kind of control that had been the hallmark of their success in recent years and were unable to force a goal.

With Spain out, does this mark the end of Tiki-Taka (which was never great to watch anyhow)

5 Most Terrifying Creatures of the Night !

Serbs vs Albanians: Why Do They Hate Each...

Earlier this month, a mass fight broke out during a football match between Serbia and Albania after a drone carrying Albania's flag flew onto...
Read more

5 Tips to Work Smarter, Not Harder

The more efficiently you run your day-to-day business affairs, the more time you have for other important tasks. Chris Ridd, managing director of small...
Read more

This video depicts the sentiments of the millions of Indian cricket fans all over the world, in the form of a beautiful song.. JEET...
Read more

How much more are we Indians going to suffer? Not everytime, not everywhere. The Football World Cup used to be the most exciting sporting event...
Read more
Load more