Halloween is one of the world’s oldest holidays, dating back to pagan times. But it is celebrated today by more people in more countries than ever before.  there’s a simple reason: it is fun and it is good, clean, harmless fun for young and old alike!

Halloween in the U.S. isn’t exactly a spiritual holiday, for the most part, it’s about candy, costumes and scary movies. In many other countries, however, this time of year is reserved for rituals in which the living remember and honor the spirits of the dead. In some places, this still means candy and costumes. in others, it means lighting candles and visiting cemeteries. Here we are presenting 10 Halloween Traditions Around the World. 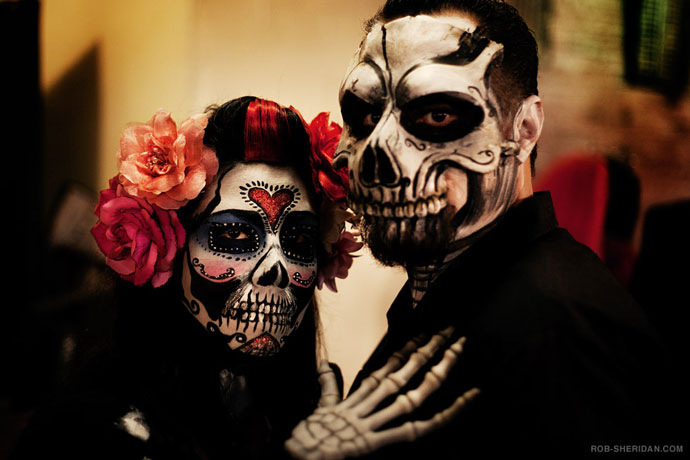 It would be remiss to talk about Halloween without talking about Mexico’s Day of the Dead, which is actually a two-day celebration that begins on November 1. Known for its marigolds, sugar skulls and skeleton imagery, this Latin American holiday originated in Mexico, but is now celebrated in many countries as a way to honor the dead. Unlike Halloween, which was originally intended to keep the dead away from the living, Día de Los Muertos celebrates the lives of the dead with food, music, costumes and decorated gravestones. 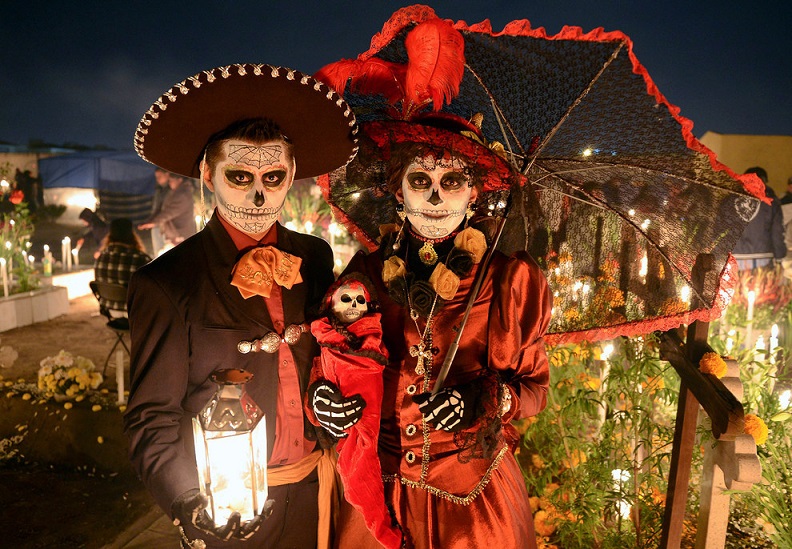 During All Souls’ Week, or Seleenwoche, Austrians traditionally believed that the barrier between the world of the living and the world of the dead was thinner than usual. On one particular night — the eve of All Saints’ Day — it was thought that the souls of dead gathered to lead their living families to the cemetery, where lanterns would be left at gravesites. According to the Austrian Times, graves of family members are still decorated with flowers and candles; it’s also traditional for church bells to ring at noon on All Saints’ Day (November 1) to mark the hour when the souls of the dead are released. 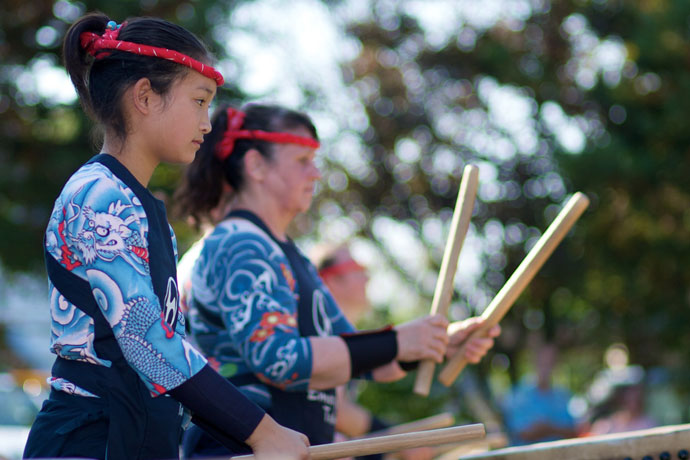 This festival is held during the summer, but that doesn’t mean it can’t focus on the dead. According to Education.com, people honor the spirits of dead ancestors during the Obon Festival by hanging red lanterns and releasing them into the rivers and the sea; fires are lit to guide spirits back to their families.

Everything You Need To Know About “Obon” Festival | The Japanese Halloween 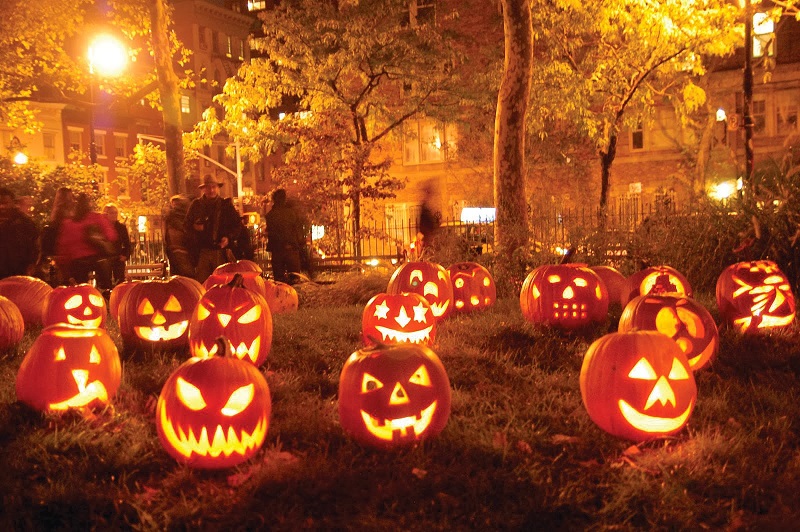 November 1 was traditionally considered the first day of winter in Wales: Calan Gaeaf. The night before, or Nos Calan Gaeaf, was sometimes called spirit night, according to the BBC. On this night, a bonfire was built and everyone placed stones or tiles with their names on them around the fire. If any name or stone was missing the next morning, it was a sign that that person would die during the next year. 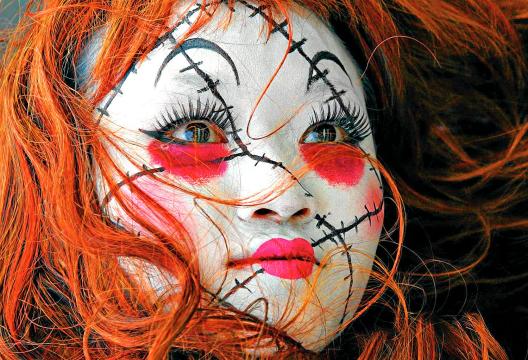 China has several festivals that celebrate the dead. One of these, the Feast of Hungry Ghosts (or Ghost Festival), is held during the fall harvest season, when it’s said that the gates of Hell open and spirits of those who were murdered, ignored or did not receive a proper burial are honored with food and fake paper money, which is burned as an offering to appease the dead. 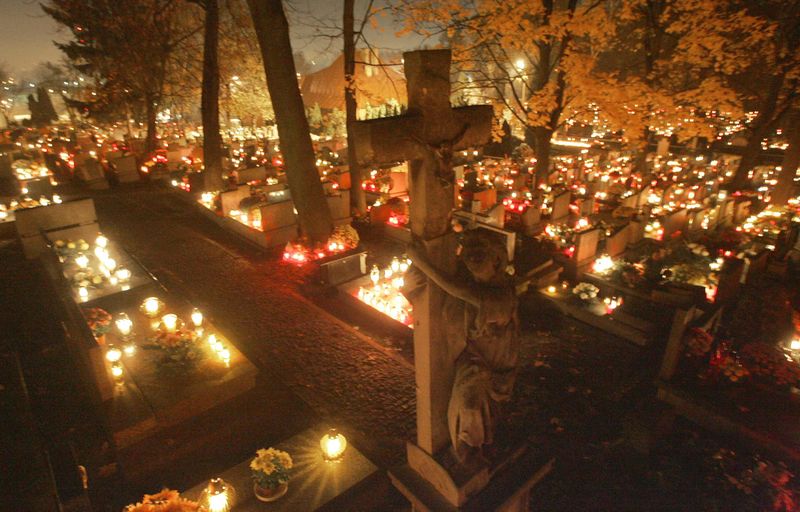 In Poland, the night of Zaduszki involves a silent procession to the graves of ancestors, where a lit candle is placed on each grave. The Polish American Journal writes that extra places are set during the evening meal so the spirits of the dead can join in. After the meal, the leftover food is taken to the cemetery as an offering.

7. Burning Of The Devil (Guatemala) Guatemala’s Quema del Diablo festival is, according to Lonely Planet, best seen in Guatemala City and Antigua. Tradition says that the devil lurks “in the corners of homes, beneath beds and among garbage”; therefore, on December 7 of every year, garbage is collected in the streets, topped with an effigy of the devil and set on fire. There is often music and fireworks to accompany this banishing of evil spirits. 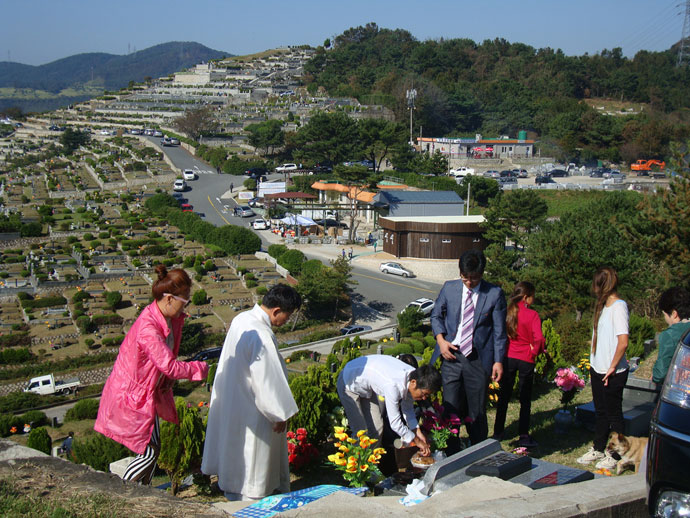 Chuseok is held every year so Koreans can give thanks to their dead ancestors for an abundant harvest. The holiday lasts for three days; during the celebrations, food is set out for the spirits of the deceased. Later, the living visit the graves of their ancestors and participate in a traditional clearing of any weeds that might have grown on the gravesite. There are often wrestling competitions, and, when a full harvest moon occurs during Chuseok, a traditional circle dance is held.

Unlike Halloween, the Odo festival can last for months — up to six, in fact. During this Nigerian festival celebrated by the Igbo people, the dead who will soon be reincarnated return to spend time with the living. They appear as elaborately masked figures played by men whose identities are kept secret; after celebrating and visiting their former homes, the dead are then bid a sad farewell. Gai Jatra, or the festival of cows, is held in Nepal every August or September. According to We All Nepali, anyone who has had a death in the family during the previous year must participate in the procession, which winds through the streets leading a cow. If no cow is available, a child dressed in a cow costume will suffice. Traditionally, kids wear funny costumes, and much of the day is dedicated to comedy, although Gai Jatra is also intended to help people accept death and prepare themselves for the afterlife.

What do you think About Halloween ? Share your comments below.

Click Here For 30 Pictures of Baby Halloween Costumes | Too Cute So Adorable !!