Everything you Need To Know About “Obon” Festival | The Japanese Halloween

In Japan, Halloween is celebrated in the name of O-Bon. In fact, Halloween shares a great similarity with the O-Bon festival of Japan.

Some people in Japan celebrate O-Bon from July 13 to 15, while some other observes the festival from August 13 to 15. It is celebrated in memory of the departed souls and is a way to show that the dead are always remembered and loved. The dead are offered food and water, which are placed in front of their photos. People light bonfires and lanterns as a symbol to lead the spirits’ way back to earth. 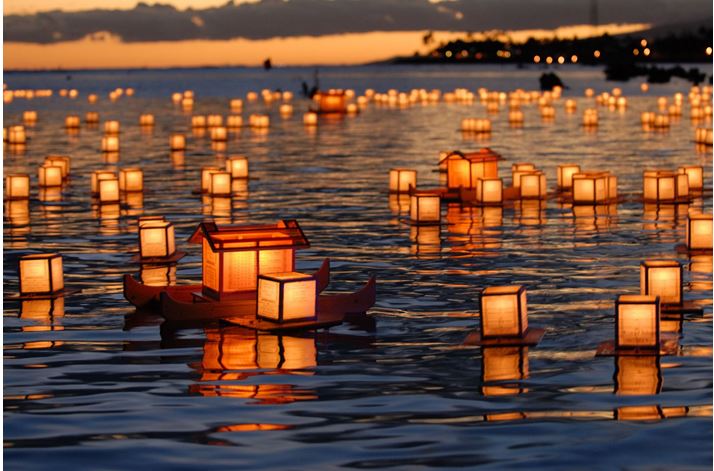 The festival, O-Bon owes its name to the Sanskrit word for the term “to hang upside down”. There is a legend associated with the festival. It is believed that a Buddhist monk saw his mother, who was dead since a long time, hanging upside down in the Buddhist hell. He saw this sight while he was immersed in deep meditation. His mother received this penance owing to her sin of eating meat during her lifetime (consuming meat is a taboo in Buddhist tradition and she had committed this sin with no sign of repentance while she was alive). After seeing the weird sight, the monk decided to go to hell and lead his mother to Nirvana. He was successful in doing this because of his goodness and nobility. 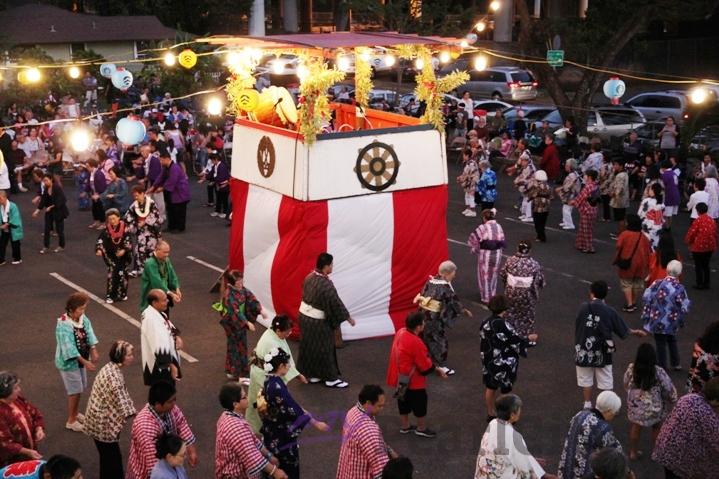 In Japan, Halloween lasts for three days. On the first day, people visit the graves of their near and dear ones. They even decorate them with different types of fruit, cakes and lanterns. The second day begins with the erection of spirit altars called “tamadane”, at home. Families engage themselves in building the altars at their homes, for the departed souls of their loved ones. At the top of the altar, they place the ancestors’ memorial signs, along with a variety of mouth-watering vegetarian dishes. They also carve horse shapes on the cucumbers and place them on the altar. These horse-cucumbers stand for the horses on which the spirits are invited to ride. 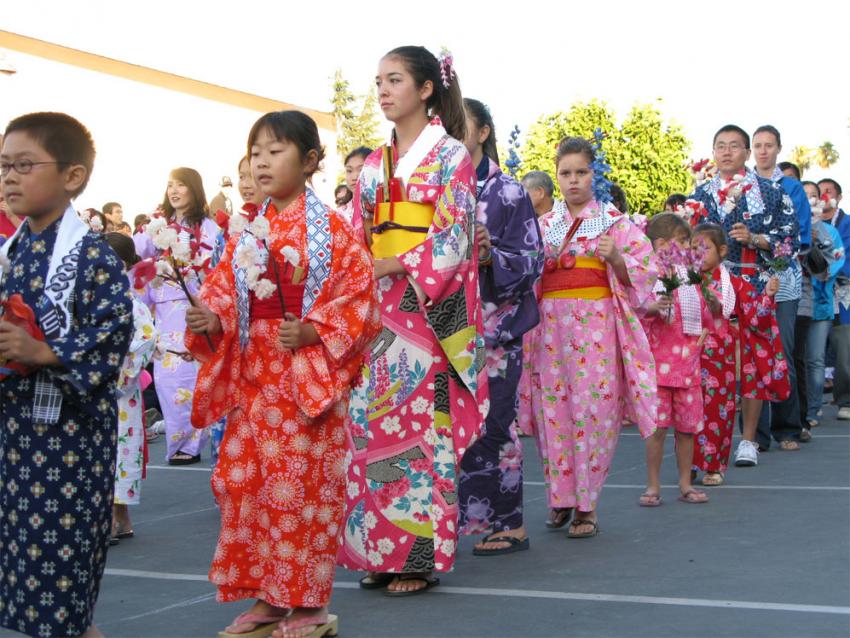 The final day of the festival is the time for the community to congregate together. People assemble to perform the bon-odori, a tempting slow dance where the dancers move in concentric circles or multiple lines. It is the occasion where hundreds of people dance together. In the evening, people float small paper lanterns on the river or sea. Tis ritual is associated with the popular belief that lights lead the spirits way back to the other shore. Traditional Japanese summer kimono (yukata) forms the main dress on the festival. People dress themselves in other ways as well, per their choice and also use make-ups and masks. Costume play called “Kosupure” is growing as a popular trend among the Japanese youths. 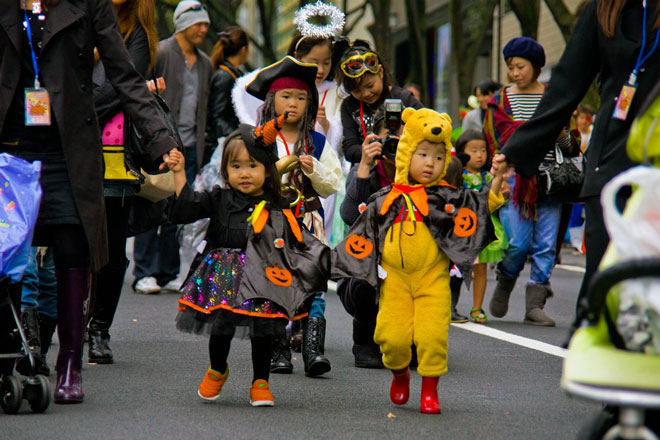 People often tell ghost stories on Halloween. Many events are organized in different parts of the country. Halloween is gradually becoming one of the most important festivals of Japan. Commercial reasons seem to be the main cause for the popularity of the festival. Several stores in Japan abound in Halloween candies and chocolates. Special events are organized at Tokyo Disneyland and also at the Universal Studios in Osaka. However, the Buddhist Japanese differ from other Japanese in observing the festival. They celebrate it in the name of Higan and observe it during the time of autumn of equal days and nights. They spend the day thinking about their dead relatives. 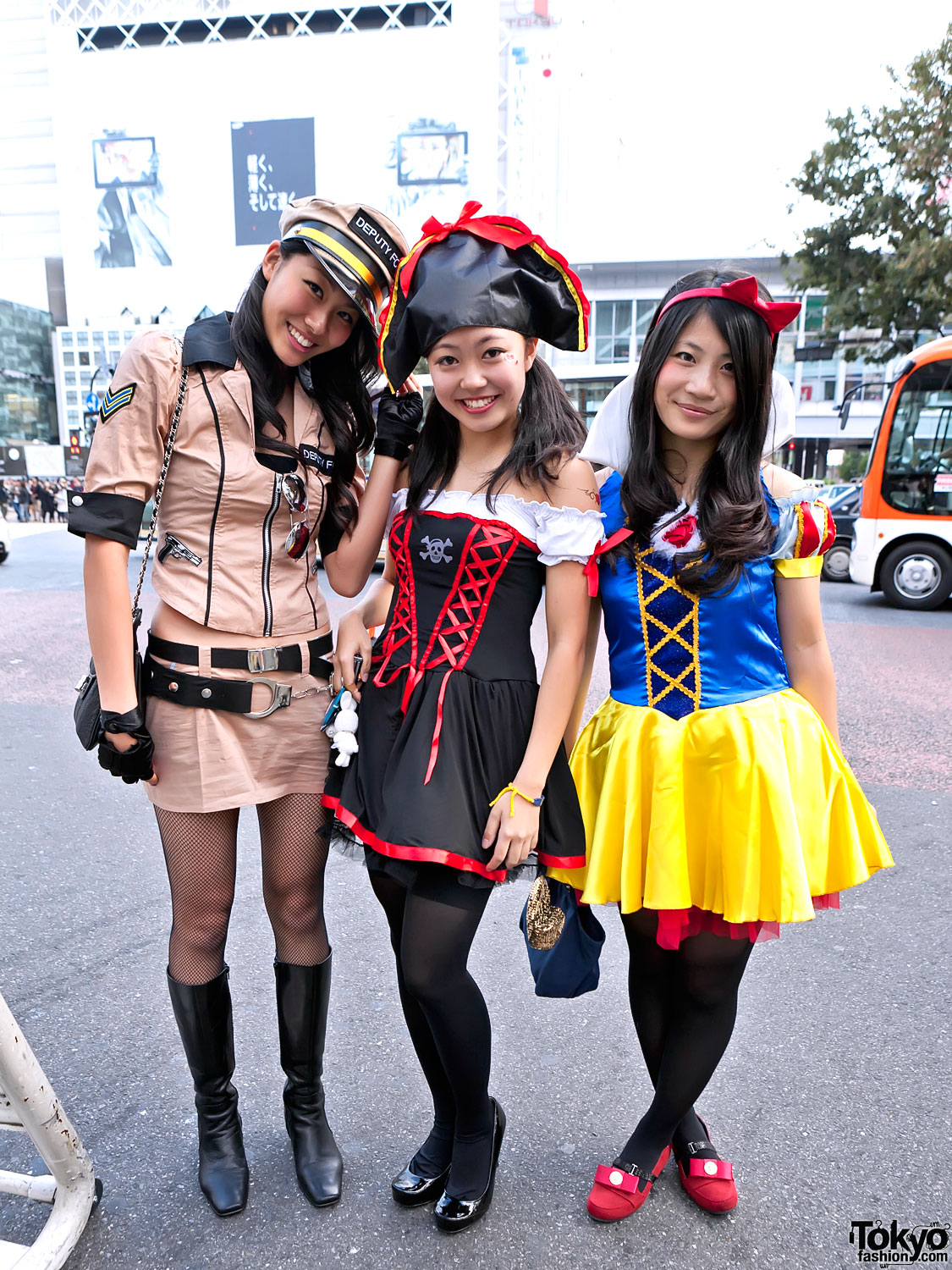