The Democratic Republic of the Congo, also known as DR Congo, DRC, DROC, RDC, Congo-Kinshasa, or simply Congo is a country located in Central Africa. From 1971 to 1997 it was named Zaïre. Here we present some facts about this beautiful but unlucky poor country. Did you know the Democratic Republic of Congo (DRC) is one of the poorest countries in the world?


1. Taking pictures is ill advised. Locals get very upset, for they believe that “capturing a person’s image” removes his spirit. 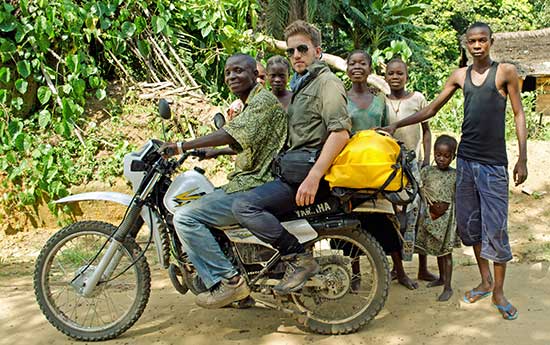 2. The Belgians brew one of the best beers in the world. But the Congolese won’t let their beer-guzzling ex-masters take all the credit. The Simba beer is not only big in taste, its bottle – which is often rundown and bears a crude lion logo – is nearly twice the size of most beer bottles around the world. 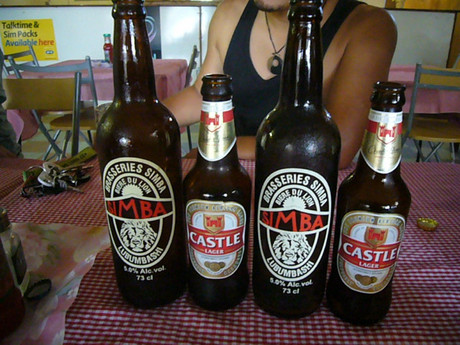 Those who have tasted the beverage claim it has a bready flavor. And there are even those who say that it has a better taste than the more popular Budweiser.


3. Despite being a poor and conflict-ridden country, the DRC boasts a space program. Privately financed by the Développement Tous Azimuts (DTA), with significant government support, the Troposphere rockets are expected to send cargo to outer space in the near future.


4. Belief in witchcraft is so common that children are sometimes accused of being witches. Some of these kids get beaten, and others are even killed. But most become homeless after families abandon them in the streets. 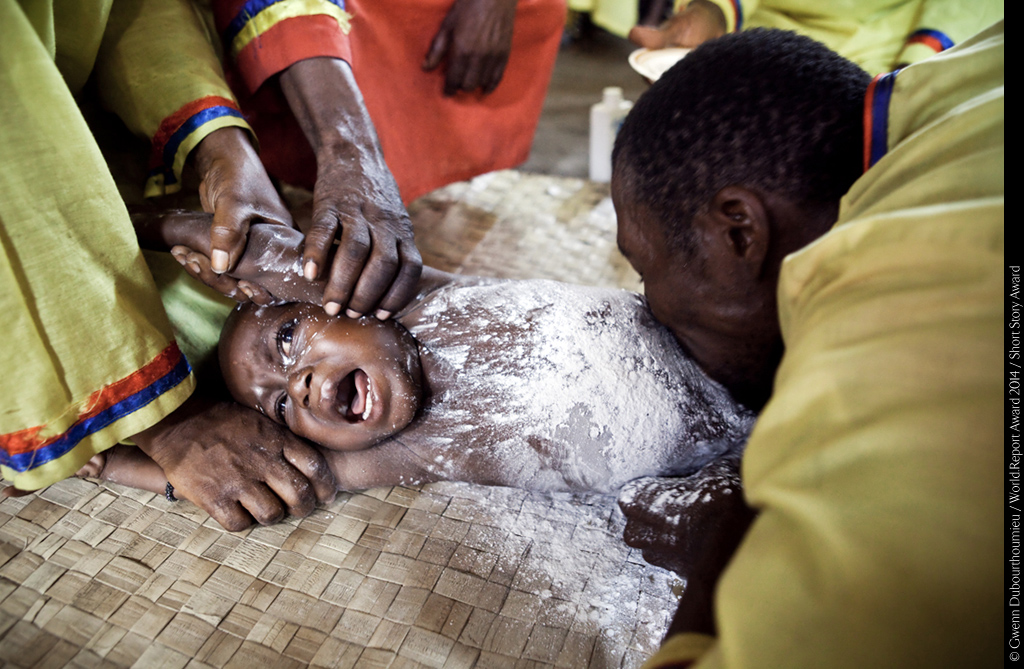 5. At 2,344,858 square kilometers, the DRC covers a land area larger than the combined territories of Spain, France, Germany, Sweden, and Norway. Congo is the second largest country in the African continent. 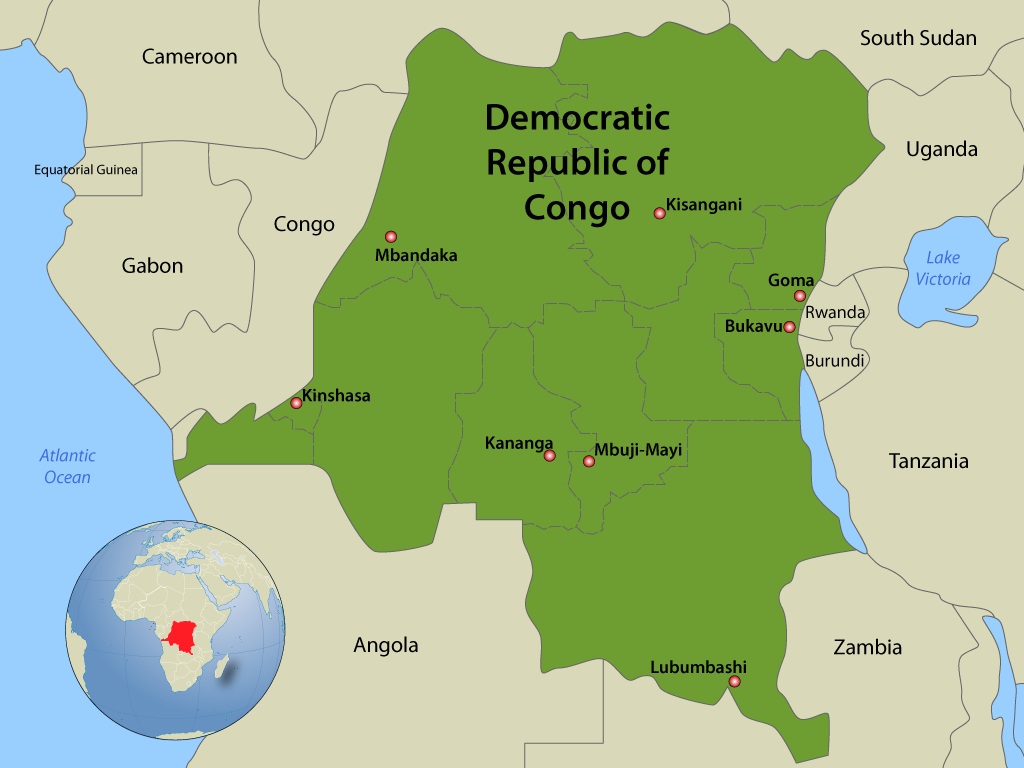 6. Kinshasa and Brazzaville in the next-door Republic of Congo are the closest capital cities in the world (with the exception of Vatican City and Rome). A bridge across the Congo River still needs to be constructed to connect the two political centers. 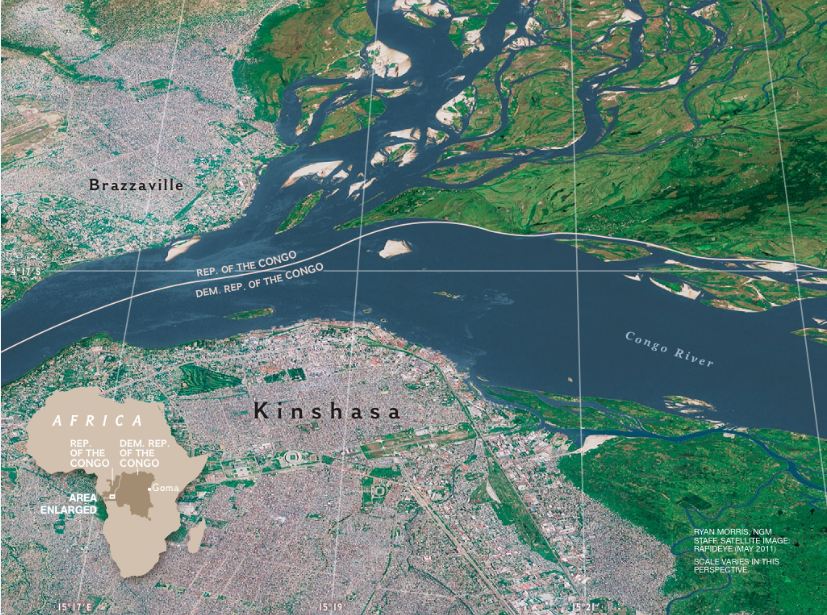 7. The great apes, such as the bonobos and the eastern lowland gorillas, can be found only in Congo. Both species are endangered due to pollution, deforestation, and bush-meat trade. It’s possible that these creatures – the closest primate links to humans – may become extinct in a decade. 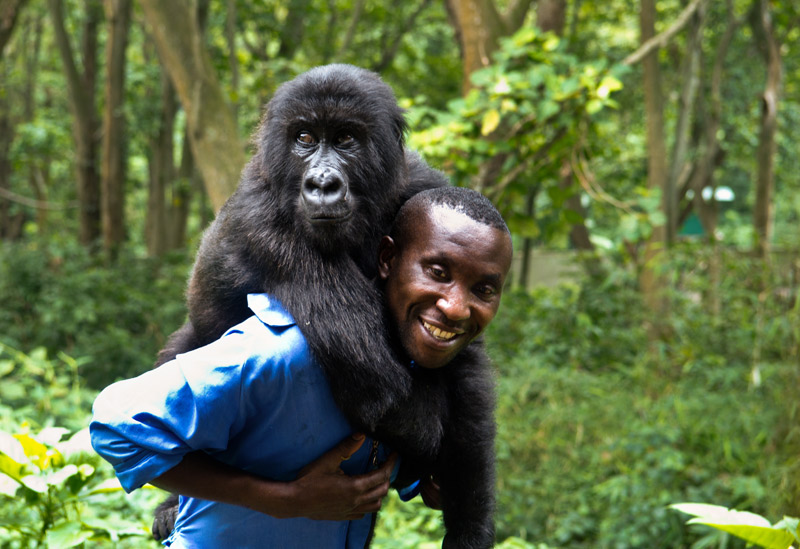 8. Mobutu Sese Seko, the DRC’s second and longest-reigning leader, was so corrupt that he chartered a Concorde airplane to take his family from his hometown in Gbadolite to Paris for shopping trips. He had even decreed the construction of a large runway to accommodate such plane at the expense of his starving people. 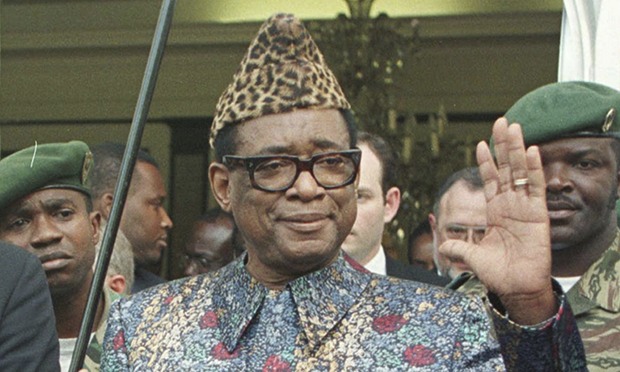 9. Because of two devastating civil wars and decades of economic stagnation, ATMs began appearing in the DRC only in 2010.


10. The DRC used to have a very strange form of currency. It’s called the Katanga cross. The metal is made of copper and is shaped in the form of an X. A single Katanga cross, which was used for trade in the 19th and early 20th centuries, could buy 10 kilograms of flour and six chickens. Double the cross and it could buy a gun. 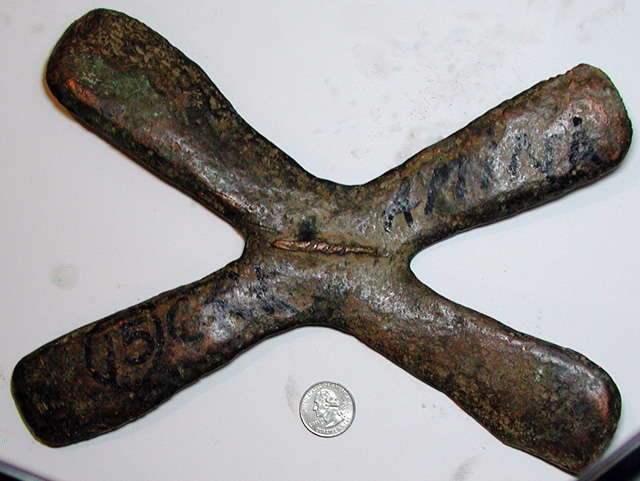 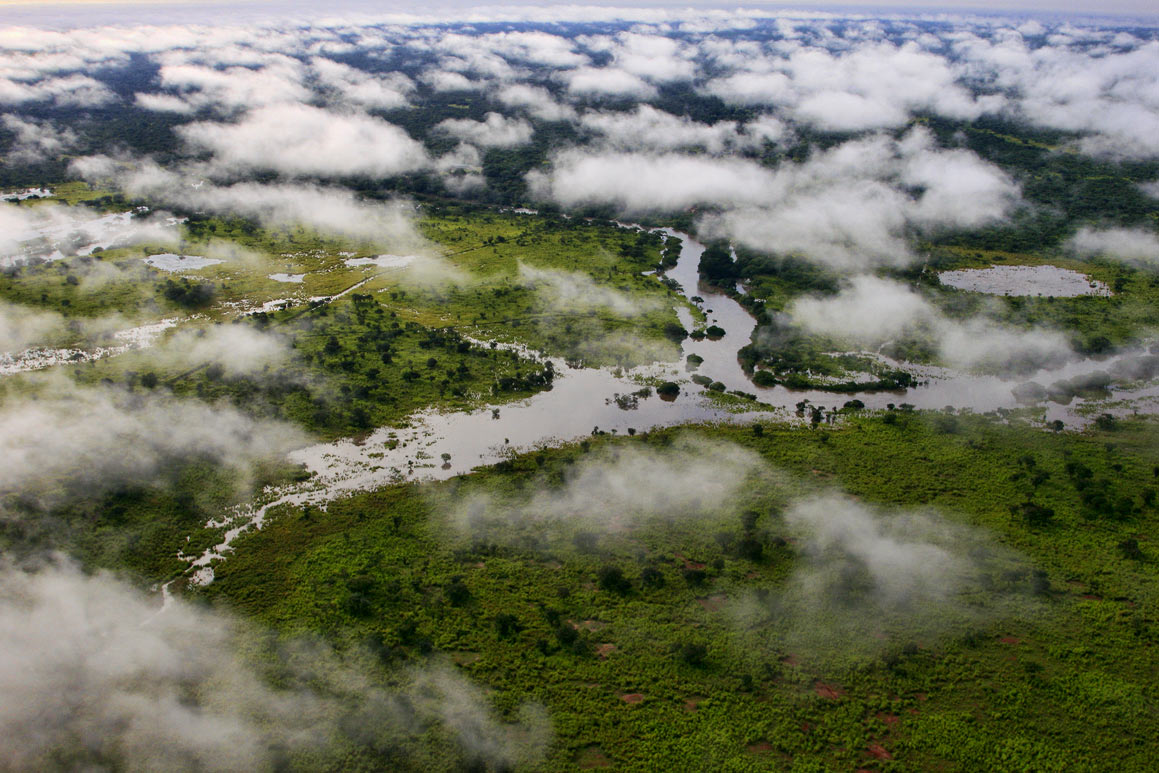 12. The DRC has more than 1,130 species of birds, more varieties than any other country in Africa. Its many water birds, ground birds, birds of prey, fruit-eaters, hole-nesters and passerines/perching birds include endemic species which can only be found in this part of the world.


13. With the fourth largest population in Africa, spread across a huge area, the people of DRC are made up of many hundreds of different groups, speaking over 215 languages. 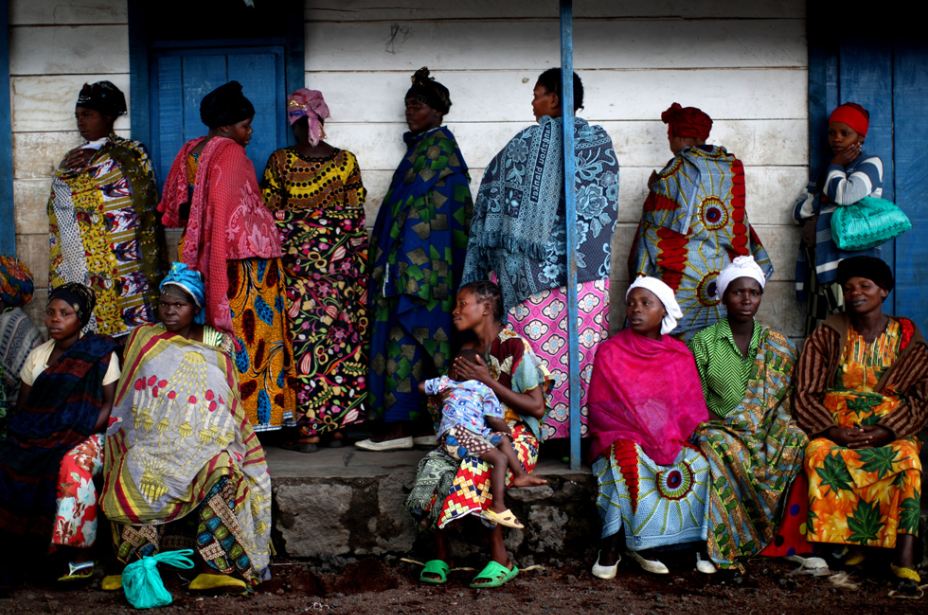 14. The United Nations estimates five million people (mostly civilians) have died in the DRC from war or disease since 1998, despite the fact that fighting officially ended in 1999 with the signing of the Lusaka Peace Accord. With so many deaths and the involvement of troops from many nations, the conflict in the DR Congo is sometimes called the ‘World War of Africa’.


15. Nearly two-thirds of people live in rural areas, in villages scattered across the country. Many rely on subsistence farming, growing food for their families and selling some crops for cash. Cassava is the most widely-grown crop, with plantains and maize also common. In some regions, groundnuts/peanuts and rice are grown. 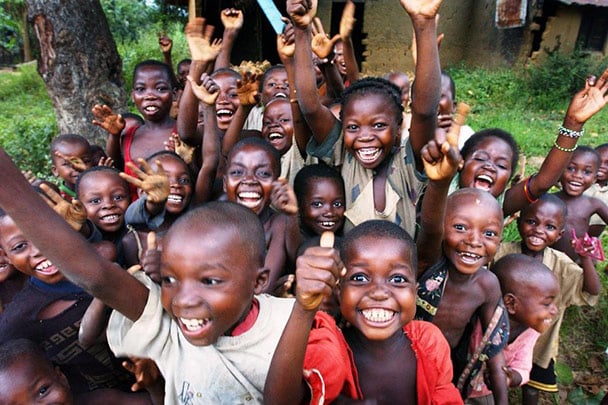 16. Around 55% of people live below the poverty line, living on less than a dollar each day. Areas with the greatest number of poor are particularly in the east of the country, where conflict continues.


17. DR Congo earns most of its revenues from the mining sector. Recent high prices for commodities such as copper and cobalt have allowed the country’s economy to grow around 7% annually.


18. Less than a third of children in the DRC attend secondary school. With a shortage of formal jobs, many families do not see any benefit to secondary and further education for their children.

11 TIMES WHEN ARCHITECTS DIDN’T EVEN TRY

The level of care and effort put in by these masters of architecture is off the charts. Just Hats off to their Creativity!!!!!   1.  I...
Read more

#TINYROADSIGN is a small project of the creative agency CLINIC 212 based in Vilnius, Lithuania. They have created it to show that we are...
Read more

Artist, Kristina Webb based on New Zealand doesn’t limit herself to just paper. Flowers, salads, and even spaghetti become part of  her illustrations. The...
Read more

Who Was Your Boyfriend in Your Past Life?

We just know your previous love life was super exciting. Find out who was your past life lover.   Please wait we are loading quiz for...
Read more