The Troll A platform is a condeep offshore natural gas platform in the Troll gas field off the west coast of Norway. It is the tallest structure that has ever been moved to another position, relative to the surface of the Earth, and is among the largest and most complex engineering projects in history. The platform was a televised sensation when it was towed into the North Sea in 1996, where it is now operated by Statoil.

Troll A was built by Norwegian Contractors for Norske Shell, with base construction beginning in July 1991 at a cost of 4150 million NOK, or approximately US$650,000,000 at the time. The base and the deck were built separately, and were joined in 1995 while the base was partially submerged. The base is a Condeep gravity base structure built from reinforced concrete.

The Troll platform was towed over 200 kilometres (120 mi) from Vats, in the northern part of Rogaland, to the Troll field, 80 kilometres (50 mi) north-west of Bergen. The tow took seven days. 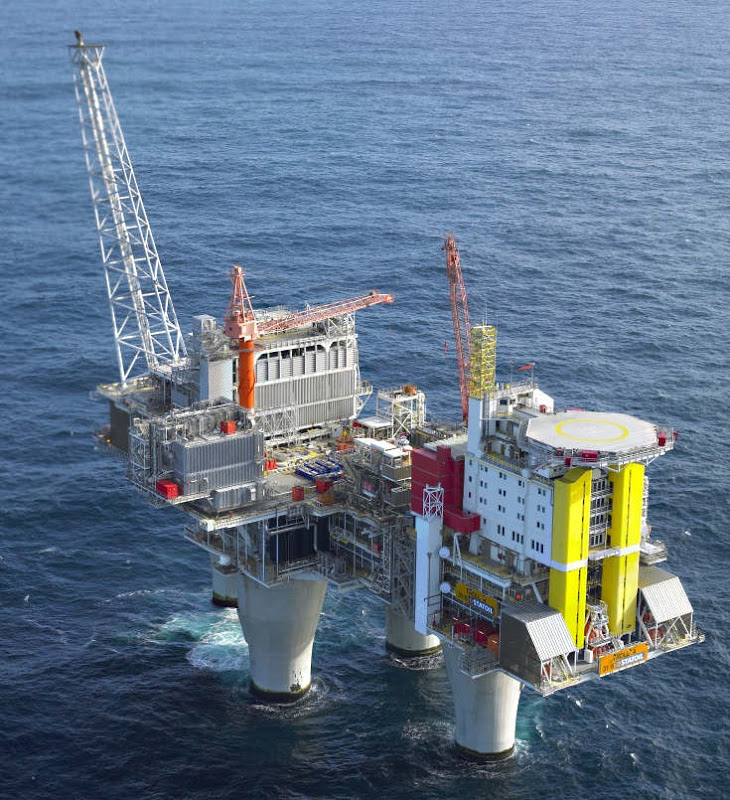 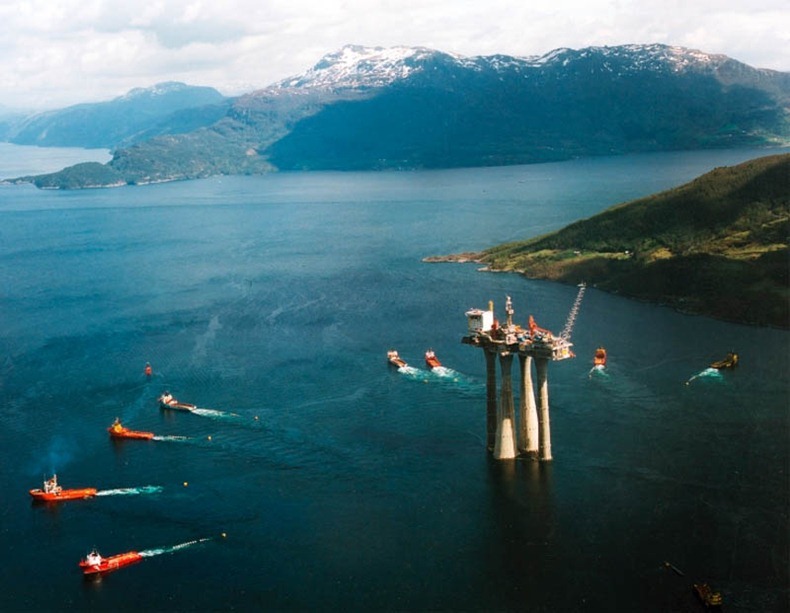 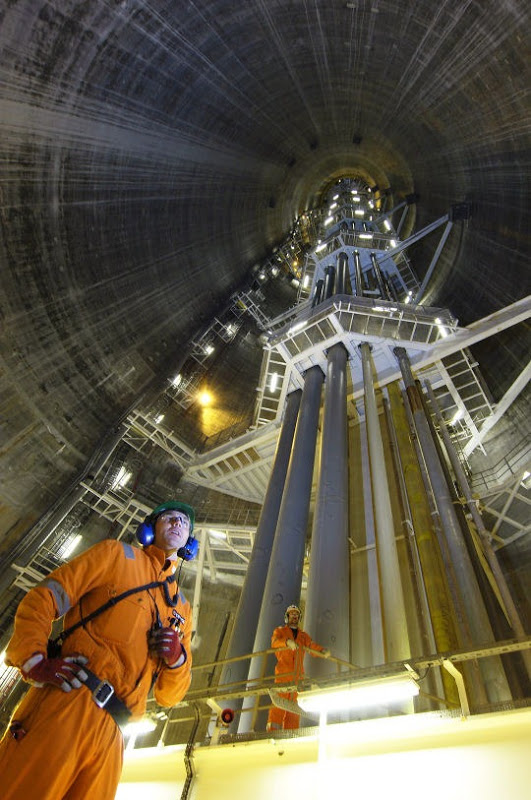 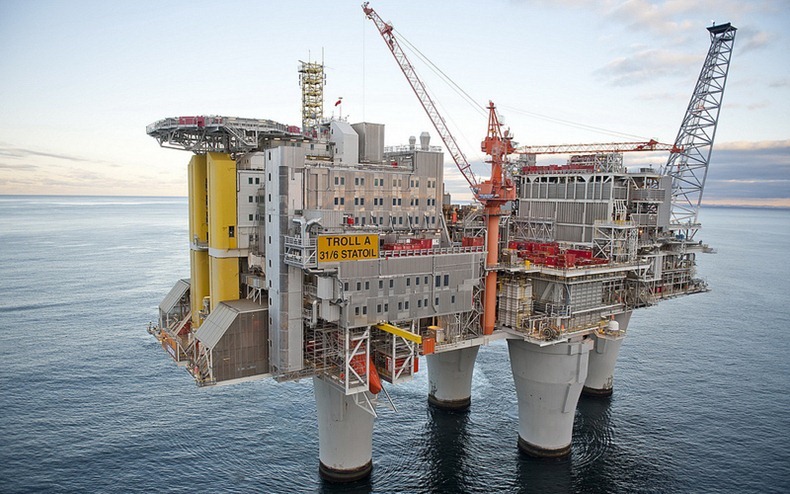 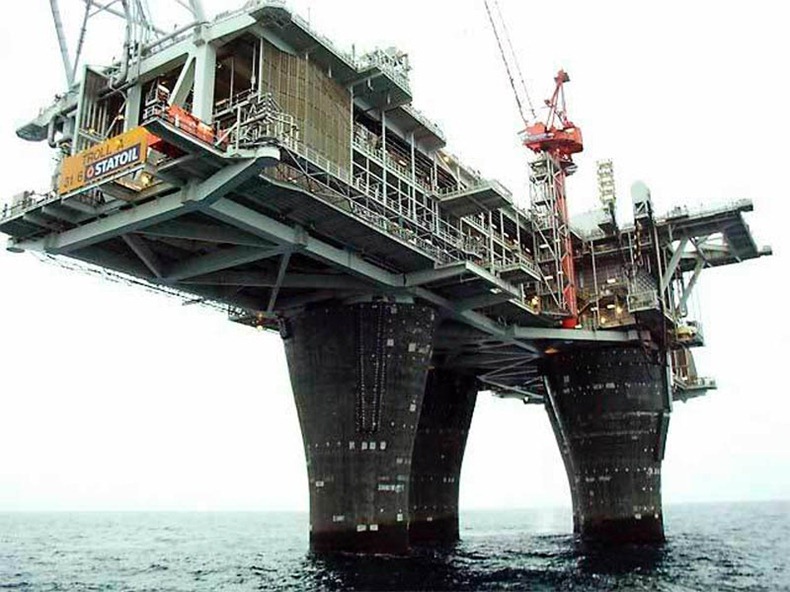 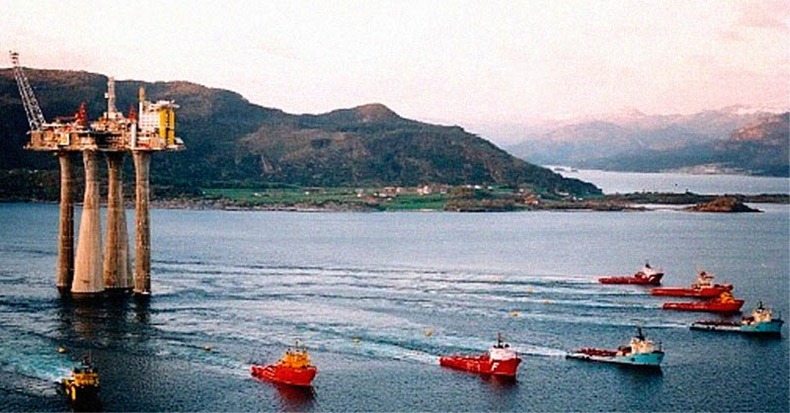 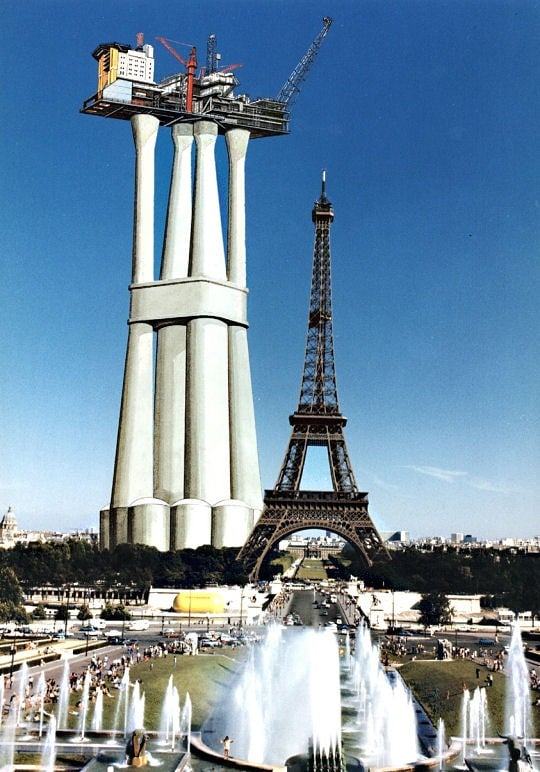 The Troll A platform is an offshore natural gas platform in the Troll gas field off the west coast of Norway. At 1.2 million ton ballasted under tow, 472 meters high, with underwater concrete structure at 369 meters, and dry weight of 656,000 tons, the Troll A platform is a majestic piece of design and construction. Not only is Troll A among the largest and most complex engineering projects in history, it is the largest object ever to be moved by man across the surface of the Earth. The platform was a televised sensation when it was towed into the North Sea in 1996, where it is now operated by Statoil.

Normally a platform’s legs are transported on their side and then – supported by flotation devices – are dropped into place. In the case of Troll A, however, the whole platform was assembled in one location, and then floated out to sea. The Troll platform was towed over 200 kilometers from Vats, in the northern part of Rogaland, to the Troll field, 80 kilometers north-west of Bergen. The tow took seven days.

Troll is a natural gas and oil field in the Norwegian sector of the North Sea, one of the biggest in the North Sea, holding 40% of Norway’s gas – it also possesses significant quantities of oil, in thin zones under the gas cap, to the west of the field. The field as a whole consists of the main Troll East and Troll West structures in blocks 31/2, 31/3, 31/5 and 31/6, about 65 kilometres (40 mi) west of Kollsnes, near Bergen. Most of the gas lies in Troll East.

Gas and oil from the field is extracted via three platforms – Troll A, B and C.

The Troll B Platform is a semi-submersible designed by Doris and fabricated from concrete; thought to be the only concrete semisubmersible. This platform came into production in 1995.

The Troll C Platform is a conventional steel hull semi-submersible designed by GVA Consultants. This platform came into production in 1999.

14 Most Amazing Office Buildings In India |...

There is no harm in pulling a prank on someone. But look what these pranksters did to people in Brazil. This will scare the shit...
Read more

This Video Shows -Why You Should Never Take...

When you catch yourself sitting beside a sleeping hot girl on a bus, would you take advantage? Or do you have other things...
Read more

19 Powerful Photos To Show That Eyes Are...

Eyes are windows of the soul. In addition, the eyes reveal our feelings even more truly, they are the bridge that connect the emotions...
Read more
Load more