What is Patiala Peg | History and Story | Pure Punjabi

A Patalia Peg refers to a quantity that is roughly 120ml amount of alcohol in a single peg.

The story behind Patiala Peg: 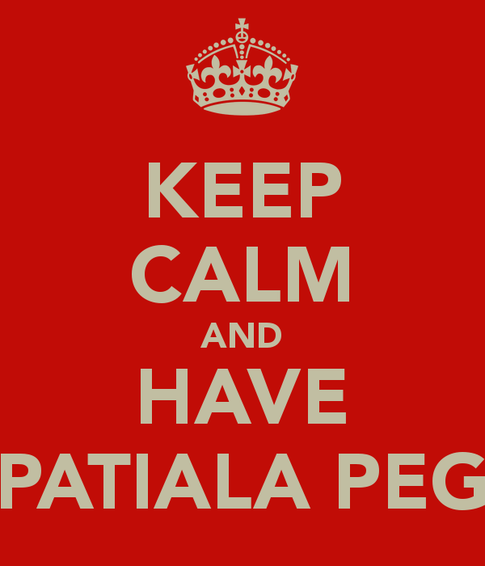 The ‘Viceroys Pride’, all Irish men, handsome in their gait, were the ones who would drink till the night’s end, and were still able and proud to walk straight.

When the ‘Viceroys Pride’ arrived in Patiala for a friendly match, the home team felt nervous and feared that if they lost the game, it would be their skull on which their Maharaja would peg his spear. So a conspiracy was hatched.

Rome's history spans more than two and a half thousand years. While Roman mythology dates the founding of Rome at only around 753 BC,...
Read more

Preorder Taylor’s upcoming new release 1989 on iTunes today and get her new single “Shake It Off” now as an instant grat! http://www.smarturl.it/TS1989 Taylor Swift -...
Read more

Best Wedding Songs Ever!!!! You Should Not Play...

The BIG FAT INDIAN WEDDING season is here. And we all know that Indian wedding are so much about lots of makeups, dhik-chak dancing numbers,...
Read more

A curious photographic collection of most Powerful & developed country in the world. It is known that every people doing something strange in the...
Read more

Are you a nervous flyer? LiLou will help you take your mind off it! This little fella will make you happy on your trip....
Read more

Airtel launched its new 4G advertisement on 6 August. It takes no time for this wonderful advertisement to become an instant hit. It is...
Read more
Load more