What Noises Do Animals Make In Other Languages?

All around the world, animal sounds are being heard in the language of the animal’s region or country. A dog’s bark or a cat’s meow in Canada may be understood as a completely different sound or word in Turkey or China. The differences in onomatopoeia, as animal sounds in different languages are formally known as, can be striking and to prove it we got together with a group of native speakers and recorded their “animal sounds”. We had a great time doing it and hope you enjoy it too!

Read also: 20 Bullets On How To Write The Sounds In Different Countries

In Indonesia, a dog is known to bark guk guk, in Catalan it barks bup bup, while in Albania it barks ham ham. A Japanese dog, in turn, barks wanwan, while its counterpart in England barks bow-wow or woof. 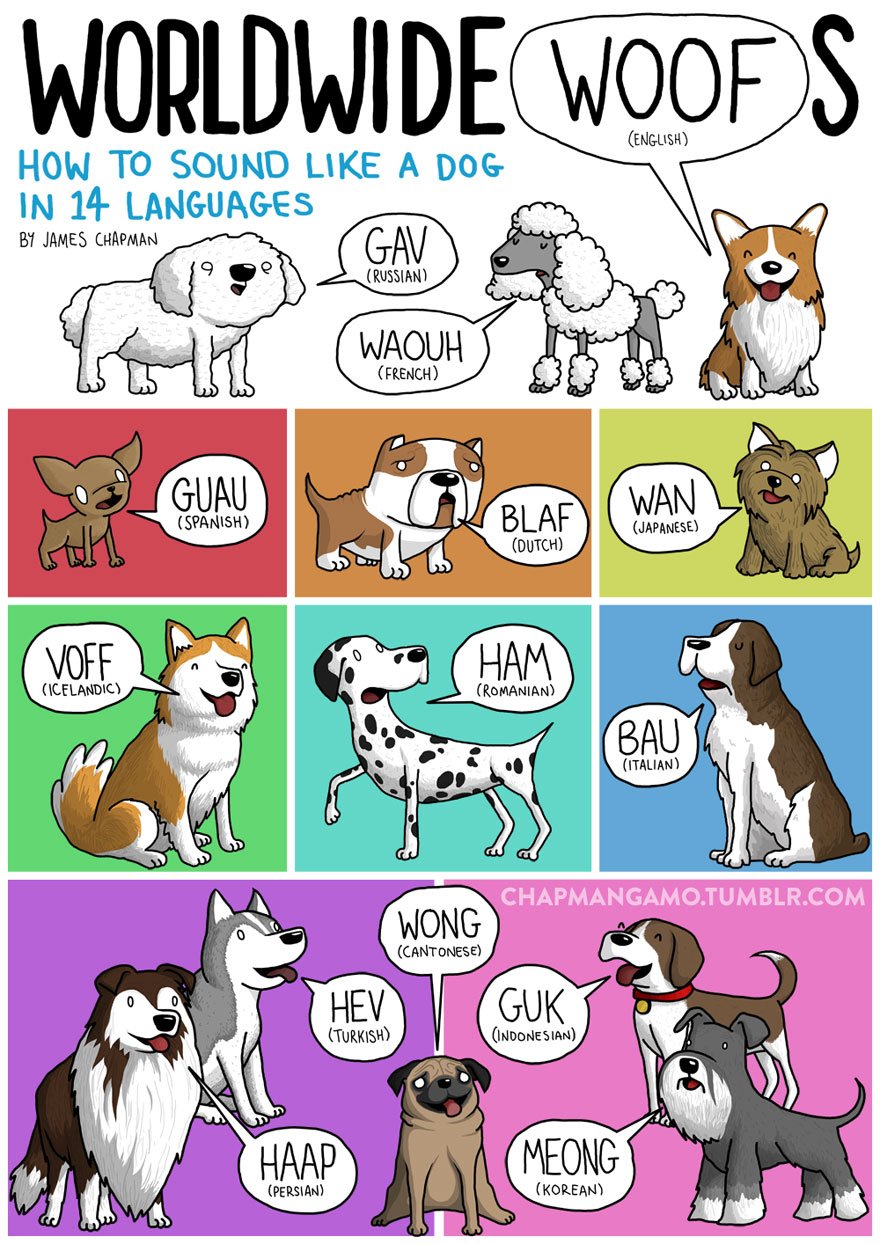 Pigs also have different sounds depending on where you are in the world. A Mandarin Chinese pig goes hu-lu hu-lu, while further up north in Finland it goes roh roh. Next door in Sweden, a pig goes noff noff, while in Wales it goes soch soch. In the English world, a pig goes oink oink. 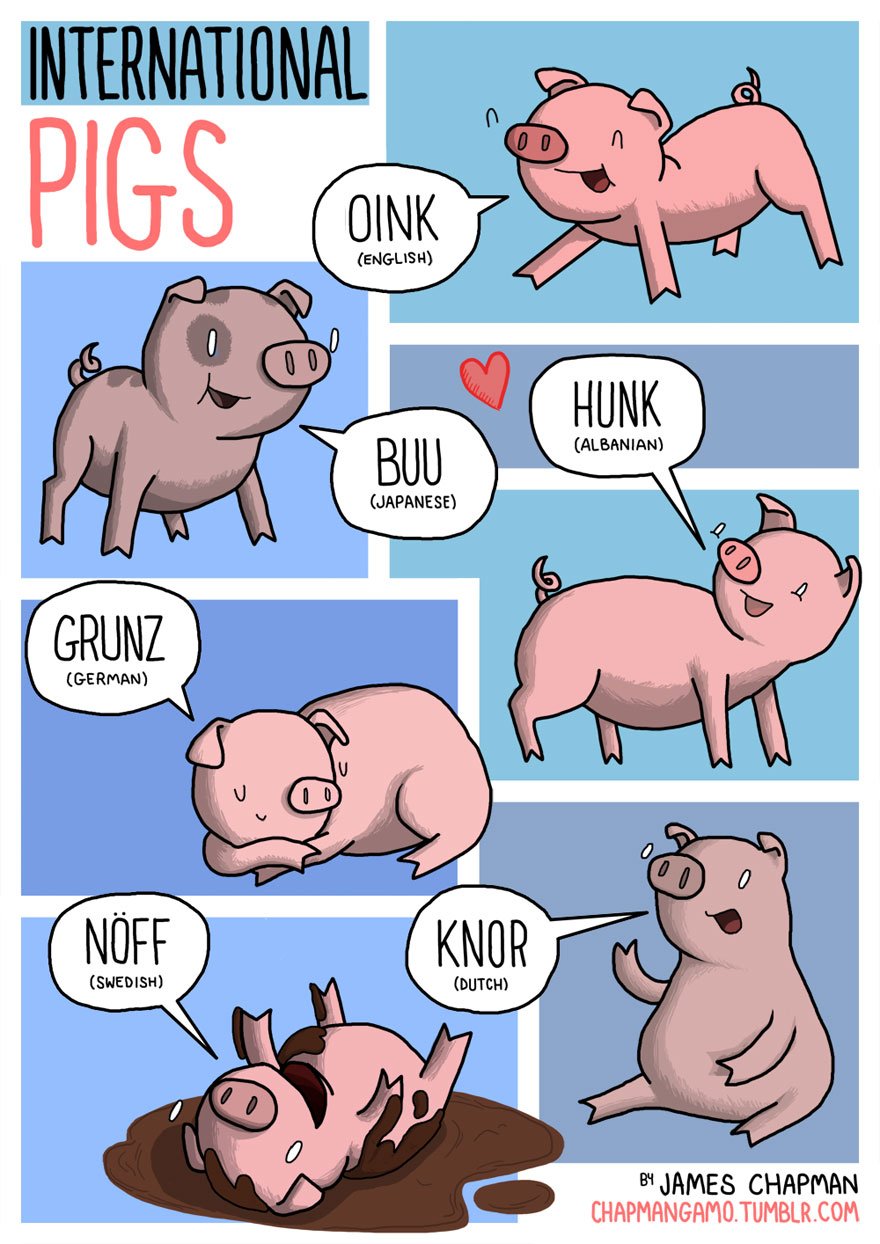 Bird sounds also vary around the world. In English, a small bird chirps while a medium-sized bird tweets. A larger bird, however, squawks. In Spanish, a bird goes pio pio, while in Korea it will be heard going jek jek. In French? Pit pit. 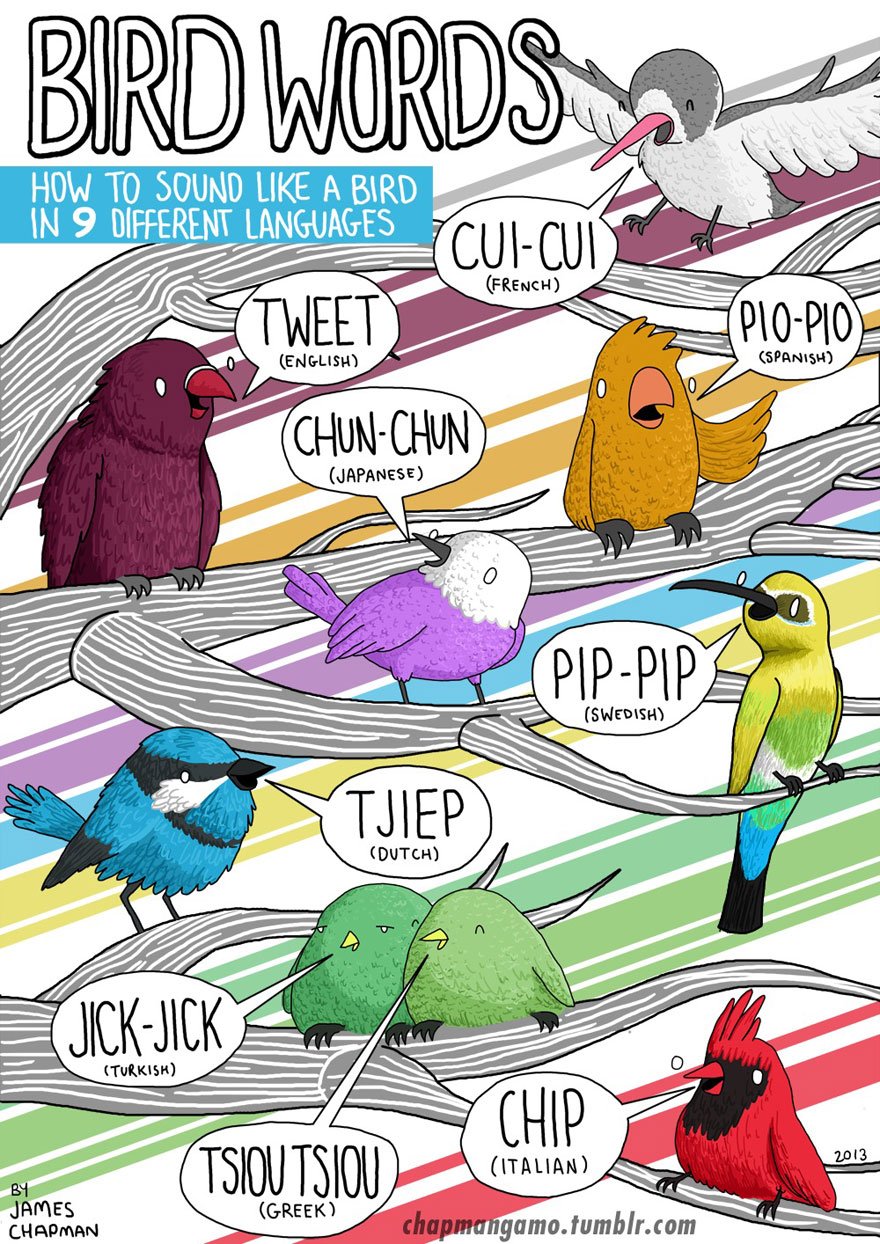 Although animals sound the same the world over, humans, with our many languages, do not. Different human societies simply have different ways of describing similar sounds. Part of it is explained by the speech sounds used in a particular language. Another part by random choice – how a sound was first heard, interpreted and then evolved over thousands of years. 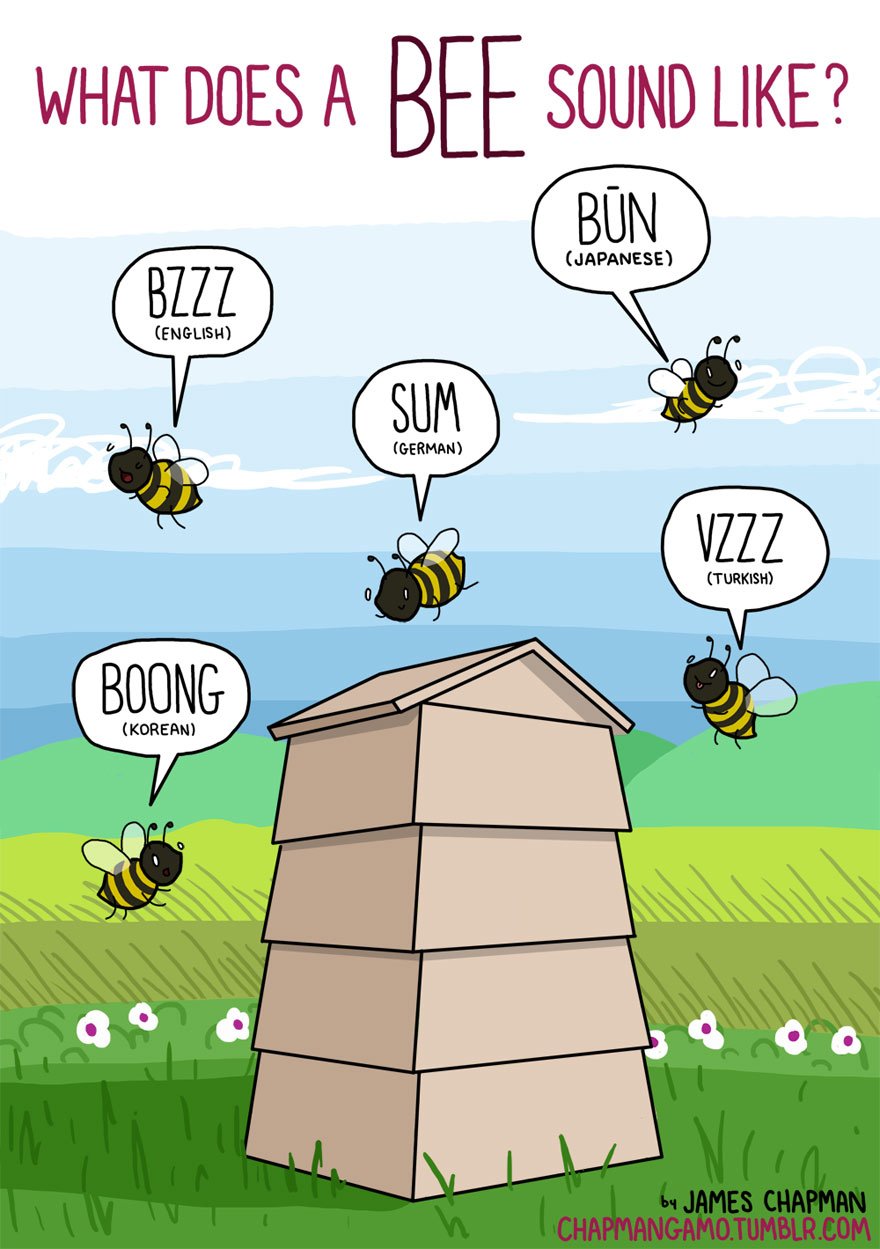 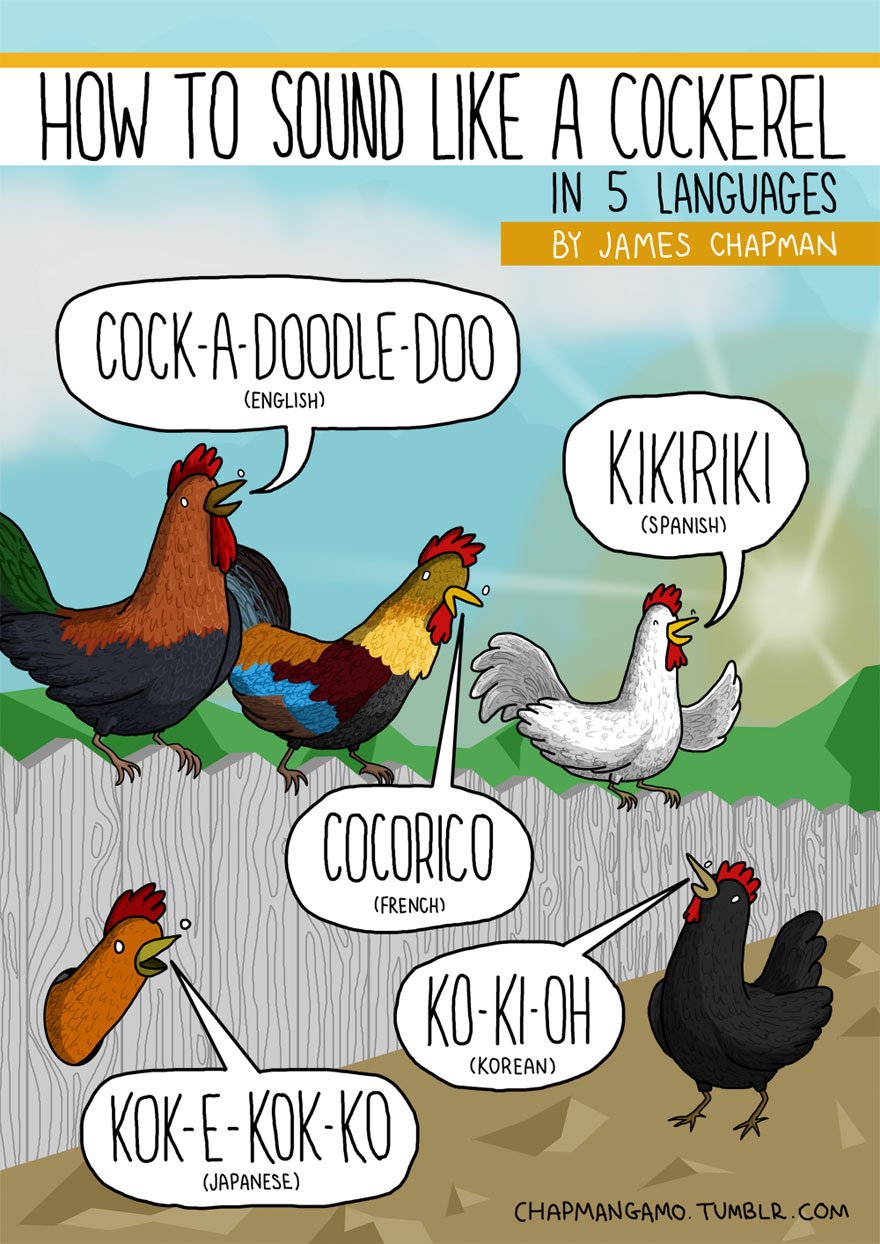 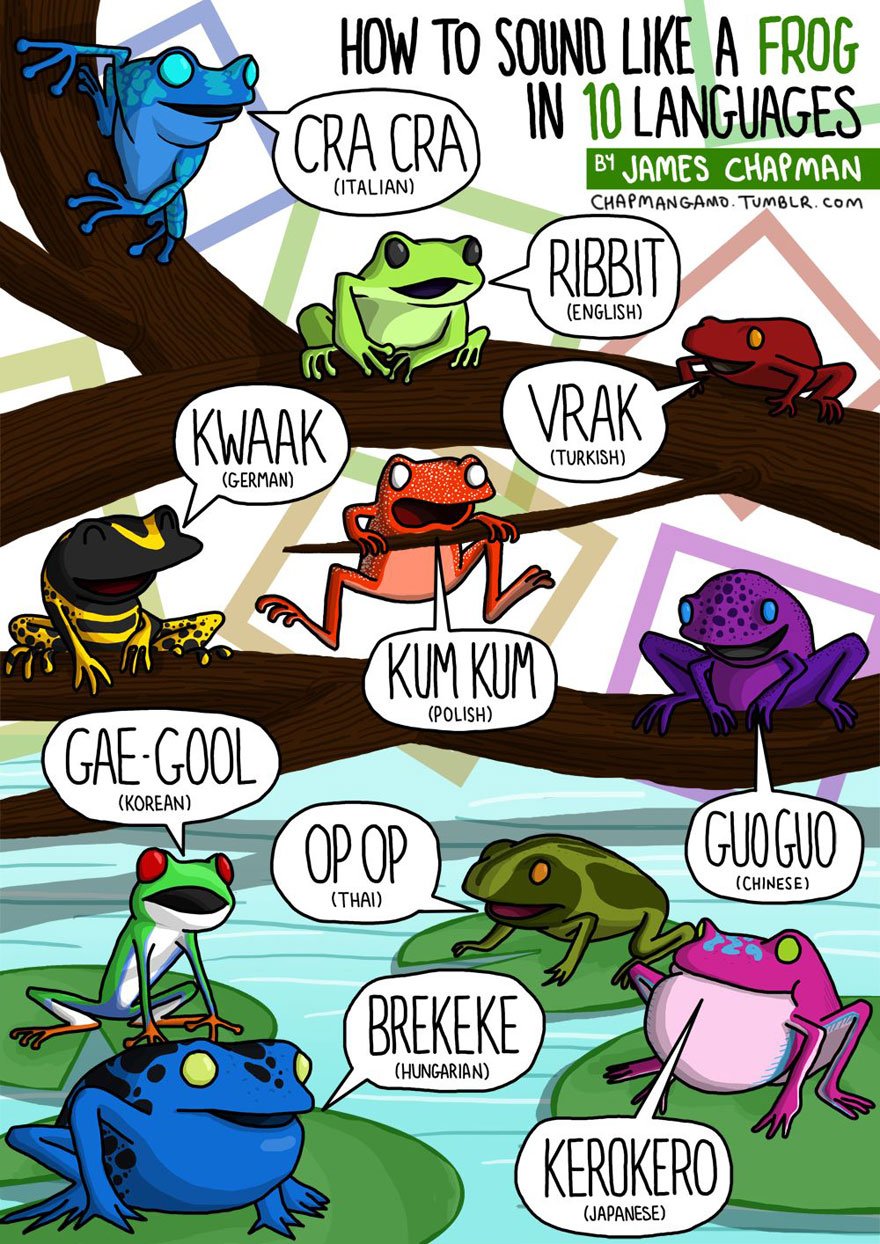 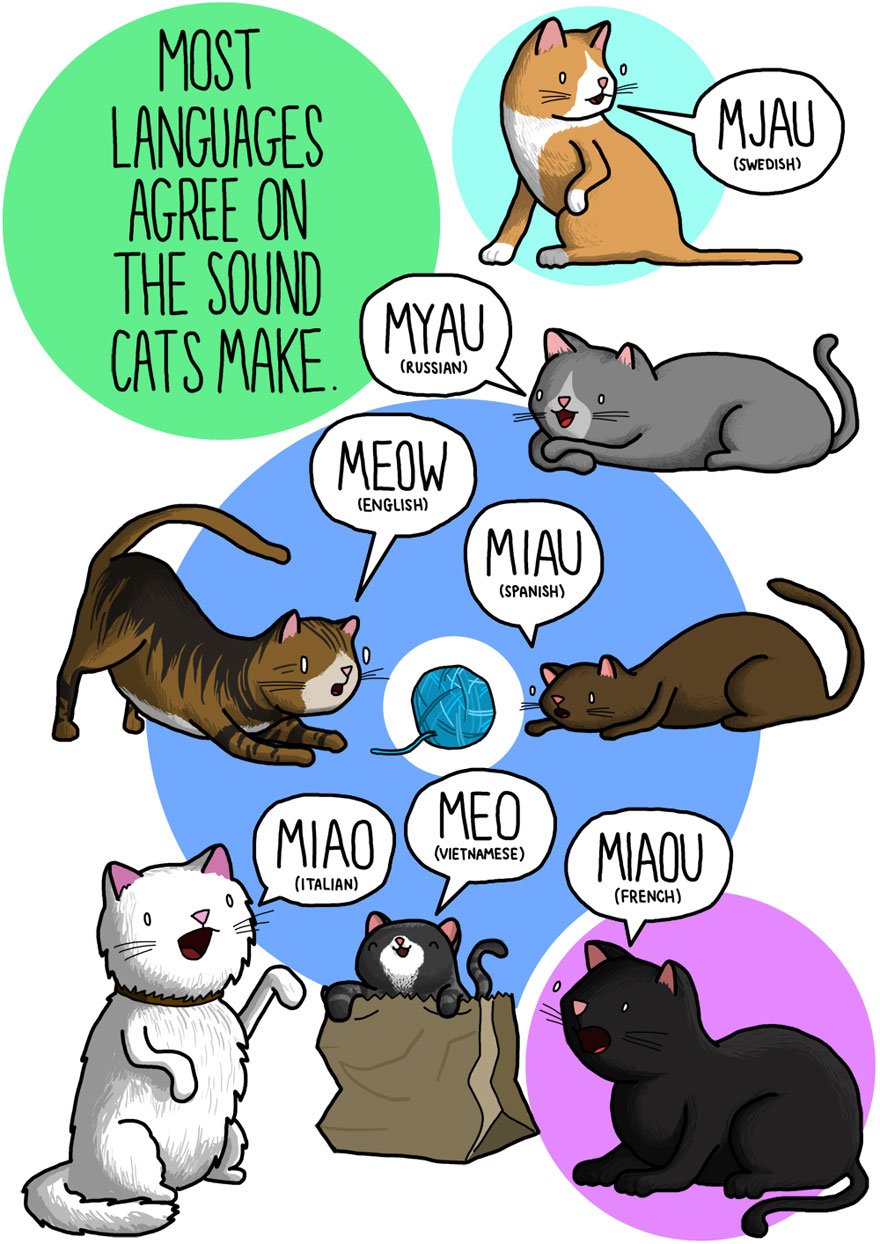 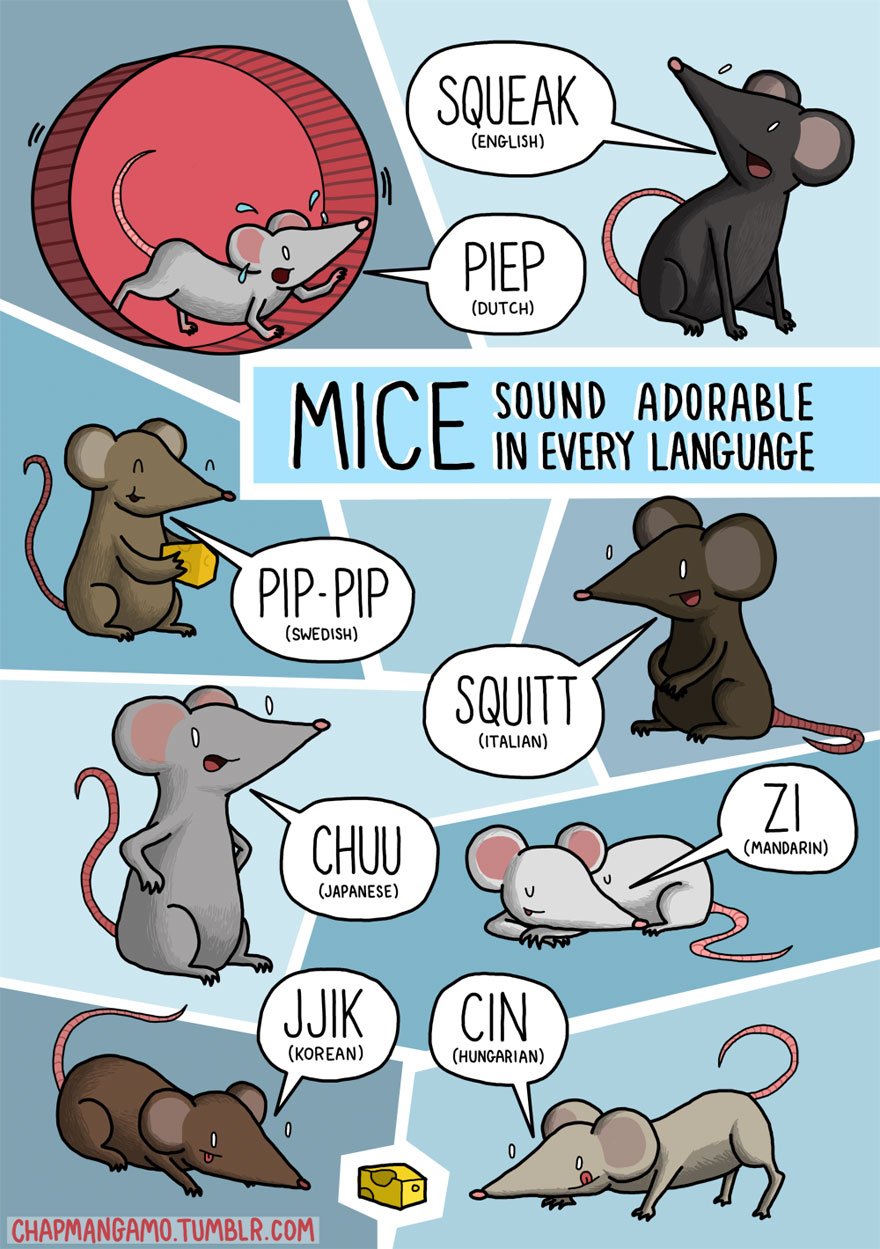 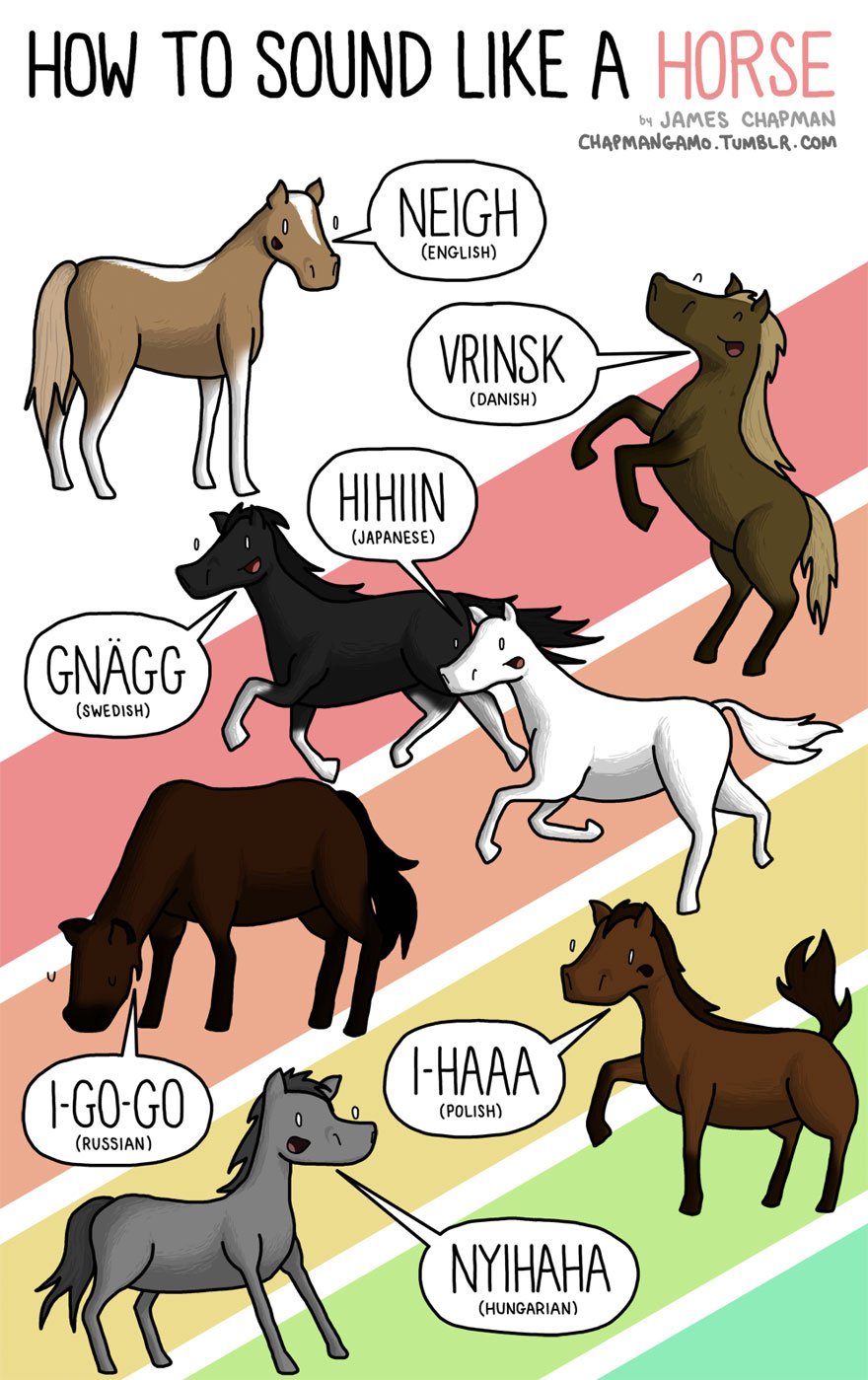 The English language offers especially diverse onomatopoeia. Did you know it’s the only language that confers different sounds to birds of different sizes? Maybe you know a few sounds that could be interesting. If so why don’t you take part and get in touch with us? We will love to get people’s help and expand this experiment to include more languages and more sounds!

Arika Okrent explains why we don’t use the same words for animal sounds in every language in the video below: