Tajikistan is a small country located in central Asia. It is amongst of the smallest nations in Central Asia, when considered in terms of area. There are many tourist attractions in tajikistan but for peoples who love adventure "The Road from Hell" As known as Pamir Highway. This is the only continuous road in the Pamirs and the second-highest road in the world, after the Karakorum Highway. 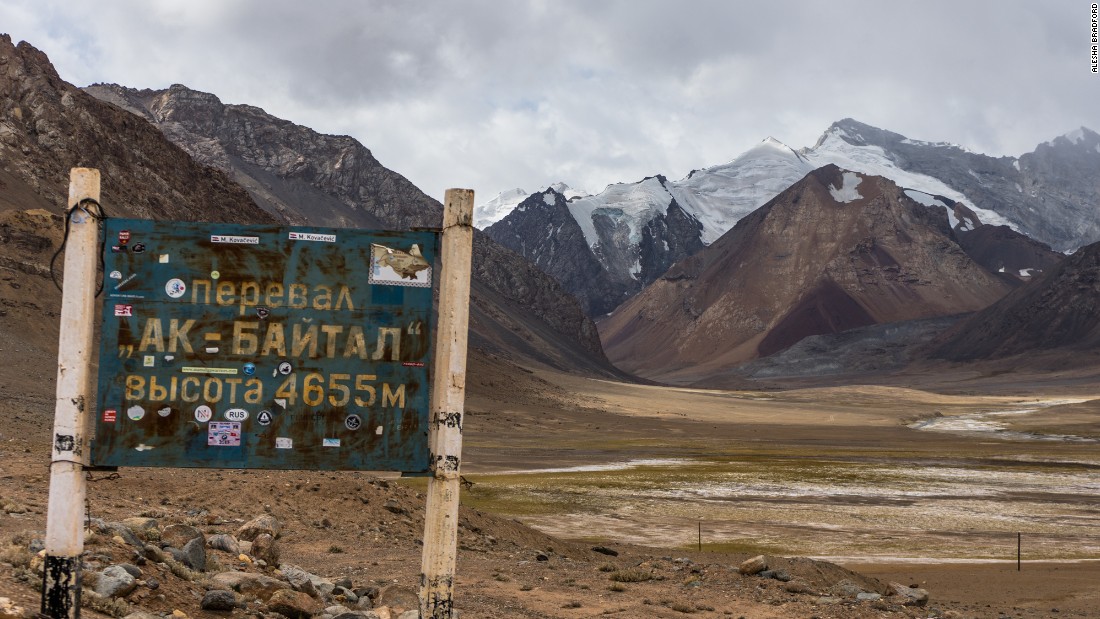 The historical Pamir Highway, officially called M41, is an excellent challenge for a 4×4 adventure travelers. Most of the road is paved, except for the mountain passes, and the length of the road is 2.038 km kilometers linking Termez (Uzbekistan) and Kara-Balta (Kyrgyzstan) going through the Pamir Mountains. 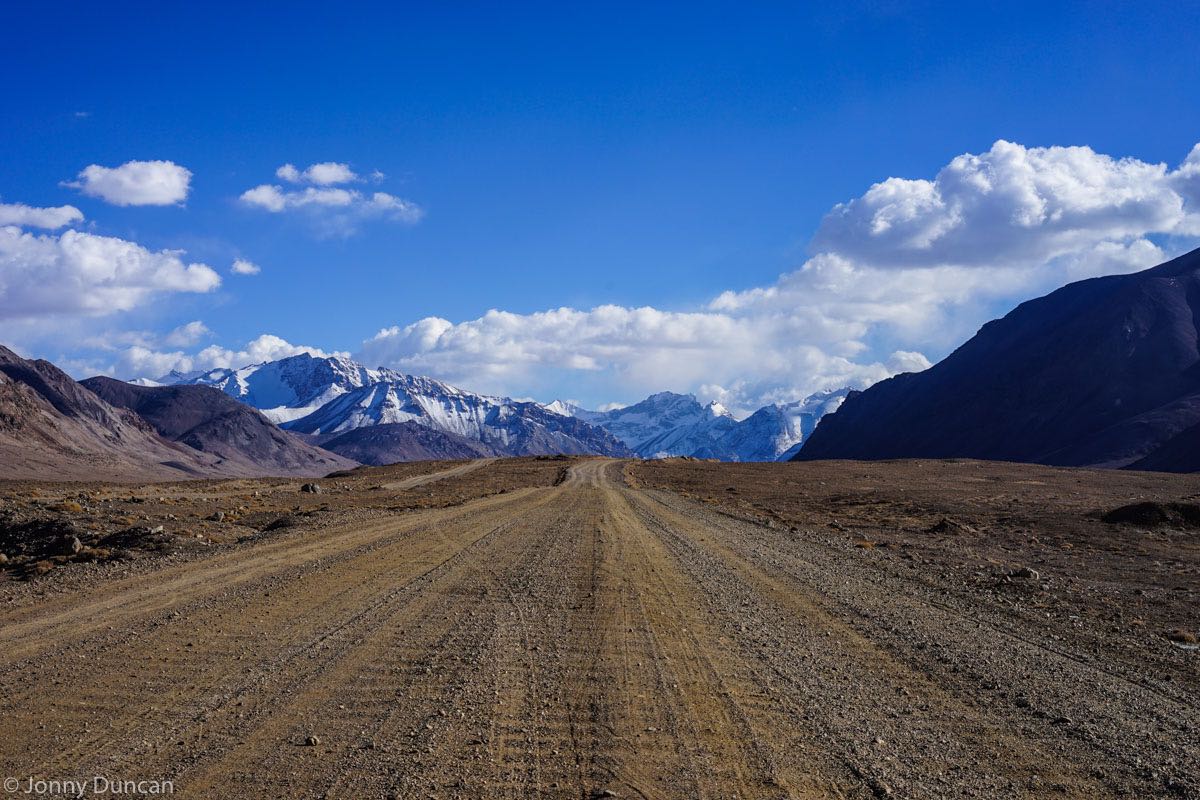 The road is heavily damaged in places by erosion, earthquakes, landslides, and avalanches. Do not travel this pass in severe weather conditions. 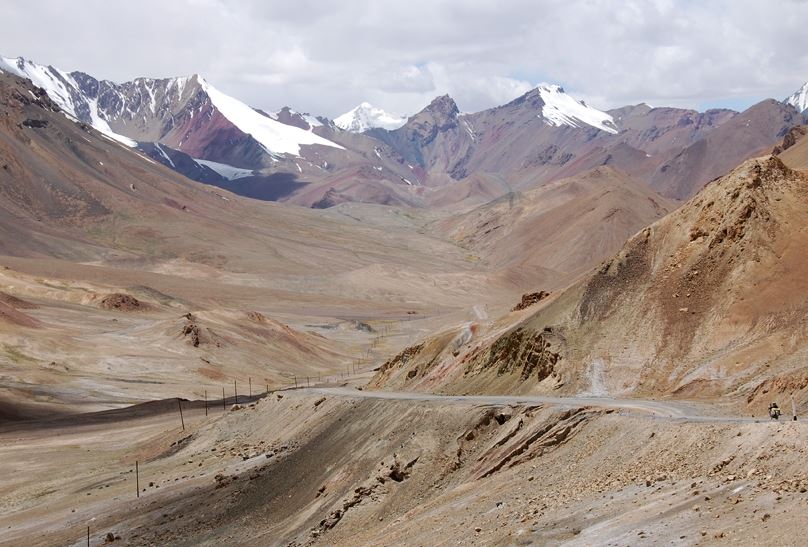 Some sections of the road have a notorius lack of oxygen that tests the organisms and a high degree of steepness. Most people feel altitude sickness at around 2,500-2,800 meters. 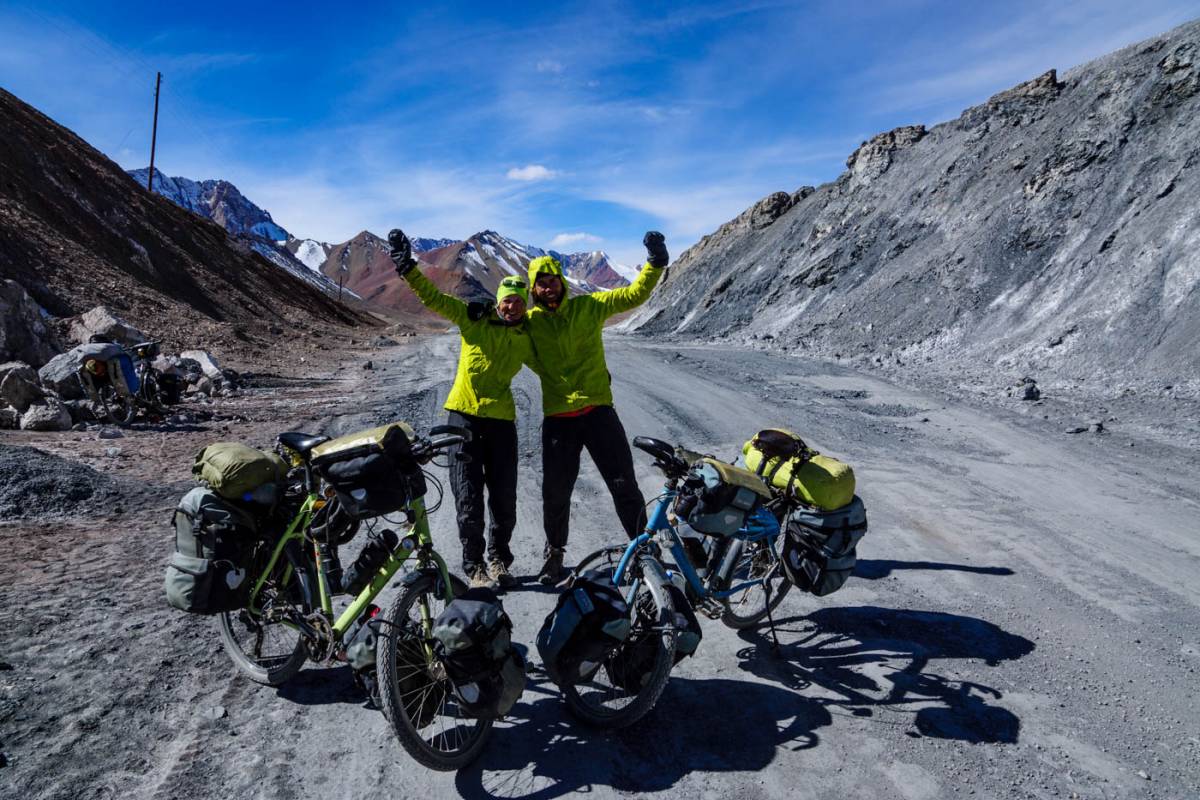 Most of the Pamir Highway is located in Tajikistan, a country situated in the middle of Central Asia with India to the south and China to the east, but the highway also goes through Afghanistan, Uzbekistan and Kyrgyzstan in Central Asia. 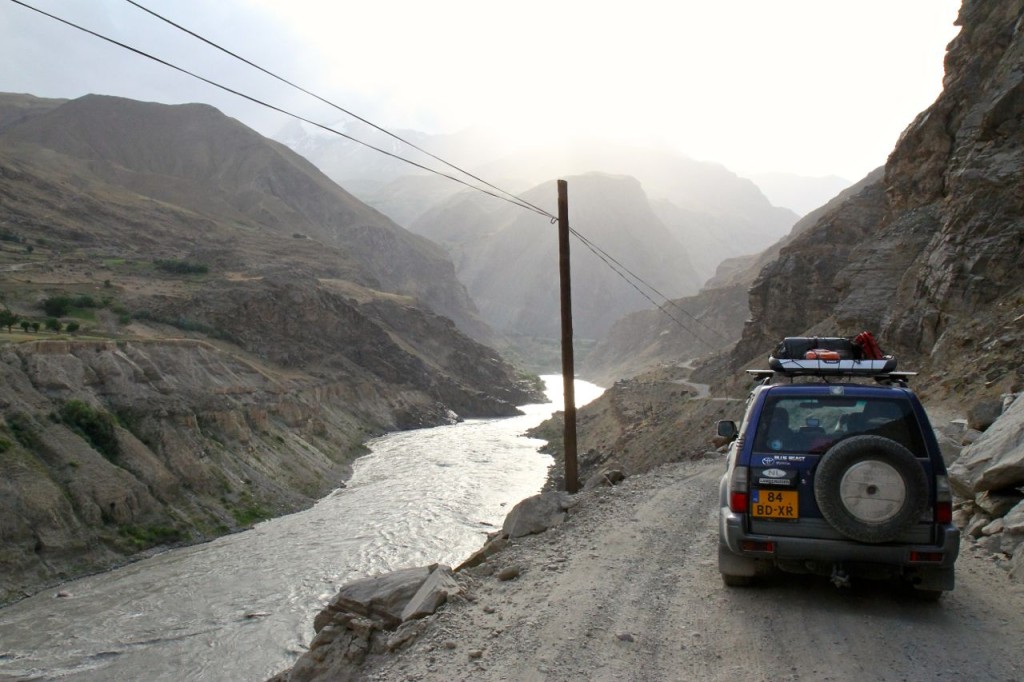 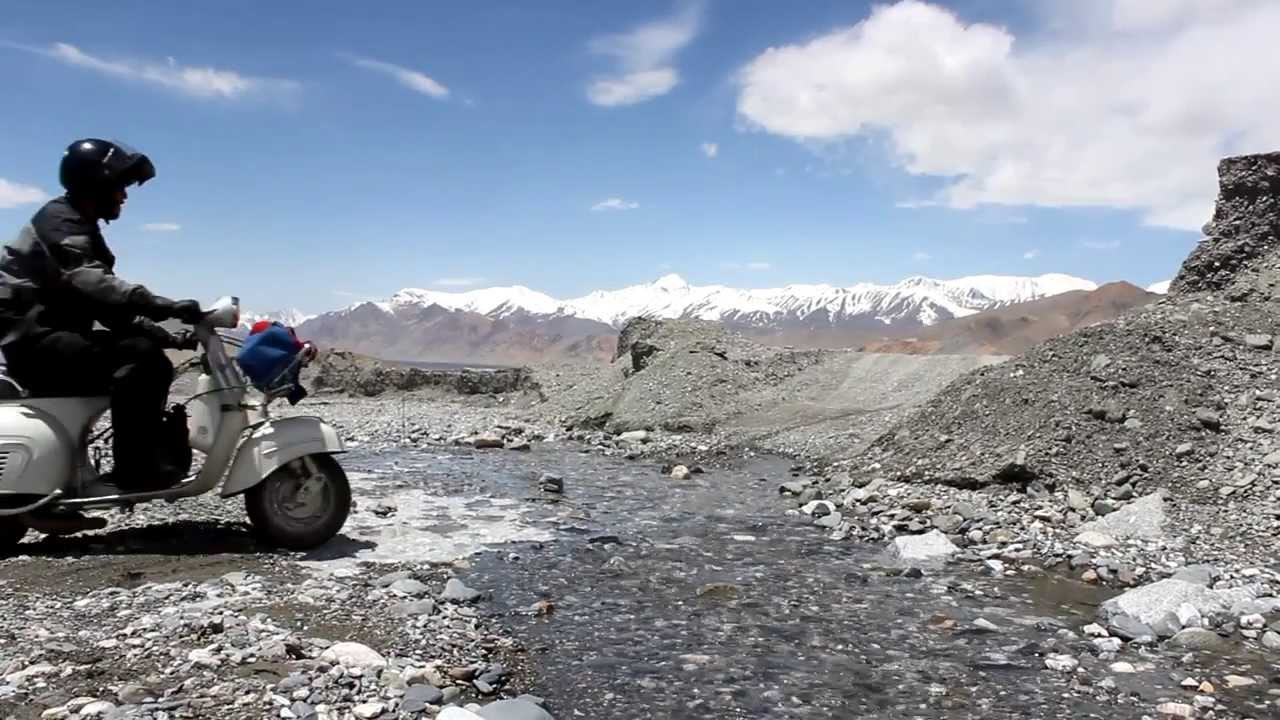 This road has humbled many egos. It’s not for the sissies and shouldn’t be attempted by novice drivers. It’s one of the world’s most famous routes for the adventurous travelers and lies mostly in Tajikistan, the highland country of Central Asia. 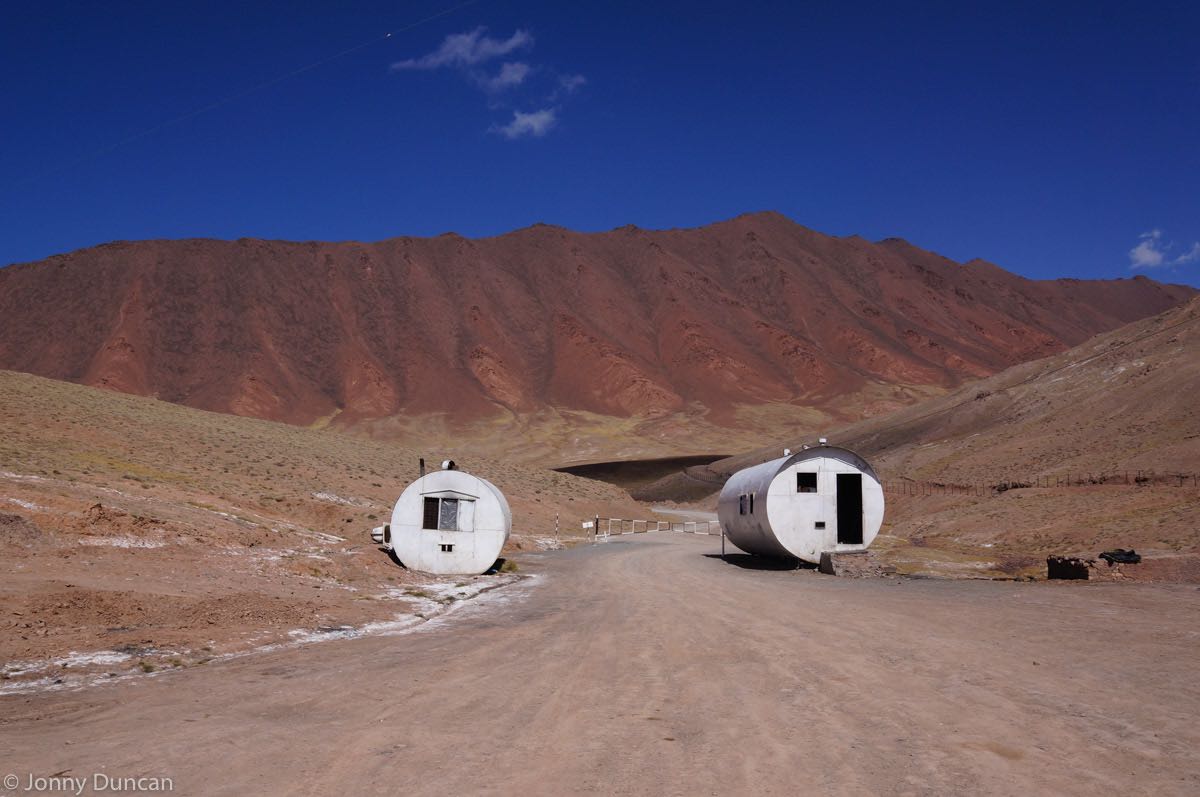 The condition of the asphalt depends; sometimes it is really bad. Construction and maintenance levels vary substantially along the highway. The roadway is paved is some areas, but is mostly unpaved. The road is in dreadful condition and requires strong nerves to negotiate it. It’s certainly breathtaking and it has a fearsome reputation. 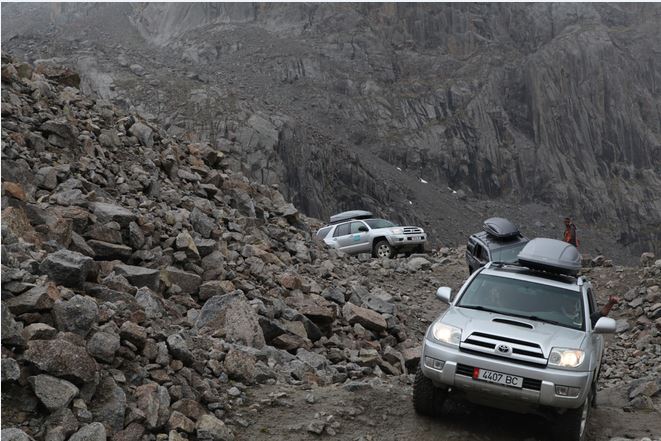 The Pamir highway is mostly one-lane. Driving mistake can have deadly consequences, because the road is small and goes along deep valleys. No barrier stands between the road and the cliffs. Travelling through here is like a trip to a parallel world, where the landscape is bigger, bolder and infused with the eerie, all under the high, wide presence of a brilliant blue sky. 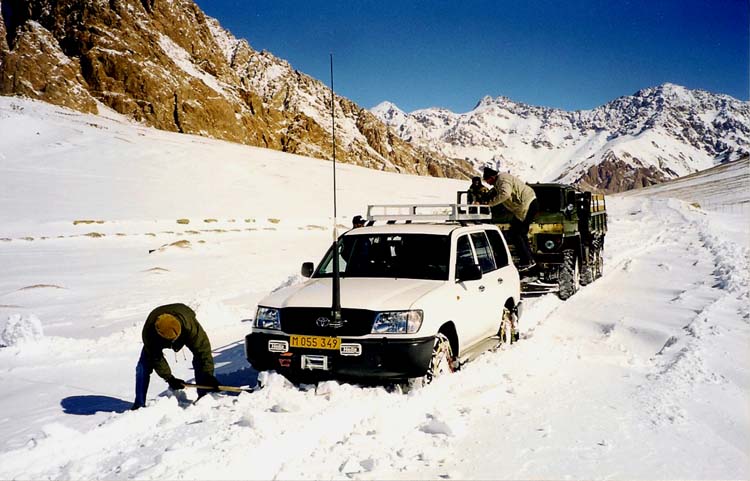 The surface of the road is gravel and sand. The highway is known as the second-highest altitude international highway in the world. The section between Dushanbe and Murghab has the European route number E 008. Pamir Highway is usually open all year, but it can be closed anytime when the access is not cleared of snow. The decaying roads make traveling difficult and dangerous with lack of any rest stop plastic sheds. The high elevation of the highway is no stranger to high winds, another gruelling danger while driving on weathered cliffs. Road closures can be frequent, so check conditions before traveling to this area. 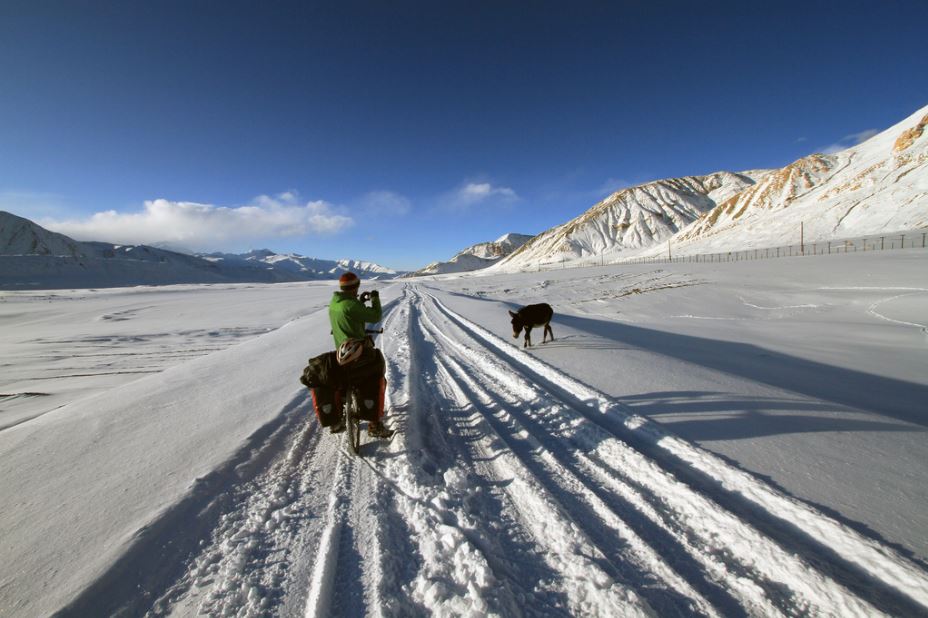 Portions of this roadway may be temporarily closed due to road work or inclement weather. The road was built during Soviet times, to connect parts of their imperium in this region. The road was constructed partly in the 19th century (during The Great Game), partly in 1930s. Since the breakdown and Central Asia’s independence, not much coherent maintanance has been done to the road, only in spots, where damage has been caused by flash floods or scree. 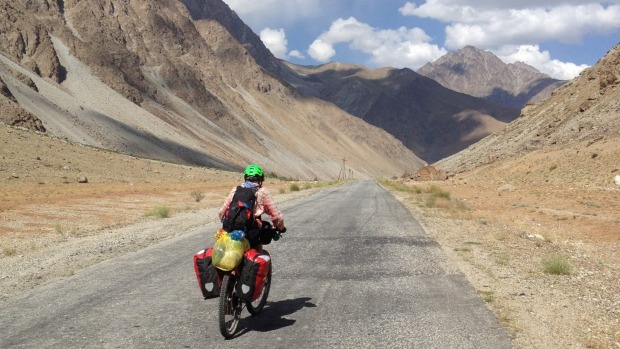 Heavy or prolonged rain can cause local flash floods that cover the road with water or wash out culverts or bridges. In the 1985 film Spies Like Us, the decoy GLG-20s played by Chevy Chase and Dan Aykroyd are told to meet their contacts on the "road to Dushanbe," a reference to the M41 highway.

A Pamir Highway traveler must be experienced and completely devoted to safe, slow and obstacle-conscious driving to deter danger. The route of the Pamir Highway has been in use for millennia, as there are a limited number of viable routes through the high PamirMountains; the road formed one link of the ancient Silk Road trade route. Throughout the area, the land is typically rugged and dry. This road is sometimes referred to as “The Road from Hell”.

Pamir highway descentCycling the Pamir Highway has become a popular adventure for die-hard cycle tourists. It’s tough: due to the height you only have half of the oxygen you would have at sea level, there are blazing winds and you have to watch out for oncoming traffic in the form of Chinese trucks. Nonetheless, don’t expect to be a pioneer.

Water is Tajikistan’s liquid gold, and provided you have a good filtering system you will have no problem to find drinking water in the many streams and lakes. Food is a bigger issue. You will have to pack 3 to 4 days worth of food to survive some longer stretches.

Watch YouTube Video 10 Roads You Would Never Want to Drive On: