Norway’s rocky coastlines is home to some of the very spectacular rock formation that draws thousands of rock climbers and adventurous tourists world over...
Read more
Entertainment

The two youngest billionaires in the world are fresh out of high school, and each worth $1.2 billion. Katharina and Alexandra Andresen are the...
Read more

There’s a town in Norway RJUKAN that’s in shadows for six full months of the year. They have built GAINT MIRRORS on the mountainside to reflect natural light to the center of town. 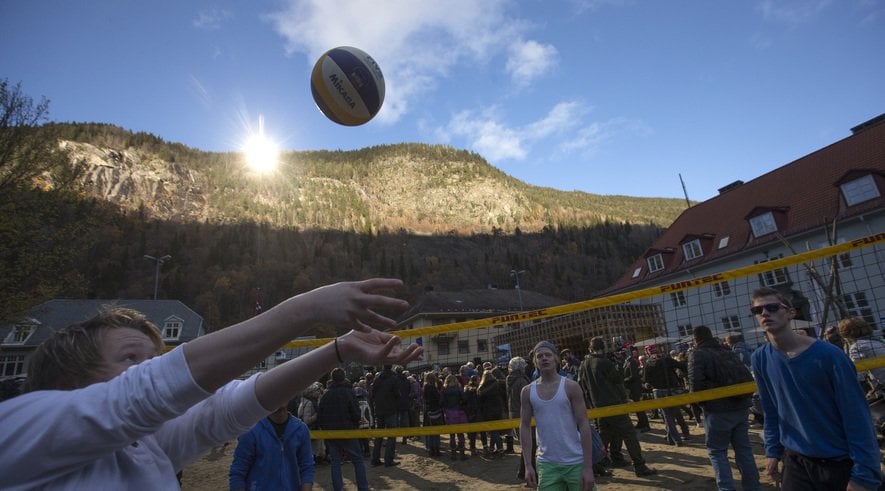 The small town of Rjukan, Norway is situated in such a way that for 6 months out of the year, there is no sunlight! A perfectly ill-situated mountain blocks the sun’s light for the winter months, keeping the 3,500 townspeople in darkness…until now. Giant mirrors are making a big change in the town. 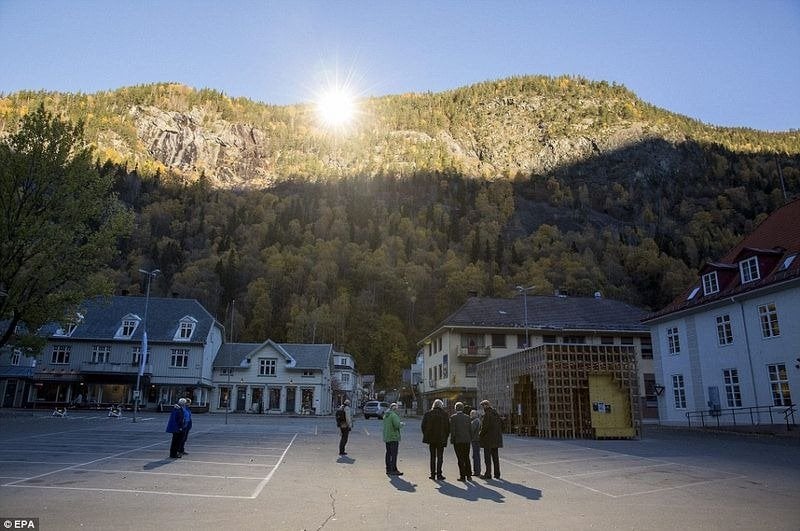 Rjukan is a small industrial town in the municipality of Telemark, in Norway, that lies at the bottom of a deep valley at the foot of the mighty Gaustatoppen mountain. The steep slopes of the surrounding mountains completely block out the sun for half the year, leaving this thriving community of 3,400 in permanent shadow from September to March. 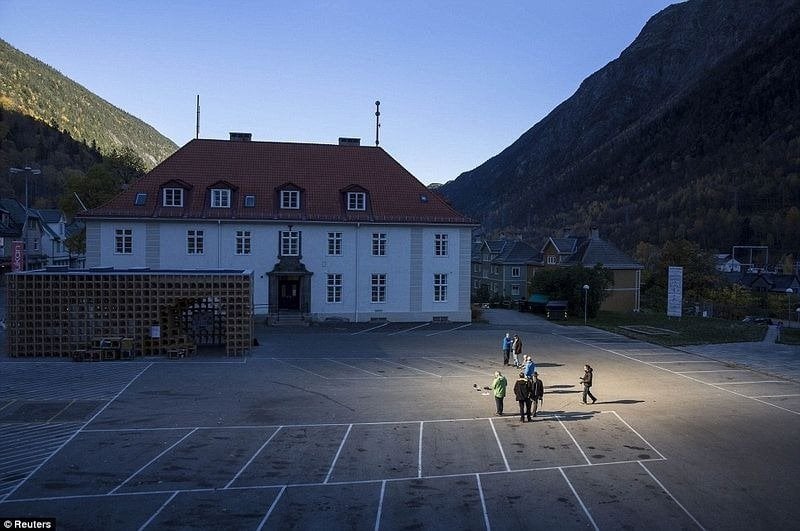 But since 2013, the town’s residents has been basking under a tiny patch of sunlight that falls right over the market square. This light is reflected from three large heliostatic mirrors called “Solspeil” installed on the mountainside about 450 meters above the town’s square. The mirrors capture the sunlight and direct it into the market square where it illuminates an area of about 600 square meters. Controlled by computers, the mirrors follow the sun’s movement across the sky, moving every 10 seconds so that Rjukan’s square remains sun drenched for the entire length of the day. 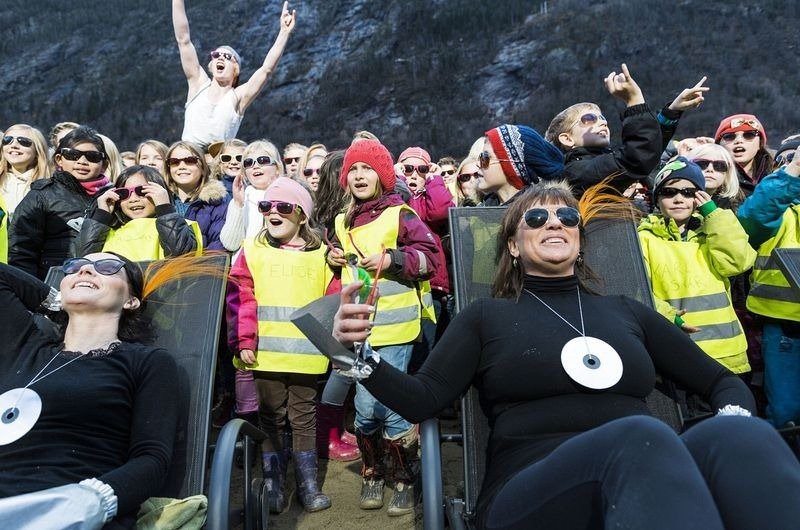 The plan to illuminate Rjukan was first drawn up 100 years ago by the town’s founder and industrialist Sam Eyde, who started a fertilizer factory there. Rjukan was chosen because it was near a 104-meter waterfall, which provided easy means of generating large quantities of electricity. It is estimated that Eyde spend about two times the national budget of Norway to build Rjukan and his factory. 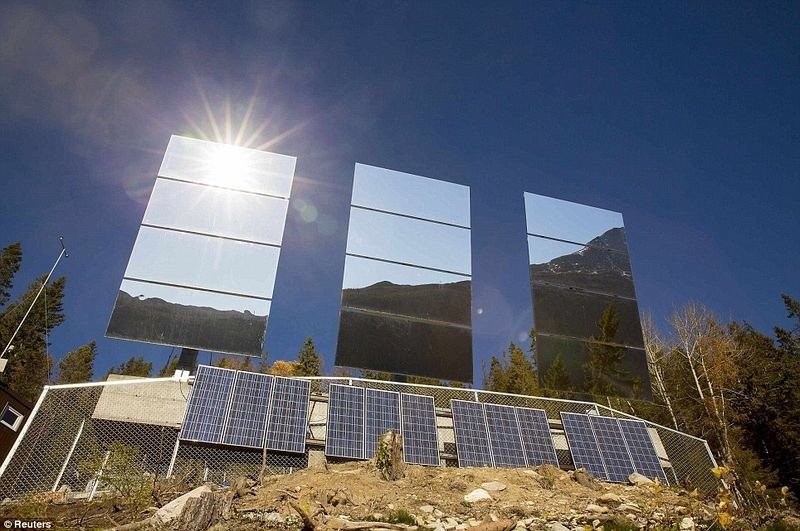 But Eyde couldn’t implement his idea for the technology wasn’t there. Instead, his company paid for the construction of a gondola in 1928, which the townsfolk could use, for a small fee, to ride nearly 500 meters up the mountain and into the sunlight. This gondola is called Krossobanen and it remains functional still today transporting thousands of people to the mountains every year. 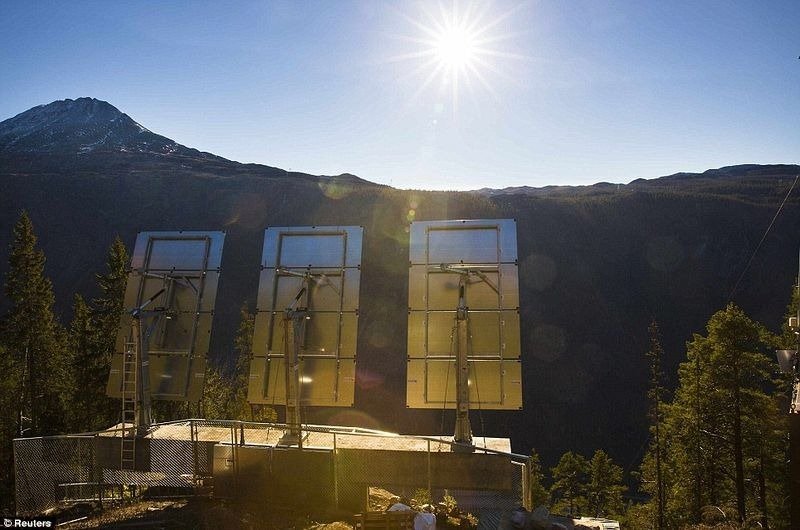 The idea to light up Rjukan was revived in 2005 by Martin Andersen, an artist and resident of the town. Andersen heard about a partially covered sports stadium in Arizona that was successfully using small mirrors to keep its grass growing. He also learned how heliostat were being used to reflect concentrated beams of sunlight to heat steam turbines to produce electricity. The following year, the Italian town Viganella successfully installed a similar sun mirror to reflect sunlight into the village. Viganella, just like Rjukan, is located in a valley where the mountains cast long shadows for three months in the winter. 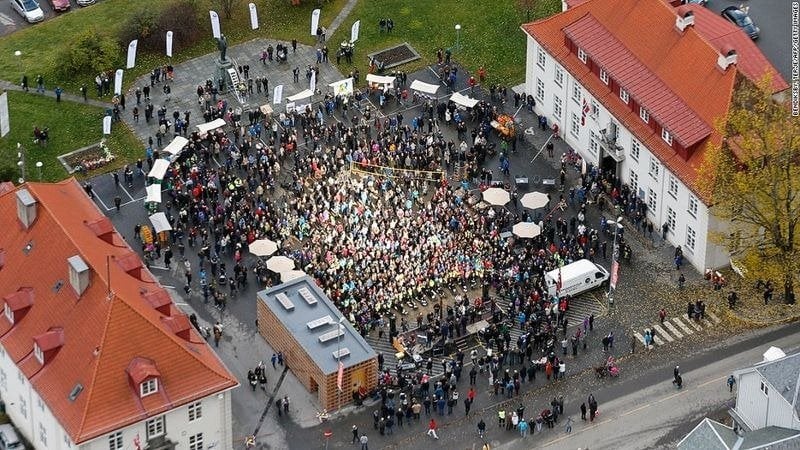 Andersen persuaded the town hall to come up with the cash to allow him to develop his project further. He contacted experts in the field and also visited Viganella himself. Finally, with the help of public investment and private sponsorship, most of which came from Norsk Hydro, the company founded by Sam Eyde, Andersen raised 5 million Norwegian krone (about $851,000) that allowed the town to complete the project.

Before You Go Just Watch YouTube Videos About Norway :

2. The winter in Norway

Costa Rica booked their place in the round of 16 with a 1-0 victory over Italy as they became the first side to qualify...
Read more

Happiness is a very high bar for parents...

The parenting section of the bookstore is overwhelming—it's "a giant, candy-colored monument to our collective panic," as writer Jennifer Senior puts it. Why is...
Read more

We have all heard of the Great Wall of China, but few know that India also has its own “Great Wall of India”, that...
Read more

Wrinkles on the face always talks about the experience and not just the age. Laxman Rao, age 62, a tea staller along roadside of...
Read more
Load more