20 Cool Facts We Bet You Did’t Know About Kyrgyzstan

IF YOU are afraid of snakes, this is the stuff your nightmares are made of. Its really rare, but not completely uncommon that a...
Read more
Art

Artist decided to become a tourist in his own city- he wanted to see the London that he ignored, to explore the landmarks and...
Read more

The people of Kyrgyzstan come from a proud tradition as nomadic horsemen and warriors of the Central Asian steppe. Once the rulers of a vast empire in the middle of Central Asia, they have been under the thumb of one foreign people or another since the time of Genghis Khan.

With the fall of the Soviet Union in 1991, the Kyrgyz got a long-awaited chance at self-rule. So far, unfortunately, they have not been able to capitalize on that chance.


Here are 20 interesting facts about the Asian country Kyrgyzstan and its culture that we have found on internet.

Manas, a warrior who united Kyrgyzstan, is undoubtedly the most popular folk hero in the country. You see this name everywhere. There are streets, statues, universities, radio stations, national parks, and many other things that are named after him. Even Kyrgyzstan’s main airport is Manas International Airport. During one of my borrower visits, I visited his final resting place, Ala Too mountain, in the northwestern city of Talas. There they have Manas Ordo, a historical park and museum built in his honor. 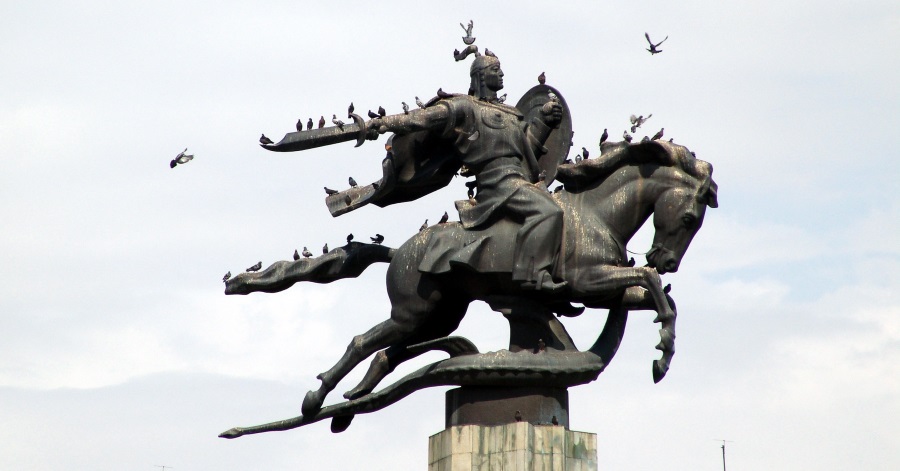 Manas Ordo, the burial place of Manas. Legend has it that, as a kid, Manas regularly lifted the huge piece of rock shown in this picture (center right)

People in Kyrgyzstan love tea. It is like a replacement for water here, and you drink tea with pretty much every meal. The amount of tea I drink everyday has probably quadrupled since my arrival here. Tea is served in small bowls instead of cups, and you almost always order traditional Kyrgyz bread with the tea. 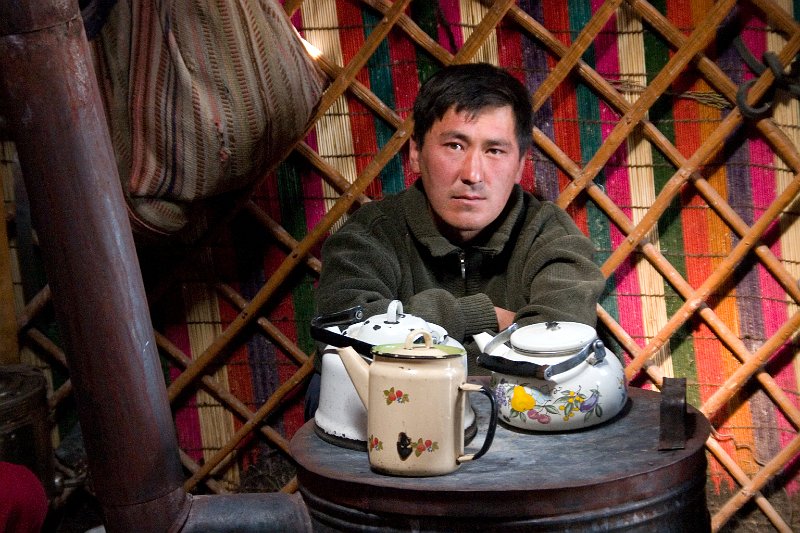 It is not common to tip in Kyrgyzstan. However, a lot of restaurants add an automatic 10% service charge to the bill. 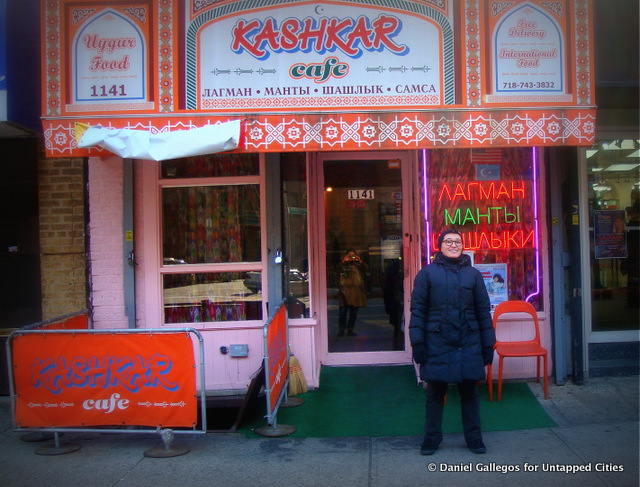 
The vast majority of people in Kyrgyzstan are Sunni Muslims. However, you don’t see obvious signs of Islam while walking down the streets of Bishkek, partly due to its Soviet history. After the collapse of communism, the influence of Islam has slowly been coming back into Kyrgyz society. A lot of my Kyrgyz friends don’t drink alcohol or eat pork, and some even skip lunch on Friday to attend prayers in the mosque. 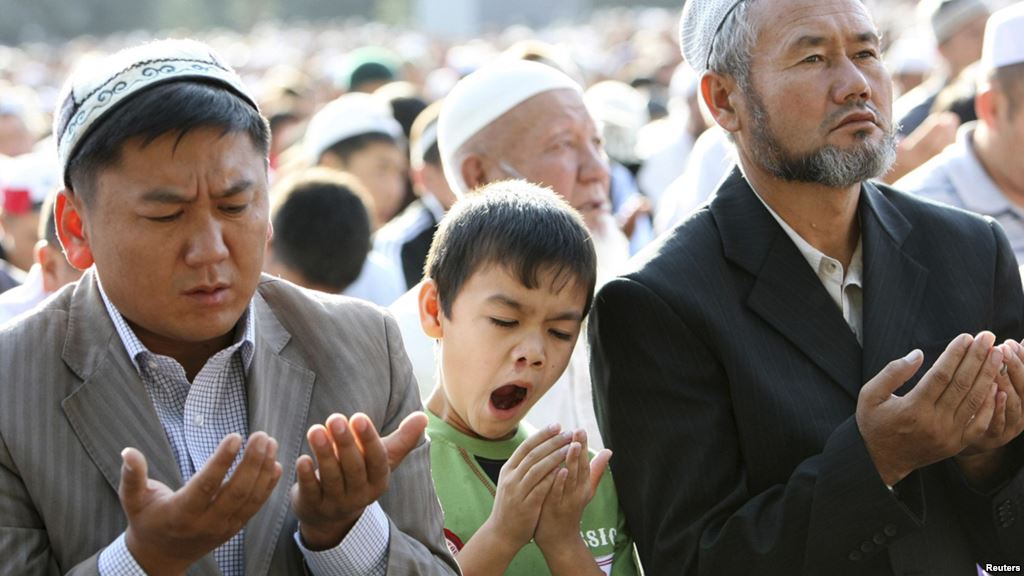 
People value cleanliness a lot here. You need to always take off your shoes before walking into anyone’s house. 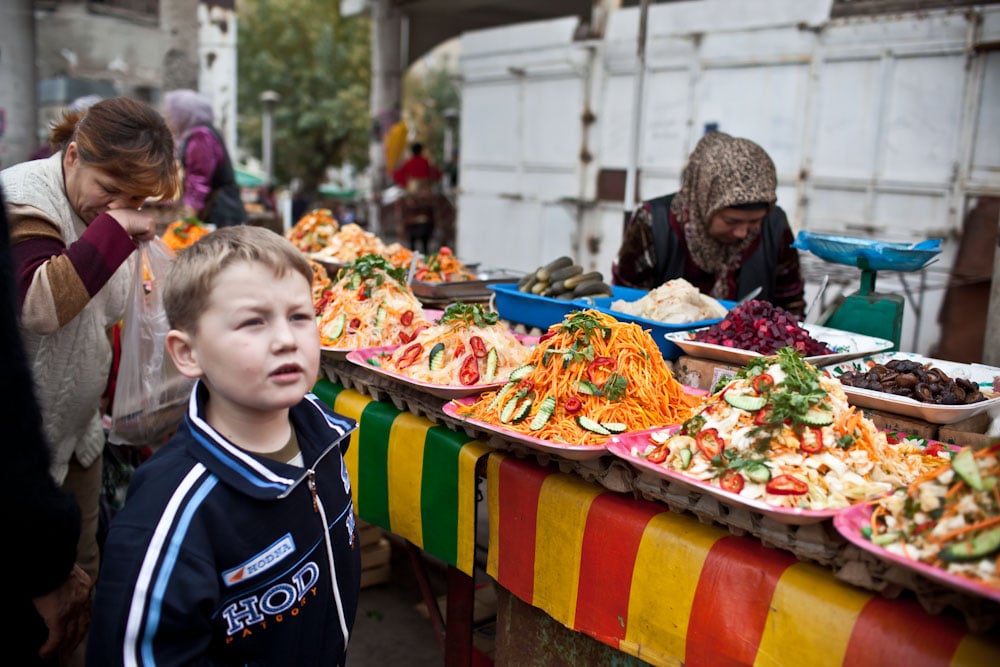 Kyrgyzstan is generally a safe country, but there aren’t very many street lights. Even in the capital city of Bishkek, the streets are barely lit at night.

A Kyrgyz friend of mine told me that Bishkek is one of the greenest cities in the old Soviet republics, maybe even in the world. Most of Bishkek’s streets are wide and lined with trees and bushes, and it actually looks really pretty. 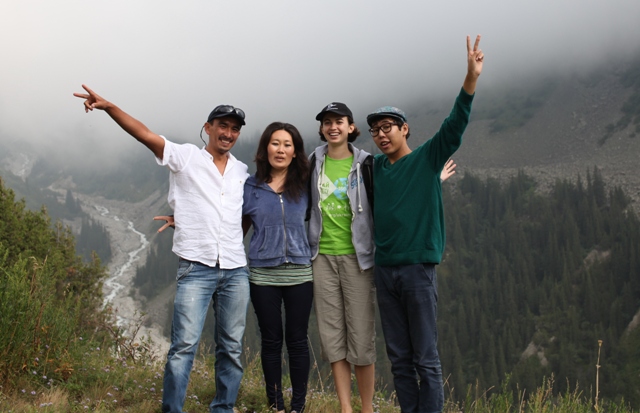 Kyrgyzstan’s walnut forests are among the world’s largest natural forests of this type. The city of Osh was an important commercial center in the 10th century as part of the Silk Road, the trade route between China and Europe. 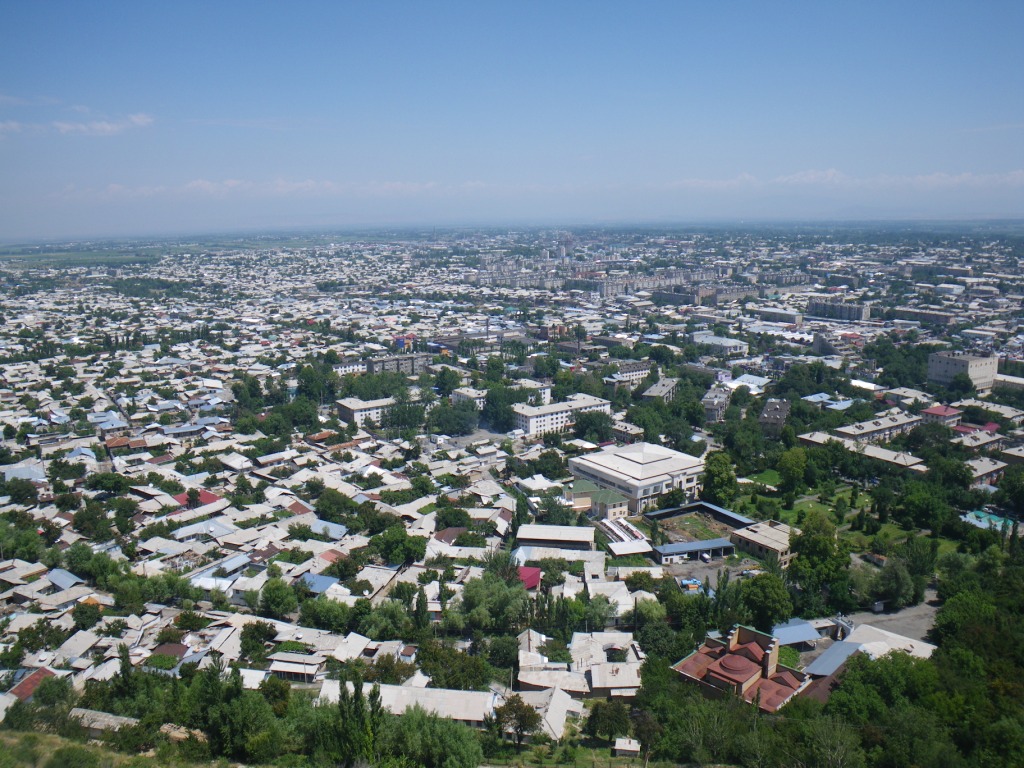 The Inylchek Glacier of Kyrgyzstan is one of the largest glaciers in the world. 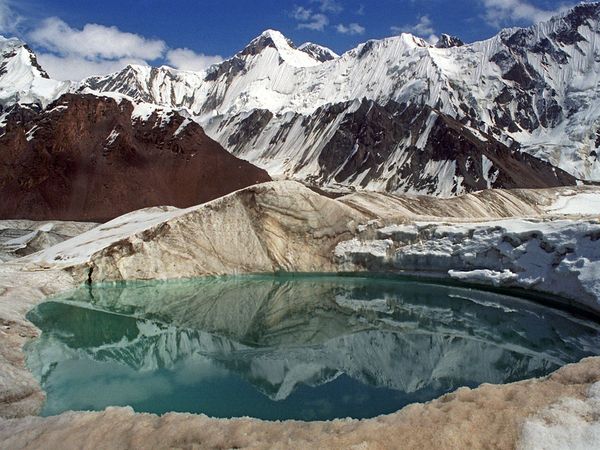 The name Kyrgyz is derived from the Kyrgyz word for “forty.” It is a possibility that the people of Kyrgyzstan came from forty families or clans.

13. The Kyrgyz were one of the groups who raided the borders of China and created the need for the construction of the Great Wall. 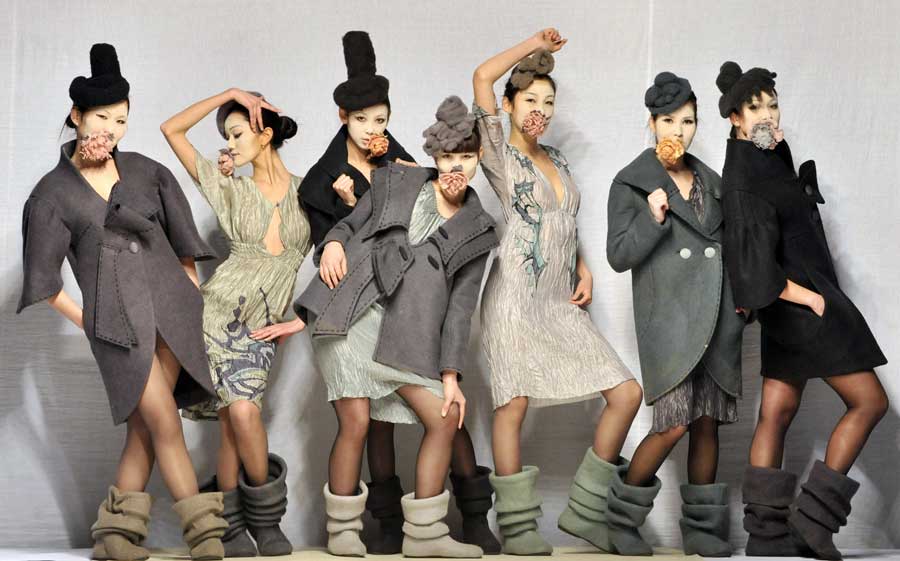 14. Be careful in the cities of Osh, Jalal-Abad, and Bishkek. The roads and sidewalks are filled with holes and uncovered sewers.

15. Kyrgyzstan is one of the few countries that have a currency with a denomination of 3 som. 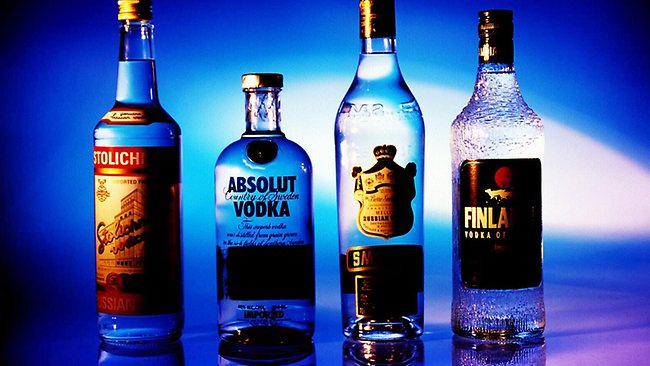 17. Tourists can negotiate with any car on the road; they’re all potential taxis – if the price is right.

There are over 88 major mountain ranges in Kyrgyzstan, making up about more than 70 percent of the country’s territory. 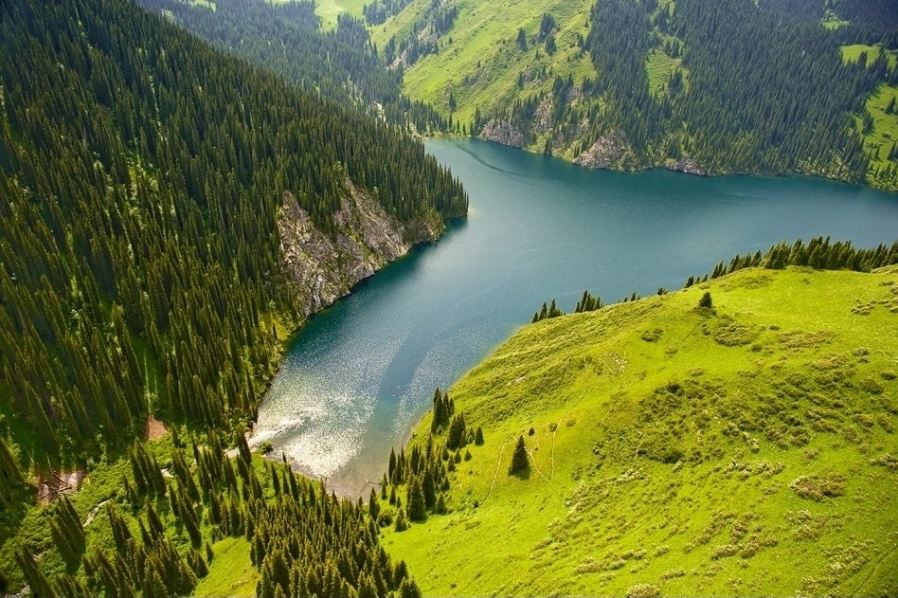 19. The most famous person from Kyrgyzstan is a writer, Chingiz Aitmatov. He is more known by the world than any sportsmen, politicians and musicians. 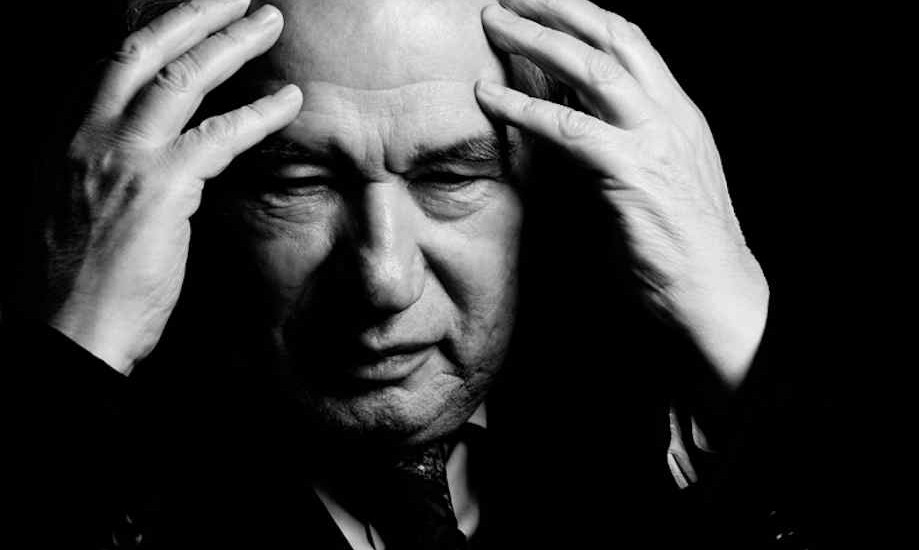 Destroying tanks with Water. In the 1965 India-Pakistan war, Pakistan had an upper hand in the initial stages of the war, main reason of...
Read more

Here we found another emotional tv advert from Thai Life Insurance (Thailand). Remember to care for those who care for you. Some Youtube Comments: "There are...
Read more

Banksy may have claimed the spotlight, but last year was all about new artists taking their expression to the streets taking street art to...
Read more

During the changing of the royal guards at Buckingham Palace the guards surprised the crowd by playing the theme song of HBO's series "Game...
Read more
Load more