More than 7,000 feet above sea level in the Andes Mountains, Machu Picchu is the most visited tourist destination in Peru. A symbol of the Incan Empire and built around 1450AD, Machu Picchu was designated a UNESCO World Heritage Site in 1983 and was named one of the New Seven Wonders of the World in 2007.

Machu Picchu is a 15th-century Inca site located 2,430 metres above sea level in the Cusco region of Peru situated on a mountain ridge above the Sacred Valley, this ancient city is the most familiar icon of the great Inca civilization. It is believed to have been built as an estate for the Inca emperor Pachacuti. According to scholars, Machu Picchu was an ancient city built-in classical Inca style, with construction elements that defy our very own engineering skills today. Archaeologists have been baffled by the fact that most of the junctions in the central city are so perfect that not even a blade of grass can fit between the stones. Machu Picchu has three primary structured identified by archaeologists; the Inti Watana, the Temple of the Sun, and the Room of the Three Windows.

Here, we present you amazing facts & images of the incredible Inca trail, the magical landscapes and Machu Picchu, take your time and enjoy these incredible images which have been photographed by those who have had the honor to visit one of the most incredible ancient cities of the world:

2. Machu Picchu is made up of more than 150 buildings ranging from baths and houses to temples and sanctuaries. 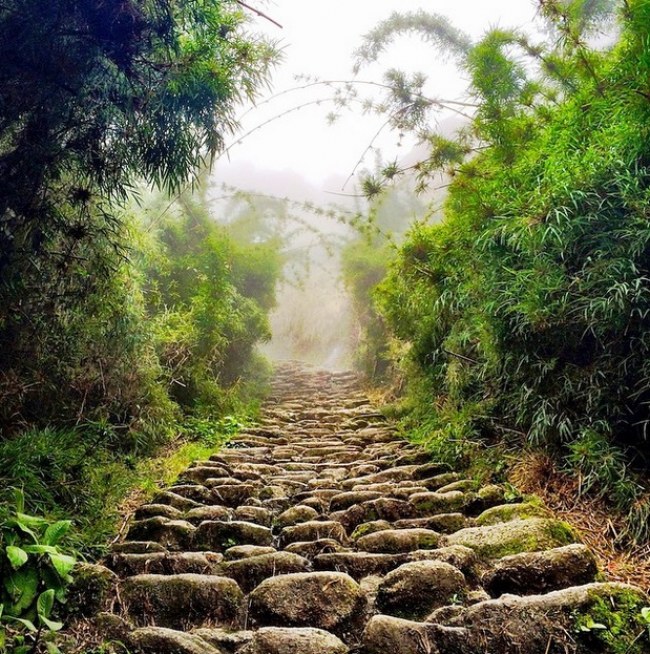 3. The compound contains more than 100 separate flights of stairs. Most of the individual staircases were carved from one slab of stone.

4. Although many of the stones that were used to build the city were more than 50 pounds, it is believed that no wheels were used to transport these rocks up the mountain. Rather, it is thought that hundreds of men pushed the heavy rocks up the steep mountain side. 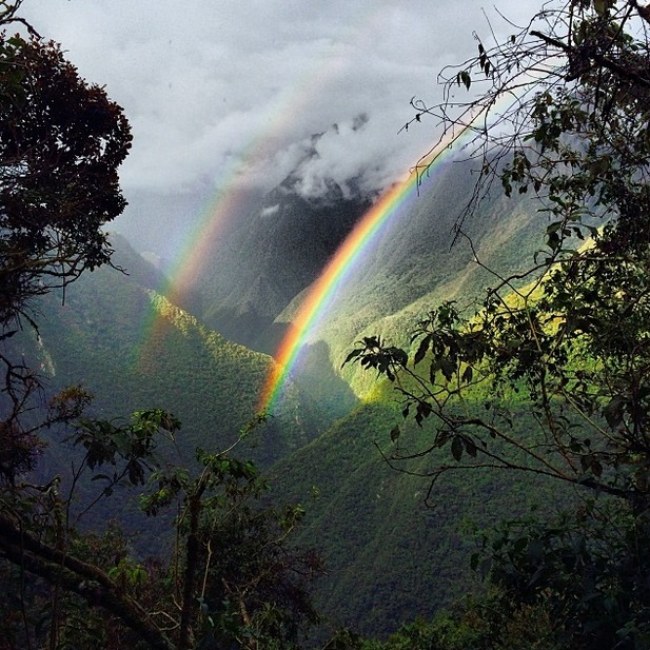 5. Many different theories exist about Machu Picchu’s purpose—a royal estate and a secret ceremonial center among them.

6. The Incas were some of the best masons in the world. The structures were so well built with a technique called ashlar (stones that are cut to fit together without mortar) that not even a knife blade can fit in between stones. 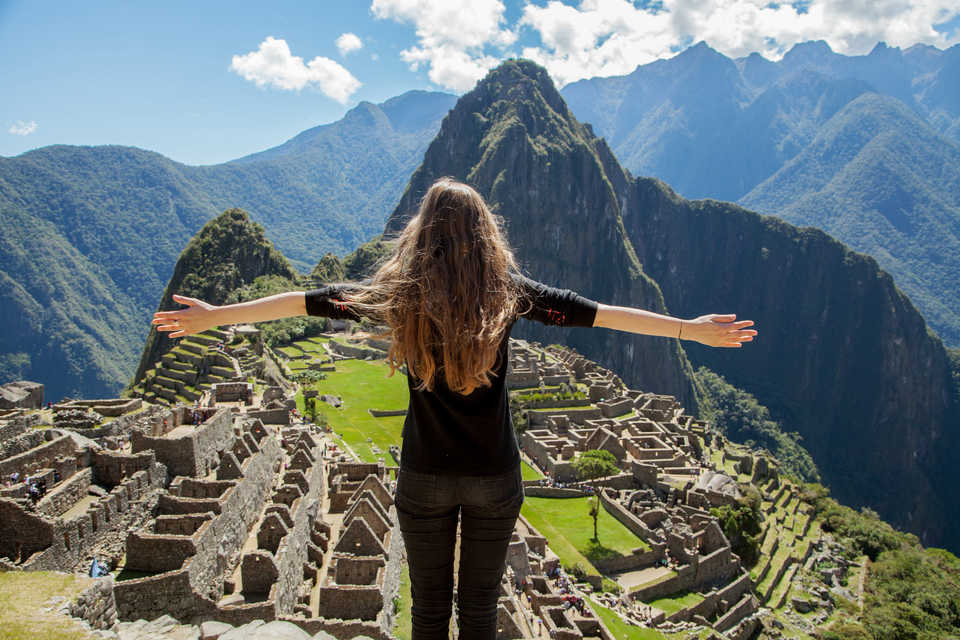 7. Machu Picchu was only known locally until Yale Professor Hiram Bingham re-discovered the site in 1911. His book, The Lost City of the Incas, was based on his findings.

8. A long-standing dispute between Peru and Yale University has existed over the artifacts collected by Bingham during his exploration of the site. Yale maintains that they own the items while Peru insists they were given on loan. 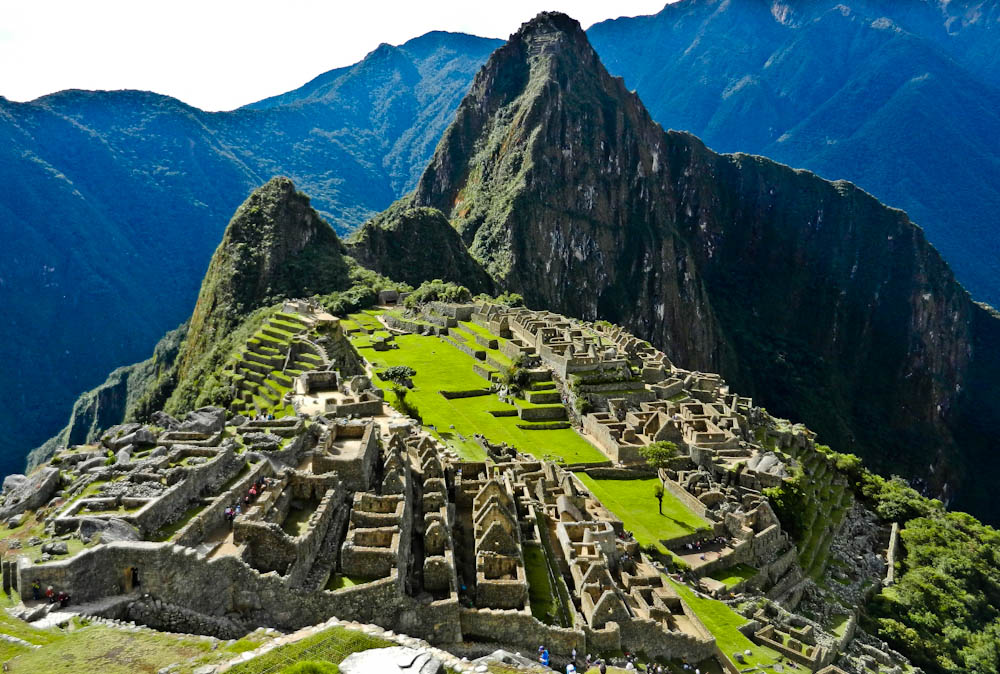 9. Machu Picchu was an astronomical observatory, and its sacred Intihuatana stone accurately indicates the two equinoxes. Twice a year, the sun sits directly over the stone creating no shadow.

10. Unfortunately, most cities built by the Inca civilization were destroyed by the Spanish conquest. Machu Picchu was in a hidden location—invisible from below—and not found, making it one of the most well-preserved Inca cities and an archeological gem. 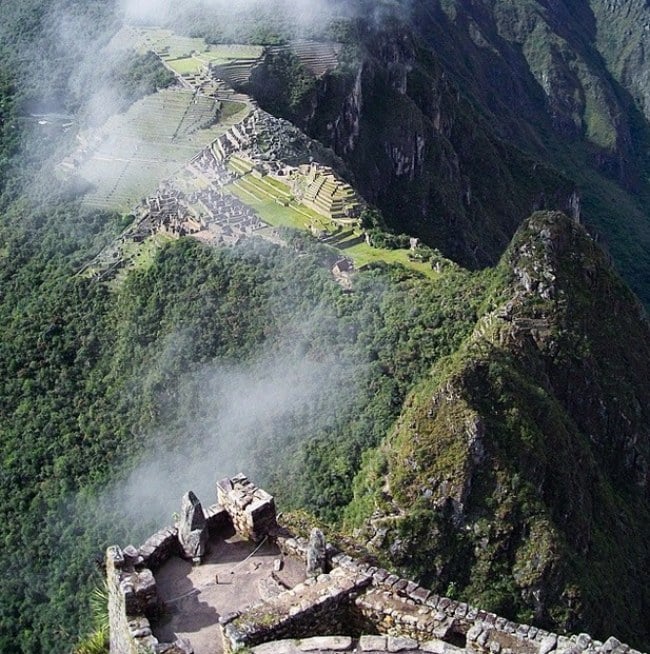 11. The first Westerner credited with unveiling Machu Picchu to the outside world, Hiram Bingham, was said to be looking for the lost Inca site of Vilcabamba when he was first led up the slopes to the then-overgrown ruins.

12. Recently, the accepted history that Bingham was the first outsider to lay eyes on Machu Picchu has been challenged and several candidates put forward. The strongest possible contender is German engineer Augusto Berns who may have been to the site 40 years prior to the American. 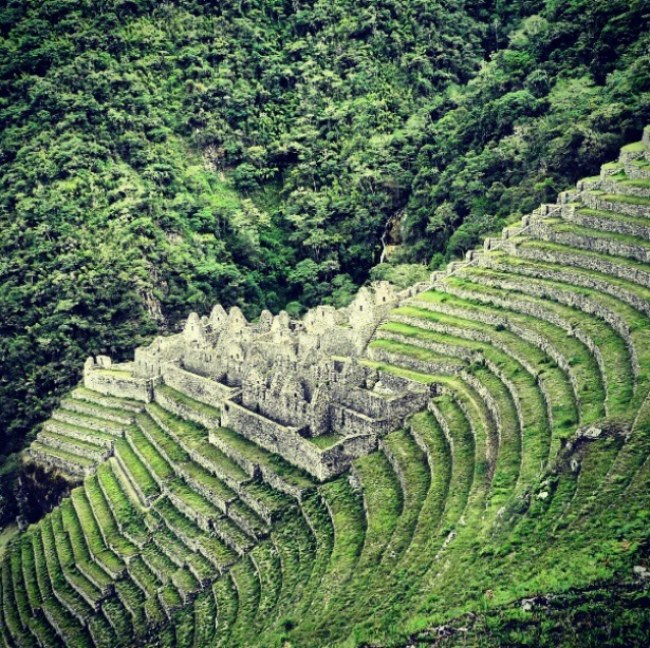 13. When Bingham endeavoured to reclaim the site from the encroaching jungle he uncovered a treasure trove of artefacts that he took with him to Yale University, including mummies, bones, ceramics and precious metals. The Peruvian government has long petitioned the university for their repatriation and in 2008 revised the estimated number of pieces from 4,000 to over 40,000.

14. The most popular way to approach the site is the Inca Trail trek. This three-day trek reaches a lung-squeezing height of 4,214 metres at its highest and there are several sections of original Inca stone paths along the way. Due to fears of erosion the government limits the number of people embarking on the trek to 500, which includes the compulsory, locally-hired porters 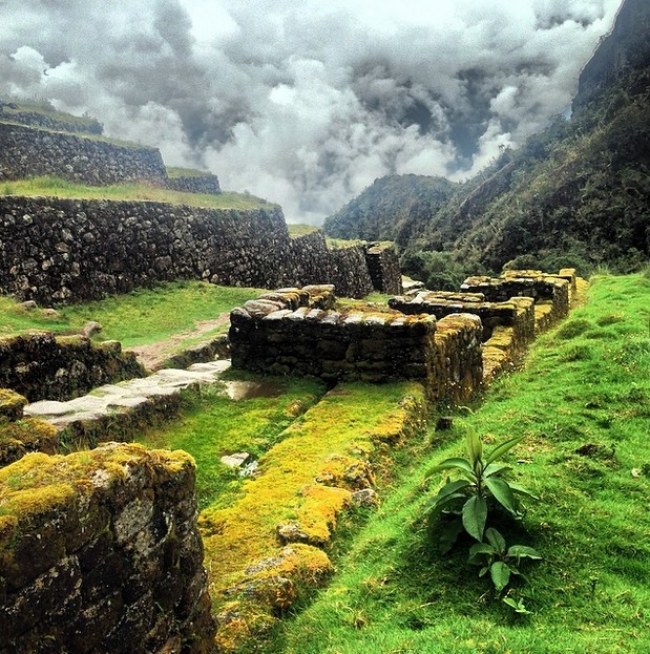 15. Each year there is a race along the Inca Trail, which at 26 miles is pretty much a marathon. The current record is three hours and 26 minutes.

16. Many of the porters will sleep with a shiny metal object or mirror beneath them when on the trail. They believe it deflects spirits coming up through the earth and whisking them away. Ask any guide or porter, and most will tell you that at some time they have experienced the feeling of being pulled out of their tents by spirits of the past.

17. A popular ambition on the trek is to arrive at the fabled Sun Gate in time for sunrise; however this is more of a sun-ruse as high mountains block most the view at sunrise – you’re better off having an extra lie in.

18. At the ruins themselves, there are rules of entrance. One of the lesser-known is that you may not enter dressed in the traditional costume of another country; so anyone thinking of going dressed in your kilt and sporran, your kimono, or Swiss milkmaid outfit, should think again.

19. The most expensive Bollywood film ever made, Endhiran, released in 2010, was partly shot on location at Macchu Picchu. It features and ex miss world as the starring actress and is one of only a few films to be given permission to film in the ruins.

20. A few years ago, two spectacled bears – of Paddington Bear fame – were seen wondering the ruins alongside the throngs of visitors. Spectacled bears are occasionally spotted in the area, but it is very rare to see them in the ruins themselves.