Adi Safri is a photographer based in Kuala Lumpur, Malaysia. “As a human like us, they have a same feeling to keep a valuable things beside them. The things that keep their memorable value to their life. For that reason I’m interested to do this project that I want to know about their lives deeper, by knowing what valuable and memorable items they have brought with them during the journey to Malaysia to seek refuge.”

1. This toy was given by his father who is believed to be lost
Khafid Ahmed Khaif, 4 years old. This toy is the only thing he loves. 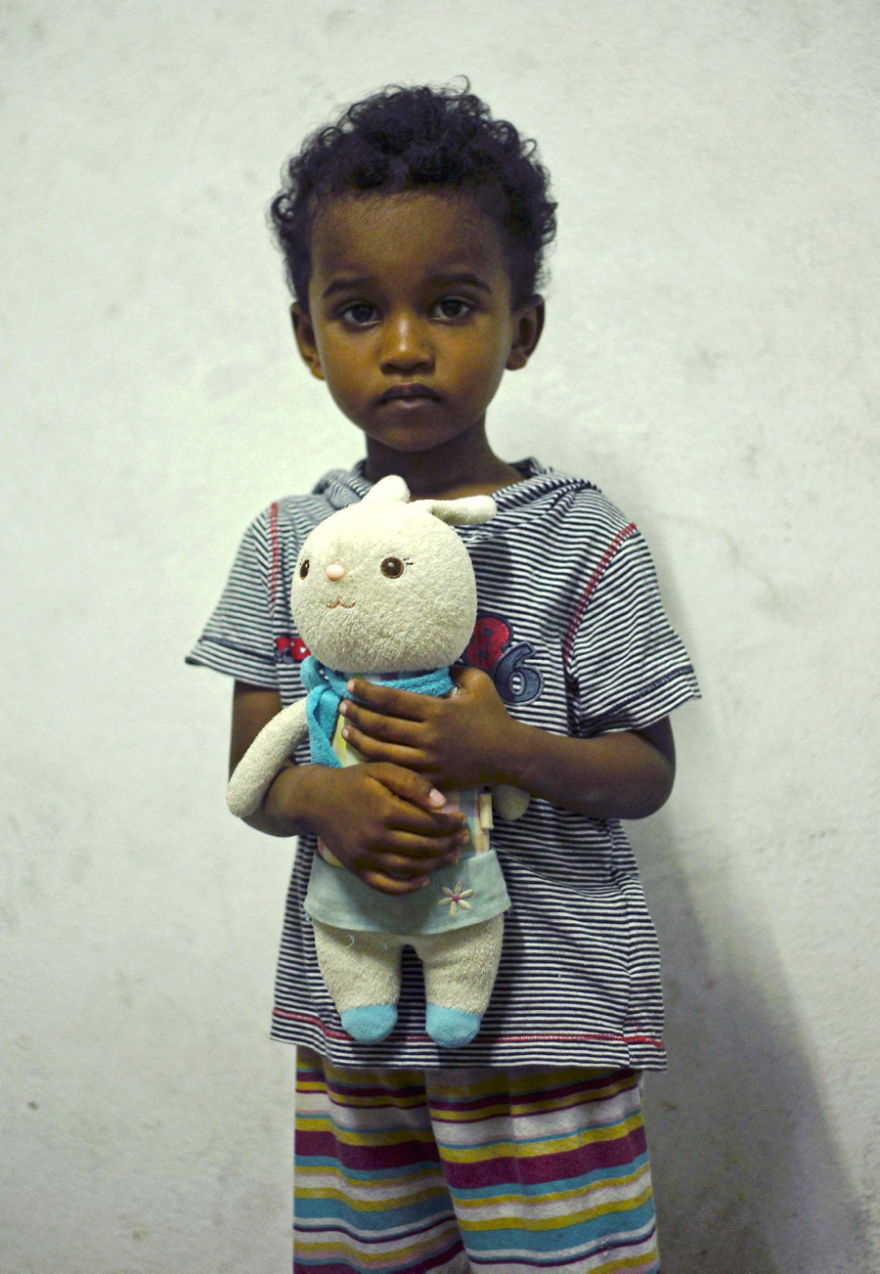 2. Family picture
Mohd Ghafar Malik, 39 years old, ethnic of Rakhine, Myanmar. One of his sons is now in Myanmar and taken care of by his aunt. When he miss his son, he looks at this picture. 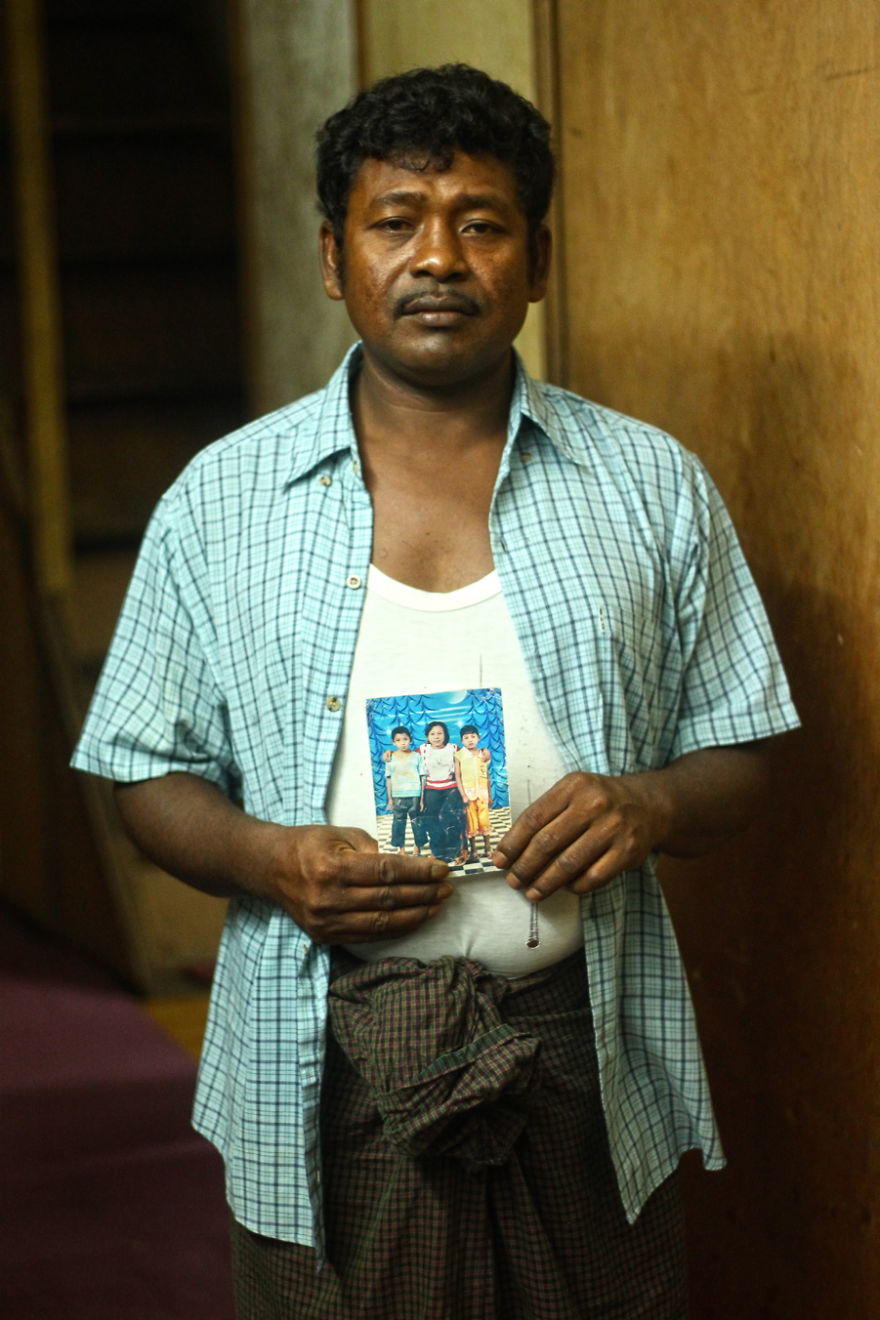 3. With her 9-year-old daughter’s dress
Salimah Gafu, ethnic of Rakhine, 36. Her daughter lives in Myanmar with her relative. 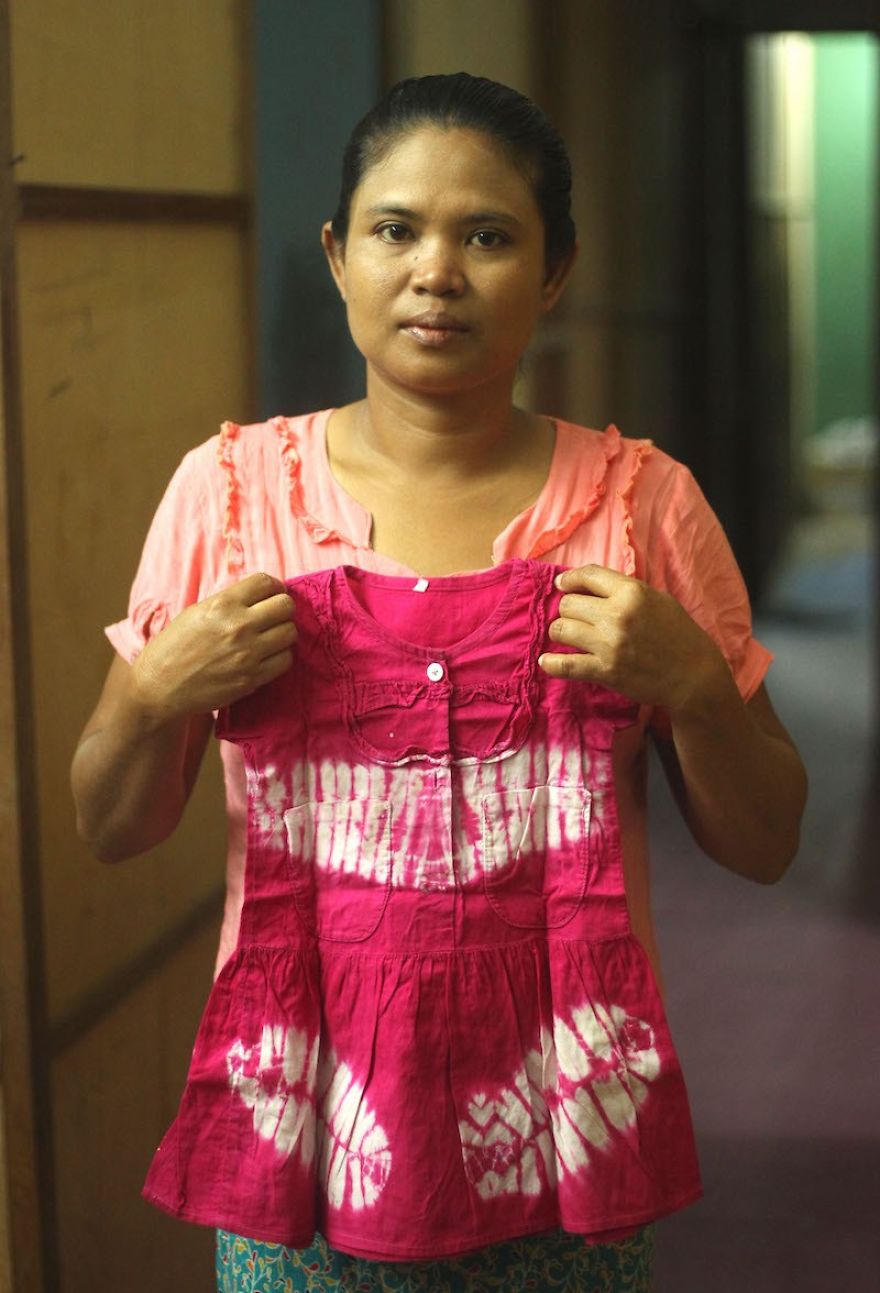 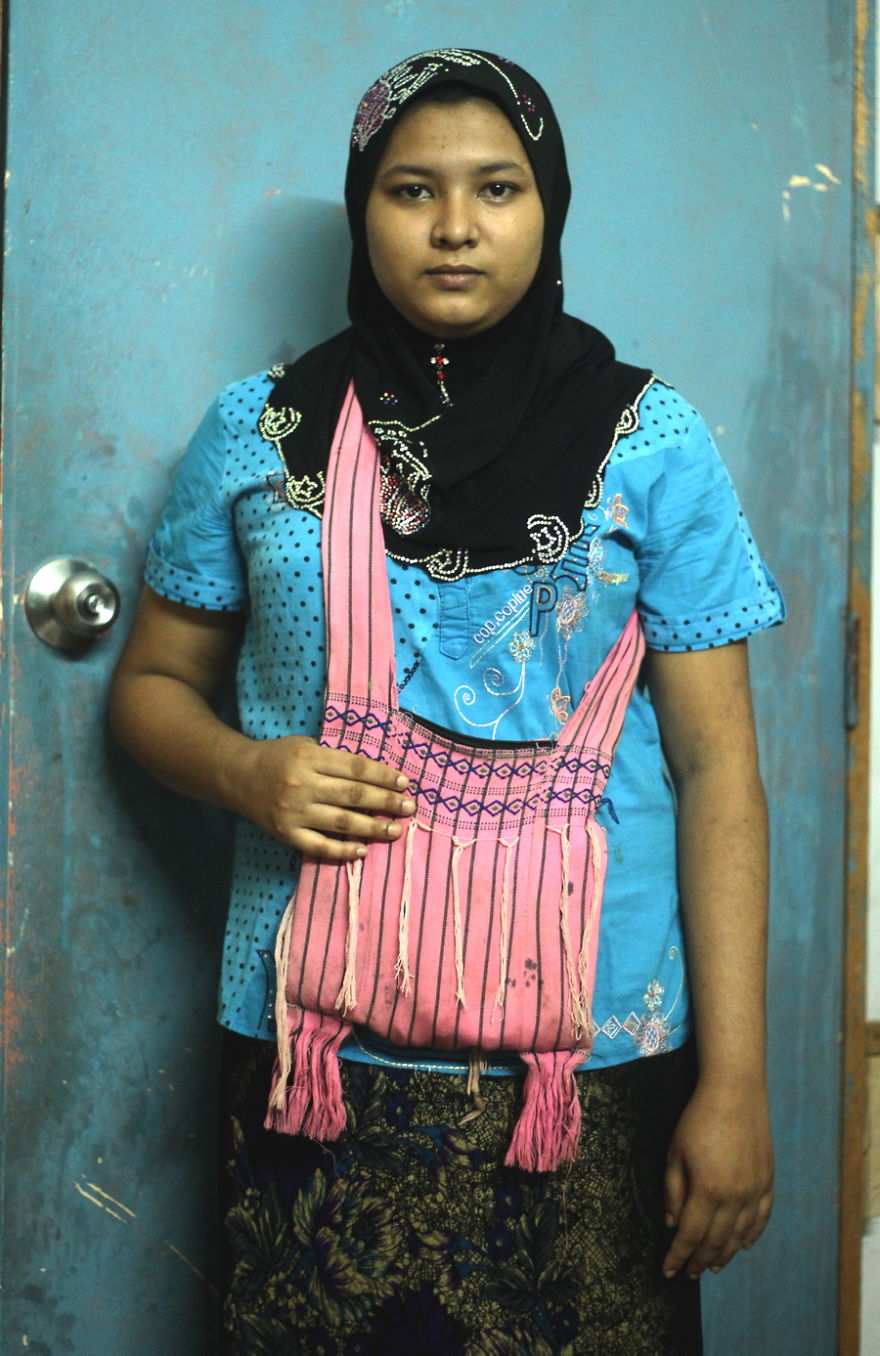 5. She was 7 months pregnant during the escape and gave birth in Malaysia
Somali women, Filsan Jama Muse holding her son. Her husband is believed to be lost due to war. 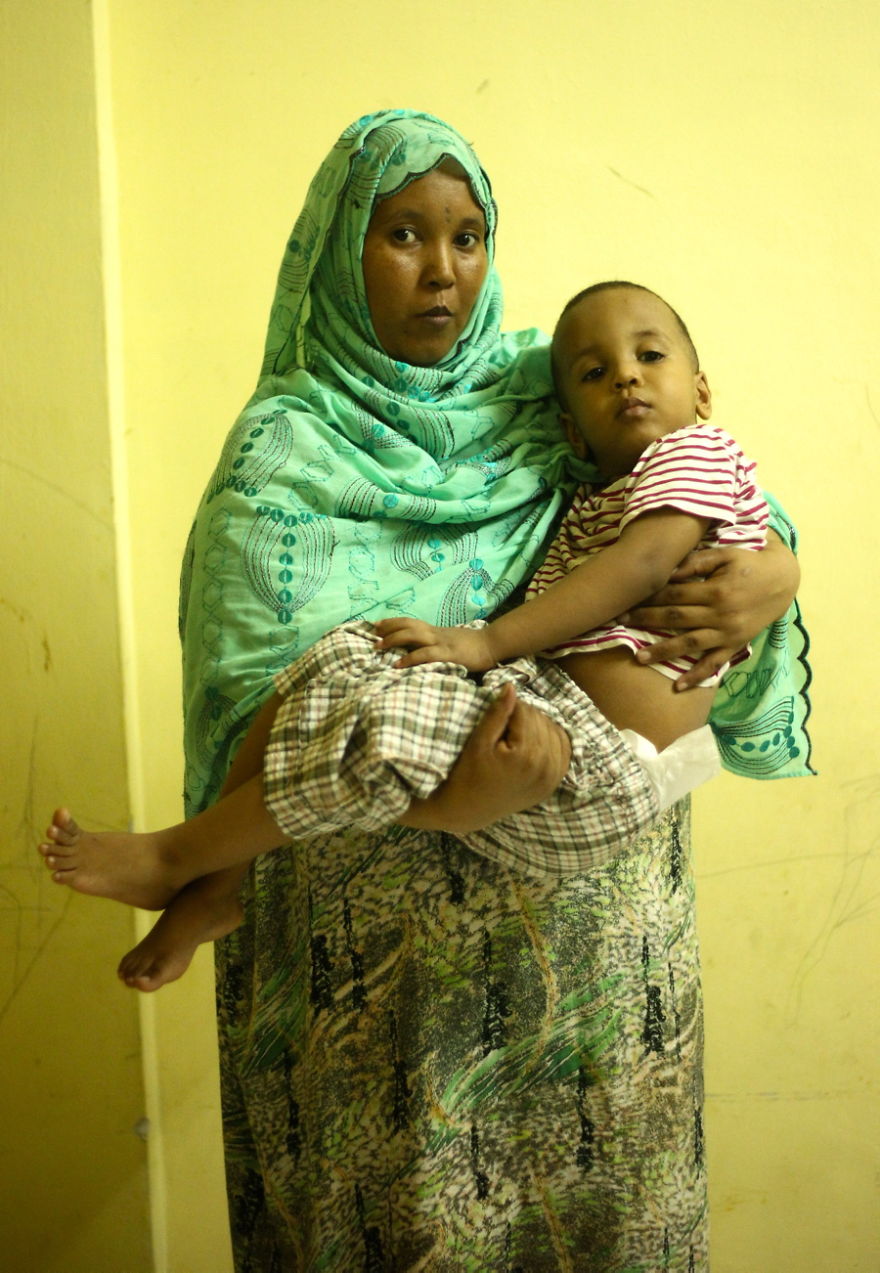 6. This slingshot was given by his best friend during his childhood
Abdul Basik, 18 years old. 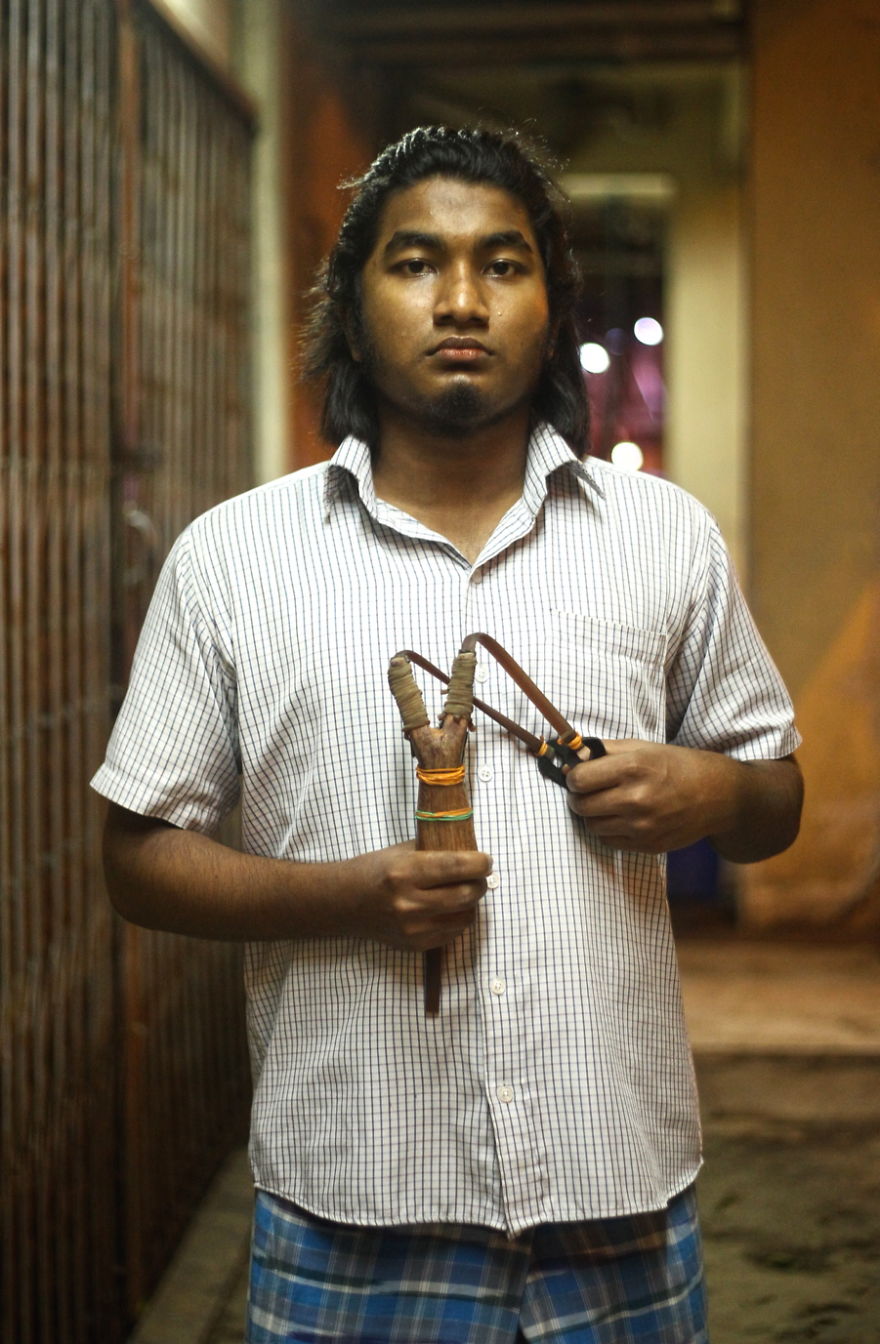 7. With her slippers that she used to escape to Malaysia
Shaban Amiruddin, 18 years old, ethnic of Rohingya, Myanmar. 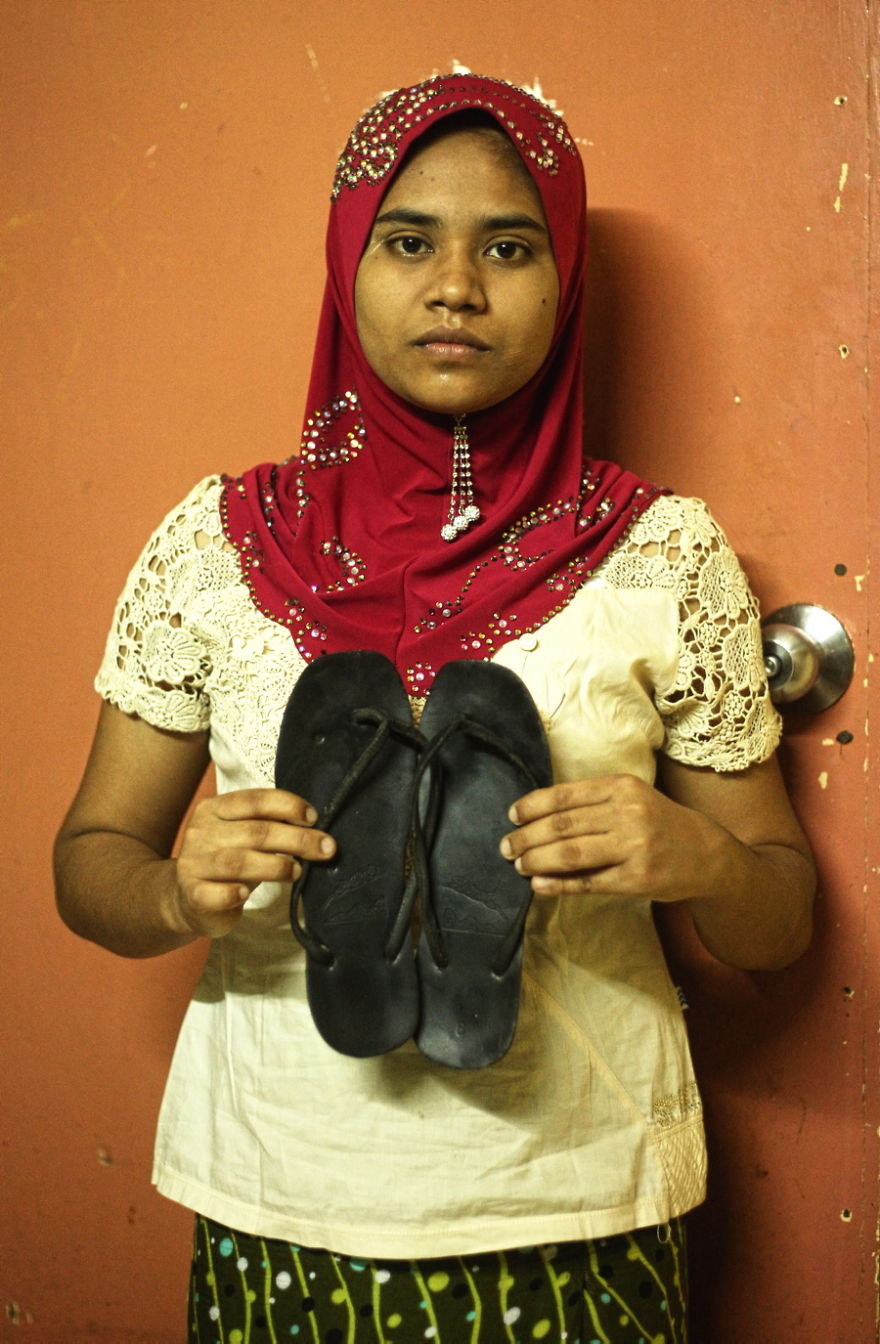 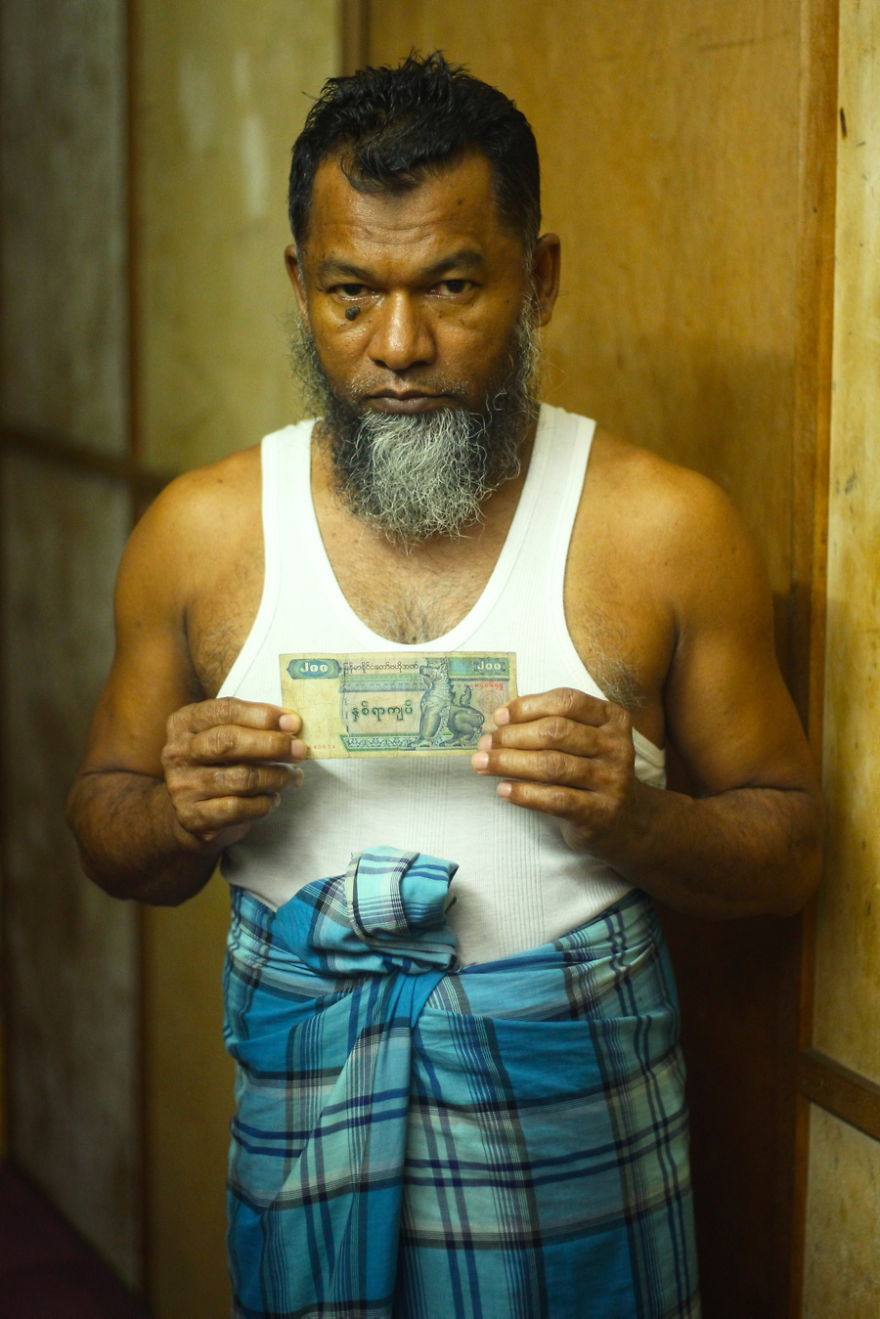 9. Traditional Somali cloth that was given by his father who is believed to be lost
A Somali boy, Ali Abdisalam, 15 years old. 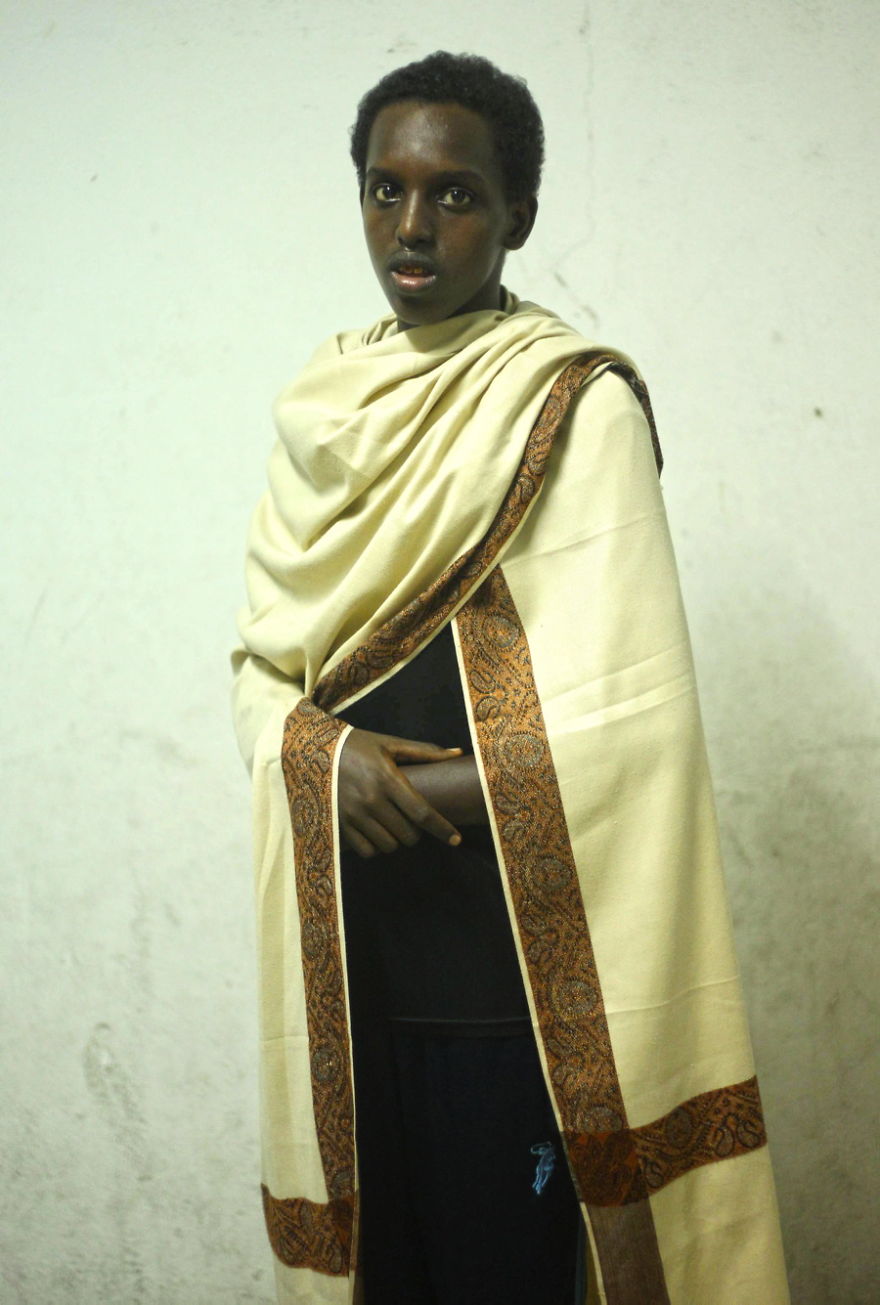 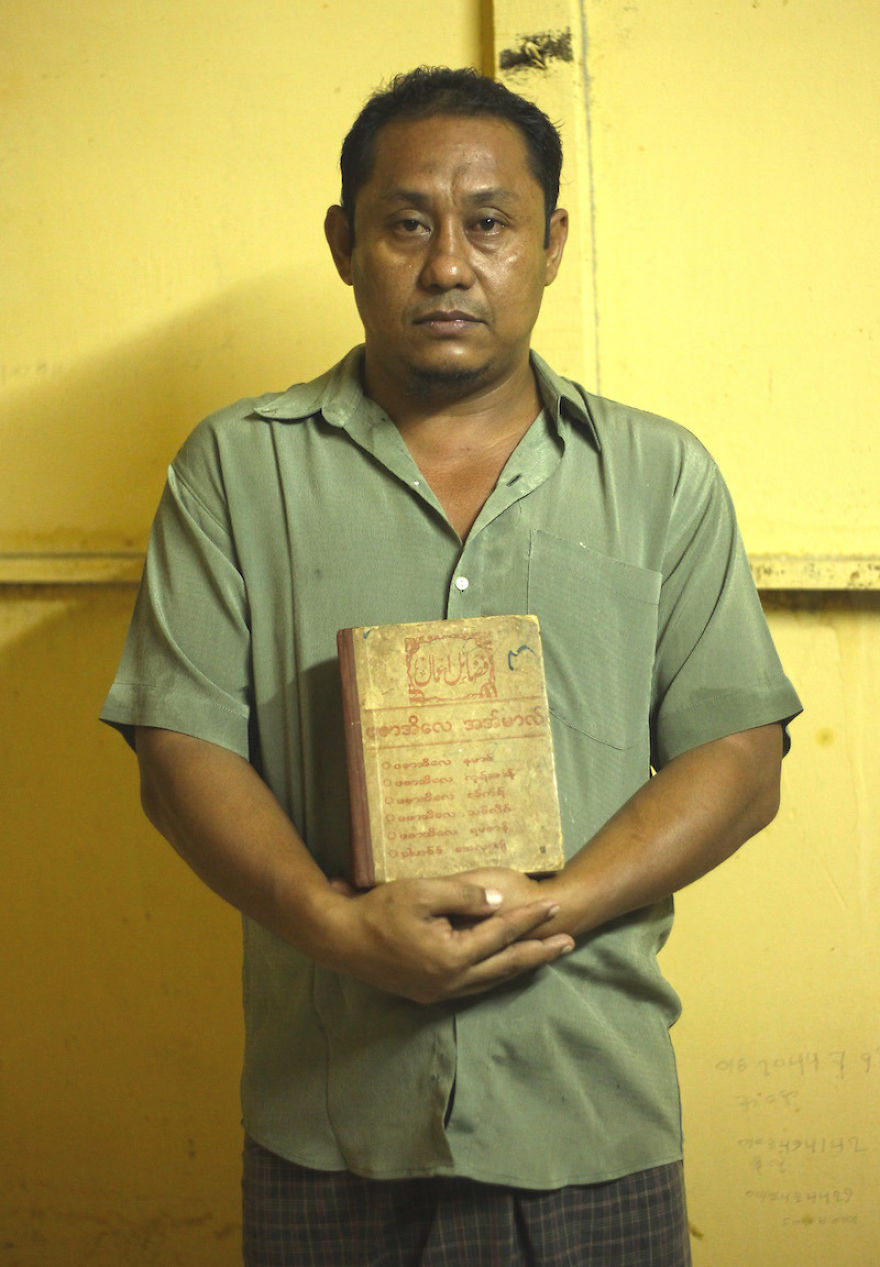 11. With his engagement picture
Osman Bilal, 31 years old, ethnic of Rakhine, Myanmar. Second from right is his fiancee who is now living in Myanmar. 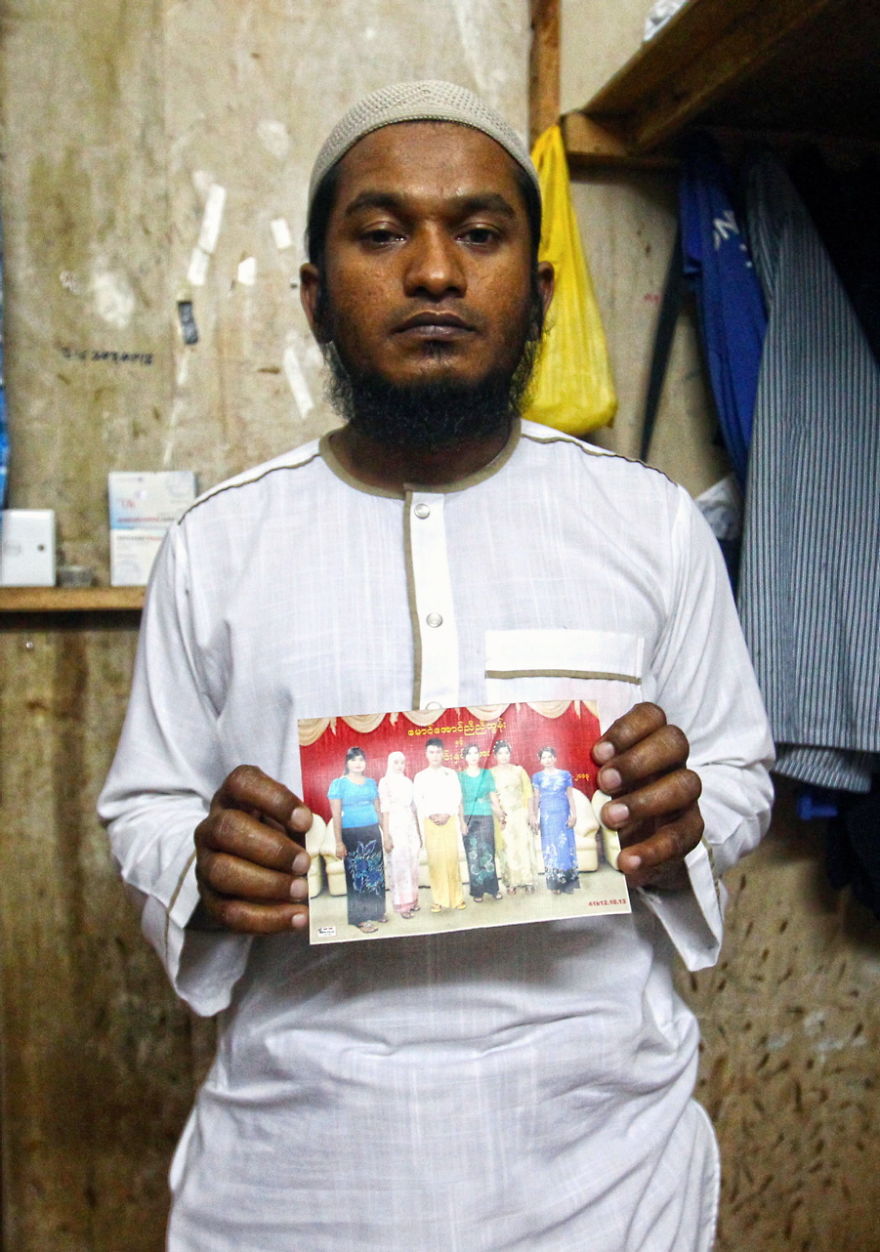