Girl Pee In Public | This Is Real Indian Shocker !

Funny Reasons Why We Love Minions | Despicable Me

Many of you know Rowan Atkinson from the CLASSIC film Mr. Bean. Today we are going to share some of the amazing & cool facts of comedy king "Rowan Atkinson" As known as "Mr. Bean".

• Rowan Sebastian Atkinson was born on January 6, 1955 in Consett, County Durham, England to Eric Atkinson, a farmer and company director, and Ella May Bainbridge. He is the youngest of three, his older brothers being Rodney and Rupert. Rodney Atkinson is a conservative Eurosceptic economist who narrowly lost the United Kingdom Independence Party (UKIP) leadership election in 2000. As far as I know, Rodney is no longer involved in UKIP, thinking it has gone beyond what it used to be.


• While he used to be a class clown when he was young, by the time he got into his pre-teens he developed self-consciousness and became rather quiet and withdrawn. He went to school with future Prime Minster Tony Blair and could often be found with a screwdriver in his back pocket. 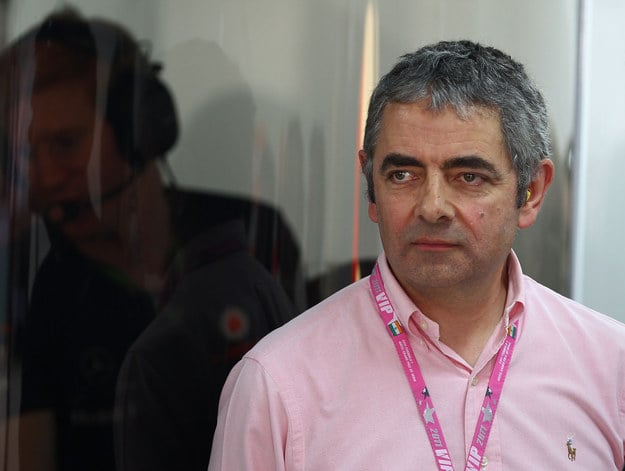 • Enjoyed driving the tractor on his family’s farm, a job he gleefully volunteered for when his brothers turned it down.


• Studied electrical engineering at Newscastle University and then Queen’s College, Oxford. His thesis was on self-tuning control systems.


• Met writer Richard Curtis and composer Howard Goodall at Oxford. He would continue to work with them throughout his career. During meetings for sketches at Oxford he would spend weeks not saying anything, of which Curtis thought of him as a “stuffed animal” sitting in a chair, until finally stunning everyone with some idea. 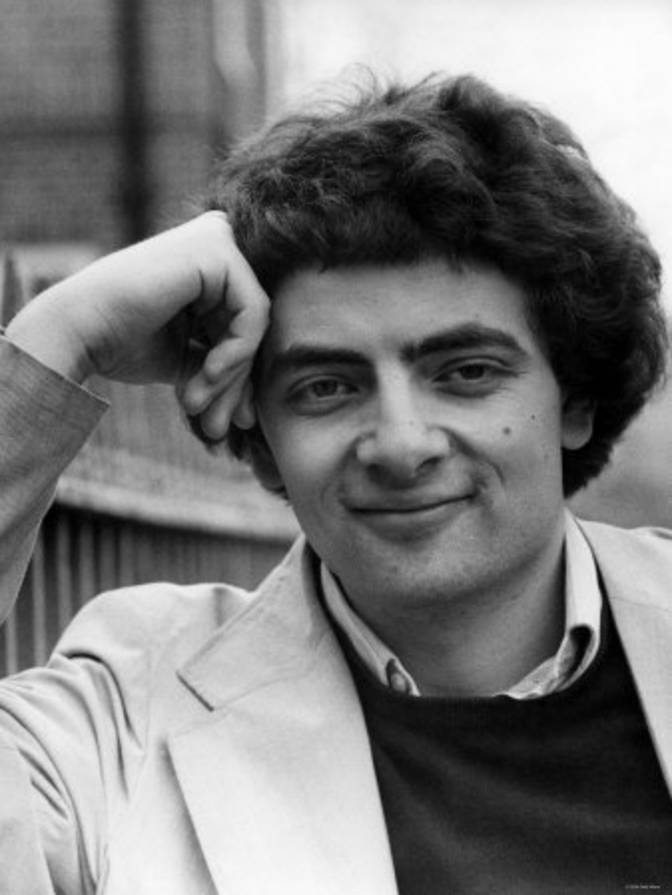 • First gained national attention at the Oxford Revue at the Edinburgh Festival Fringe at the age of twenty-one.


• Much of the character of Mr. Bean was developed during this time, although he wouldn’t be given a name until 1989. 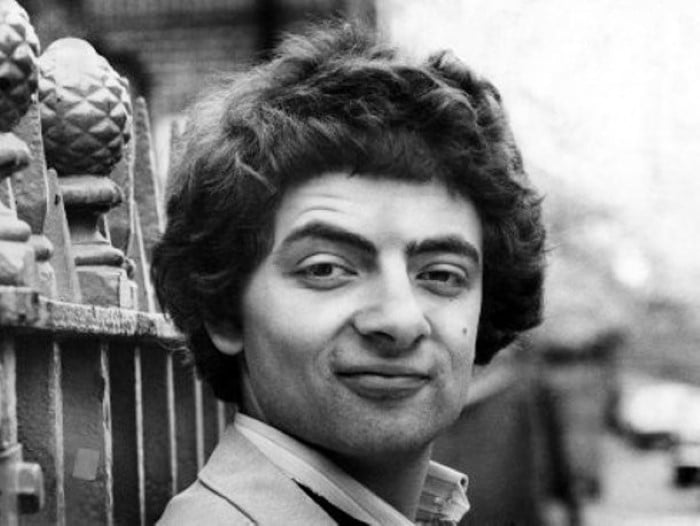 • Has said that one of the greatest moments of his life, aside from personal relationships, was to get a Class 1 license to drive a lorry (semi-truck) in 1980. He used this new skill for a sketch during the “Not the Nine O’Clock News” titled “I Love Trucking”.


• “Not the Nine O’Clock News” was originally to be a show for Rowan. He was given the choice of doing the show by himself or with others. He chose the latter. 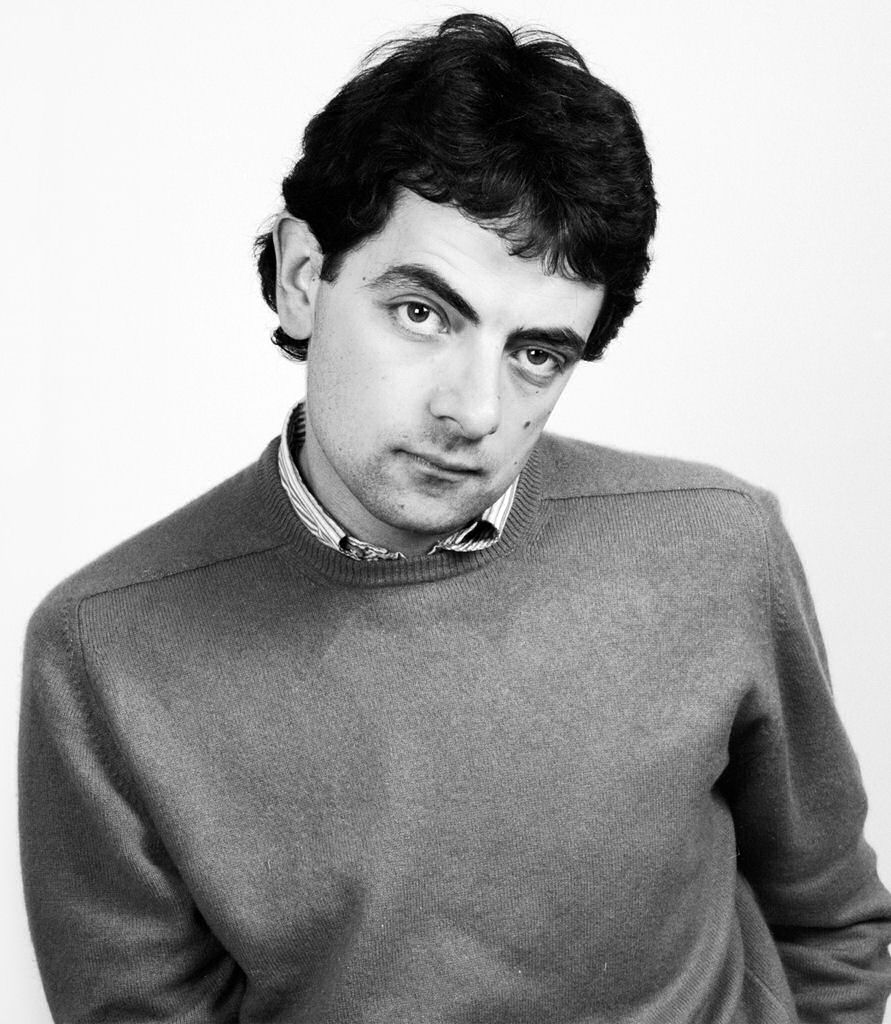 • Dated actress Leslie Ash early in his career. At a new house he purchased, he planted rowan and ash trees.


• A huge James Bond fan since childhood, his film career started when he was a supporting character in the “unofficial” James Bond movie “Never Say Never Again” (1983). 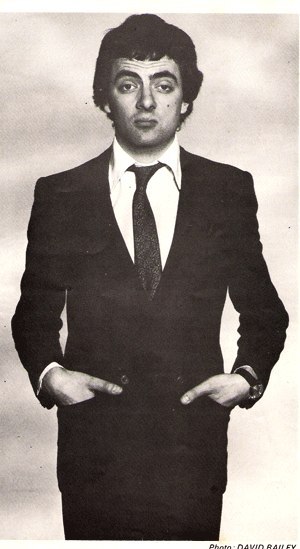 • Has suffered from a mild stammer for most of his life. He has a particular problem with “b” words, and it helps him to over-enunciate. This was the basis for the famous “Bob” joke in the “Blackadder” series.


• Met wife Sunetra Sastry in the mid-1980s when she was working as a make-up artist on the second “Blackadder” series (seen above) for the BBC. Originally she was the make-up artist for Stephen Fry. Although Fry is gay, he has stated that is is “90% gay” and has only been attracted to two women in his whole life. One of them was Sastry, during the filming of “Blackadder II”. He was considering asking her out, until Rowan asked if Fry could switch  make-up artists. Rowan and Sunetra moved in together not long afterwards and got married at the Russian Tea Room in New York City, New York in February of 1990. Stephen Fry was his best man. 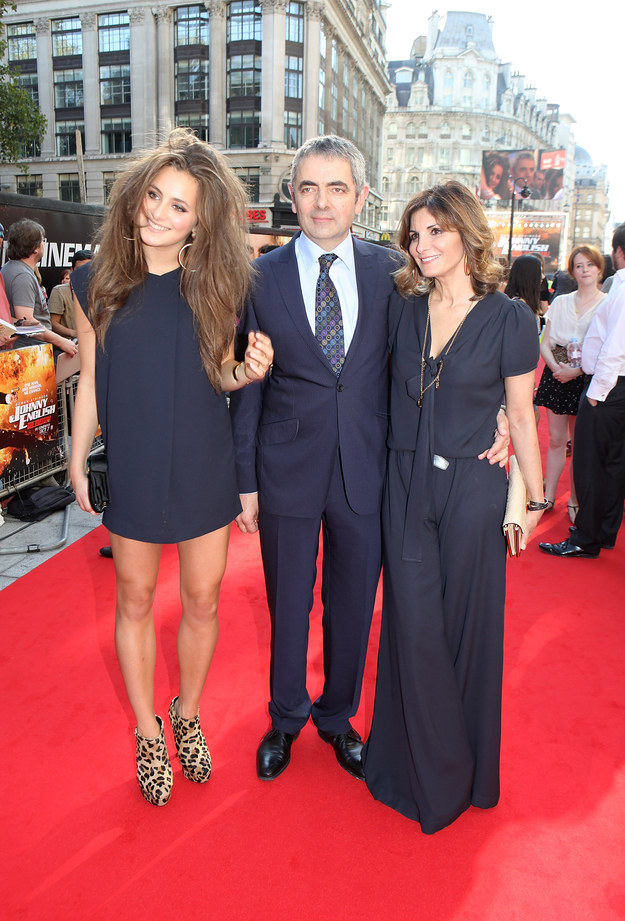 • Sastry’s father is Indian and her mother is British.


• During their first date, Atkinson said almost nothing except for a request to pass the ketchup. At one point he got up to use the bathroom and was gone for fifteen minutes, saying later that his zipper was stuck and he had to find a safety pin.

• Atkinson and Sastry have two children: Benjamin Alexander Sebastian (born 1993) and Lily Grace (born 1995). While they were younger, Atkinson would be so protective of their privacy (as he is about his family and life in general) that he would deny even having children to interviewers. His close friends didn’t even know Sastry was pregnant with Benjamin until hearing the news of his birth. Lily has appeared in a couple of her father’s movies, including a brief role as the girl at the stereo in the church at the beginning of “Mr Bean’s Holiday”.


• The character of Johnny English started out in a series of ads for Barclay card. In one ad, he was supposed to look longingly at a beautiful woman, but the director wasn’t happy with the result. Sastry, who was at the filming, said, “Have him imagine his Aston Martin!” It worked. 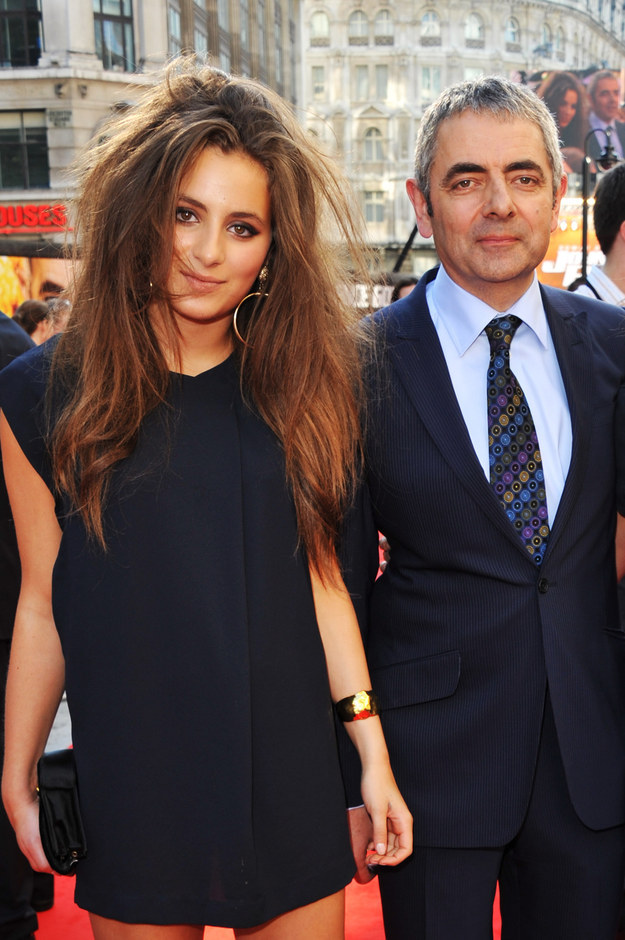 • In 2001 while on a trip in Africa, the plane he and his family were in started to go down because the pilot had passed out. Atkinson managed to gain control of the plane before the pilot woke up. The plane landed safely.


• Has an estimated worth of 70 million pounds. This allows him to indulge in his passion for cars. His first car was a Morris Minor on the family farm, which he put back together in running order and drove on the farm. He occasionally writes for British car magazines.


• He owns a McLaren F1 (seen above), which has been involved in two high profile crashes: the first in 1999 when he had a simple fender bender. The second, a much more serious crash, was in August 2011 when he hydro-planed into a tree. He was taken into the hospital for a dislocated shoulder. The car took more than a year to repair and was the first case in British history where the insurance company billed 1 million pounds. 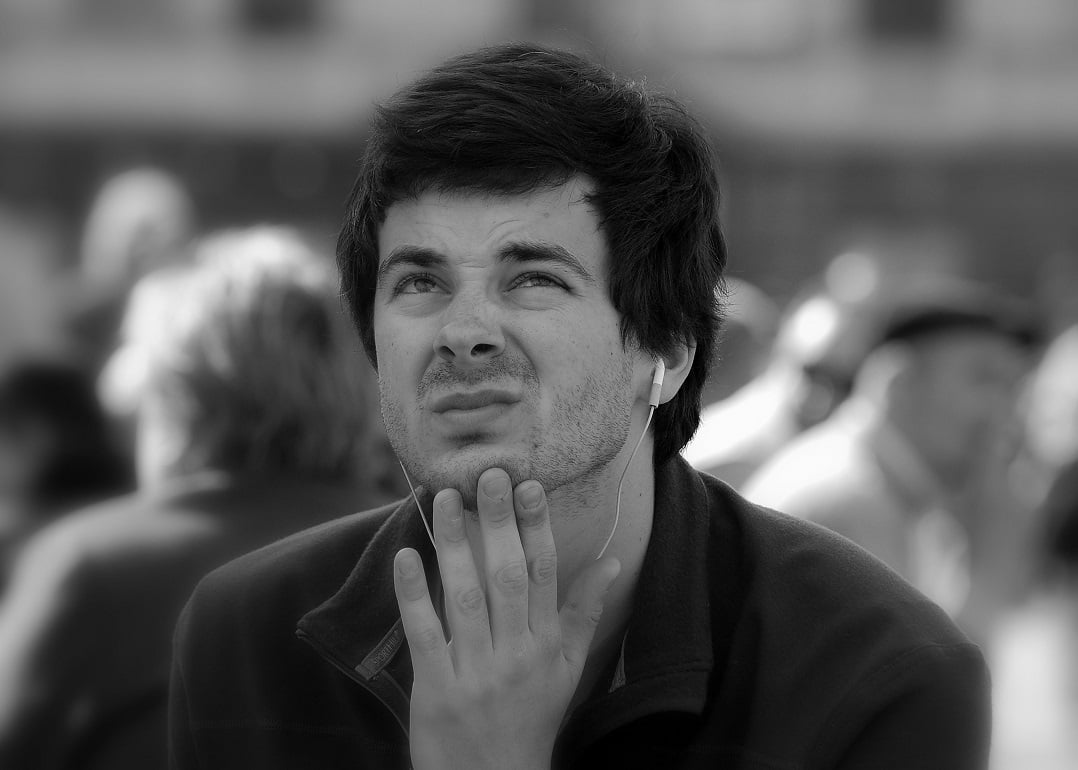 • Has a little known documentary, made around 1991, called “The Driven Man”. It features his exploration of his obsession with cars and about the psychology of car driving. It can be found on YouTube and I highly recommend it.


• Loves to race and is not bad at it either. In “Star in a reasonably priced car” section of Top Gear he got the best time in the entire series while driving a Kia Cee’d at 1:42:2. He was later beaten by “Friends” star Matt LeBlanc with a time of 1:42:1.


• Is in support of a statue of George Orwell outside of the BBC headquarters (to commemorate Orwell’s time working there during WWII). He, along with several others, have donated money to the cause.


• In June of 2005 he led a coalition of the UK’s most prominent actors and writers to review the controversial “Racial and Religious Hatred Bill” at the British Parliament. They felt it would give religious groups overwhelming power to censor the arts. 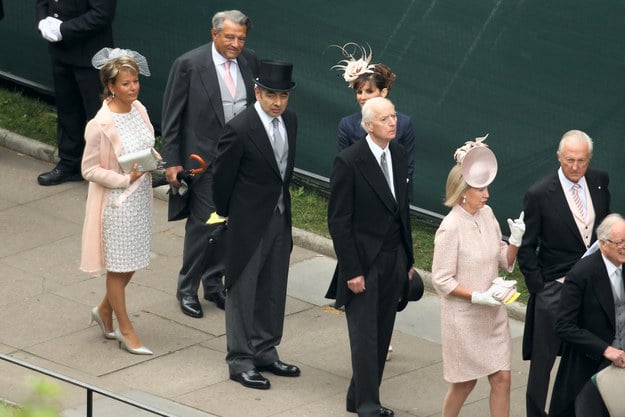 
• Has been made Commander of the Order of the British Empire by Queen Elizabeth the II in June of 2013. As is his custom, he made brief small talk with the Queen then made a bee line for the exit, avoiding reporters. 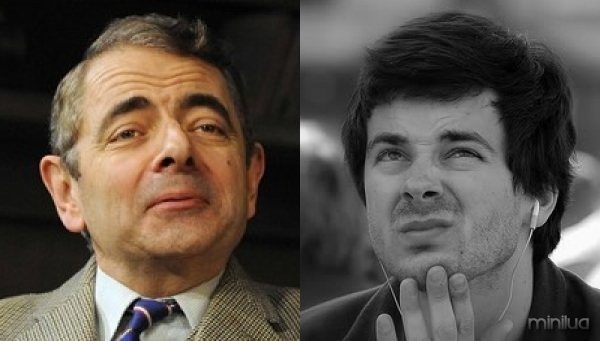 What do you think About These Awesome Story ? Tell us your view below.