London has a diverse range of peoples and cultures, and more than 300 languages are spoken within Greater London. Its estimated mid-2015 population was...
Read more
History

London is the capital and most populous city of England, Great Britain, and the United Kingdom.On the River Thames in the south east of...
Read more

London is a leading global city, in the arts, commerce, education, entertainment, fashion, finance, healthcare, media, professional services, research and development, tourism, and transport.It is one of the world’s leading financial centers and has the fifth-or sixth-largest metropolitan area GDP in the world. London is a world cultural capital. It is the world’s most-visited city as measured by international arrivals and has the world’s largest city airport system measured by passenger traffic.London is one of the world’s leading investment destinations,hosting more international retailers and ultra high-net-worth individuals than any other city. London’s universities form the largest concentration of higher education institutes in Europe, and a 2014 report placed it first in the world university rankings. According to the report London also ranks first in the world in software, multimedia development and design, and shares first position in technology readiness.In 2012, London became the first city to host the modern Summer Olympic Games three times.

1. People asleep on the platform of Holborn underground station during an air raid, 1940 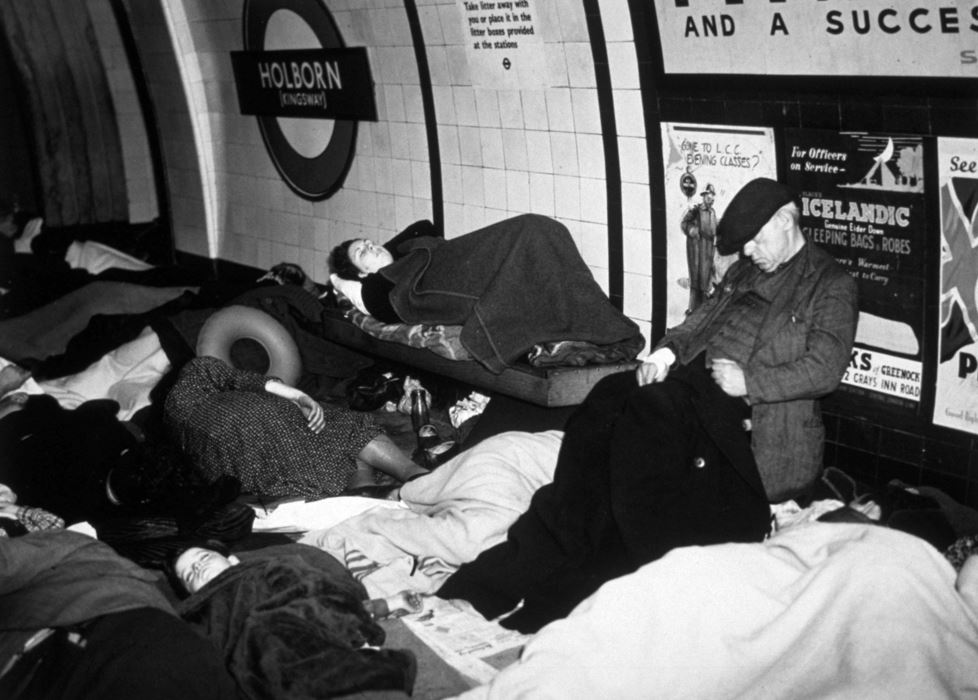 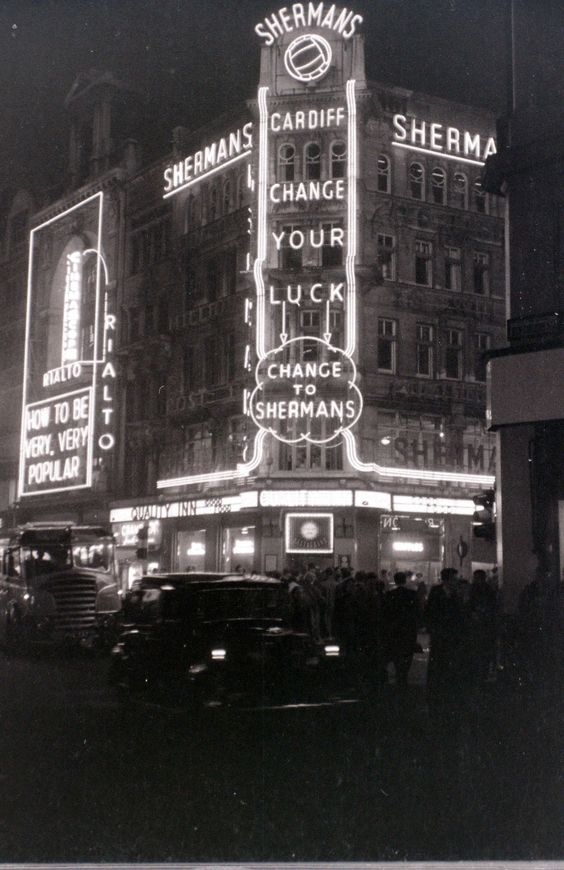 4. The platform of the Central London Railway extension at Liverpool Street Station_C.1912 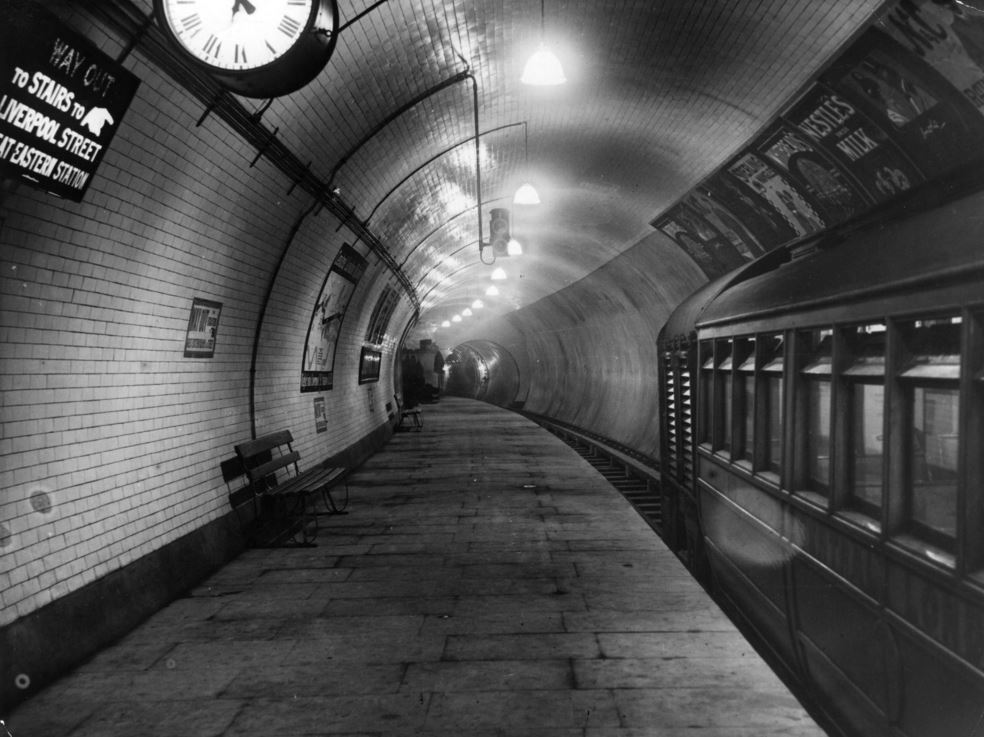 5. A Woman presses the button on a new set of traffic lights in Croydon, to signal cars to stop at the pedestrian crossing_C1932 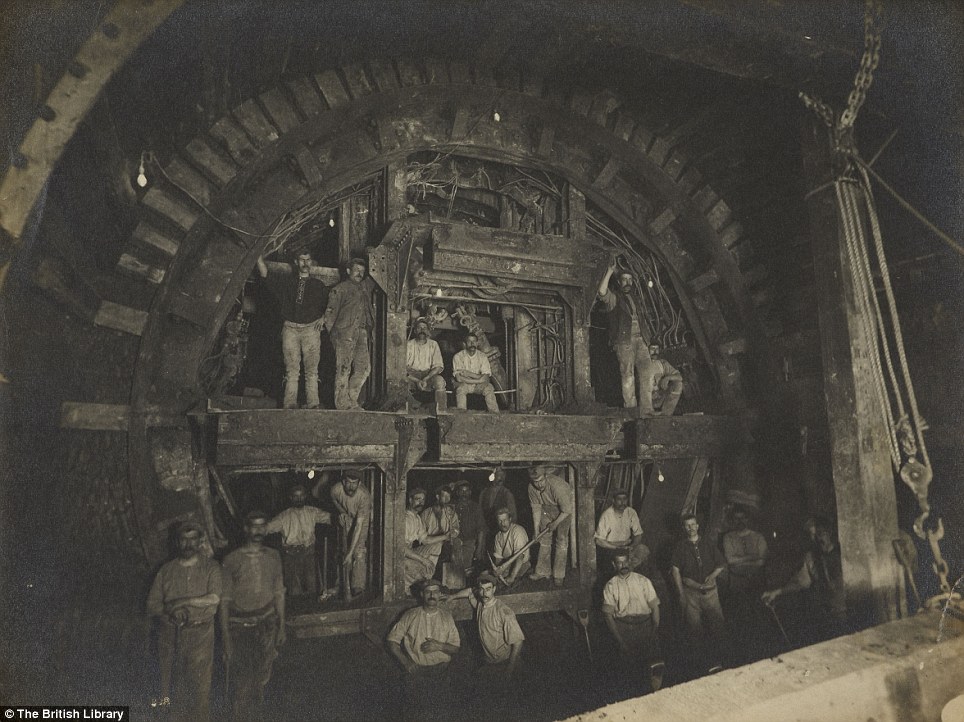 7. Summer days of 1852 Hippo Obaysch is spotted taking a nap in the Zoological Gardens in Regents Park. He was donated by Egypt in 1850 in exchange for English greyhounds and deerhounds, and he lived until 1878 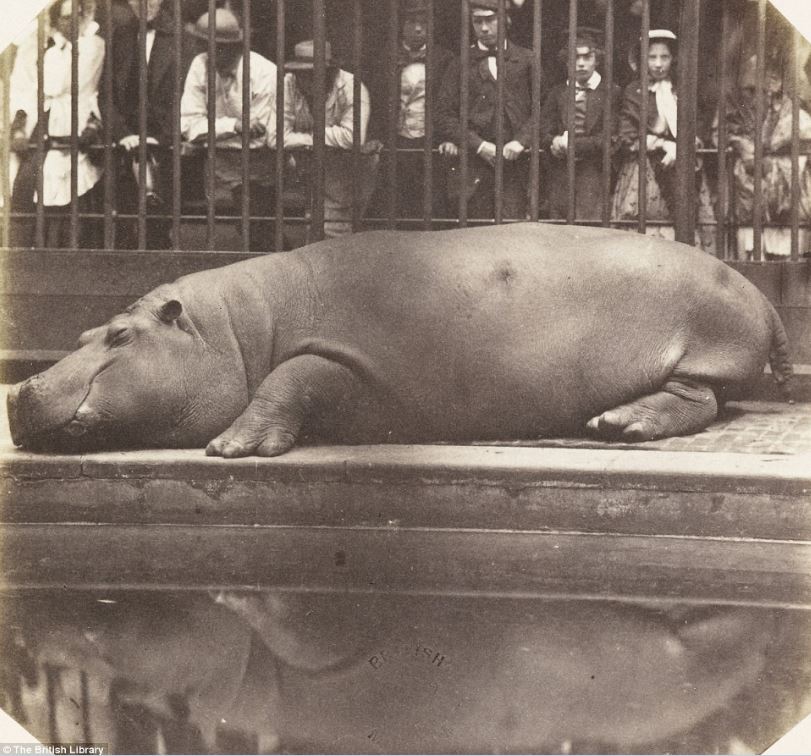 8. A View of busy Piccadilly Circus by Charles Wilson, taken around 1890. 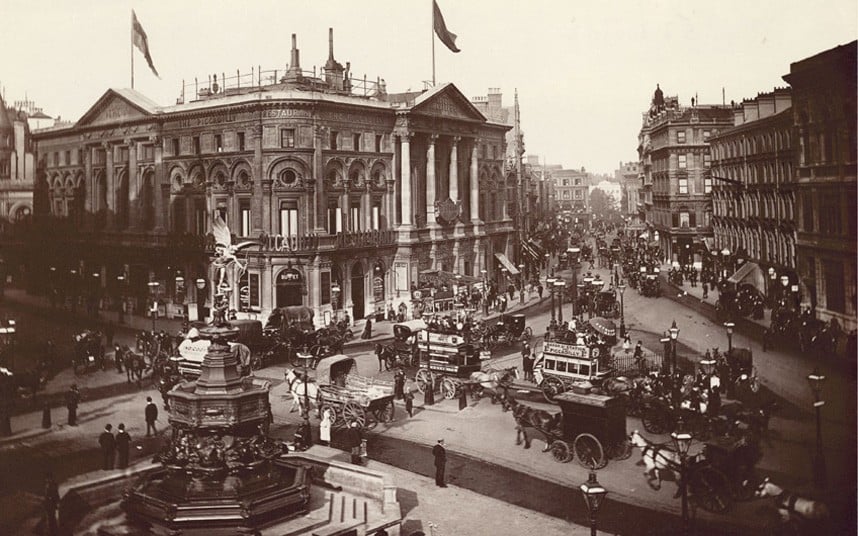 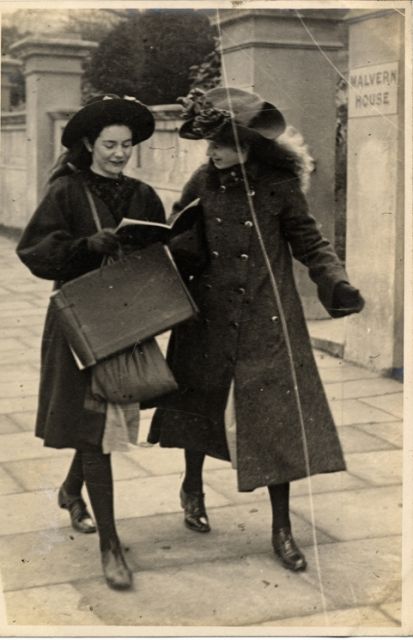 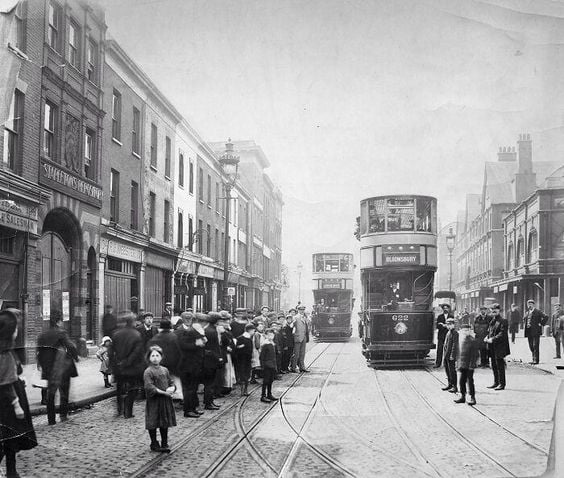 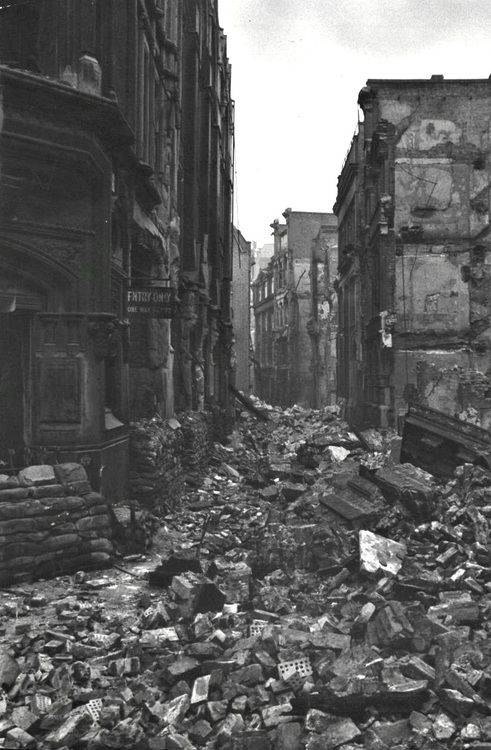 12. Members of the public being entertained by an ENSA concert party in Aldwych Underground Station, London_c1940 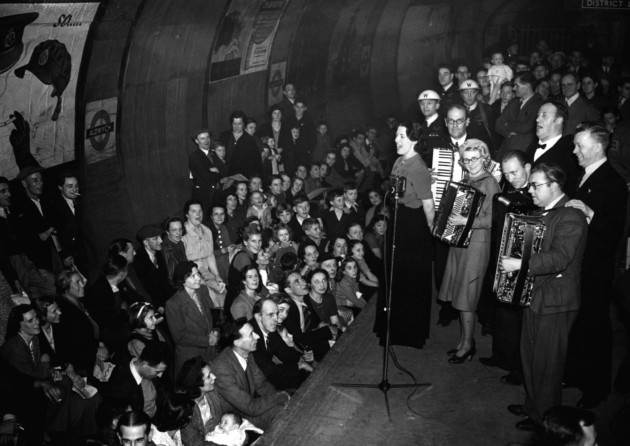 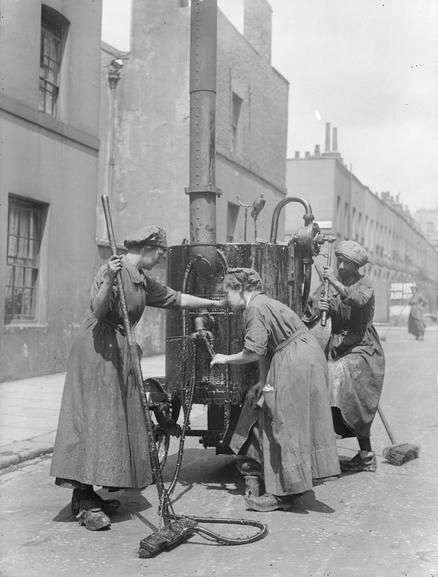 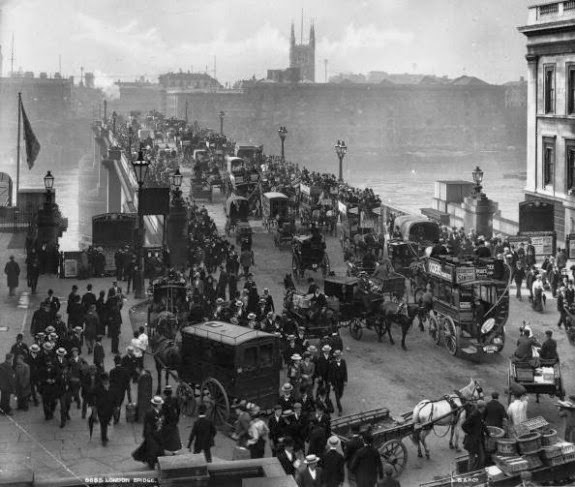 15. It’s one of the most famous landmarks in the UK – and this unique shot shows Nelson’s Column under construction in April 1844 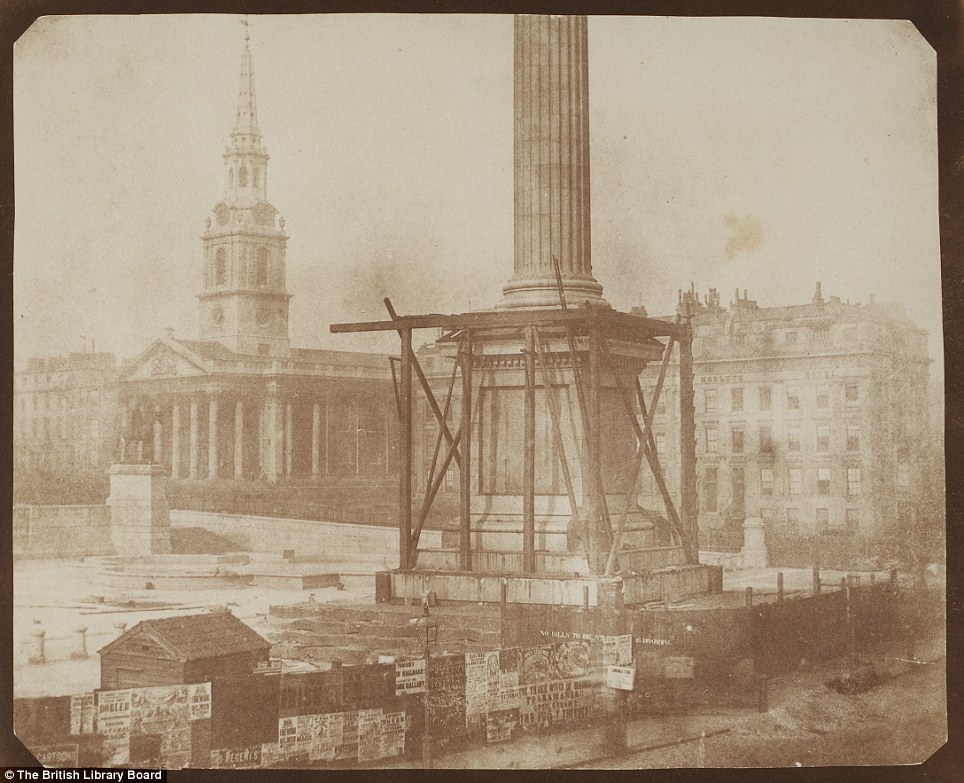 From 1898, it was commonly accepted that the name was of Celtic origin and meant place belonging to a man called *Londinos; this explanation has since been rejected. Richard Coates put forward an explanation in 1998 that it is derived from the pre-Celtic Old European *(p)lowonida, meaning ‘river too wide to ford’, and suggested that this was a name given to the part of the River Thames which flows through London; from this, the settlement gained the Celtic form of its name, *Lowonidonjon; this requires quite a serious amendment however. The ultimate difficulty lies in reconciling the Latin form Londinium with the modern Welsh Llundain, which should demand a form *(h)lōndinion (as opposed to *londīnion), from earlier *loundiniom. The possibility cannot be ruled out that the Welsh name was borrowed back in from English at a later date, and thus cannot be used as a basis from which to reconstruct the original name.

Until 1889, the name “London” officially applied only to the City of London, but since then it has also referred to the County of London and now Greater London.

Shocking Real Accident – Would You Stare or...

Its a  footage of Real Accident , the Guy was crying for help but Everyone was stare , no one was helping him.   Please SHARE...
Read more

Pumpkins are generally thought of as a Halloween icon and a staple of the fall season. They're the scary, illuminated face on your doorstep...
Read more

Gentlemen, Claudia Ochoa Felix is the type of woman your mother warned you about! Why? For starter’s, this 27-year-old Kim Kardashian lookalike reportedly just...
Read more

These ladies of “Salut Salon” are artistic and fun. Their performance is another reason why we need arts education, folks.  They call themselves “a...
Read more

Do you really care about your Facebook privacy? Do you know who is seeing your personal information on Facebook? Exposing too much for your...
Read more
Load more