You think you have winter? See how it looks in siberian city. Norilsk, Russia, is one of the coldest Russian cities and has the harshest and craziest weather. In Norilsk, Siberia, which is situated 250 miles north of the polar circle, the average annual temperature is -10C & reaching to -55 degrees. The cold period extends for about 280 days per year, with more than 130 days featuring snowstorms. The extreme weather conditions result in anxiety, nervousness, drowsiness and depression for many residents. 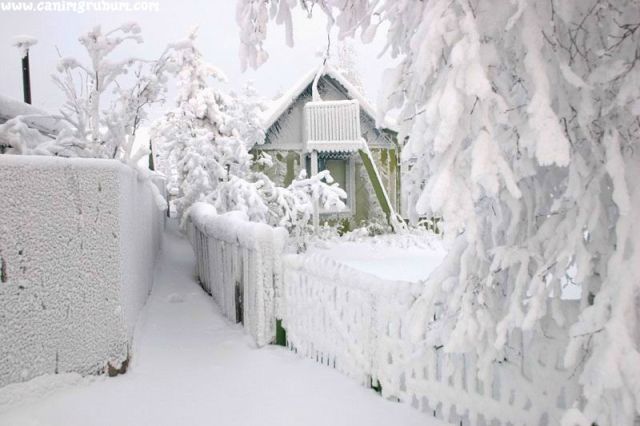 When you feel a grumble coming on about the biting winds and icy chills this January, remember it could be worse – you could be living in the city of Norilsk, Siberia, where the average annual temperature is -10 degrees Celsius, reaching lows of -55 degrees Celsius in winter. 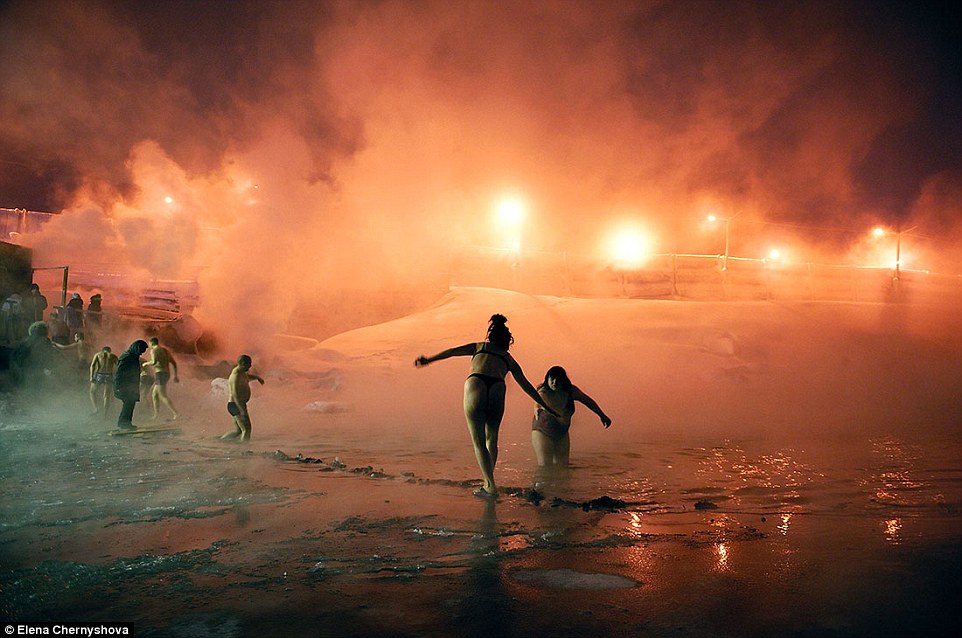 Russian photographer Elena Chernyshova recently spent several weeks photographing Norilsk city for her project: Days Of Night- Nights Of Day.The cold period in the city extends for about 280 days per year, with more than 130 days with snowstorms. 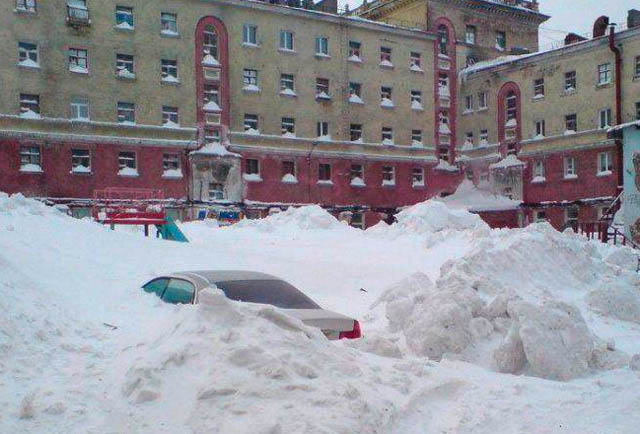 The mining city, which is situated 250 miles north of the polar circle, first started attracting large numbers of inhabitants in the early 1900s, who arrived in the area to mine its rich mineral deposits. 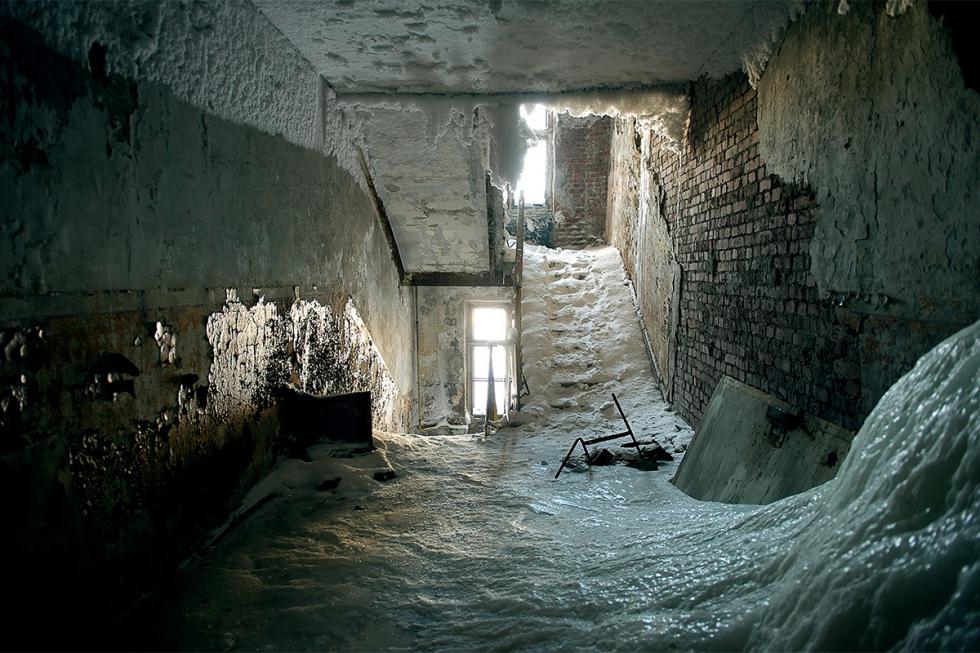 The booming mining industry means the city now has a population of more than 170,000, even though the cold period extends for about 280 days per year, with more than 130 days featuring snowstorms and two months when there is only polar night, where darkness last for 24 hours. 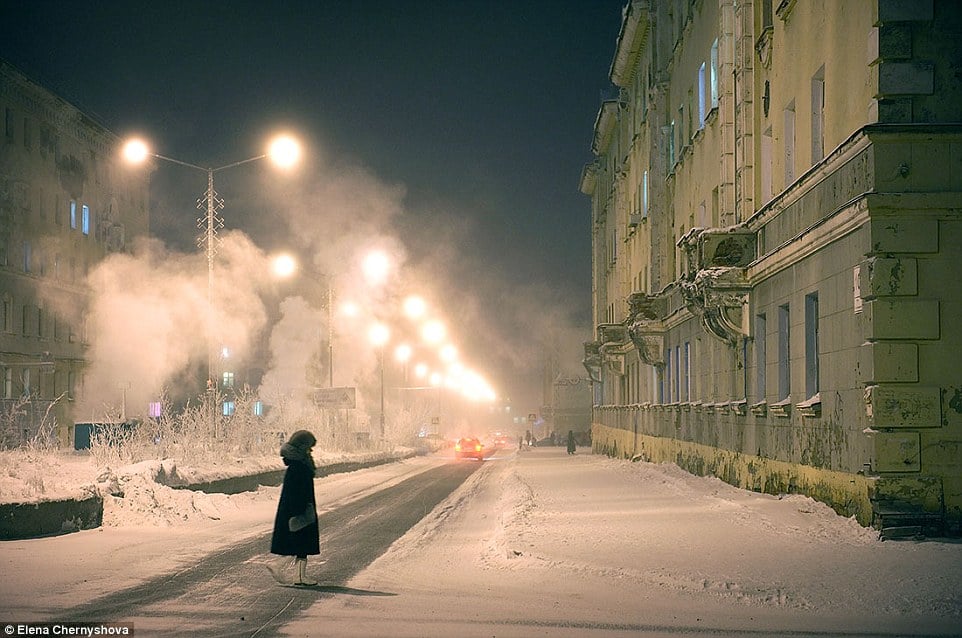 Elena Chernysheva, winner of the World Press Photo Contest, is the author of a documentary series shot in Norilsk. 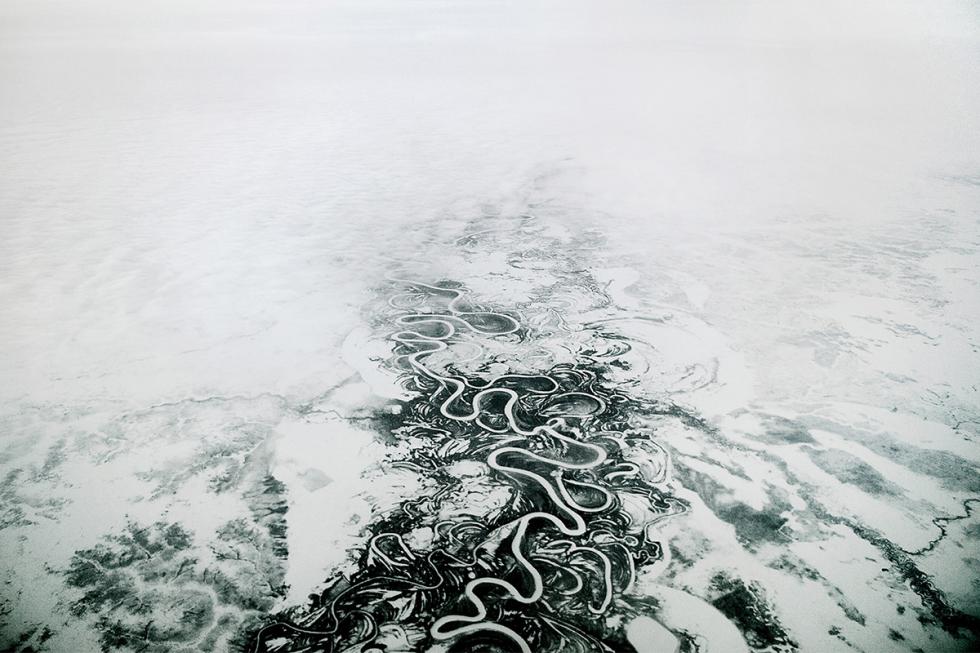 The “Days of Night – Nights of Day” Norilsk photo series is about the daily life of the inhabitants of Norilsk (2,880 kilometers from Moscow), a mining city north of the Arctic Circle with a population of more than 170,000. The city, its mines and metallurgical factories were constructed by prisoners of the Gulag labor camps. 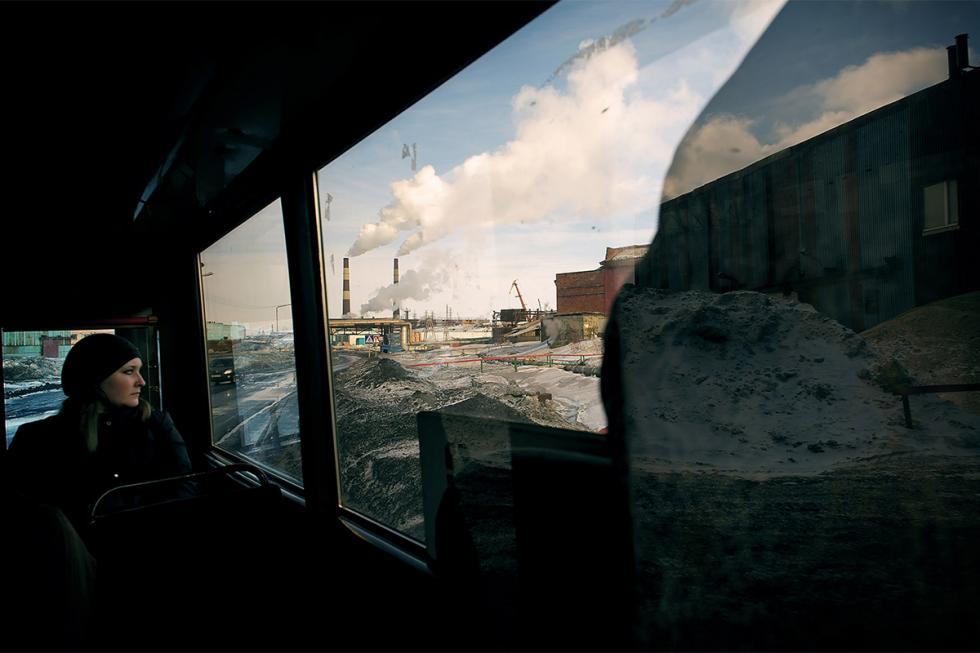 “With 60 percent of the present population involved in the industry, this documentary aims to investigate human adaptation to extreme climate, ecological disaster and isolation,” says Chernysheva. The average annual temperature is -10 C, reaching lows of -55 C in winter when Norilsk is plunged into a dark polar night for two months. The living conditions of the people here are unique, making their situation incomparable. 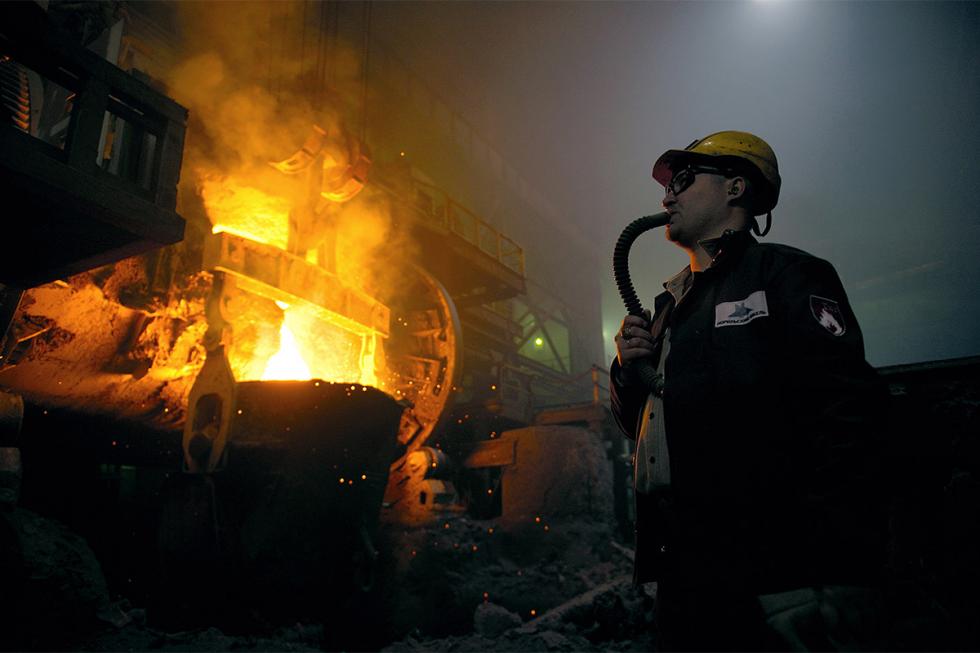 MMC Norilsk Nickel is a Russian nickel and palladium mining and smelting enterprise. It is the main local employer. The factory has not updated its safety procedures since their construction. The workers breathe using a special hose Norilsk is one of the most polluted cities on Earth. The company Norilsk Nickel owns three factories in the city. Now the company is working to solve ecological problems, but it is a fact that pulmonary, respiratory, cardiovascular and digestive diseases are widespread among local inhabitants. 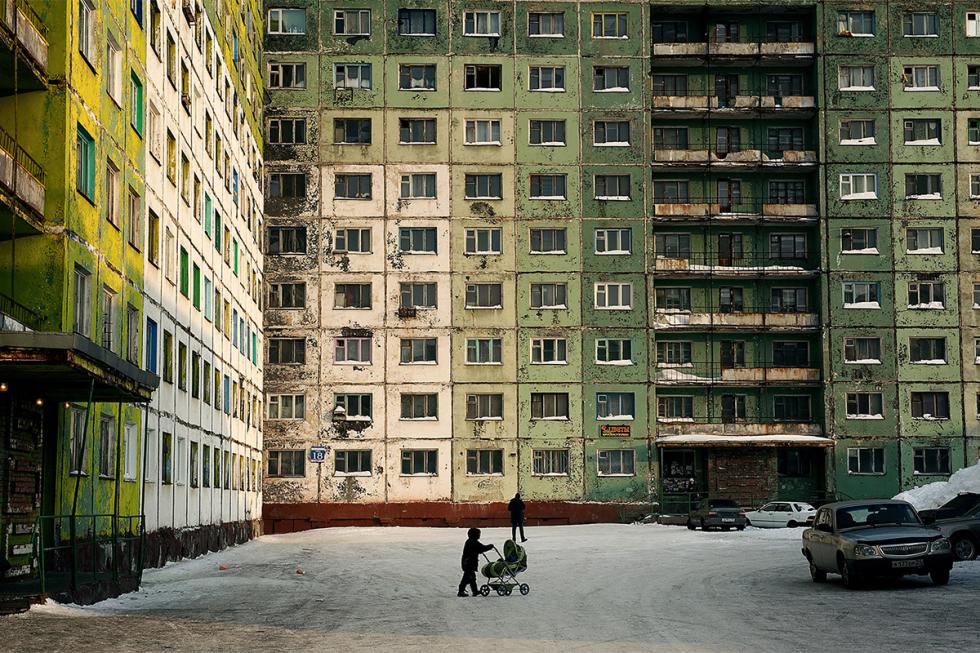 Buildings in Norilsk are situated close to each other in order to prevent strong winds in the residential quarters of the city. The majority of the buildings are built in permafrost zones and usually are constructed on piles in order to avoid a permafrost-thaw foundation failure. 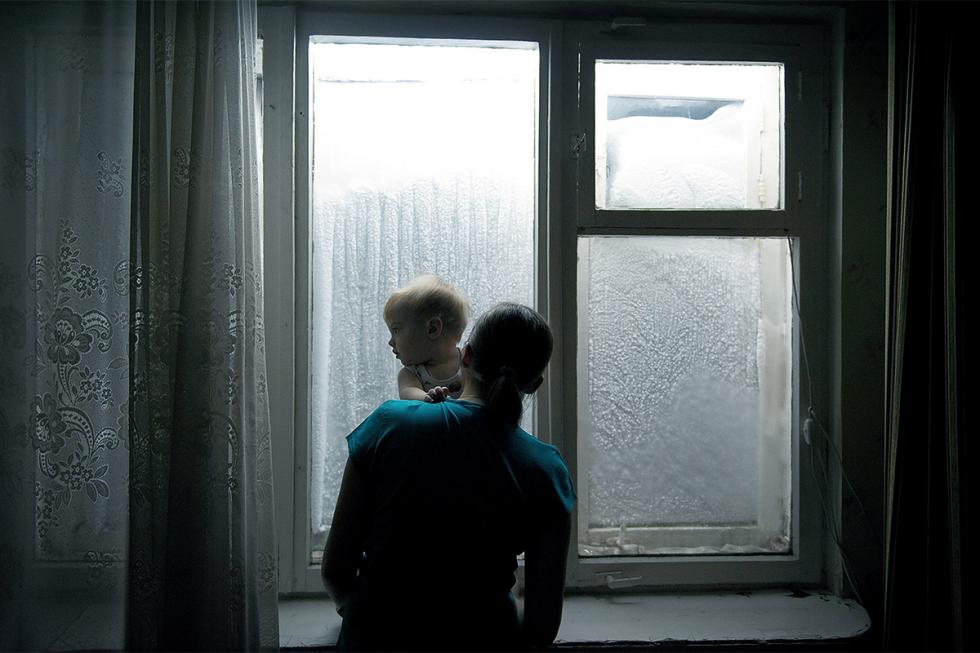 Apartments here feature two windows, so the heat cannot escape. The sharp difference between the temperature inside and outside causes steam to condensate on the panes. 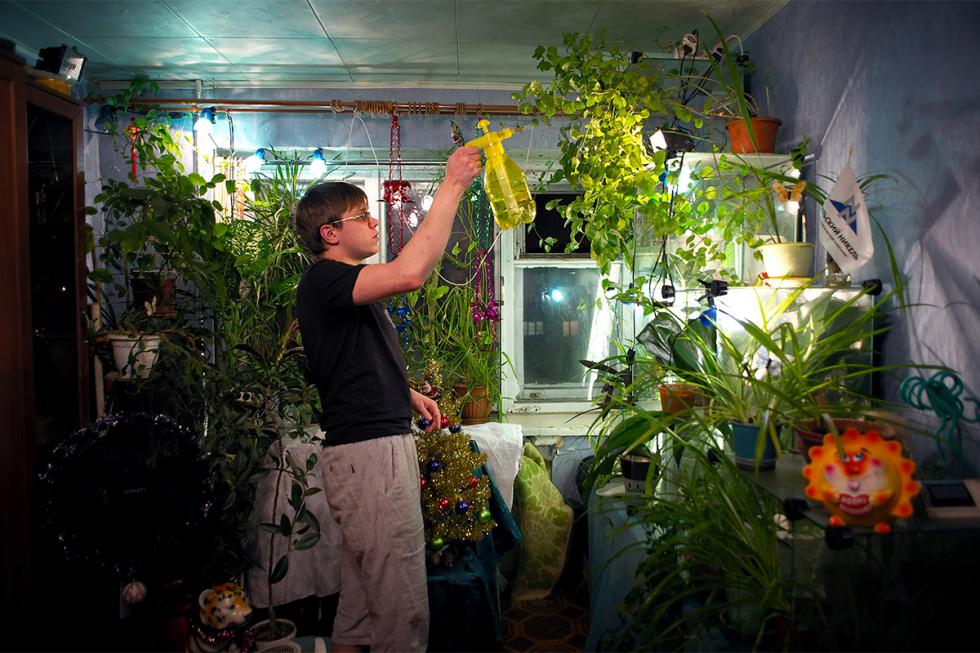 The lack of greenery, cold and snowy winters and poor environmental conditions compel locals to create gardens in their apartments. 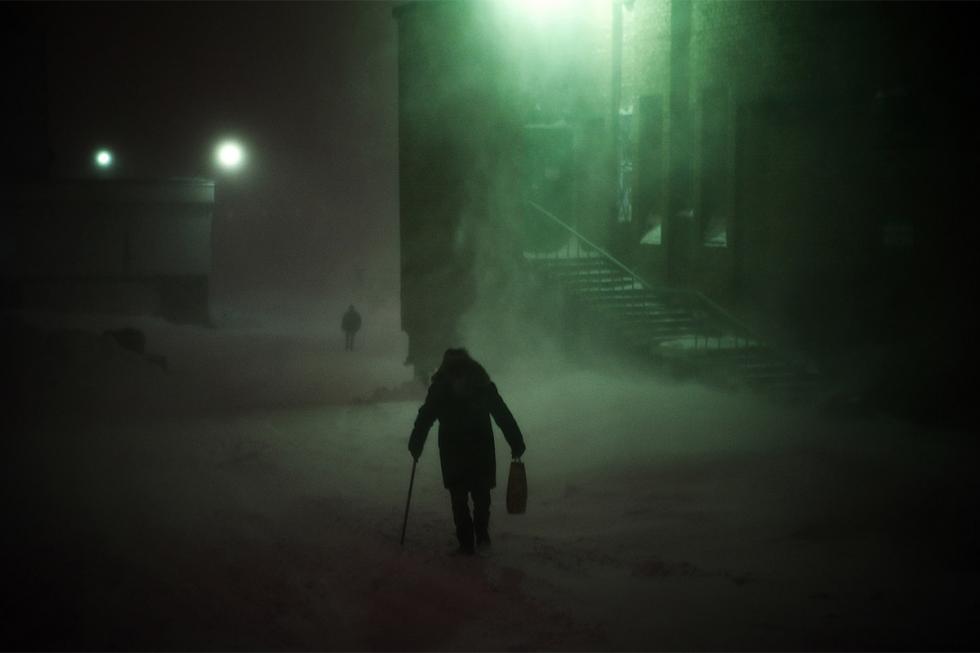 The polar days and nights cycle has a strong influence on the physical and psychological conditions of the human body. The Norilsk’s citizens suffer ‘the polar night syndrome’, resulting in anxiety, nervousness, drowsiness or insomnia, depending of the seasons, while the psychological discomfort and poor emotional stimuli also generate many cases of depression. Pictured in January locals celebrate Epiphany by swimming in Lake Norilsk 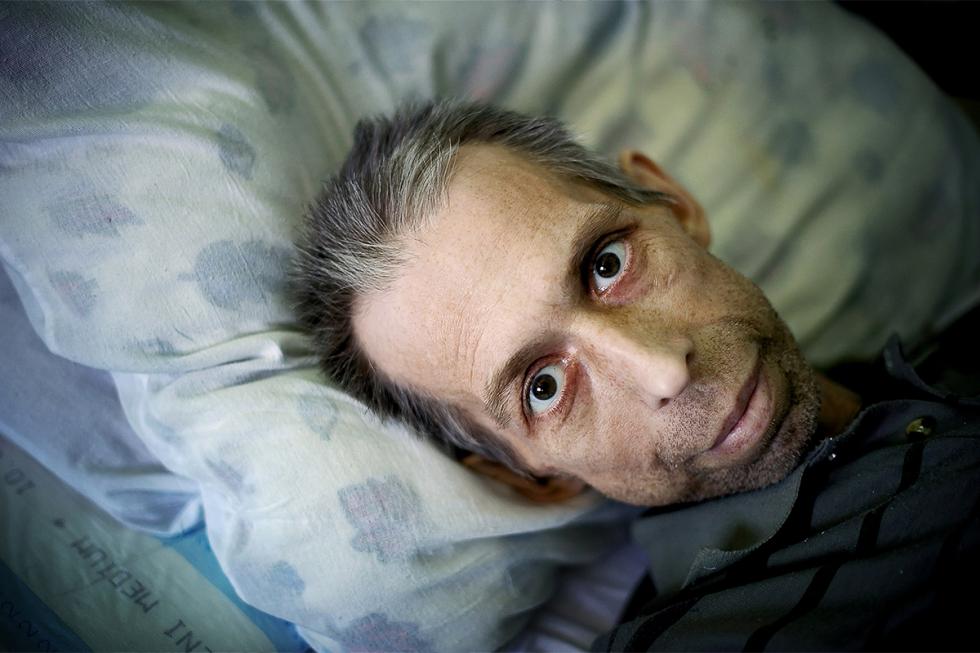 Norilsk is the world’s northernmost city with more than 100,000 inhabitants and the second largest city (after Murmansk) inside the Arctic Circle. Norilsk, Yakutsk and Vorkuta are the only large cities in the continuous permafrost zone. It lies between Taymyrsky Dolgano-Nenetsky District to the north, and Turukhansky District to the south. Norilsk has an extremely harsh subarctic climate (Köppen Dfc), and is covered with snow for about 250–270 days a year, with snow storms for about 110–130 days. The “midnight sun” is above the horizon from 21 May to 24 July, and the period with continuous daylight lasts a bit longer, polar night from 30 November to 13 January. Temperatures can sometimes rise above +25 °C (77 °F) in July. Before You Go Just Take A Look At YouTube Video:

Read Also: Oymyakon, Russia – What It’s Like To Living In Coldest Town On Earth?