The Darkest Moments in Indian History | Must Read

In 1970, only two mosques existed in the country, but now more than 200 offer sanctuary to Japan's Muslims. The history of Islam in Japan...
Read more

Here are some of the Darkest Moments in Indian History ..

On Sunday 13 April 1919, General Dyer was convinced of a major insurrection and thus he banned all meetings. On hearing that a meeting of 15,000 to 20,000 people including women, senior citizens and children had assembled at Jallianwala Bagh, Dyer went with fifty riflemen to a raised bank and ordered them to shoot at the crowd. Dyer kept the firing up till the ammunition supply was almost exhausted for about ten minutes with approximately 1,650 rounds fired.Official Government of India sources estimated that the fatalities were 379, with 1,100 wounded. The casualty number estimated by Indian National Congress was more than 1,500, with approximately 1,000 dead. 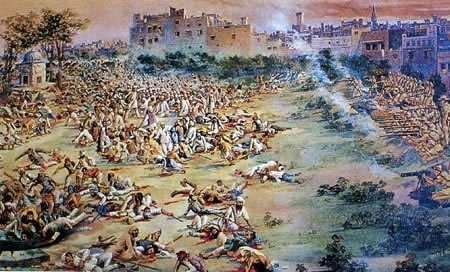 The Partition of India was the partition of the British Indian Empire[1] that led to the creation, on 14 August 1947 and 15 August 1947, respectively, of the sovereign states of the Dominion of Pakistan (it later split into the Islamic Republic of Pakistan and the People’s Republic of Bangladesh) and the Union of India (later Republic of India). “Partition” here refers not only to the division of the Bengal province of British India into East Pakistan and West Bengal (India), and the similar partition of the Punjab province into Punjab (West Pakistan) and Punjab, India, but also to the respective divisions of other assets, including the British Indian Army, the Indian Civil Service and other administrative services, the railways, and the central treasury. 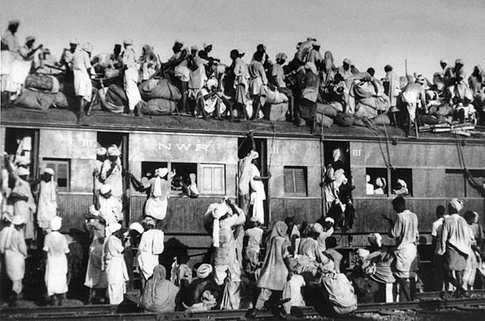 In India, “the Emergency” refers to a 21-month period in 1975–77 when Prime Minister Indira Gandhi unilaterally had a state of emergency declared across the country. Officially issued by President Fakhruddin Ali Ahmed under Article 352(1) of the Constitution for “internal disturbance”, the Emergency was in effect from 25 June 1975 until its withdrawal on 21 March 1977. The order bestowed upon the prime minister the authority to rule by decree, allowing elections to be suspended and civil liberties to be curbed. For much of the Emergency, most of Gandhi’s political opponents were imprisoned and the press was censored. Several other atrocities were reported from the time, including a forced mass-sterilisation campaign spearheaded by Sanjay Gandhi, the Prime Minister’s son. The Emergency is one of the most controversial periods of independent India’s history 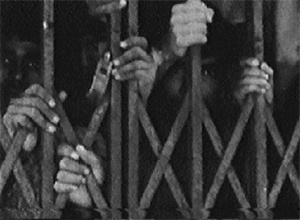 This is the only war that India lost in 200 years now. Although, both countries were evenly matched in economy, China had the element of surprise. Just as Soviet Union and USA were involved in the Cuban missile crisis, China chose to attack India as they knew US &USSR wouldn’t be able to help India. This is the only war that was fought between the 2 civilizations since the start of history, and seriously impacted the Indian psyche. 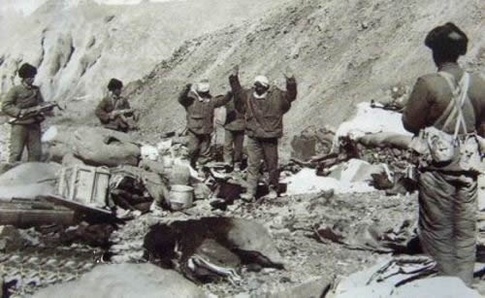 What makes the disaster even darker than the fact that several thousands died and millions suffered disabling injuries is the truth that even today, justice has not been served in the trial. The disaster is an embarrassment for all living Indians as an example where the powerful and influential have successfully been able to bypass the judicial system of the country. 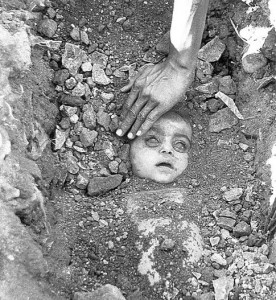 Anti-Sikh riots(1984):
This was the darkest moment in the history of secular India because it was a citizen-created mindless act of widespread violence against innocent people on the basis of religion in a nation that is so proud to call itself secular.

This incident showed that the nation may be called secular, politicians may call themselves and the nation secular, but the real thing that makes up a nation, i.e. its citizens, were not ready to be secular yet. One small provocation, and they were eager to put the blame on the entire Sikh community, and created maddening scenes of burning and loot and violence.

The Sikhs have tolerated a lot of pain. Salute to their mental strength; they have tolerated the injustice for so long, now that it’s been 28 years since the riots without anyone punished. Hope the perpetrators are brought to justice soon. 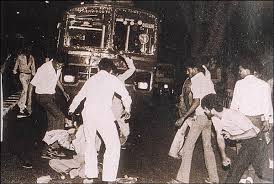 On December 6, 1992, a large crowd of Hindu Karsevaks (volunteers) entirely destroyed the 16th-century Babri mosque in Ayodhya, Uttar Pradesh, India, in an attempt to reclaim the land known as Ram Janmabhoomi. The demolition occurred after a rally supporting the movement turned violent and resulted in several months of intercommunal rioting between India’s Hindu and Muslim communities, causing the death of at least 2,000 people. 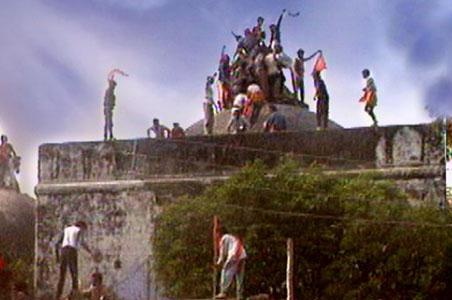 In the only instance of major bubonic plague spread in modern history, India was attacked by a plague epidemic in 1994 (reportedly a gift from our neighbor). Indian cities became like warzone – everyone wearing masks and raised alarms in Indian medical circles. Eventually 700 people died. 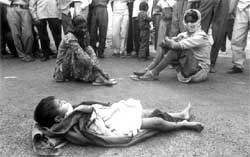 In one of the biggest hijack stories since Munich (1972), Al-Qaeda terrorists hijacked an Indian Airlines plane from Katmandu and took it to Kandhahar in Afghanistan. After two gruelling weeks, India finally agreed to release couple of most deadly terrorists, including Maulana Masood Azhar. These are now the most feared ones in India. 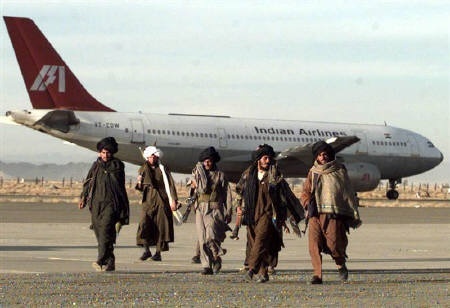 On December 13th, 2001, five terrorists affiliated to Lashkar-e-Toiba and Jaish-e-Mohammed stormed the premises of the Indian Parliament. While the security forces did a brave job of neutralizing the gunmen, the psyche of the country suffered an immense blow. The mood was grim and there was a feeling of deep anger against the perpetrators of the crime.

The incident brought India and Pakistan to the brink of war.The then Army Chief later recounted that India was ready to punish to Pakistan. Troop build-up at the border was complete within two days, and the army ready for war. Two nuclear powers were brought to the brink of war. 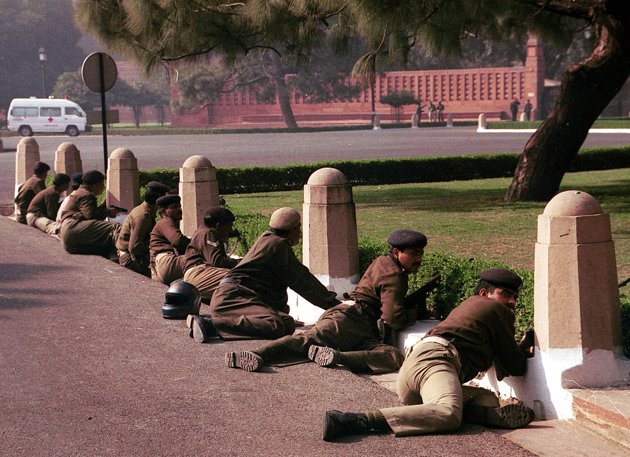 Why Everyone Loves Serena Williams’ Body, Because She...

You don’t get to 18 Grand Slams with a great tennis game alone. It takes hard work on the court, in the gym and,...
Read more

The biggest problem in Taiwan is that the women are very closed, cold, stuck up and cliquish, as if they are almost inhuman. They...
Read more

Which 20th Century Icon Were You In A...

Ever feel a connection to a certain deceased icon from the last century? Find out which monumental figure you were in a past life....
Read more

Have a need for drama? Sick of doing kitchen prep and having no one appreciate just how much work you're doing? Then take a...
Read more

How To Stay Positive Always Even In Tough...

Life is as uncertain as a roller-coaster ride. Each one of us face ups and down in life. But most of us...
Read more

For all the Christiano Ronaldo fans, here is the small video illustrating how ronaldo fared in the yesterday's drugging. Even though Portugal was thrashed by...
Read more
Load more