Marina Yefimova, 29, had put her 18-month-old son Gleb to bed before popping out to see some friends in the tiny Russian village of Sosnovka. After waking to find her gone, little Gleb managed to get down the stairs and open the back door, which had been left unlocked.

He then went out into the sub-zero temperatures to try and find his mum but succumbed to the freezing conditions. His body was found several hours later by a distraught Marina after she returned.

A spokesman for the nearby hospital where Gleb was taken said: "When she brought him in she was hysterical. We did all we could to try and resuscitate the child but in these temperatures he didn't stand a chance. Sadly there was nothing we could do."

The mum is now facing charges of neglect.

A police spokesman said: "When questioned she first said she had gone out to get wood for the fire. But she soon admitted she’d left him alone to go and see friends." 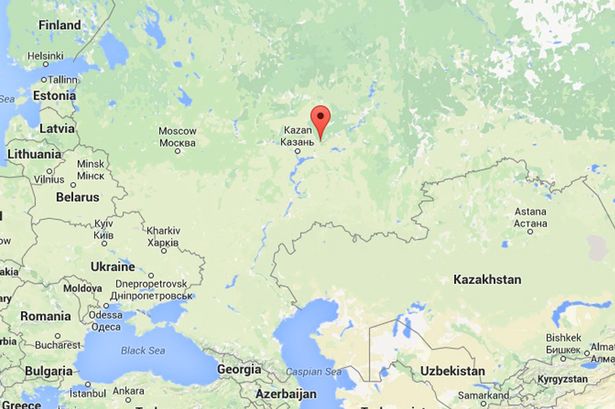 Location of tragedy: The villiage of Sosnovka, is found in Kirov Oblast, central Russia

Devastated husband Tikhon, 33, who was away on a business trip at the time, said: "I can’t believe this has happened. She is a good mother and a good wife. The whole thing is completely incomprehensible."