5 Most Important Things You Should Teach Your Children This Thanksgiving!

The craziest things to happen in the NFL

Chicago is the third most populated city in the United States and has long been seen as a bustling, international hub for some of the world’s largest industries including finance, communications, and transportation. Chicago has the fourth-largest gross domestic product (GDP) among metropolitan areas in the world and is a veritable melting pot of different races, cultures, and beliefs. The tourist brochures boast cultural attractions, scenic views, and a “close-knit” community. But the realities of some of Chicago’s toughest neighborhoods might make you think twice before booking a ticket to the Windy City. 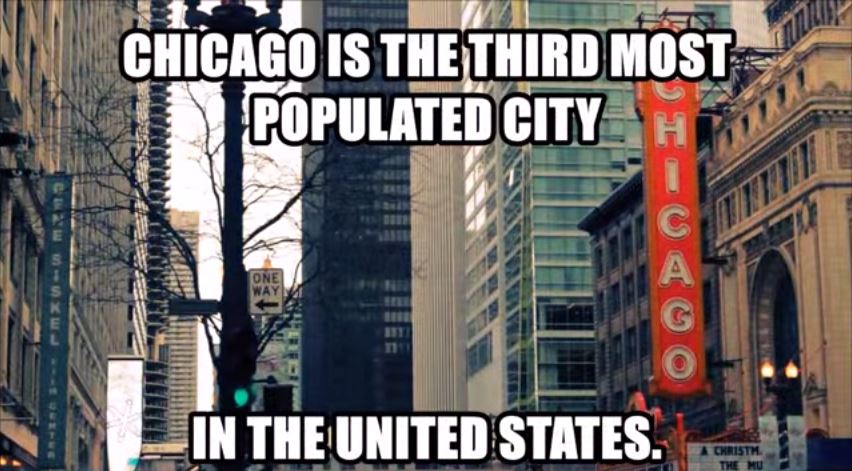 So, with all that Chicago has going for it, why was one of America’s greatest cities recently dubbed “Chiraq” a nickname that parallels the iconic city to a violent war zone? Artists such as Chief Keef, Nicki Minaj, Meek Mill and Spike Lee have all mentioned Chiraq in their works and are spreading awareness of the violence that occurs within this great city. 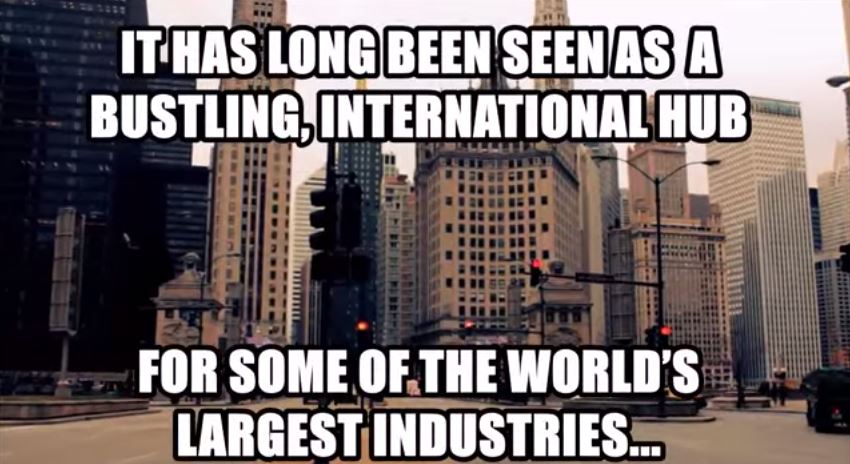 The name Chiraq first emerged after it was widely reported that more people had been murdered in Chicago in the last decade than the number of American troops killed in Afghanistan since the beginning of Operation Enduring Freedom. According to WND news, “Between 2003 and 2011, 4,265 people were murdered in the city of Chicago. In 2012 alone, 512 people were murdered in the city.” The death toll has continued to climb in 2013, as Chicago officially became the murder capital of the United States. Compare that to, “Operation Enduring Freedom, the name for the war in Afghanistan, which started Oct. 7, 2001, has seen a total of 2,166 killed.” These numbers generated many headlines proclaiming that Chicago was officially more deadly than an active war zone. . . hence the disturbing new nickname, Chiraq. 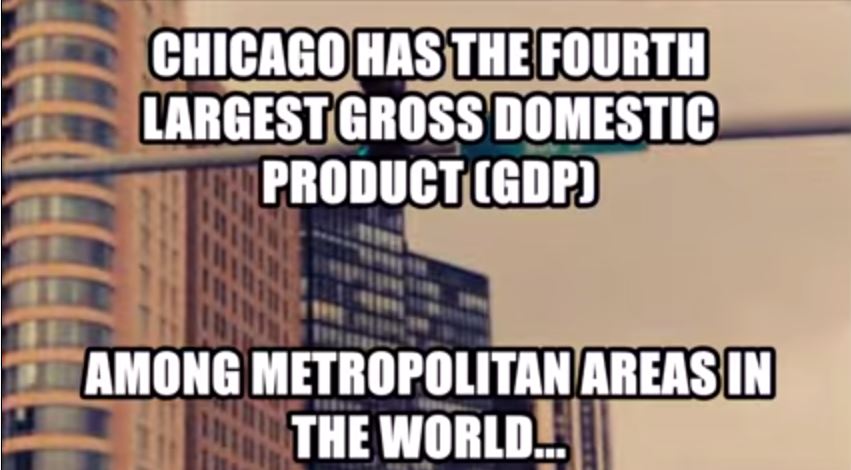 While most cities in America have become safer over the last decade, Chicago is the exception to the rule. In the early 2000s, Chicago demolished its inner city project housing, hoping to break up the gangs that ruled them, and scattered its residents throughout the city. While the towering buildings of the projects were certainly a horrific place to call home, and were ruled entirely by the gangs that lived there, they were actually serving as a kind of dysfunctional insulator for gang activity, shielding the majority of the city from the violence within. 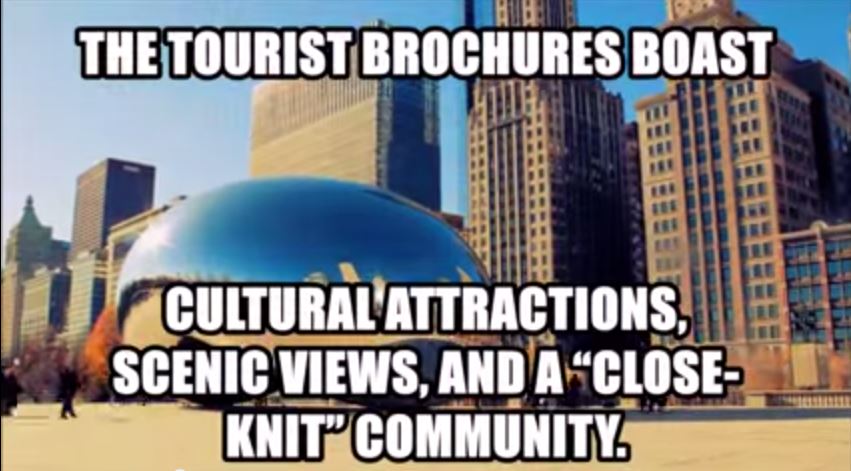 After the projects were demolished, the residents that lived there were given Section 8 housing and relocated. Suddenly, hundreds of warring gang members were uprooted from their homes and placed in the middle of rival, unfamiliar territories. That’s when the violence began.

In addition to poorly thought-out city planning, former Chicago gang members offer another explanation for the sudden uptick in gun violence: pride. In a VICE documentary on Chiraq an anonymous gang dropout says, “We weren’t brought up to shoot people. We were decent with our hands.” Another ex-gang member said,

The kids now, they’re scared to lose. So they’d rather bring a gun to the table and just murder everything.

Add in high unemployment levels, failing school districts, the closing of mental facilities, and the foreclosure crisis to the already volatile housing situation in Chicago, and you have a deadly recipe for complete and utter chaos.

If mixing the city’s warring gangs together was the catalyst for all this fighting, increased accessibility to guns paved the way for a war. In Chicago, handguns are everywhere, and as a result, police and community leaders are fighting a losing battle against street violence. The Chicago Sun-Times did a story on just how easy it is for young kids to get their hands on a gun. They interviewed a teenager named Chris who said, “I will make a call and say I need a gun. I will ride down the street on my bike and get it — five minutes.” 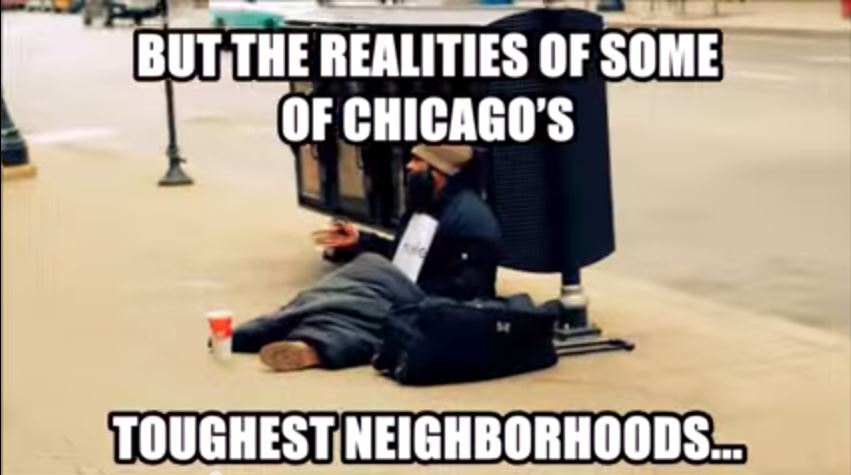 Chris says he knows men whose full-time job is to legally buy guns from stores and sell them to Chicago’s gangs. He calls them “gun guys.” He said, “Somebody that got a gun license, they buy the gun, scratch off the serial number and sell it to you.” Chris says a decent semi-automatic handgun costs around $600 on the street.

The VICE documentary showed a press conference held by Chicago Police Department’s Superintendent, Garry McCarthy. When asked why guns are so plentiful in Chicago, he said:

You can walk into any gun shop in Illinois, buy 10 nine-millimeters, and walk out the door. It’s only one recorded transaction, and we don’t know where those guns go. They hit the streets in enormous numbers. To me that’s just crazy.

According to one police chief in the documentary, the city of Chicago is home to over 69 gangs with over 625 different factions who are constantly at war with each other. There are so many gangs packed into such a cramped space, that some “territories” consist of no more than about two city blocks. If a gang member ventures outside this narrow perimeter, they’re at risk of being shot.

To make matters exponentially worse, some of Chicago’s hospitals have actually stopped treating bullet wound victims. Residents on the South Side of Chicago (the neighborhood with the highest level of gang activity) don’t even have a hospital nearby that will take gunshot victims—despite the fact that there are THREE hospitals in that neighborhood.

For various reasons, these hospitals have closed their trauma centers and cannot admit people with serious injuries (like a bullet wound). Some speculate that the motivation behind closing these trauma centers was purely financial since most victims of gun violence didn’t have insurance. Now those who’ve been shot in the South Side can only be seen at hospitals that are 20-30 minutes away uptown. Many have argued that the longer transport times to the trauma centers have contributed to a higher mortality rate for gunshot victims in Chicago.

Regarding Chicago’s relationship to the rest of the U.S., long-time social activist and community leader, Reverend Michael Pfleger said:

There has been a conscious decision to let some communities fall apart. As long as it’s contained, and that it doesn’t seep over. But guess what America? It is seeping over. Drugs did. Violence is, and now poverty is ‘cause what used to be the middle class is now poor. Wake up.

DISCLAIMER : It is PROHIBITED by law to use our service or the information it provides to make decisions about consumer credit, employment, insurance, tenant screening, or for any other purpose subject to the Fair Credit Reporting Act, 15 USC 1681 et seq. Instant Checkmate does not provide consumer reports and is not a consumer reporting agency. The information available on our website may not be 100% accurate, complete, or up to date, so do not use this information as a substitute for your own due diligence, especially if you have concerns about a person’s criminal history. Instant Checkmate does not make any representation or warranty about the accuracy of the information available through our website or about the character or integrity of the person about whom you inquire. For more information, please review Instant Checkmate Terms of Use.


What Do you think about this story ?