10 Most Overrated Tourist Places in the World !

By the end of the Western Roman Empire, the town was known simply as Parisius in Latin and would later become Paris in French.Christianity...
Read more
History

Paris is the home of important museums and cultural institutions, including the most visited art museum in the world, the Louvre, as well as...
Read more


Most of have a marked instinct to travel. There’s something about the allure of seeing new places and experiencing new cultures that appeals to almost everyone, regardless of where you’re from. There are certain places and sites everyone wants to visit in their lifetime: Sure, some of them are undeniably exciting and even offer up potentially life-changing moments – New York City, Paris, London, Tokyo… Visit any of these incredible cities and you’ll undoubtedly walk away with a ton of selfies, many outside iconic buildings, that let you reflect on what was undoubtedly an amazing trip.

But then there are those other places that leave you a little unimpressed, even bored. Maybe we expect too much, perhaps the hype that surrounds some of the more popular tourist attractions inevitable leads to an anticlimax – or maybe it’s just the overflow of tourists themselves that spoil the fun. Whatever it is, sometimes we can’t help but walk away from the world’s most famous tourist attractions feeling underwhelmed rather than awed and inspired. To avoid that, you’ll want to give these ten eminently disappointing sights a miss: 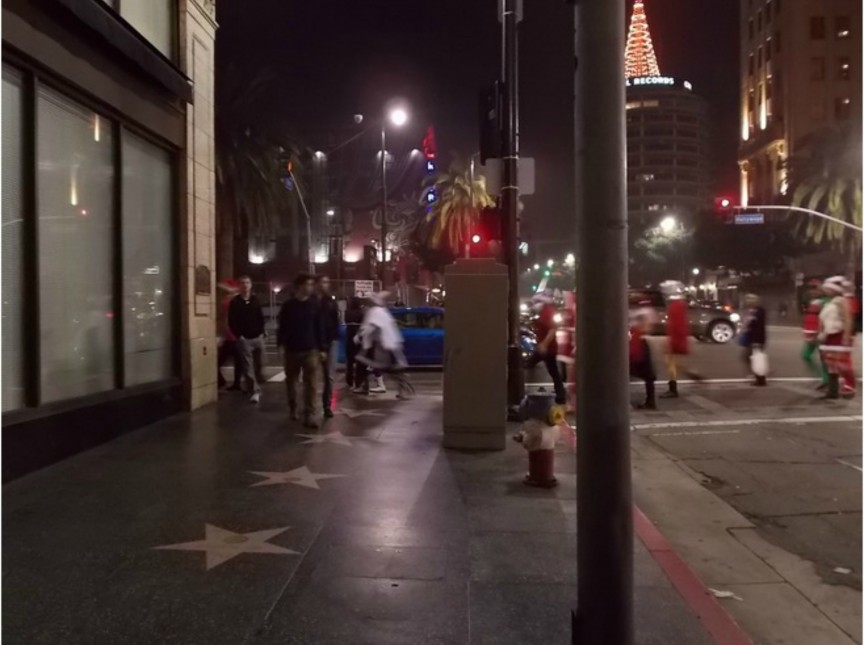 When people think of Hollywood, they think of all the glitz and glamor Tinseltown has to offer. But the locals know the truth: Hollywood isn’t normally the type of place you would willingly go if you were of sound mind. It’s jam-packed with tourists posing for pictures with their favorite celebrity’s star, and street performers in cheap costumes trying to extort you for piles of cash just to take a picture with them. There’s no parking to be found anywhere – at least nowhere you’d feel safe leaving your car. But the real kicker about the Walk of Fame is that it’s filthy and sort of depressing: Homeless people crowd the streets, which can only serve to remind us that Hollywood is a town that crushes people’s dreams and can destroy lives – not exactly the sort of image Tinseltown aspires to inspire. To add insult to injury, the famed Hollywood sign is relatively small in real life.

San Francisco is a city packed with world-class cool. It’s incredibly expensive to live there, but there are certainly plenty of neat sights for visitors. The Golden Gate Bridge, Chinatown, the architecture, the steep, treacherous but somehow charming roads…

But of all the things to see in San Francisco – and there are plenty – you may want to skip Fisherman’s Wharf. With a name like that, you’re probably imagining fresh seafood restaurants or fishing boats. Instead, what you’ll find are a bunch of tourist trap shops selling cheap souvenirs, and a lot of chain restaurants. The overall effect is more Disneyland than one of the hippest cities in the country. There’s really only one thing worthwhile about Fisherman’s Wharf – aside from the street vendors selling clam chowder in baked bread bowls – and that’s the multitude of sea lions that are often found lounging nearby. 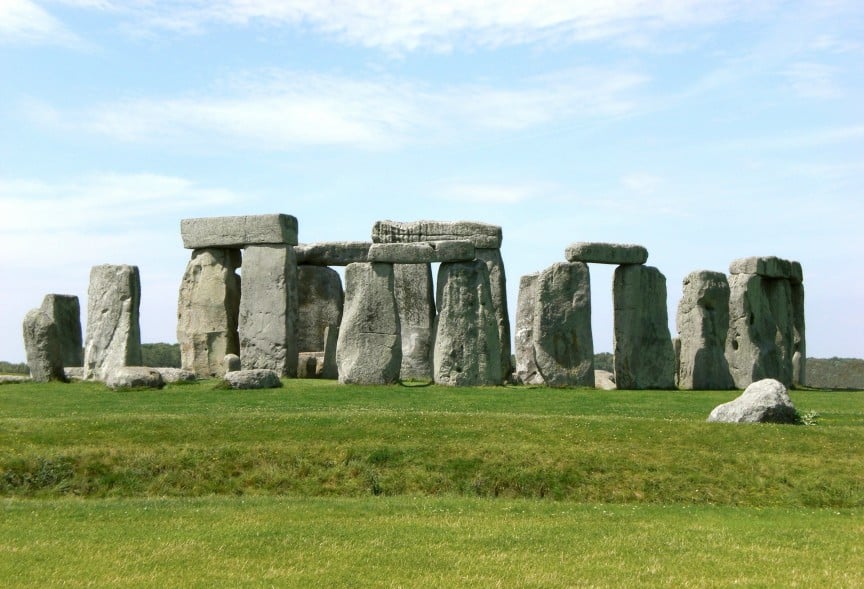 Many of you might think that of course Stonehenge is disappointing – it’s nothing but a bunch of big old rocks stacked in a big old circle (and now, some underground tunnels that have yet to be revealed to the general public). But in fact, the place has awesome historical significance and the mysteries and legends surrounding this site are fascinating.

Stonehenge isn’t inherently disappointing – it’s the people who’ve spoiled the fun. Because local authorities have to worry about vandalism, tourists can’t actually get very near the structure and must admire the ruins from afar. For true history buffs or even the uber-spiritual, that’s a huge disappointment. Of course, they need to preserve and protect the monument – it’s just a shame they have to go to such lengths to do so, taking the magic and fun out of the visit. 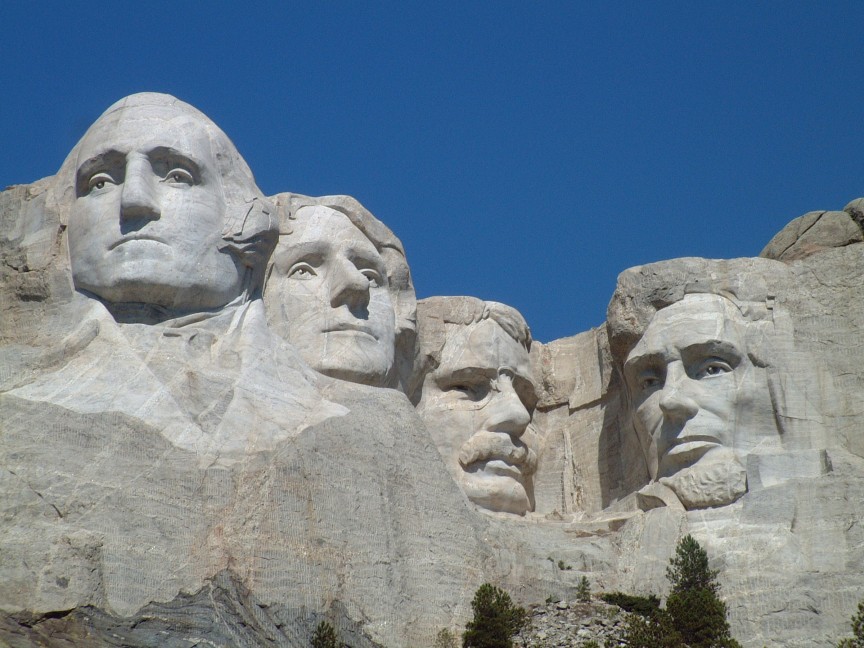 Faces carved into a mountain. Yes, they’re faces of some of our country’s most beloved leaders, but does that really make a difference in the grand scheme of things? After all, you’re driving all the way out into the middle of nowhere just to see some big faces carved into a mountain. There’s really no other reason to drive out to South Dakota, except for Mount Rushmore. And once you’ve stared at it for two minutes the thrill is over – so what to do next? Worse, the carvings actually aren’t actually as large as photos and pictures make them appear so you may find yourself a bit underwhelmed by the size of the monuments. 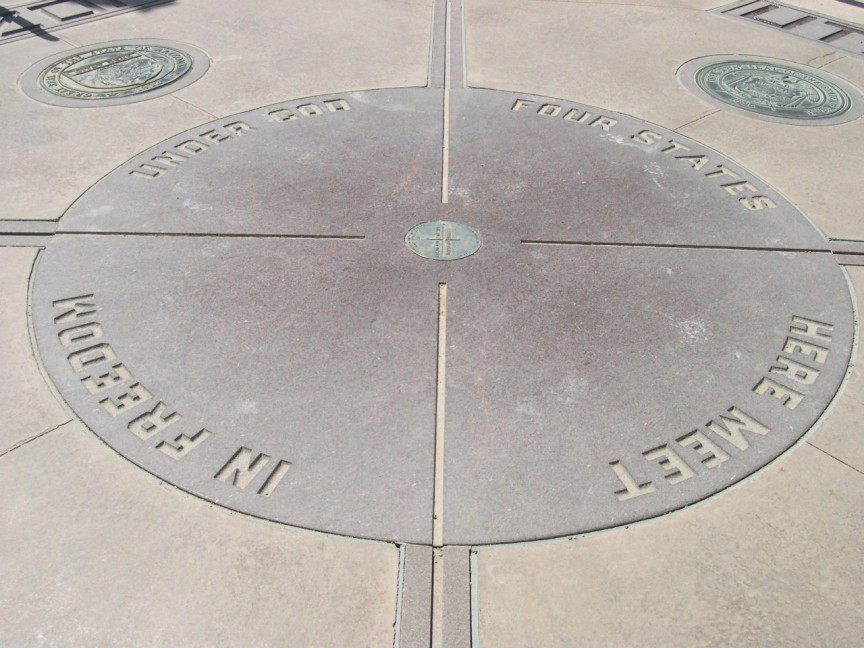 The supposed appeal of this Medallion is the fact that it marks the exact spot where you’re standing in four different states at one time. But what’s far less cool is that to do this, you’ll be standing in the middle of a parking lot. And if you manage to avoid getting hit by motorists who either aren’t paying attention or just don’t care, you’ll soon realize that there aren’t any restrooms nearby and the cell phone reception is terrible.

Sure, if you’re already driving through the area and want to stop and take photos in a parking lot, why not? But we promise you, you won’t feel any different than if you’re standing in the McDonald’s parking lot down the street from your apartment. Standing in four states at once may sound cool to some – though we can’t for the life of us figure out why – but it isn’t all that it’s cracked up to be. 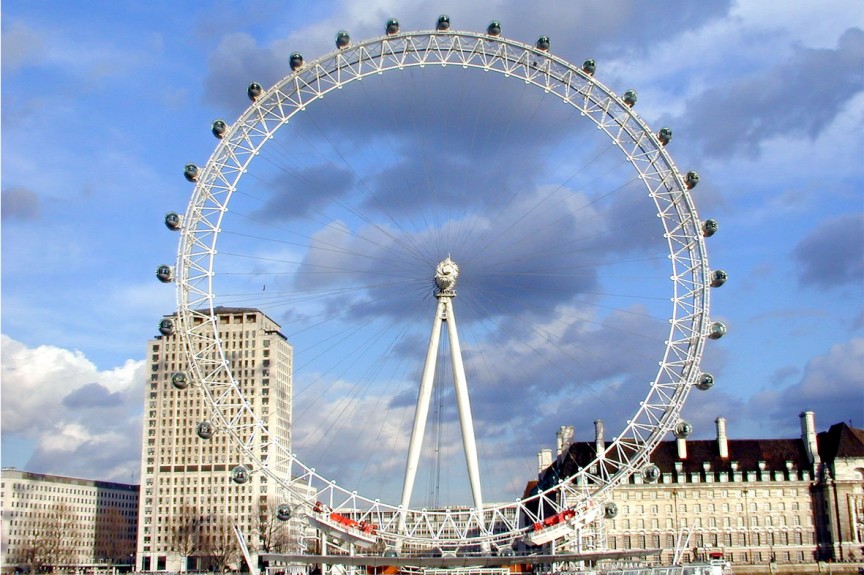 There’s a reason most of the overrated tourist attractions are in the United States and that’s because Europe and other countries have a lot more history. So, even if something is crowded and touristy, the added dose of immersive history automatically ups the coolness ratio.

But there are exceptions to these rules, and in this case, the exception is the London Eye. You’re in a country with Buckingham Palace, Big Ben, and the Tower of London – why choose to visit a Ferris wheel? Sure, it’s a big Ferris wheel, but it’s a Ferris wheel all the same. There are hundreds, if not thousands, of better things to see in London. And if you can’t think of at least one other thing to be doing there than standing in line for a big wheel, then you probably don’t deserve to go to London. Hand your plane ticket over to someone with slightly more common sense, or save yourself some money and go to a local amusement park instead.


4. The Pyramids of Giza 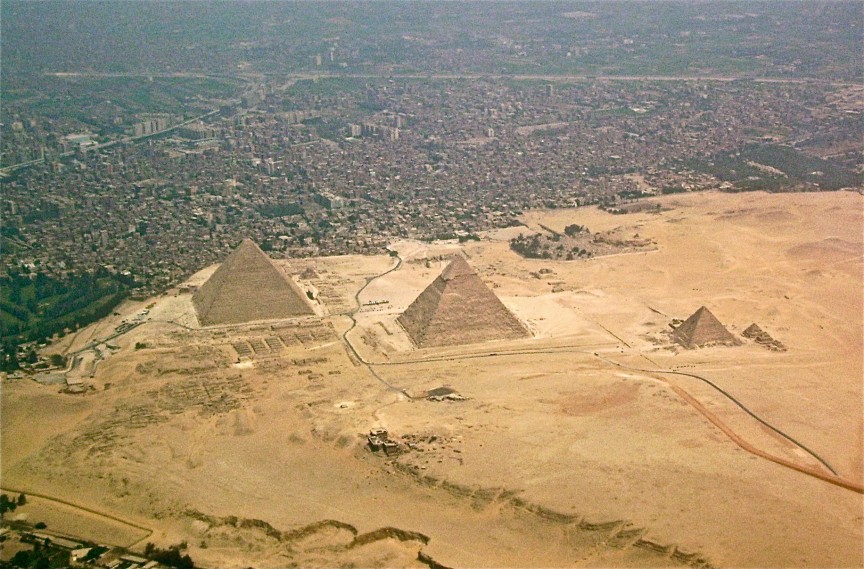 We want to believe the Pyramids are awesome. After all, anything to do with Ancient Egypt already sounds pretty fantastic to any of us ancient history buffs. But sadly, the Pyramids of Giza just aren’t all that they’re cracked up to be. Again, just as with Stonehenge, don’t blame the pyramids themselves – they’re an incredible feat of human ingenuity. Rather, it’s their location that kills the experience for most people.

Not too far from the major city of Cairo, the backdrop of the pyramids are your run-of-the-mill cityscapes – McDonalds, Pizza Hut, and a host of other Americanised restaurants and stores. Having a picture of yourself standing in front of the great pyramids with a giant sign for Starbucks in the background just sort of takes some of the magic out of it all. 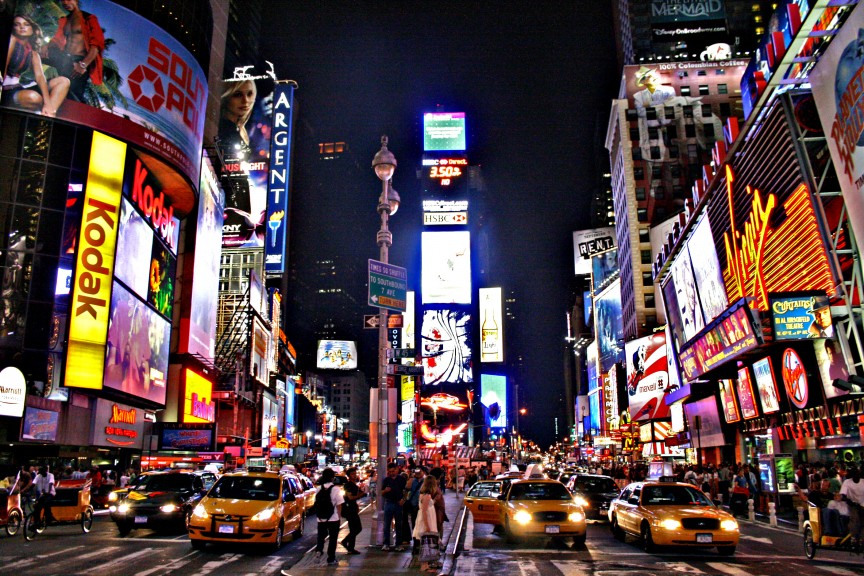 Admit it, you’ve probably watched the ball drop on Times Square every New Years since you were in diapers, and most of us have at least once thought “I want to be there.” Of course, we all know that the reality of New Year’s Eve in Times Square is a nightmare – unless you like peeing in cups and being groped by random drunks. To that we say, “hey, to each their own.” But when the glitz and glam of New Year’s Eve isn’t in full swing, Times Square seems like just any other city street – except for the fact that there are slightly more giant billboards. Oh, and if you look really hard, you might be able to spot places you’ve seen on TV. I guess that makes it worth it? Maybe? 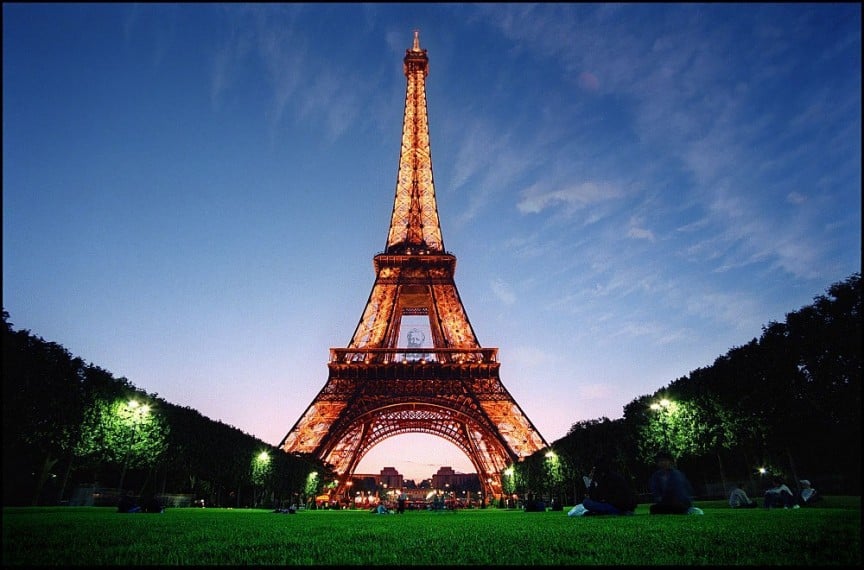 People who’ve never been to Paris imagine a romantic city filled with artists, coffee shops, and beautiful women strutting down the cobbled streets as if on their own personal runway. But those who visit Paris know the truth. The city is filled with tourists, alongside largely resentful Parisians who make it their goal in life to hate on those tourists every chance they can get. You really can’t win there. But the Eiffel Tower, you say! It’s a site you must see at least once in your life!

But then you get there and you realize this is the pinnacle of everything you’ve ever imagined Europe to be, and you can’t help but feel a little let down. It’s not the Eiffel Tower’s fault, it’s not Paris’ fault – we just all expected too much. No monument should ever be held to such high regard, because honestly, nothing is as great we make it out to be in our own minds. Not even the freaking Eiffel Tower.

1. The Leaning Tower of Pisa 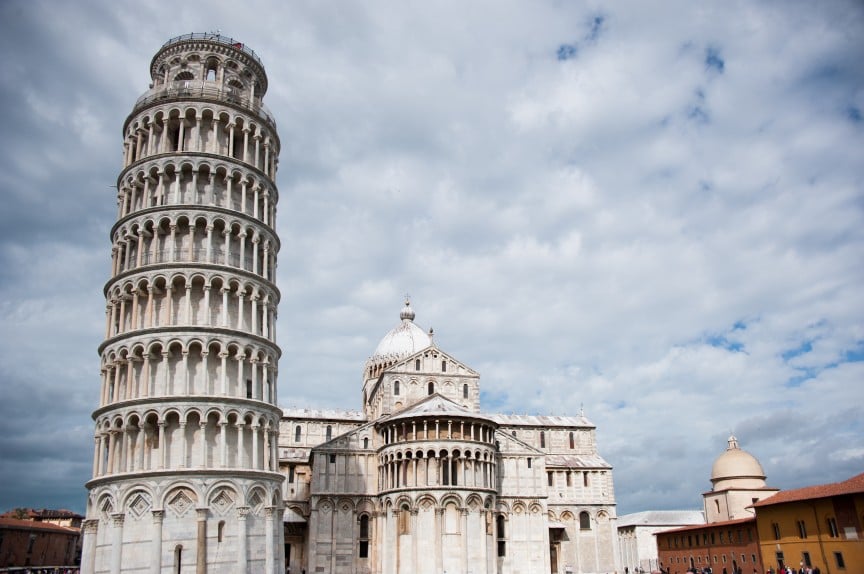 This one may surprise you – it did me. But here’s the thing, time and time again, I researched tourist attractions and every single list mentioned the fact that the Tower of Pisa was not as great as they’d imagined it to be. When I asked friends what tourist attractions disappointed them the most, this was a top contender. What is it about a leaning building that could have tourist after tourist feeling let down? Did it not lean enough for their liking? Were they expecting some jaw-dropping feat of gravity unlike anything they’ve ever seen before? Or is this another case of our expectations not matching up to reality? Whatever it is, something about the Leaning Tower of Pisa doesn’t sit well with tourists – even those who specifically go to Pisa to take cheesy photos of themselves “holding up” the tower. No, most people seem to leave Pisa with their expectations as limp as a plate of soggy spaghetti.

The Game of Thrones has every element of relationships on offer for viewers. Whether it is sacrifice, love, hate, urge for power – you...
Read more

2013 turned out to be a great year for equity investors in the US. The Dow Jones Average scaled the 16,000 peak for the...
Read more

Toronto is a Canadian beautiful, largest city, the fourth largest in North America.  It is the provincial capital of Ontario. Toronto is the most...
Read more

Why do some newly-hired executives & senior managers...

Please Stop Talking About How Busy You Are...