By the end of the Western Roman Empire, the town was known simply as Parisius in Latin and would later become Paris in French.Christianity was introduced in the middle of the 3rd century AD. According to tradition, it was brought by Saint Denis, the first Bishop of Paris. When he refused to renounce his faith, he was beheaded on the hill which became known as the “Mountain of Martyrs” (Mons Martyrum), eventually “Montmartre”.

His burial place became an important religious shrine; the Basilica of Saint-Denis was built there and became the burial place of the French Kings.

Clovis the Frank, the first king of the Merovingian dynasty, made the city his capital from 508. A gradual immigration by the Franks also occurred in Paris in the beginning of the Frankish domination of Gaul which created the Parisian Francien dialects.

Fortification of the Île-de-France failed to prevent sacking by Vikings in 845 but Paris’ strategic importance—with its bridges preventing ships from passing—was established by successful defence in the Siege of Paris (885–86). In 987 Hugh Capet, Count of Paris (comte de Paris), Duke of the Franks (duc des Francs) was elected King of the Franks (roi des Franks). Under the rule of the Capetian kings, Paris gradually became the largest and most prosperous city in France.

2. Life goes on normally at the bar in the Ritz during World War II 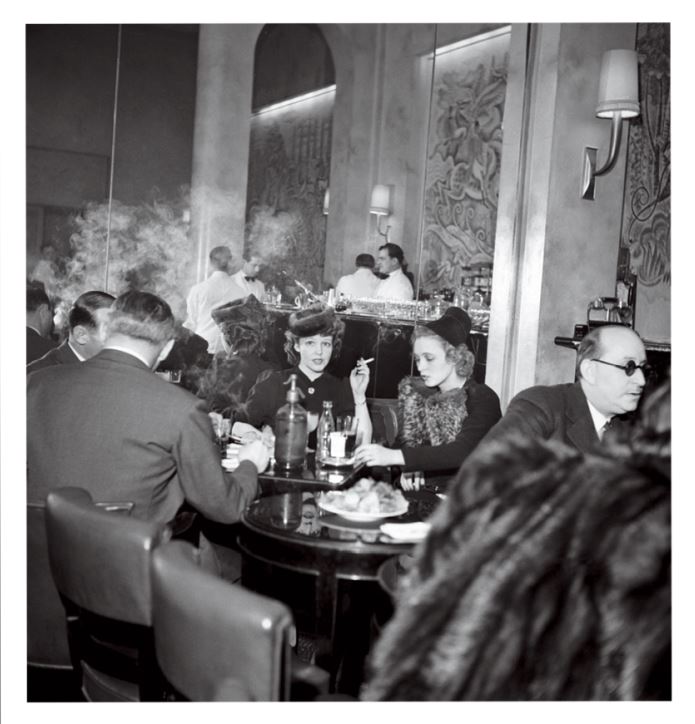 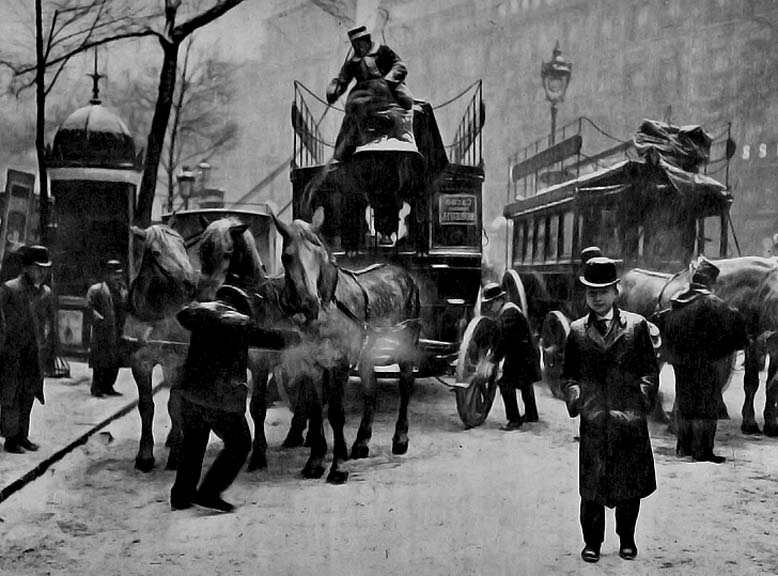 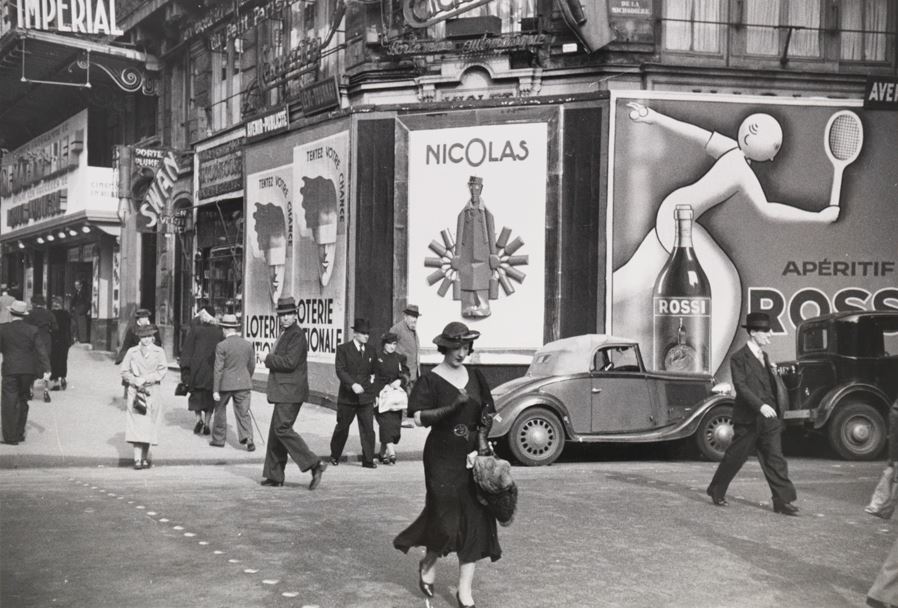 5. Carriages lined up outside the hotel in 1904 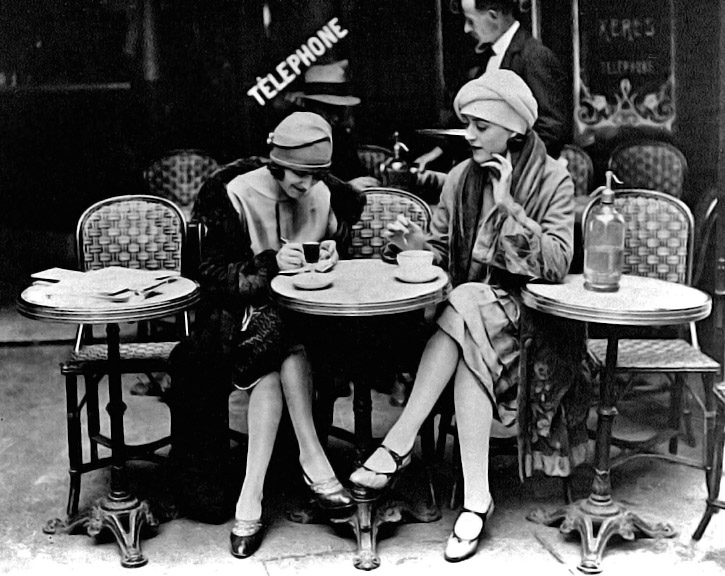 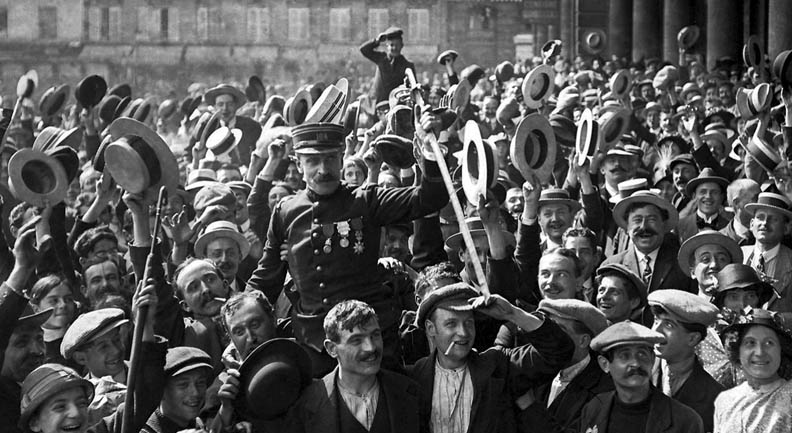 11. Post de Sully is photographed in January 1910, with high floodwaters and storm debris floating in the Seine_1910 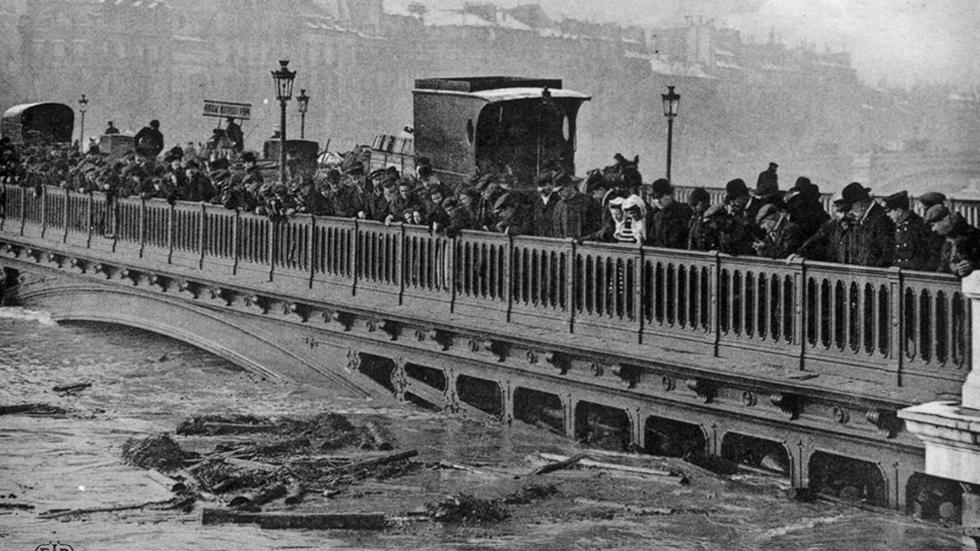 13. The Arc de Triomphe de l’Étoile – Most famous monument in Paris aside from the Eiffel Tower, the Arc de Triomphe was built in 1806 to honor those who fought and died for France in the French Revolutionary War_ 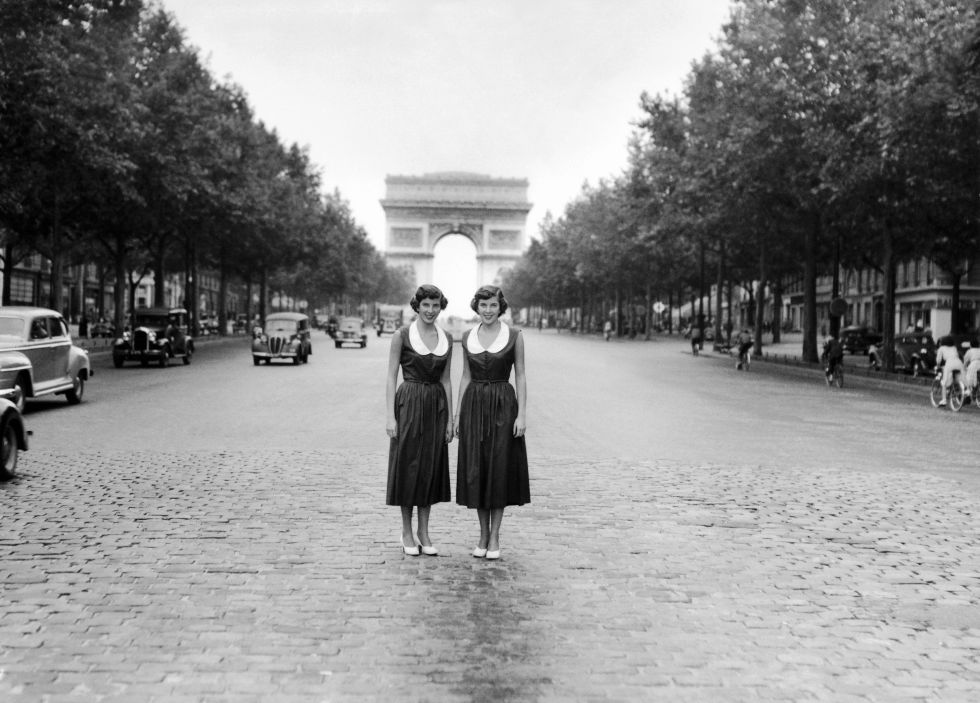 By the end of the 12th century, Paris had become the political, economic, religious, and cultural capital of France. The Palais de la Cité, the royal residence, was located at the western end of the Île de la Cité. In 1163, during the reign of Louis VII, Maurice de Sully, bishop of Paris, undertook the construction of the Notre Dame Cathedral at its eastern extremity. The Left Bank was the site of the University of Paris, a corporation of students and teachers formed in the mid-12th century to train scholars first in theology, and later in canon law, medicine and the arts.

The Right Bank became the centre of commerce and finance. The merchants who controlled the trade on the river formed a league and quickly became a powerful force. Between 1190 and 1202, Philip Augustus built the massive fortress of the Louvre, continued the construction of Notre Dame, rebuilt the two bridges, began paving Paris’ main thoroughfares, and the construction of a fortified wall around the city.