The states of Maryland and Virginia each donated land to form the federal district, which included the pre-existing settlements of Georgetown and Alexandria.

Named in honor of George Washington, one of the United States’ founding fathers and the leader of the American Continental Army who won the Revolutionary War, the City of Washington was founded in 1791 to serve as the new national capital. In 1846, Congress returned the land originally ceded by Virginia; in 1871, it created a single municipal government for the remaining portion of the District.

1. Southern View of the District of Columbia from the Washington Monument_c1942 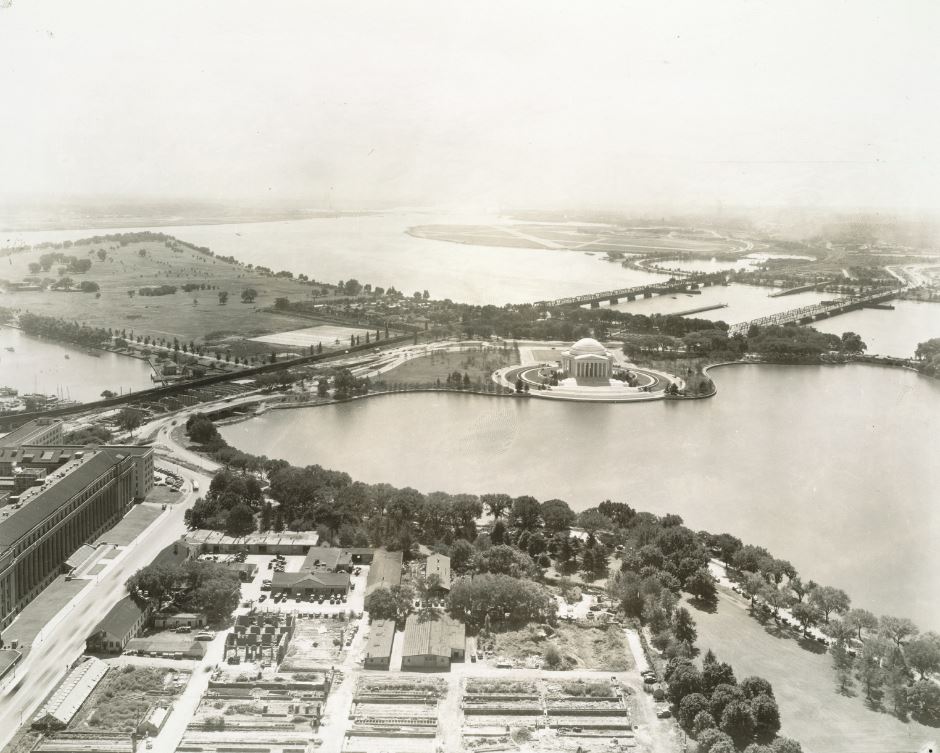 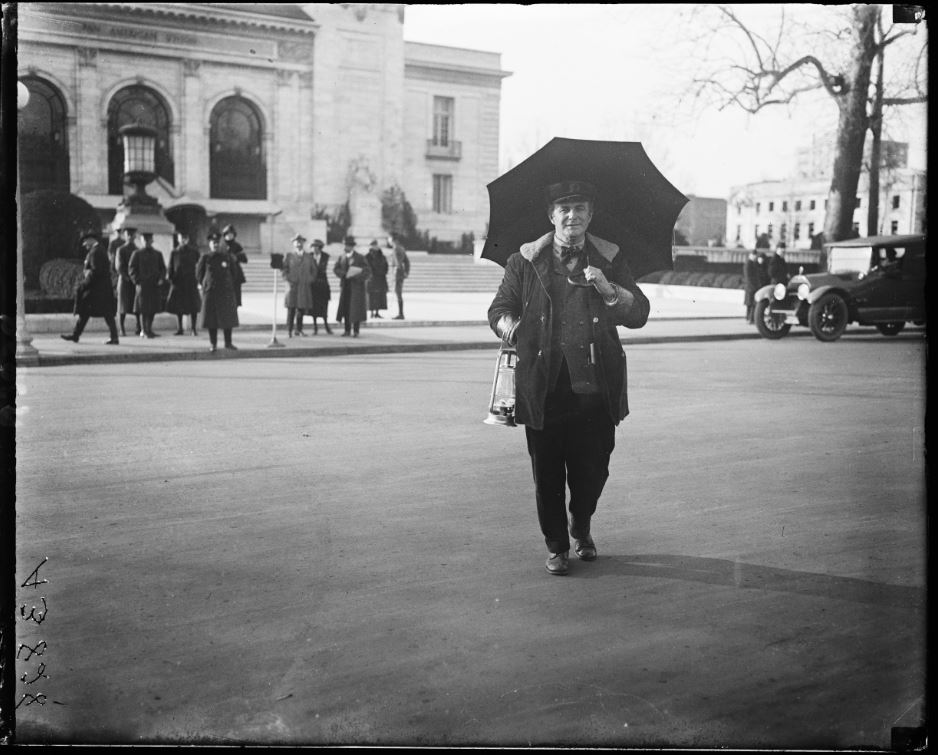 3. The Inauguration of Abraham Lincoln at the unfinished Capitol, Washington D.C, March 4, 1861 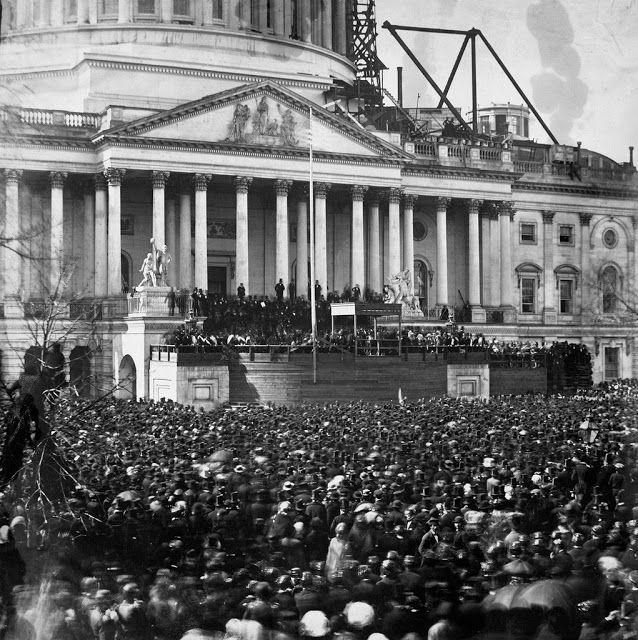 5. Washington, D.C. Inside the Lincoln Memorial_Dec1943 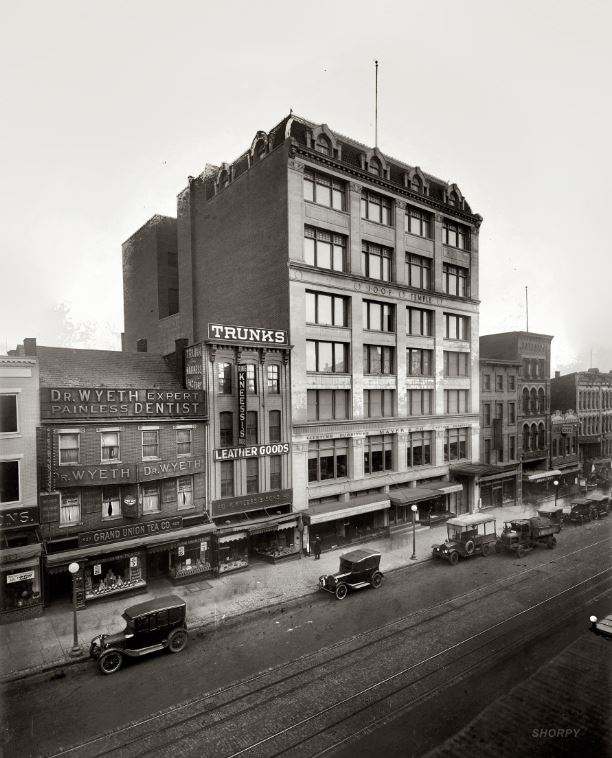 7. Washington, D.C. A street scene, showing a car at the entrance of the Office of Internal Revenue, facing the Benjamin Franklin post office qt 12th and Pennsylvania Avenue_1939 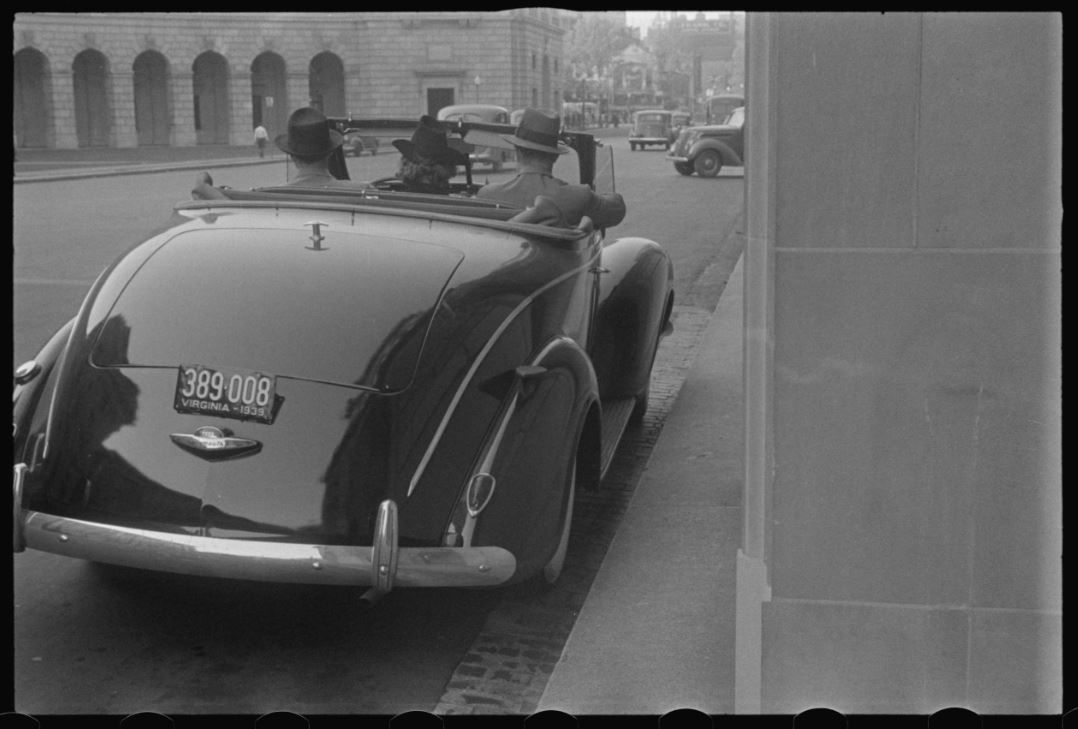 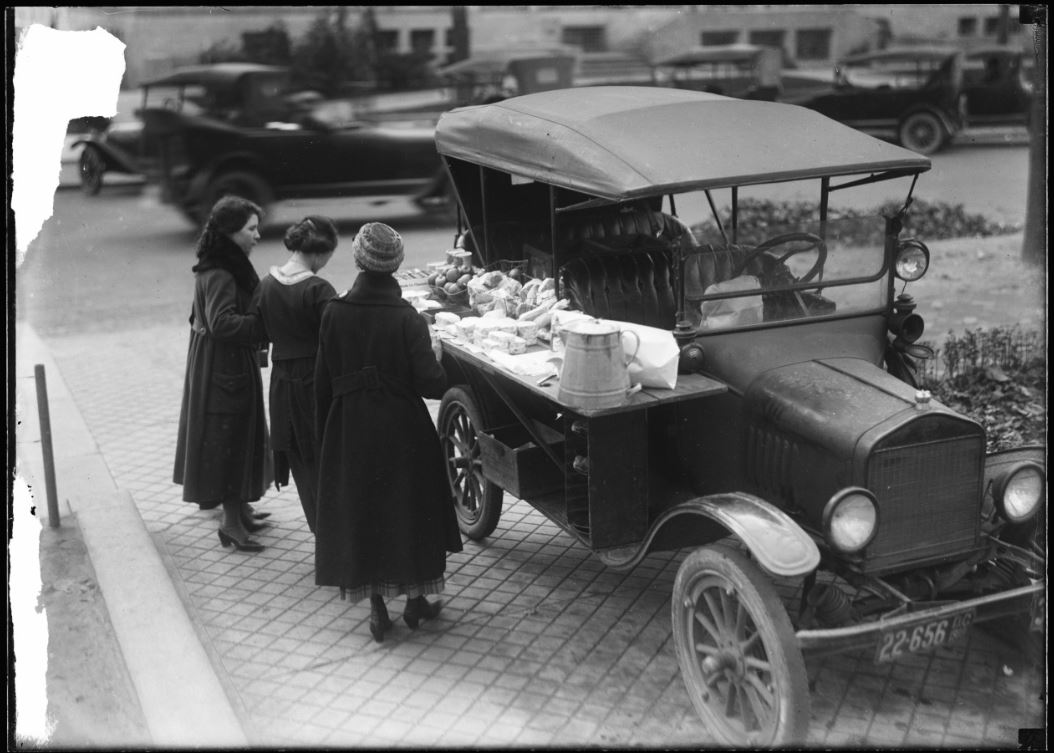 10. View of the Mall, District of Columbia, from the Washington Monument_c1942 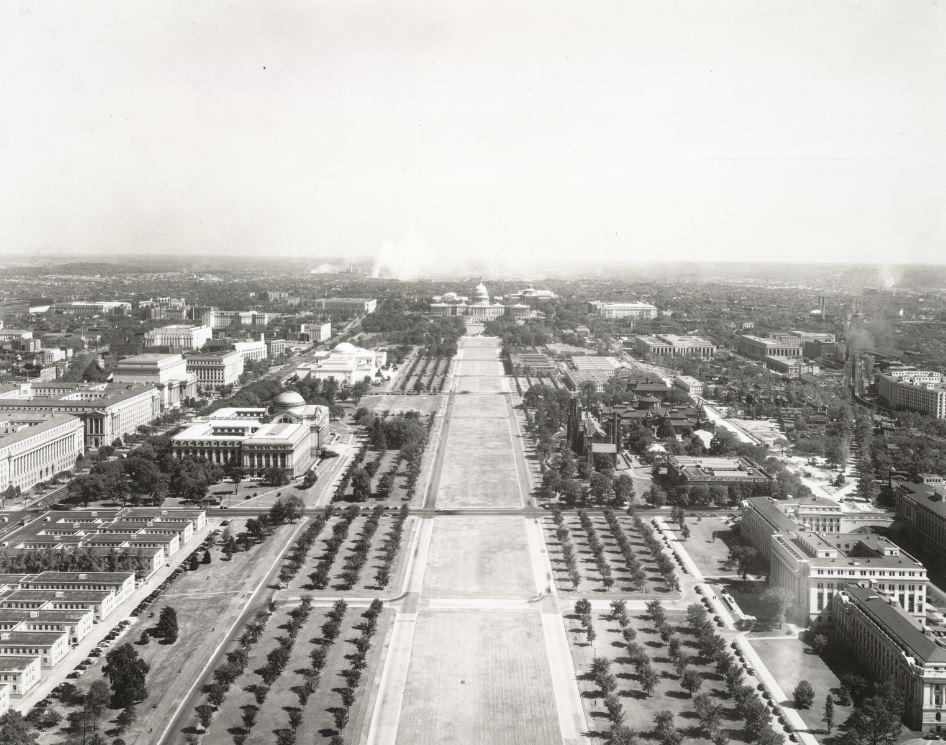 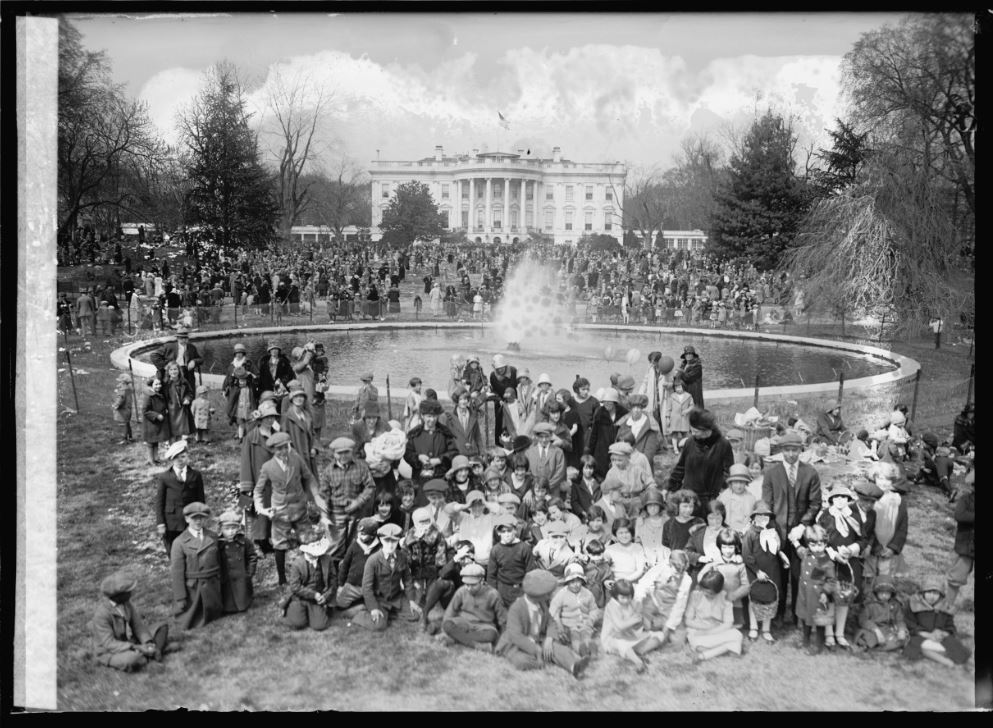 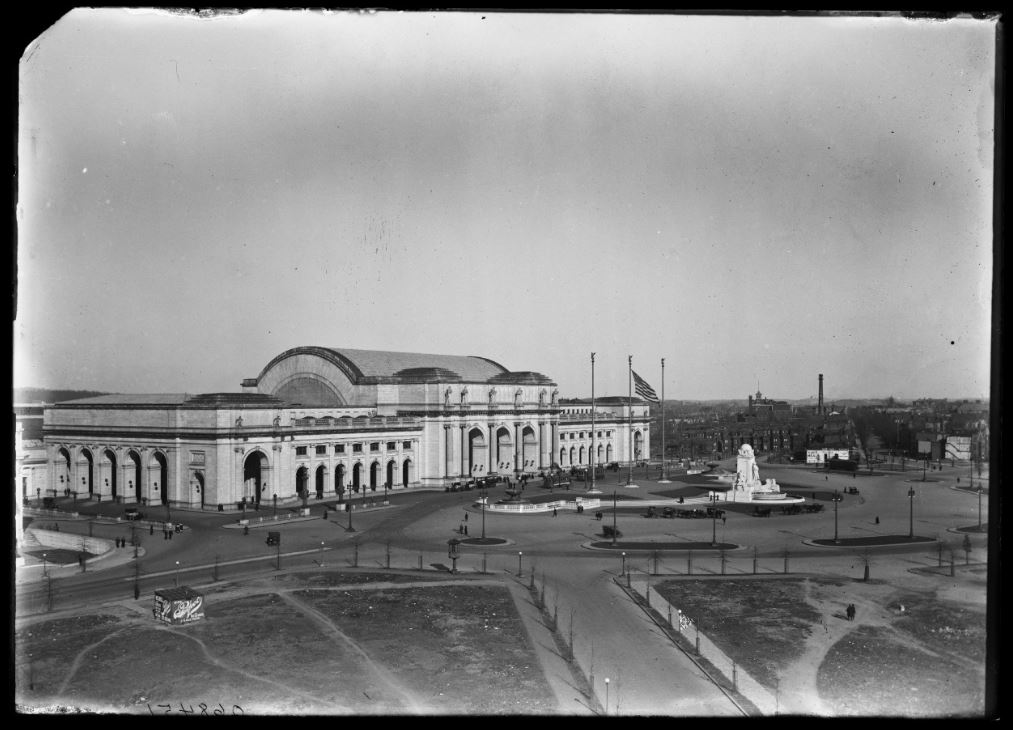 14. The Construction of the Washington Monument is completed by Army engineers, December 6, 1884 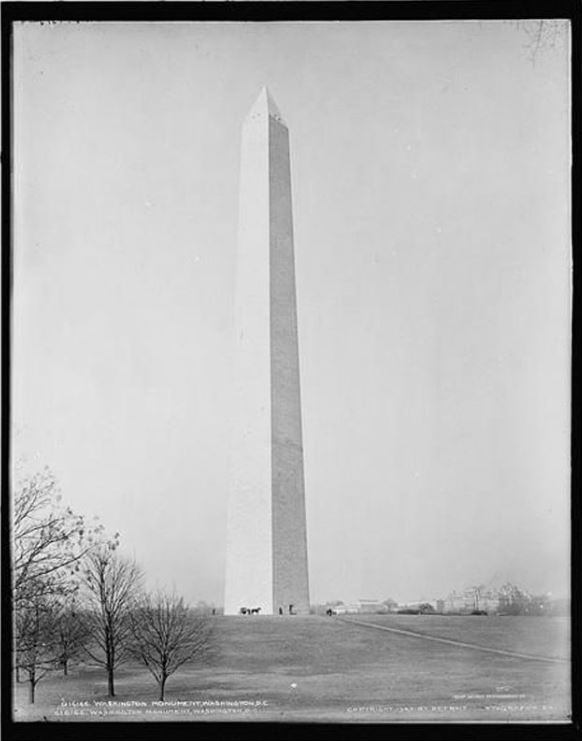 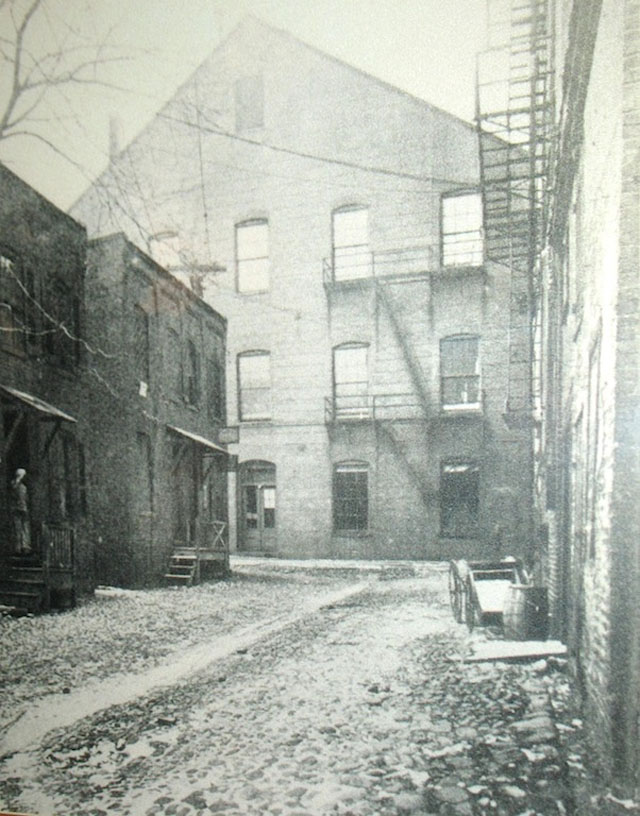 Article One, Section Eight, of the Constitution permits the establishment of a “District (not exceeding ten miles square) as may, by cession of particular states, and the acceptance of Congress, become the seat of the government of the United States”. However, the Constitution does not specify a location for the capital. In what is now known as the Compromise of 1790, Madison, Alexander Hamilton, and Thomas Jefferson came to an agreement that the federal government would pay each state’s remaining Revolutionary War debts in exchange for establishing the new national capital in the Southern United States.