7 Sensational Photos of Auckland The Volcanic City of New Zealand

Mystery of Sea Monster Found In New Zealand is Solved

A fence in rural New Zealand is covered in bras, and not everyone is happy about it. The Cardrona Bra Fence is a controversial...
Read more

Auckland, the largest and most populous city of New Zealand, straddles a volcanic field that contains no less than 50 volcanoes. These volcanoes have produced about 90 eruptions in the last 90,000 years, and there is no telling when the next eruption will occur. The city is literally a hot spot fed by a plume of hot magma rising up out of the mantle, hundred kilometres below the Earth’s surface. Every few hundred or thousand years, a batch of magma forces its way up towards a weak place in the Earth’s crust right under Auckland and produces a cone, a crater or a lagoon. The last time it did, about 600 years ago, it produced the 6-km-wide Rangitoto Island and destroyed the Māori settlements on neighbouring Motutapu Island.

Auckland is the only city in the world built on a basaltic volcanic field that is still active. And this is no small city – Auckland is home to 1.4 million residents, or nearly one-third of the country’s population. If an eruption were to occur, which it most certainly will, and if the city is still there on this site, the damage to Auckland will be unspeakable. 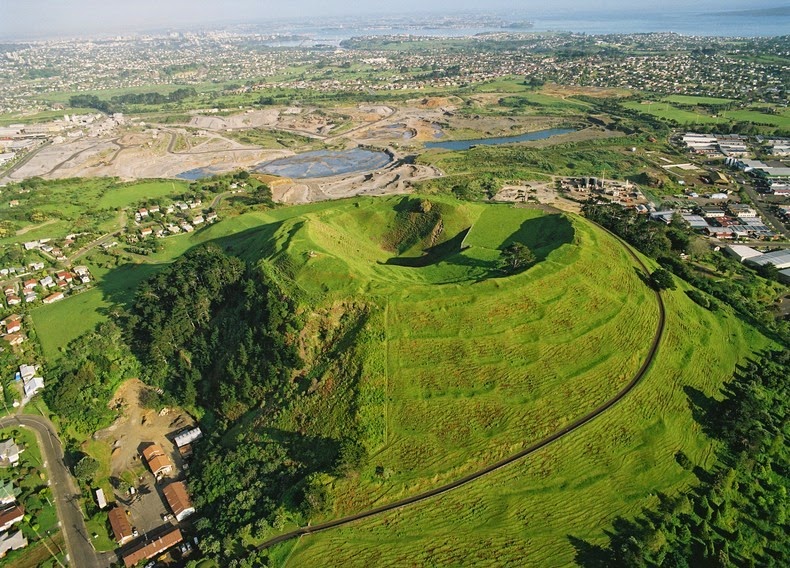 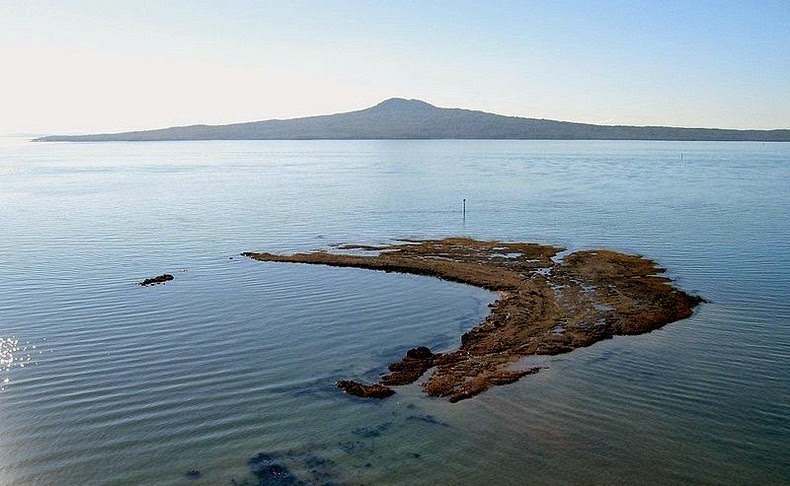 Fortunately, Auckland’s volcanoes are small in comparison to most of the world’s volcanoes. The cumulative volume of all the material erupted from Auckland’s 50 odd volcanoes is only about the size of one average eruption such as the 1980 eruption of Mount St Helens, in Washington, United States. Most of the volcanoes in Auckland are small cones less than 150 meters in height. These grew by eruptions, which lasted only a few months or possibly a few years. 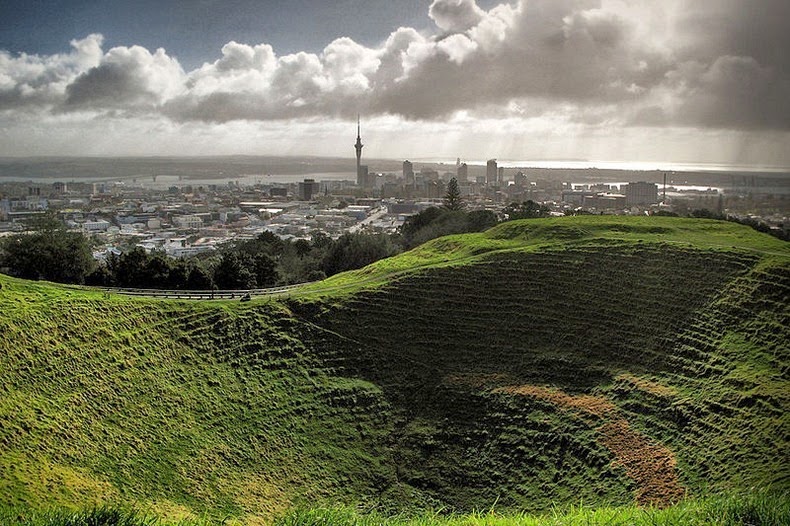 The type of volcanic activity which has created the Auckland volcanic field is referred to as monogenetic, which means that each time there has been an eruption it has occurred at a new location, rather than one of the existing volcanoes becoming active. Because of this, it is impossible to predict where the next one will strike. If all that is not enough, the basalt magma rises through the crust very quickly (at about 5 kilometres per hour) which leaves precious little time for warning and evacuation. 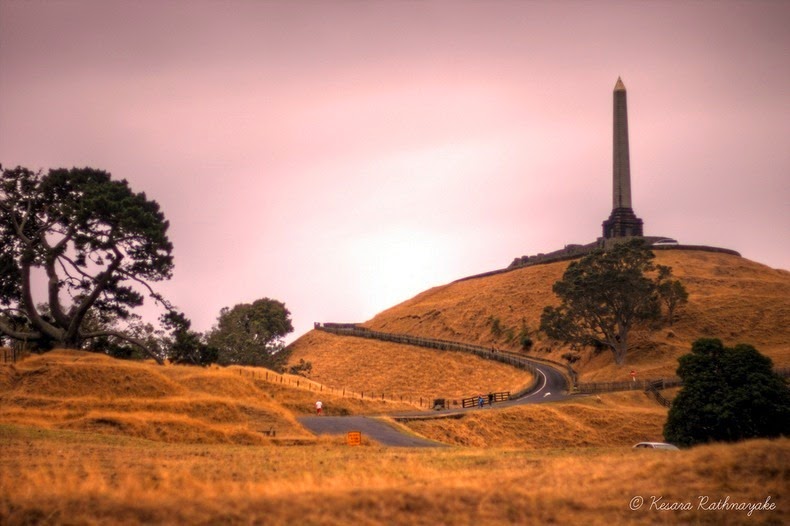 Auckland’s volcanoes are located all within about 20 km of the city centre. You can spot them dotted across the region as small hills. Some of the craters have filled with water and formed lakes and basins. Many of the volcanic cones were previous sites of Māori settlement and traces of terracing are still visible. A large number of them have been levelled by quarrying, others have become public parks. Since 1915, the cones are protected under law. 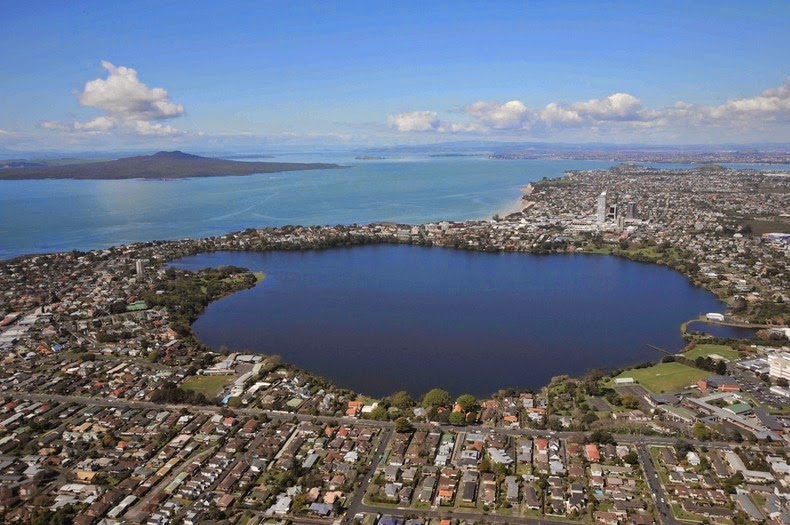 Rangitoto Island is Auckland’s most iconic natural landmark, with its distinctive symmetrical cone. 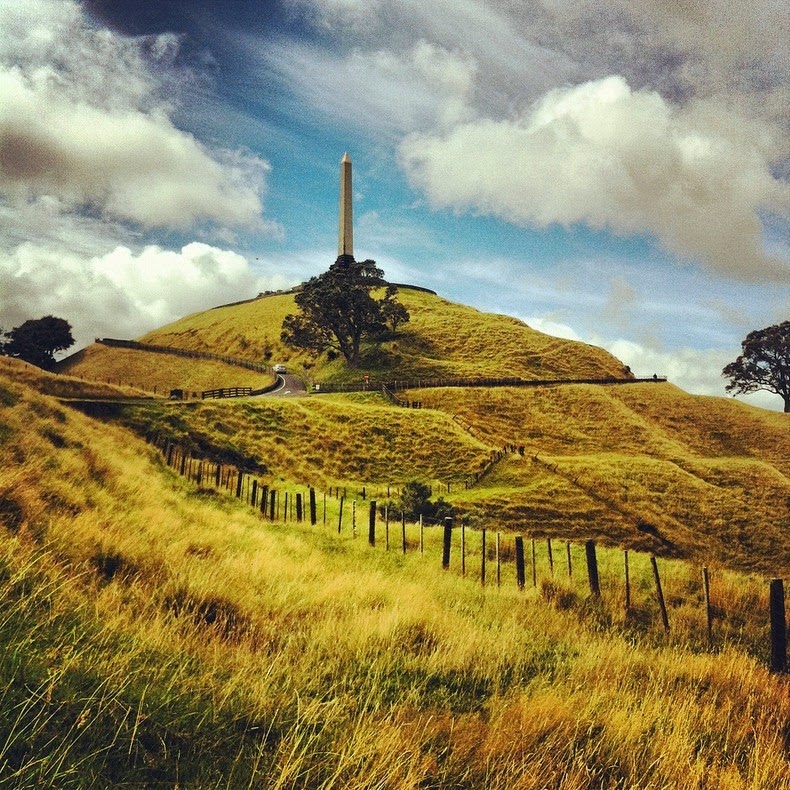 Mount Eden, at 196 meters, is the highest volcano on the Auckland isthmus with three overlapping cones, one with a deep conical crater. The remains of terracing and pits of Waiohua’s settlement is still visible, and its summit is a tourist look-out 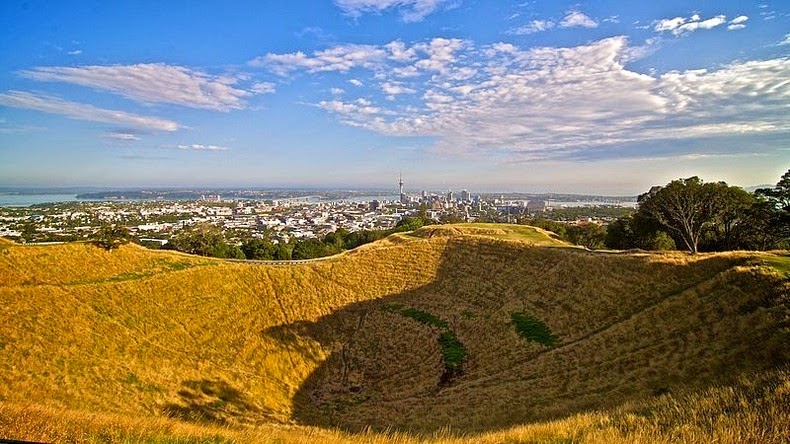 One Tree Hill is one of Auckland’s largest and most culturally significant volcanoes. The highest point is topped with a single pine tree (replacing the original native Totara), a monument, and the grave of Sir John Logan Campbell, the ‘founding father’ of Auckland City.

The Auckland urban area, in the North Island of New Zealand, is the largest and most populous urban area in the country. Auckland has a population of 1,418,000, which constitutes 32 percent of the country’s population. It is part of the wider Auckland Region, which includes the rural areas and towns north and south of the urban area, plus the islands of the Hauraki Gulf, resulting in a total population of 1,529,300 that is governed by the Auckland Council. Auckland also has the largest Polynesian population of any city in the world. In Māori, Auckland’s name is Tāmaki Makaurau and the transliterated version of Auckland is Ākarana.

People think Siberia is a desolate, icy wasteland – but some people love its isolation, the glum locals and the out-there strangeness of the...
Read more

Is Your Partner Cheating On You?

Take this quiz to see how likely your partner is cheating on you. Click Me For More Such Quizzes
Read more

If You Ever Wanted To See Barack Obama...

You don't always see leaders of nations singing some pop hit. But thanks to technology and some snappy editing skills you can get to...
Read more

Robin Williams Tribute Video which will give you...

There have been countless tributes posted online ever since world famous entertainer Robin Williams passed away. But this short tribute by Modern Green is...
Read more

‘I’m more proud of quitting smoking than of anything else I’ve done in my life, including winning an Oscar. -Christine Lahti, An Actress Indeed,...
Read more
Load more