Washington had an estimated population of 672,228 as of July 2015. Commuters from the surrounding Maryland and Virginia suburbs raise the city’s population to more than one million during the workweek. The Washington metropolitan area, of which the District is a part, has a population of over 6 million, the sixth-largest metropolitan statistical area in the country.

The centers of all three branches of the federal government of the United States are in the District, including the Congress, President, and Supreme Court. Washington is home to many national monuments and museums, which are primarily situated on or around the National Mall. The city hosts 176 foreign embassies as well as the headquarters of many international organizations, trade unions, non-profit organizations, lobbying groups, and professional associations. 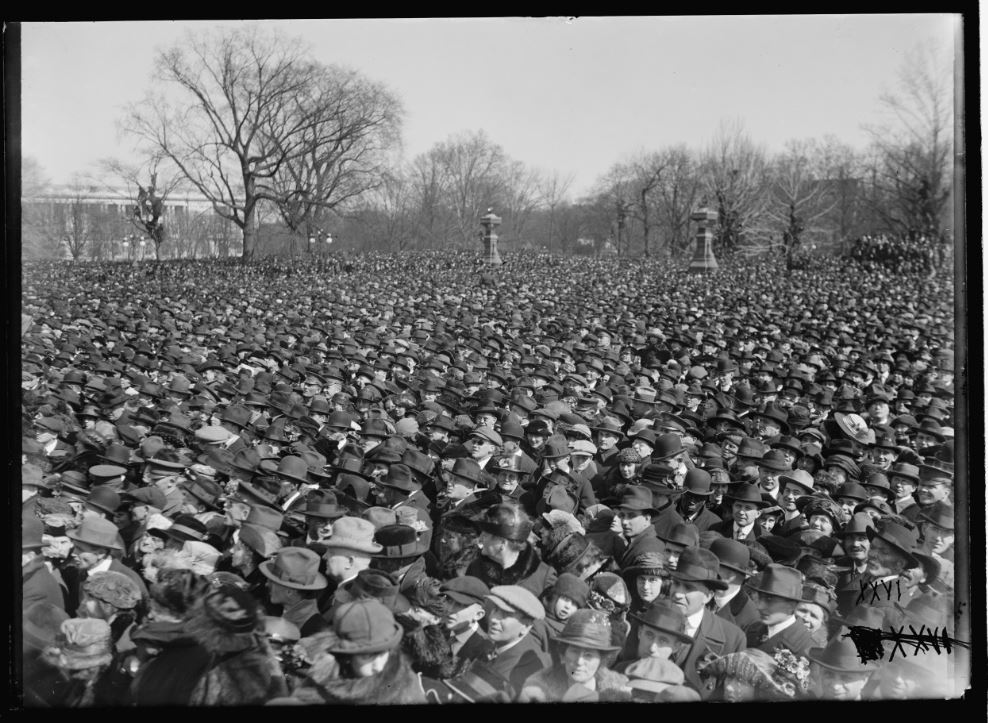 3. Washington, D.C. An automobile parking lot on 14th Street, back of the Department of Labor_c.1939 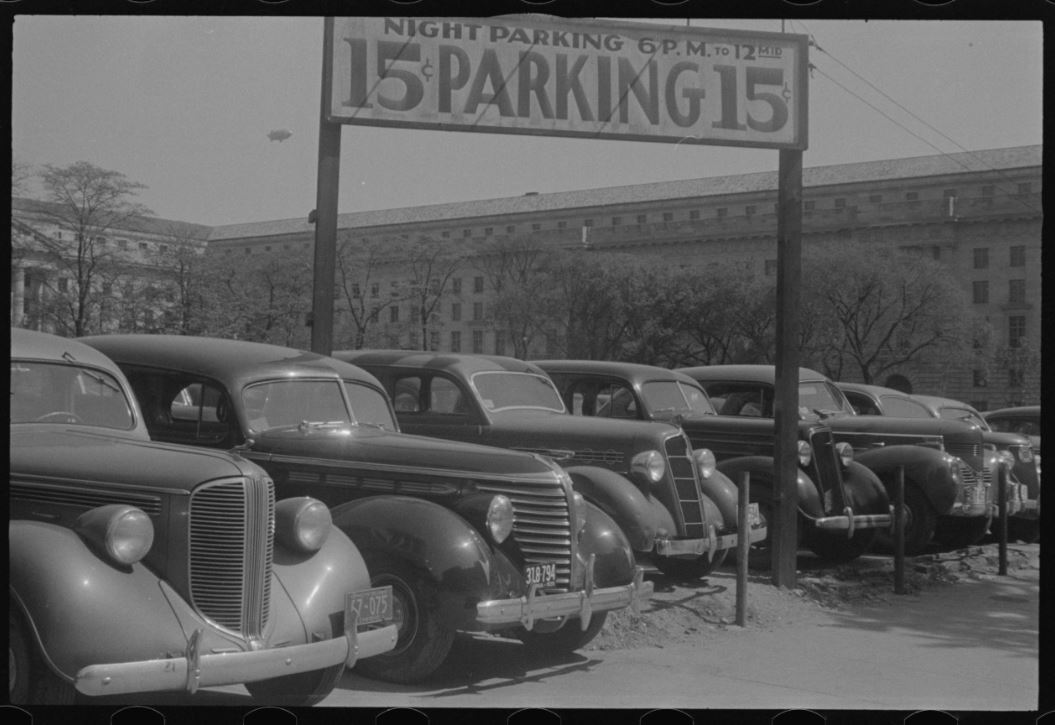 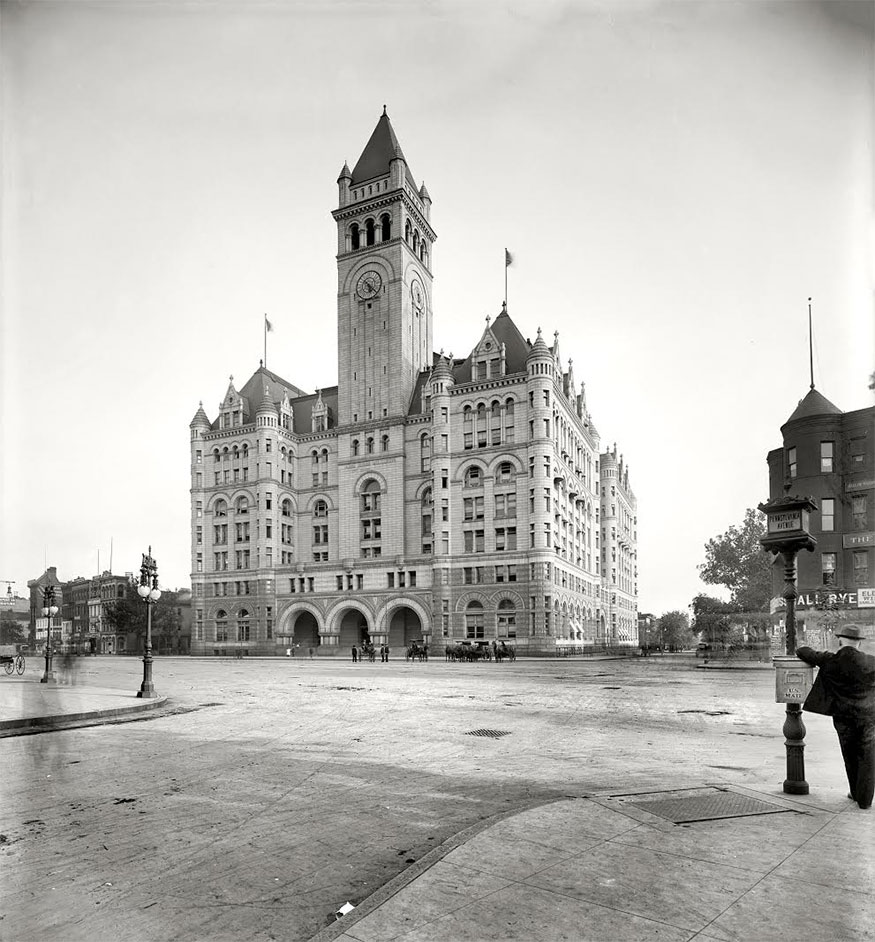 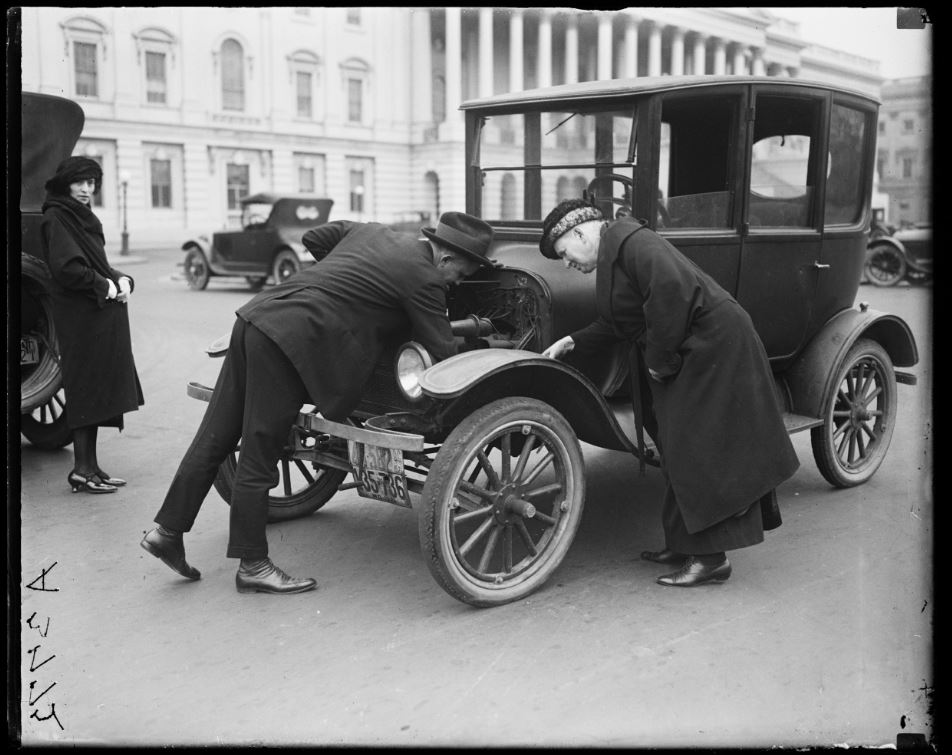 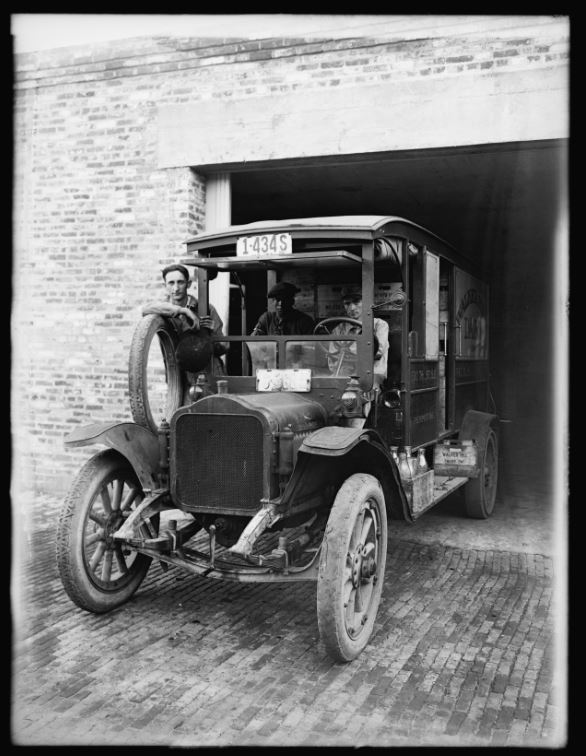 7. New Army Bomber arrives at Bolling Field. Washington, D.C., March 10. The new 4 engine Boeing bomber, the first of 13 which will be delivered to the U.S. Army Air Corps_circa March1937 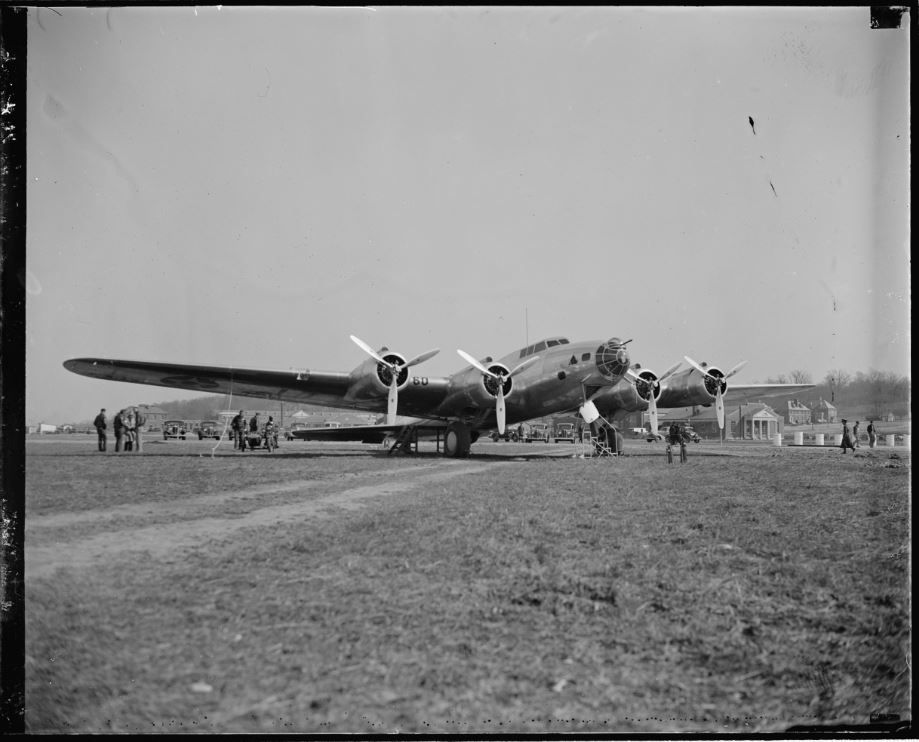 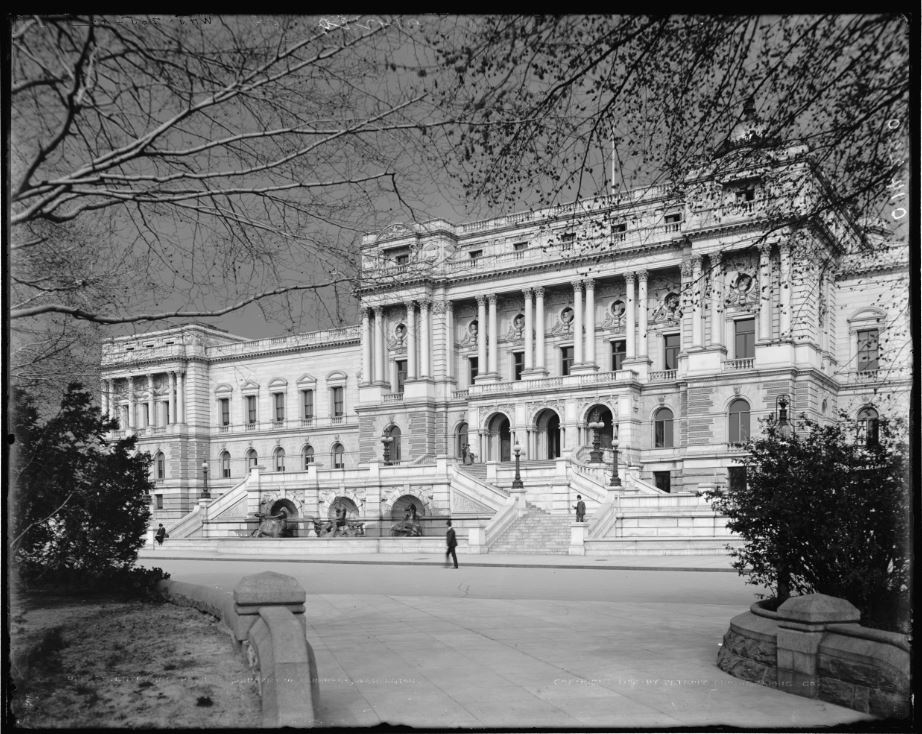 9. Treasury Department in the early 1860s 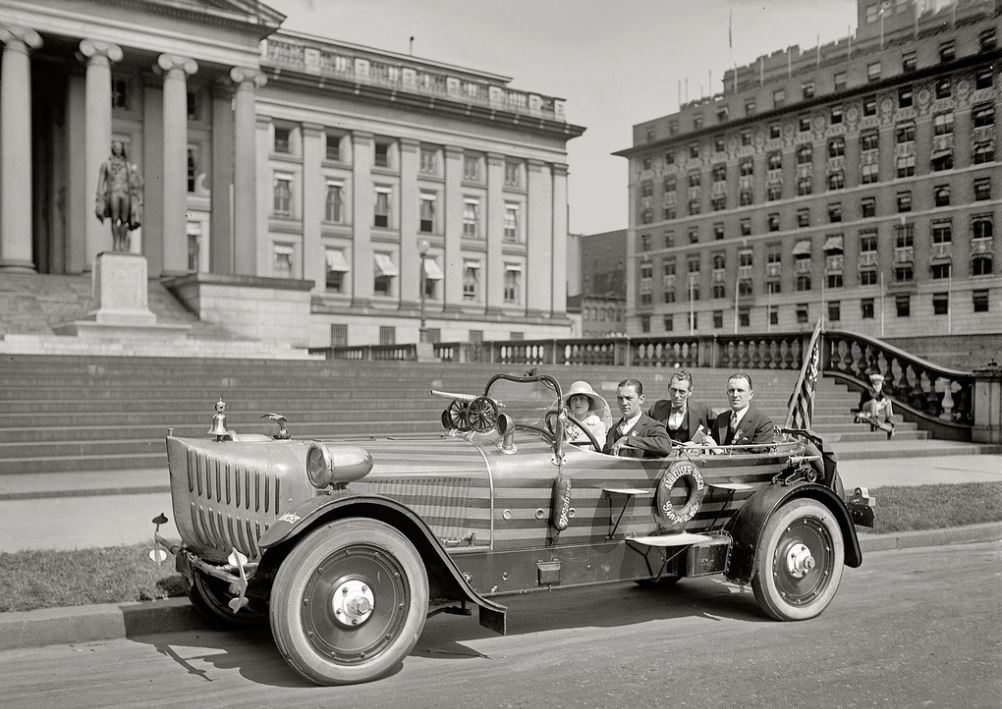 12. The Capitol building under construction in Washington, DC, ca. 1863 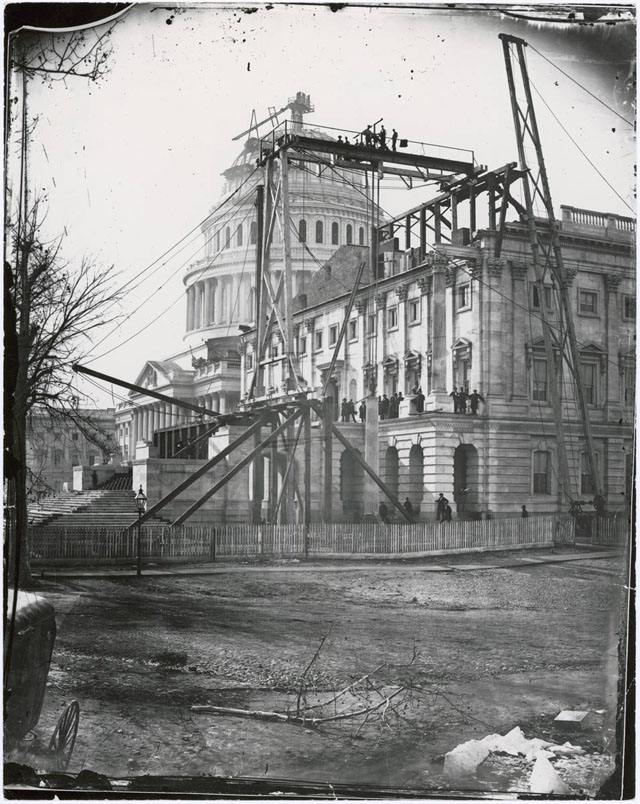 15. Washington, D.C. Listening to the U.S. Army band play at a free concert in front of the Capitol_june1943 On July 9, 1790, Congress passed the Residence Act, which approved the creation of a national capital on the Potomac River. The exact location was to be selected by President George Washington, who signed the bill into law on July 16. Formed from land donated by the states of Maryland and Virginia, the initial shape of the federal district was a square measuring 10 miles (16 km) on each side, totaling 100 square miles (259 km2).

Two pre-existing settlements were included in the territory: the port of Georgetown, Maryland, founded in 1751,and the city of Alexandria, Virginia, founded in 1749.During 1791–92, Andrew Ellicott and several assistants, including a free African American astronomer named Benjamin Banneker, surveyed the borders of the federal district and placed boundary stones at every mile point. Many of the stones are still standing.