How to Help an Underperformer?


As a manager, you can’t accept underperformance. It’s frustrating, time-consuming, and it can demoralize the other people on your team. But what do you do about an employee who isn’t performing up to snuff? How do you help turn around the problematic behavior? And how long do you let it go on before you cut your losses? 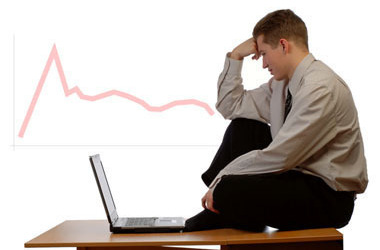 What the Experts Say
Your company may have a prescribed way of handling an underperformer, but most of those recommended processes aren’t that useful, says Jean-François Manzoni, a professor of management at INSEAD and coauthor of The Set-Up-to-Fail Syndrome: How Good Managers Cause Great People to Fail. “When you talk to senior executives, they’ll usually acknowledge that those don’t work,” he says. So chances are, it’s up to you as the manager to figure out what to do. “When people encounter an issue with underperformance, they really are on their own,” says Joseph Weintraub, a professor of management and organizational behavior at Babson College and coauthor of the book, The Coaching Manager: Developing Top Talent in Business. Here’s how to stage a productive intervention.

Don’t ignore the problem
Too often these issues go unaddressed.  “Most performance problems aren’t dealt with directly,” says Weintraub. “More often, instead of taking action, the manager will transfer the person somewhere else or let him stay put without doing anything.” This is the wrong approach. Never allow underperformance to fester on your team. It’s rare that these situations resolve themselves. It’ll just get worse. You’ll become more and more irritated and that’s going to show and make the person uncomfortable,” says Manzoni. If you have an issue, take steps toward solving it as soon as possible.

Consider what’s causing the problem
Is the person a poor fit for the job? Does she lack the necessary skills? Or is she just misunderstanding expectations? There is very often a mismatch between what managers and employees think is important when it comes to performance, Weintraub explains. It’s critical to consider the role you might be playing in the problem. “You may have contributed to the negative situation,” says Manzoni. “After all, it’s rare that it’s all the subordinate’s fault just as it’s rare that it’s all the boss’s.” Don’t focus exclusively on what the underperformer needs to do to remedy the situation — think about what changes you can make as well.


Ask others what you might be missing
Before you act, make sure to look at the problem objectively. You might talk to the person’s previous boss or someone who’s worked with him, or conduct a 360 review. When approaching other people, though, do it carefully and confidentially. Manzoni suggests you might say something like: “I’m worried that my frustration may be clouding my judgment. All I can see are the mistakes he’s making. I want to make an honest effort to see what I’m missing.” Look for evidence that might prove your assumptions wrong.

Talk to the underperformer
Once you’ve checked in with others, talk to the employee directly. Explain exactly what you’re observing, how the team’s work is affected, and make clear that you want to help. Manzoni suggests the conversation go something like this: “I’m seeing issues with your performance. I believe that you can do better and I know that I may be contributing to the problem. So how do we get out of this? How do we improve?” It’s important to engage the person in brainstorming solutions. “Ask them to come up with ideas,” says Weintraub. Don’t expect an immediate response though. The person may need time to digest your feedback and come back later with some proposals.

Confirm whether the person is coachable
You can’t coach someone who doesn’t agree that they need help. In the initial conversation — and throughout the intervention — it’s critical that the employee acknowledge the problem. “If someone says, ‘I am who I am’ or implies that they’re not going to change, then you’ve got to make a decision whether you can live with the issue and at what cost,” says Weintraub. On the other hand, if you see a willingness to change and a genuine interest in improving, chances are you can work together to turn things around.

Make a plan
Create a concrete plan for what both you and the employee are going to do differently, agreeing on measurable actions so you can mark progress. You should also ask what resources the employee needs to accomplish those goals. You don’t want her to make promises she can’t meet. Then, give her time. “Everyone needs time to change and maybe learn or acquire new skills,” says Weintraub.

Regularly monitor their progress
It may seem obvious, but unfortunately, many managers fail to follow up. Ask the person to check in with you regularly, or set up a time and date in the future to check progress. It may be helpful to ask the employee if he has someone that he’d like you to enlist in the effort. Weintraub suggests you ask: “Is there anyone you trust who can provide me with feedback about how well you’re doing in making these changes?” Doing this sends a positive message: “It says I want this to work and I want you to feel comfortable; I’m not going to sneak around your back.”


Respect confidentiality
Along the way, it’s important to keep what’s happening confidential — while also letting others know you’re working on the underperformance problem. Manzoni admits that this is a tricky line to tow. Don’t discuss the specific details with others, he says. But you might tell them something like: “Bill and I are working together on his output and lately we’ve had good discussions. I need your help in being as positive and supportive as you can.”

If there isn’t improvement, take action
If things don’t get better, change the tenor of the discussion. “At some point you leave coaching and get into the consequences speech. You might say, ‘Let me be very clear that this is the third time this has happened and since your behavior hasn’t changed, I need to explain the consequences,’” says Weintraub. Disciplinary actions, particularly letting someone go, shouldn’t be taken lightly. “When you fire somebody, it not only affects that person, but also you, the firm, and everybody around you,” says Manzoni.

While it may be painful to fire someone, it may be the best option for your team. “It’s disheartening if you see the person next to you not performing,” says Weintraub. Manzoni elaborates: “The person you’re asking to leave is only one of the stakeholders. The people left behind are the more important ones . . . When people feel the process is fair, they’re willing to accept a negative outcome.”

Praise and reward positive change
Of course if the person makes positive changes, say so. Make clear that you’re noticing the developments and reward him accordingly. “At some point, if the non-performer has improved, be sure to take them off the death spiral. You want a team that can make mistakes and learn from them,” says Weintraub.

Take action as soon as possible­ — the sooner you intervene the better
Consider how you might be contributing to the performance issues
Make a concrete, measurable plan for improvement

Damien Hypolite recently published pictures that compare locations in Assassin's Creed the same locations in the real world. It's crazy how close the game...
Read more

From the heart. Do a good deed once easily. Much more difficult to always remain good, despite the machinations that builds the world around you....
Read more

Ginger has been used in medicine, cooking and manufacturing for centuries. It’s a very versatile plant that can be used in various forms: powdered,...
Read more

Photographer Franco Banfi and a team of scuba divers were following a pod of sperm whales when suddenly the large creatures became motionless and...
Read more

Mishka a Husky is talkative and almost speaks in human voice.The Siberian Husky specialises in saying 'I love you', 'hello', 'I'm hungry' and responding...
Read more

3 Course of Action to Convert Your Anger...

Do you struggle with with releasing anger and forgiving? "Holding on to anger is like grasping a hot coal with the intent of throwing it...
Read more
Load more