11 Most Haunted Cities In The World

The cities featuring in the list will astonish you. Few are the world's best and highly developed cities.

If you've ever been trick-or-treating, you might recall that while some houses dole out the full sized chocolate bars, some doors you knock on are hiding a trick of their own—an adult wanting to quiz you about the meaning of Halloween. In just the same way, some cities 'do' Halloween and some don't. But there's another category—those where the resident dead are unsettled and haunt the streets and buildings all year round, oblivious to the date. Just like that old house on the hill where the crazy woman with all the cats lived—no one ever went trick-or-treating there. 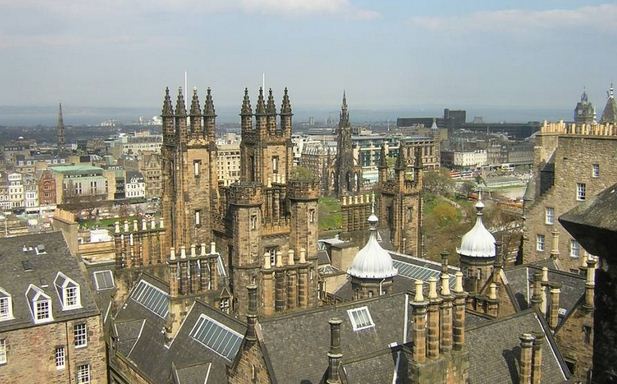 Edinburgh's old town has been around for a long time and seen some strange sights. This is where the story of Dr. Jekyll came from, where Burke and Hare plied their nasty trade in murder, a city used to plague and bloody political intrigue. And that's before you head under the city into the great empty vaults built for storage, and that became the setting for the dismal lives of an underclass now represented in spectral form, or up to the castle, with its own cacophony of ghouls, including a phantom piper, a headless drummer, prisoners come up from the dungeons dressed in the garb of both the Seven Years War and American Revolution, a man in a leather apron, Mary Queen of Scots and a host of ghostly dogs who come from the dog cemetery. The castle was unceremoniously expanded over. 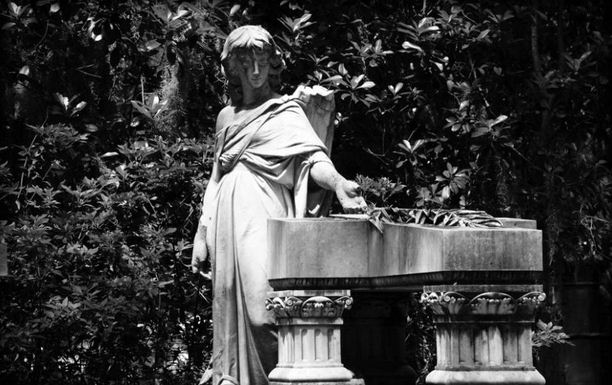 Savannah's welcome is famously warm and succulent, but draw back the curtains of Spanish moss and you come upon the Garden of Good and Evil. The Mercer Williams House and Bonaventure Cemetery, where the events described in 'Midnight in the Garden of Good and Evil' took place are two of the most famous local haunted attractions, rich with voodoo and juju—but that's just one of Savannah's stories of off colour magic and there are many. General James Habersham haunts the Olde Pink House Restaurant, which he built in 1771, and the Marshall House B&B is haunted by yellow fever sufferers and Civil War soldiers who were treated here when this was a hospital. Fort Jackson saw action during both wars and has troops of uniformed ghosts 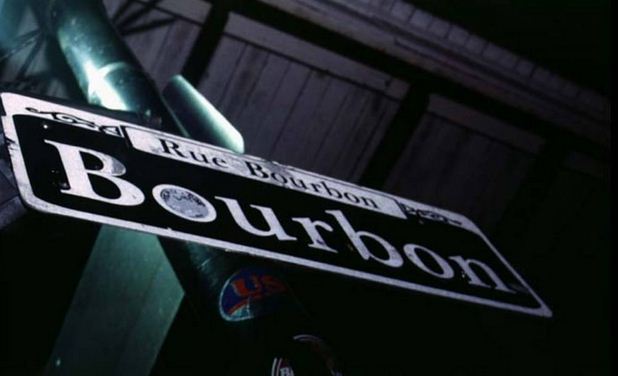 Supposedly, New Orleans has such a hold on folks that even after they die they have a hard time leaving it behind. Some roving souls are probably trapped here by the voodoo curses, some of them are soldiers from the Revolutionary and Civil Wars, trying to find their way home from the makeshift hospitals set up in the old hotels, some of them involved in the pirating that held the south in thrall, and some of them severed from their bodies during Cyclone Katrina. But there's something about the southern humidity that begets cold-blooded murder as well, and New Orleans has some bloody stories to tell.

Jean Lafitte the pirate plotted in the still standing Blacksmith's shop on Bourbon Street, Marie Laveau the Voodoo Queen walks the St. Louis Cemetery wearing a red and white knotted turban mumbling voodoo curses and the poor, tortured ghosts of Madame Lalaurie's slaves, who she was accused of performing terrible cruelties against are still trying to struggle free from their chains in the Lalaurie Mansion. The Hotel Monteleone is said to be haunted by Red the engineer and a mischievous 10-year-old boy who loves to play hide and seek, the late chef Paul Blange has been known to sit down for supper with guests at Brennan's restaurant and Civil War brothers in arms patrol the Griffin House and the Beauregard-Keyes House. And that's just the itinerary for the first night. 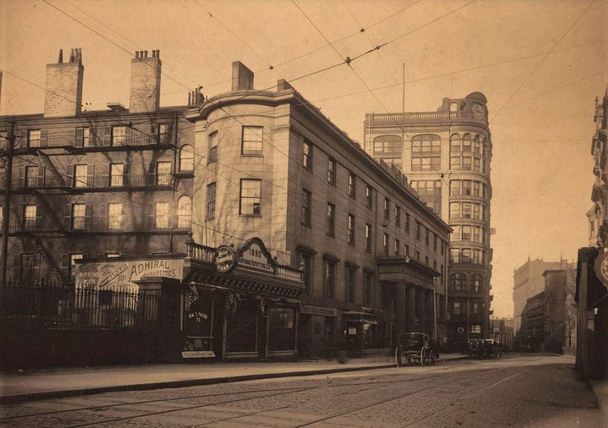 Galveston, Texas lost a quarter of its population in the Great Storm of 1900—supposedly the worst natural disaster in American history. Authorities told everyone that the hurricane would dissipate before it hit land, so hundreds of people went down to the beach to watch it come in. As it crashed into the town, thousands of people took refuge in the Tremont House Hotel, finally ending up on the roof in the wind and the rain, watching the not so lucky as they clung on to anything that could float, including coffins, dislodged from the cemetery by all the water. After the storm, thousands of dead were buried in sea, but the sea spit them right back out again onto the beach and they had to be burnt in huge pyres or else buried under gardens and courtyards. Ghostly children play in the aisles of Galveston's Walmart, distraught ghosts search hotels for their lost family members and the pirate, Jean Lafitte, is said to haunt the bay, but the Strand district is supposed to be spectral central, as this is where the city's oldest buildings are located. 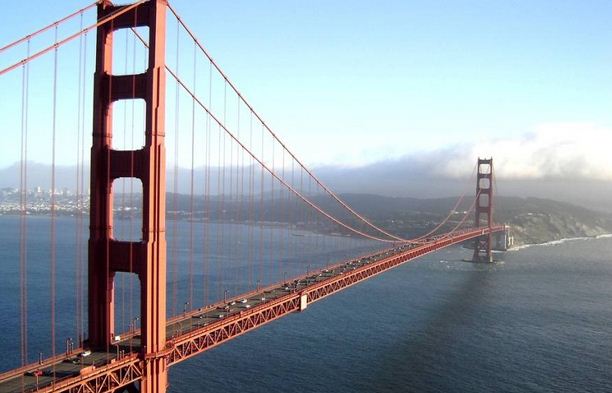 San Francisco had the deadly earthquake and the devastating fires that followed—all those stories about people huddling on roofs pleading with police below to be shot so they wouldn't have to endure being burned. But it's also lost more than a 1000 souls off the Golden Gate Bridge, a ghostly policeman stops people and gives them speeding tickets in the Golden Gate Park and all sorts of eerie sounds can be heard coming from the ever-tortured spirits of Alcatraz.

Read Also: 14 Most Haunted Places In India, Visit At Your Own Risk ! 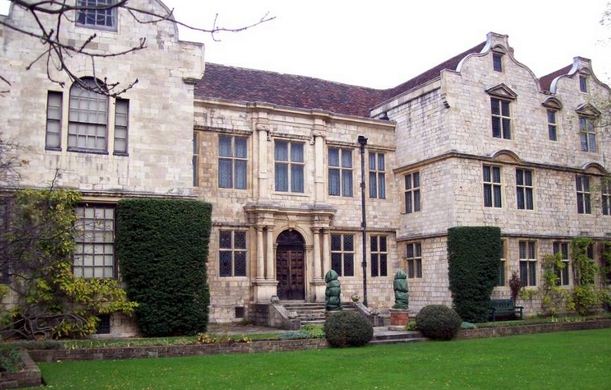 York has 504 officially reported hauntings—which is a high percentage per capita—qualifying it as one of the world's most haunted cities. It's also got some of the oldest ghosts—a troop of lost Roman Legionnaires, who trudge sadly along an ancient Roman road running under York Minster Treasurer's House. York Minster itself is haunted too, by an army man buried abroad who came home to his family in spectral form, and an ardent parishioner by the name of Dean Gale, who doesn't let death stop him from attending services. 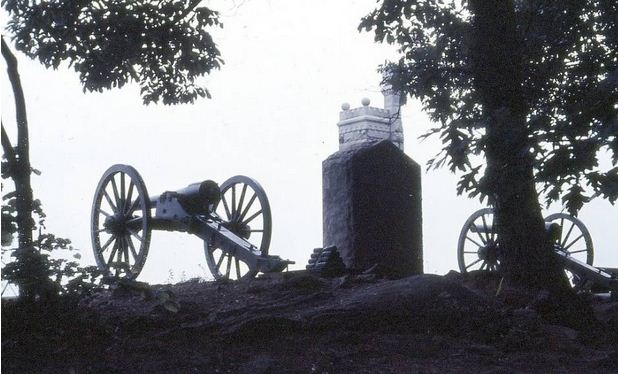 If sheer numbers of potential ghosts has anything to do with how haunted a place is then Gettysburg has the remains of two armies worth of men, who during their lives experienced some of the world's bloodiest and most frightening fighting. Residents and susceptible visitors have reported seeing battle weary soldiers wandering the streets and crossing a landscape as scared by the gore of the war as the dead. Sachs Bridge, used as a field hospital by both sides and the scene of deserter hangings, and Pennsylvania College Campus, which served as a morgue during the battle, are two particularly active sites for paranormal gatherings, and while most of the action centres around the battlefields, many of the old buildings—now hosting B&Bs—were used as hospitals so you can stay somewhere haunted as well. 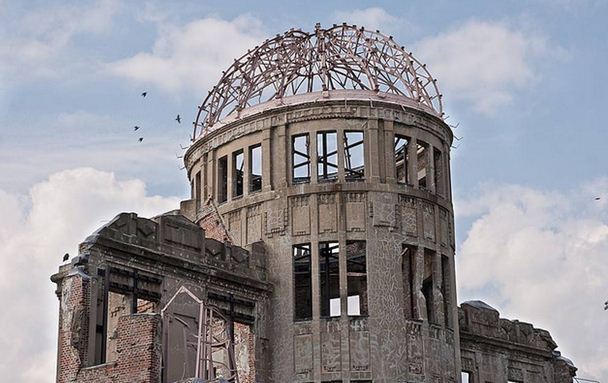 There's probably been no greater act of war than the one that happened at Hiroshima, so if you believe that ghosts are innocents done wrong or people killed in a violent or sudden way as many Japanese do, then this city must be full of lost souls. In Japan, ghosts are called yūrei, and they're the faint residue of the souls of the living, trapped near the spot where they die. The Peace Memorial Museum in the park is a quiet and reflective place, though some people claim to hear echoes of the moans and cries of those killed and wounded in the blast calling out for help. 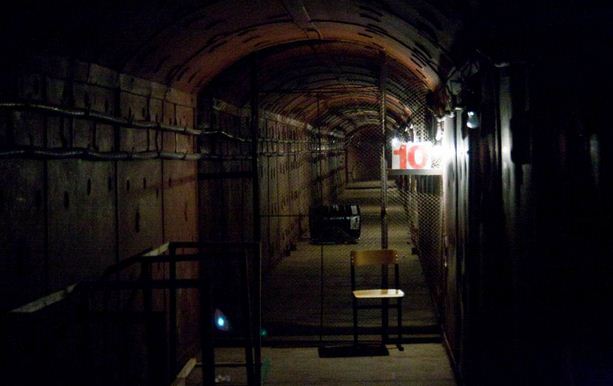 Underneath Moscow's newly buffed streets is an underground maze of old bunkers which date from Ivan the Terrible's age and have been used to hold and torture citizens ever since. 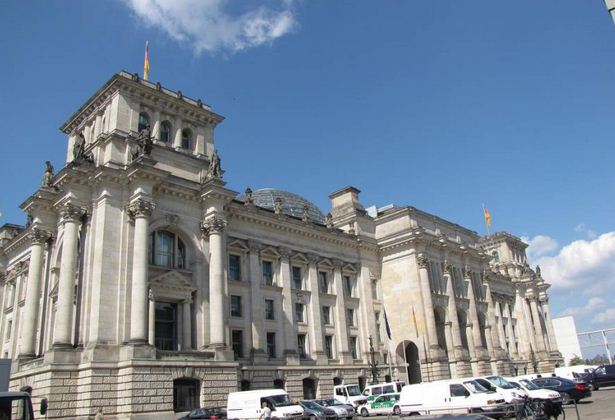 The Berlin Wall, Checkpoint Charlie, Hitler's Bunker and Museum Sachsenhausen—on the site of one of the most notorious Nazi death camps and presenting hundreds of personal accounts giving an idea of what people went through on this spot—are places potentially layered with spectral history. And the Berlin Jewish Museum and Berlin Holocaust Memorial hold the stories of many ghosts. Whether it was Salem's witches that warranted the trials or the trials themselves that were the darkest force to hit Salem, this town has a history of living under threat, of the noose, the bonfire or the evil eye.

Gallows Hill is considered home for ghosts of both the 19 convicted and hanged witches and many other accused witches who had their lives destroyed by the trials, including four who died in prison and Giles Corey, who was pressed to death with stones because he refused to recognise the court's right to try him as a witch. But there are many other buildings with resident and unquiet spirits—there have been many sightings around the spot where the old Courthouse stood, where the trials actually took place, and in the Salem Cemetery, which still marks out the resting places of all the bodies. The Jonathan Corwin House—the home of Judge Jonathan Corwin, the witch trials investigator—is the only building in town with direct ties to the trials in 1692, and is thought by many to be haunted by several pained souls as retribution to him.

If you want to stay in a 'haunted house' there are no problems finding one here. The Amelia Payson House, the Henry Derby House and the Coach House Inn are all supposed to be haunted yet have no trouble welcoming brave guests.