Android KitKat 4.4- Eventual upgrade for everyone

Gmail is an excellent mail client, but one feature that has always felt missing was a simple sorting ability to view only the unread...
Read more
Tech

The new version of Android is finally here, and its biggest feature is a new stage for an old favorite. Google Now is getting more limelight than ever, and that's fantastic. But even better, even folks with older handsets will (theoretically) be able to get in on the fun. 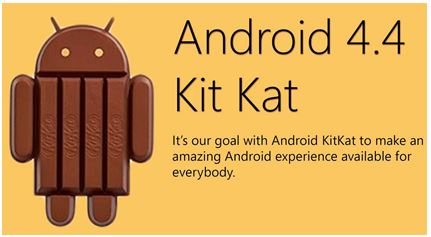 With the update to 4.4, the ability to jump to Google Now by saying "OK Google" comes to vanilla Android, though only for the Nexus 5 right now. Google Now is also making an appearance as an actual page on the homescreen, through the addition of a new Nexus 5 launcher. It's unclear how much of this will come to other phones but hopefully all the parts will that don't require specialized hardware. (Update: Yup the "OK Google" is only for the Nexus 5, in part because you need chip-level hardware to support it. But expect that to be a feature in a lot more Android phones to come, definitely any that are repping a Snapdragon 800.)

Google partnered with South Korean consumer electronics giant LG to make the Nexus 5 smartphone to showcase the prowess of KitKat.

The Nexus 5 was available for purchase in 10 countries through Google's online Play shop, priced at $349 for a 16-gigabyte model and $399 for a version with 32 gigabytes of memory.

And it's not just the same Google Now you've had all year; Google says the prescient service is about to get some updates for even more new cards that will try to guess what you want before you're even thinking it. That'll sure be handy for when that smartwatch comes out, eh?

KitKat improves the smartphone user interface with richer and more immersive graphics while tapping into Google data centers for features such as anticipating what smartphone users wants to see before being asked.

For example, a KitKat-powered smartphone can recognize when you are near a movie theater and automatically pop up film times.

There are also a couple of app updates. We heard what was coming for Hangouts a few days ago, and surprise surprise, the new version of that app with its SMS capabilities built in will be arriving with 4.4. The voice calling stuff that Hangouts has on iOS is still MIA though. And then there are some other, tinier modifications as well. The phone app now auto-prioritizes the people you talk to most, and caller ID will Google a number and match it up with Google Business listings if it's not already in your address book. Rad!

And while KitKat is launching with the Nexus 5, and shortly rolling out to other Nexus and Google Play Edition devices, folks with older handsets have stuff to get excited about too. This is the boring, but important crux of the KitKat upgrade: with a wealth of under-the-hood improvements, KitKat is actually reducing the toll the OS takes on a phone's guts. Thanks to a reduction in KitKat's footprint it can run "comfortably" on devices with as low as 512MB of RAM, so KitKat won't just be for the high-grade device elite once it starts trickling down through carriers. Maybe we can finally get some Android unity, though that's the promise every time around. This time there's no real technical reason it shouldn't happen though as long as carriers and their skins don't ruin everything for everyone.

Android 4.4, KitKat, which comes on Nexus 5, will also soon be available on Nexus 4, 7, 10, the Samsung Galaxy S4 and HTC One Google Play edition devices in the coming weeks, and hopefully everyone else in the not-to-distant future.

Google is both a rival and an ally to Android smartphone makers.

While Google has worked with partners to make Nexus brand smartphones for several years, its acquisition of Motorola Mobility last year has made it a competitor in handset hardware.

Leading Android smartphone maker Samsung this week held its first developers conference to encourage creation of apps for its devices, particularly those powered by the South Korean consumer electronics giant's own Tizen software.

Samsung is very much at odds with Google. Samsung is only going to continue to win if they control their own destiny. If they have to rely on Google their future is limited.

Google, Apple and Microsoft each control smartphone hardware and software to lure fans with mobile device "ecosystems" and Samsung likely intends to follow suit, according to the analyst.

"Samsung will be in a tough place if they don't end up controlling the operating system themselves," Bajarin said. "Right now, they are beholden to Google."

You can read a totally exhaustive list of updates in 4.4 KitKat here.

We Found Some Creative Cakes inspired from books. Every book lover will sure love this amazing art. Just speechless & awesome. i like book...
Read more

Helen Fisher: Why we love, why we cheat

Anthropologist Helen Fisher takes on a tricky topic -- love - and explains its evolution, its biochemical foundations and its social importance. She closes...
Read more

Majorly recognized on her badminton front, Jwala Gutta managed to widen her arena by venturing the Tollywood with her debut flick Gunde Jaari Gallanthayyinde....
Read more

Since the time when Annie Mascarene was elected first woman independent candidate from the Thiruvananthapuram Lok Sabha constituency in the 1951...
Read more

There is no winter fashion for the girls in japan, short skirts at school in all the seasons. The weird fashion called kogal. Kogals...
Read more

20 Amazing Shocking Facts Of India That Most...

India is the most amazing country of the World. There are lot of mind blowing facts about India which are not yet popular and...
Read more
Load more