Aqueduct Veluwemeer Netherlands – This Underwater Underpass Is More Than Awesome

Veluwemeer or Lake Veluwe (Dutch: Het Veluwemeer) is a bordering lake in the Netherlands, between the provinces of Flevoland on the west side and Gelderland on the east side. It is a narrow lake that stretches from south-west to north-east. South of Harderwijk the lake becomes het Wolderwijd and North of Elburg het Drontermeer.

The Aqueduct Veluwemeer however is a navigable aqueduct over the N302 road near Harderwijk, in eastern Netherlands. It is located under a small part of the lake Veluwemeer and at the same time connects the mainland Netherlands to Flevoland, which happens to be the largest artificial island in the world. The aqueduct, which was opened to traffic in 2002, is 25 meters long and 19 meters wide and has a water depth of 3 meters that allow small boats to pass through. Underneath, around 28 000 vehicles passes every day. Footpaths are built on either side of the aqueduct for public that wants to enjoy the view. 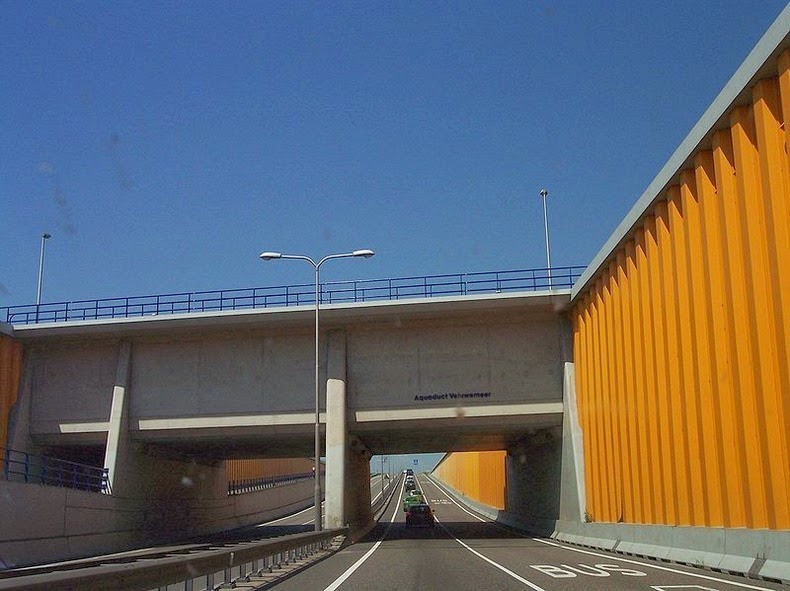 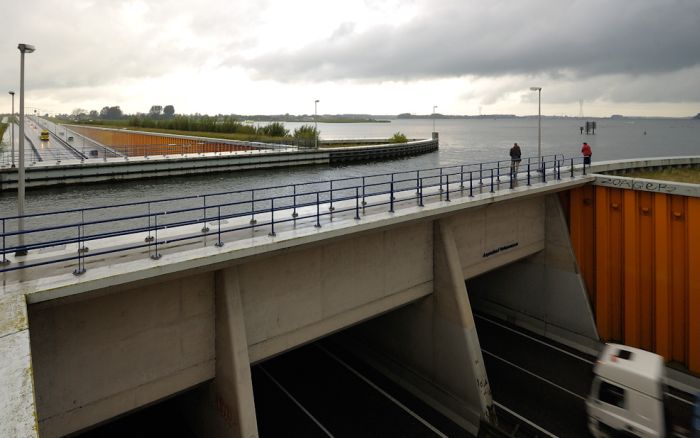 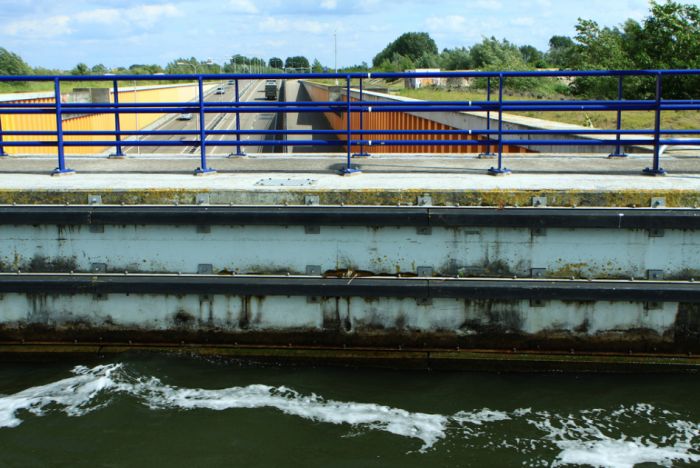 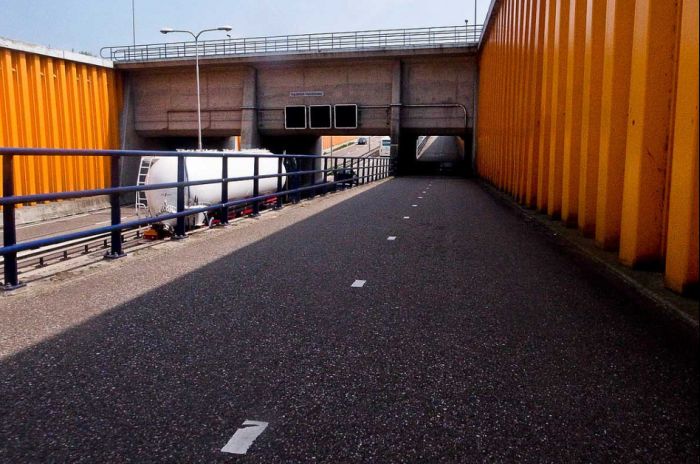 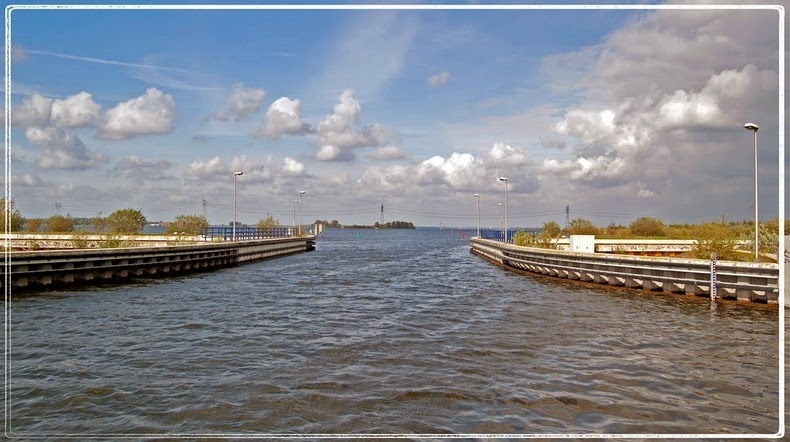 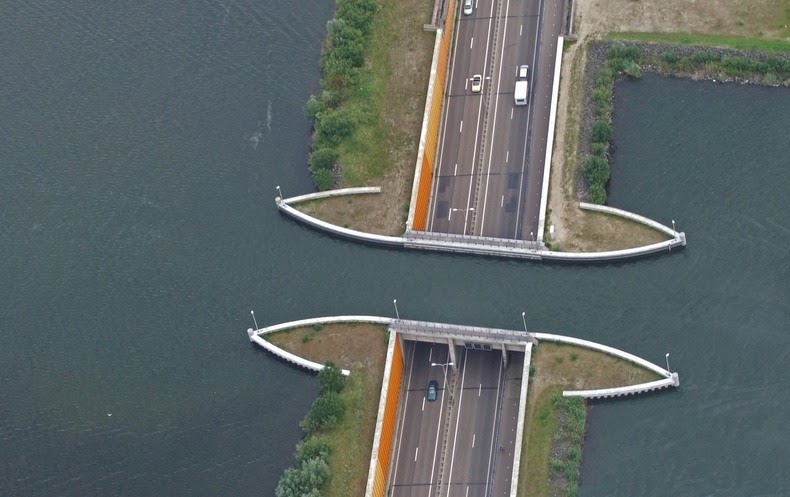 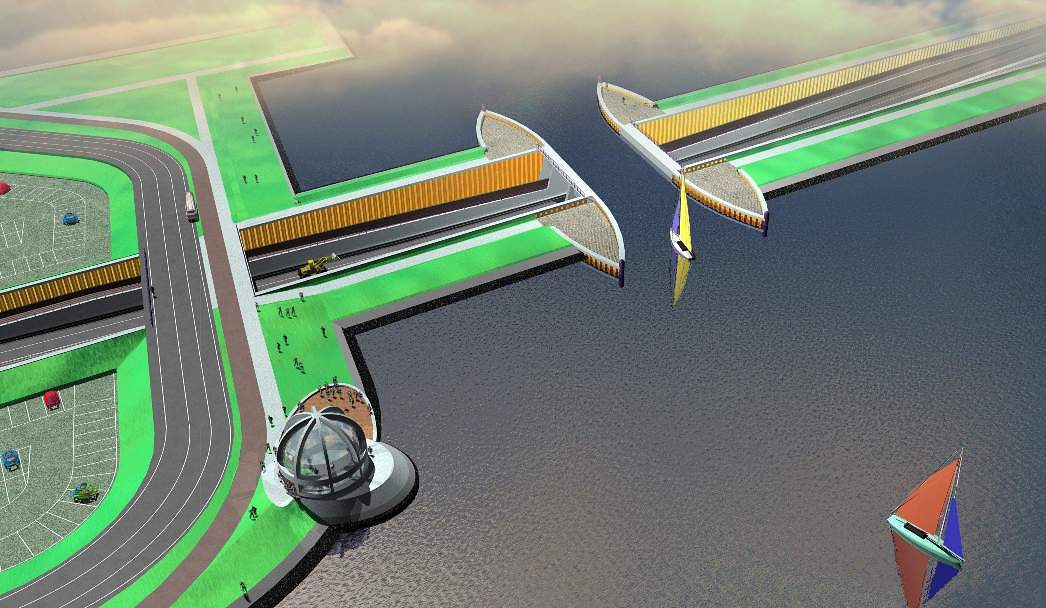 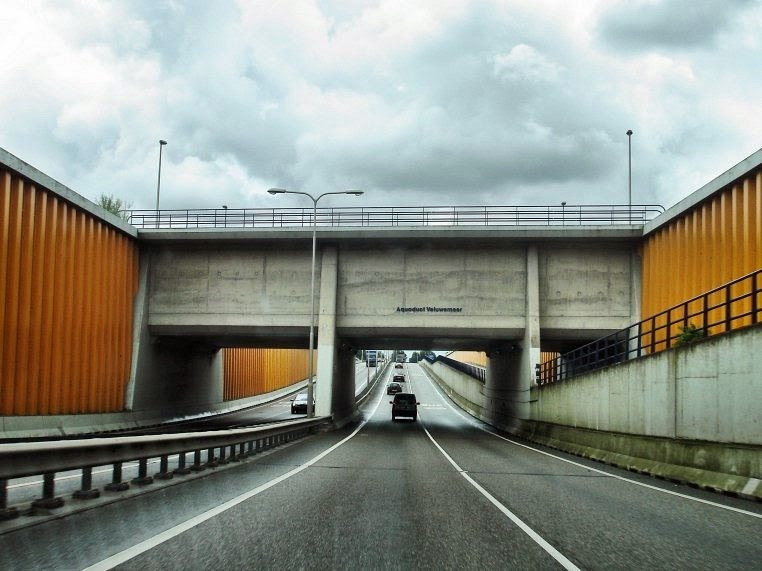