The Paris Attack: What Charlie Hebdo published would be an offence as per section 295A of the Indian Penal Code

I have repeatedly said that all religions should be respected. Said Justice Markandey Katju The French magazine Charlie Hebdo published cartoons of Prophet Mohammed...
Read more

Since Charlie Hebdo lost eight staff members in a terrorist attack last week, millions of people have declared their support to the French satirical magazine with the slogan “Je Suis Charlie.”

Now the often-caustic publication, faced with the challenge of reconciling its new status as a cause célèbre with its reflex to mock, ridicule and offend, is putting a caricature of the Prophet Muhammad on the cover of what is likely to be their most-read issue ever.

Distributors said Monday they were preparing to print as many as three million copies of Wednesday’s issue, 50 times the normal circulation. That is raising pressure on a small outlet known for skewering all forms of authority—including some that have rushed to its defense.

Last week’s attack has turned Charlie Hebdo into an emblem for freedom of expression. Millions of people took to the streets on Sunday across France, chanting the magazine’s name. Production of the issue itself has become a media event, with other journalists gathering at the offices of left-wing daily Libération, which has hosted Charlie Hebdo since the attack.

“It’s been extremely moving—and also hypocritical,” said Laurent Léger, a reporter for the magazine who survived the shooting. “All of a sudden, we are supported by the entire world. Whereas for years we were completely alone.”

Charlie Hebdo isn’t pulling any punches. The caricature of Muhammad on the cover is the same transgression that one of the alleged assailants in last week’s attack said had motivated the killings. This time he is carrying a sign saying “Je Suis Charlie” under the headline “All is forgiven.” 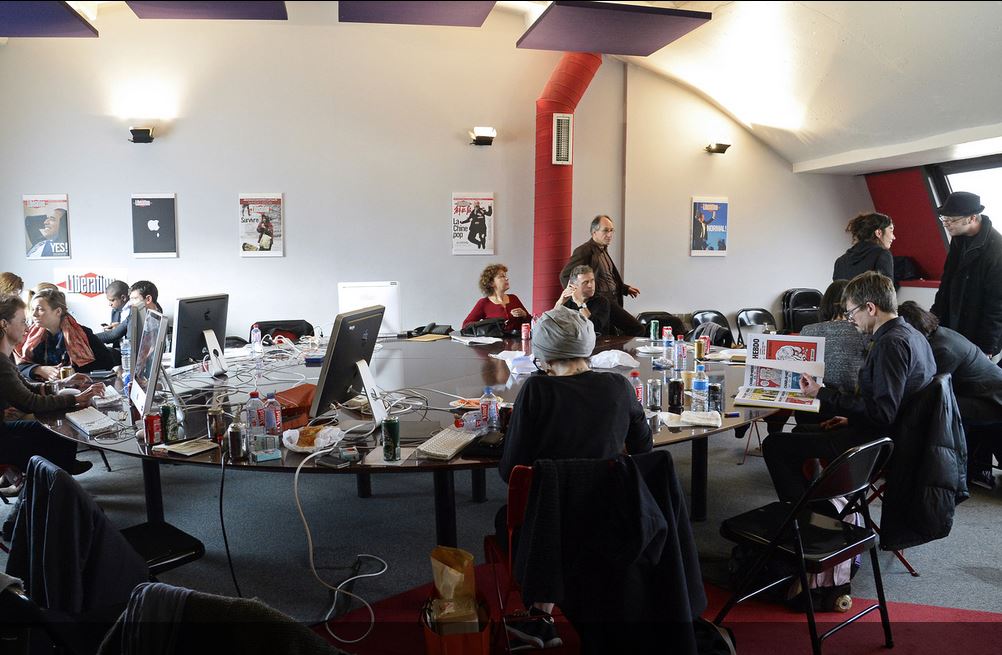 “People used to say ‘they go too far’ or ‘it’s bad taste,’ ” said Yan Lindingre, a cartoonist who heads humor monthly Fluide Glaciale. “Charlie Hebdo must continue to be what they were.”

The upcoming ‘survivors’ edition of Charlie Hebdo will have a cartoon on the cover of the Prophet Muhammad holding up a "Je suis Charlie" sign under the headline ‘All is forgiven.’ ENLARGE

The upcoming ‘survivors’ edition of Charlie Hebdo will have a cartoon on the cover of the Prophet Muhammad holding up a "Je suis Charlie" sign under the headline ‘All is forgiven.’

Another target for this week’s issue is likely to be Sunday’s solidarity march in France, surviving staff members said. The massive rally became a magnet for French and international political figures that have been a mainstay in Charlie Hebdo’s pages. Attendees included dignitaries from Turkey, Egypt, and Russia, countries that it has criticized for curbing free speech.

“All those dictators at a march celebrating liberty,” Mr. Léger said. “We of course are going to continue the mockery. We’ll see if it makes them jump.”

‘We’ve spent our time—20 years for us, 40 years for some—combating symbols […] And all of a sudden, we’re the symbol.’
—Charlie Hebdo cartoonist Rénald Luzier

Support has poured in to help the small newspaper survive. Le Monde has offered computers and La Poste, France’s government-owned postal service, has pledged the magazine a year of free delivery. Distributors are waiving their fees on distribution of the first million copies of Wednesday’s issue, to allow almost all the €3 ($3.50) cover price in France to go to the magazine and victims’ families.

On Sunday, state-owned France Télévisions aired a 3½ hour concert in support of Charlie Hebdo on channel France 2. The newspaper earlier this year ran a cover illustration that derided the broadcaster’s coverage of the Winter Olympics.

“We’ve spent our time—20 years for us, 40 years for some—combating symbols,” cartoonist Rénald Luzier, known as Luz, said Monday on radio station France Inter. “And all of a sudden, we’re the symbol.”

“Charb!” one gunman demanded, as he stood at the door of the narrow conference room, using the nom de plume of editorial director Stéphane Charbonnier. Then, with just over a dozen people crammed around the rectangular meeting table, strewn with some newspapers and notes, the man opened fire, Mr. Léger recalled. Few who were present survived. 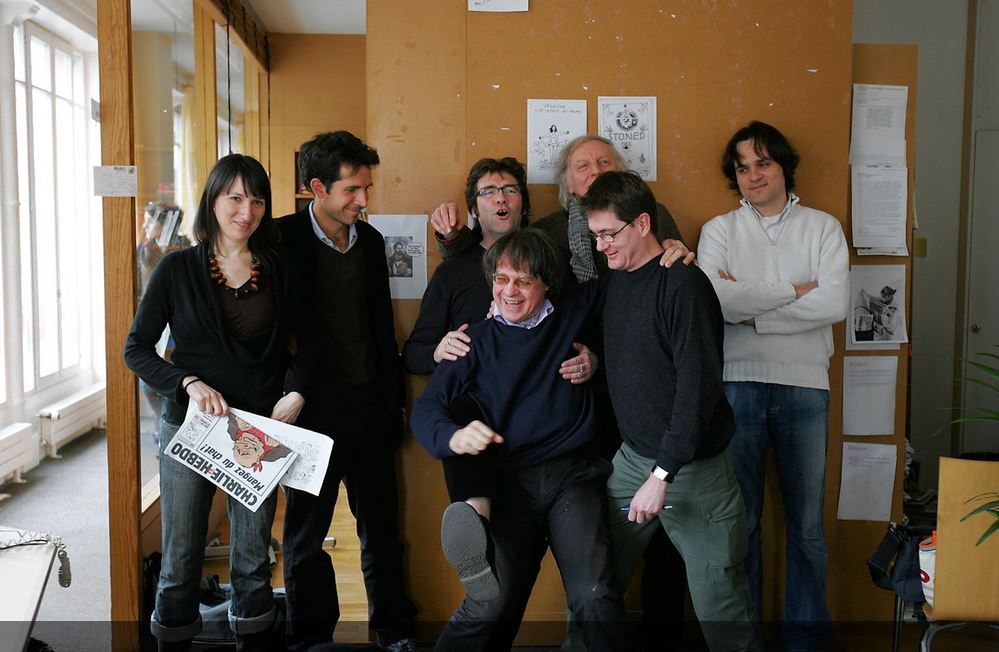 On their first day back on the job Friday, the 15 to 20 remaining editorial contributors scarcely had time to work. Prime Minister Manuel Valls showed up, along with French Culture Minister Fleur Pellerin, to offer encouragement. Family members of those who died stopped by as well for tearful exchanges.

“We would work a little. Then stop, and cry. Then work again,” Mr. Léger said. “But we also managed to laugh. There were some very funny drawings.”

In editorial meetings, cartoonists and journalists debated what they should include in the coming issue. They toyed with running memorials for their fallen friends, but the idea was quickly rejected in favor of a “normal” newspaper.

Some colleagues had initially pushed to print only an abridged eight-page issue. They were short-staffed, after all. But staffers decided they had enough material to run at full length. Charlie Hebdo will feature 16 pages on Wednesday, Mr. Léger said.

In intervening days, the newspaper has come together, and staffers say it will make people laugh.

French President François Hollande himself provided material when he met Charlie Hebdo survivors during Sunday’s rally. Just before Mr. Hollande hugged contributor Patrick Pelloux in an emotional embrace on live television, a pigeon defecated on the president’s shoulder. The rest of the Charlie Hebdo team burst into laughter.

“He can come to our office any time he wants,” Mr. Luzier said of Mr. Hollande. “The pigeon can come too. It was the most beautiful joke.”

Neem Tree has been described in Ayurveda’s prime text, the Charaka Samhita, as sarva roga nivarini (that which keeps all diseases at bay) or...
Read more

Indian taxi landscape has completely been changed (I believe for the better) by two poster boys: Uber, the world's most valuable young company (using...
Read more

Photographer Franco Banfi and a team of scuba divers were following a pod of sperm whales when suddenly the large creatures became motionless and...
Read more

An Inside Tour of the Largest Operating Aircraft...

The World's Largest Cargo Plane Antonov AN-225 Can Swallow a Boeing - 737 Whole! Anyone who’s seen an Airbus A380 knows how ridiculously large it...
Read more