The beautiful 16th century Veerabhadra temple, also known as Lepakshi temple, is located in the small historical village of Lepakshi in the Anantapur District of Andhra Pradesh, India, about 15 km east of Hindupur and approximately 120 km north of Bangalore. Built in the typical style of Vijayanagara architecture, the temple features many exquisite sculptures of god, goddesses, dancers and musicians, and hundreds of paintings all over the walls, columns and ceiling depicting stories from the epics of the Mahabharata, the Ramayana, and the Puranas. 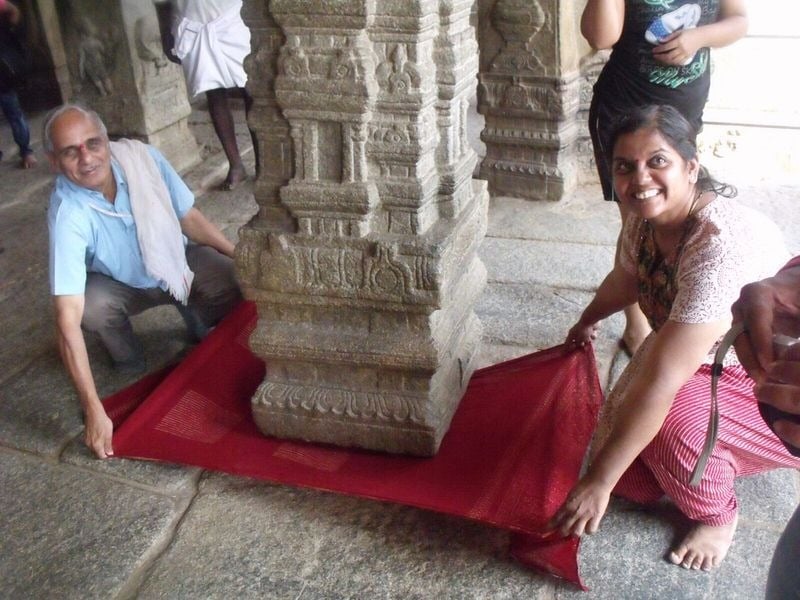 This includes a 24 feet by 14 feet fresco of Veerabhadra, the fiery god created by Shiva, on the ceiling, which is the largest fresco of any single figure in India. At the front of the temple is a large Nandi (bull), the mount of Shiva, which is carved from a single block of stone, and is said to be one of the largest of its type in the world. 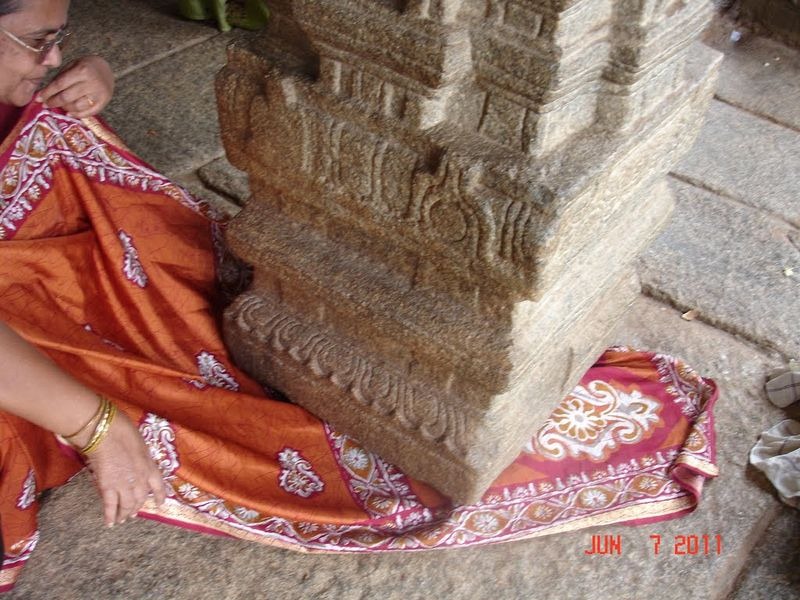 
Veerabhadra temple is famed for another engineering wonder. Among the 70 stone pillars, there is one that hangs from the ceiling. The base of the pillar barely touches the ground and is possible to pass objects such as a thin sheet of paper or a piece of cloth from one side to the other. It is said that the pillar is a bit dislodged from its original position when a British engineer tried to move it in an unsuccessful attempt to uncover the secret of its support. 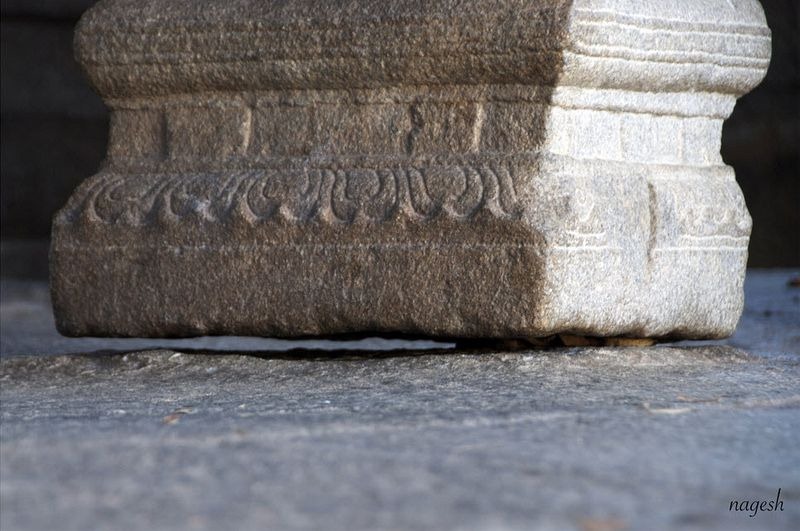 Veerabhadra temple was built by the brothers Viranna and Virupanna, who were Governors under the Vijayanagar Empire during the reign of King Achutaraya. 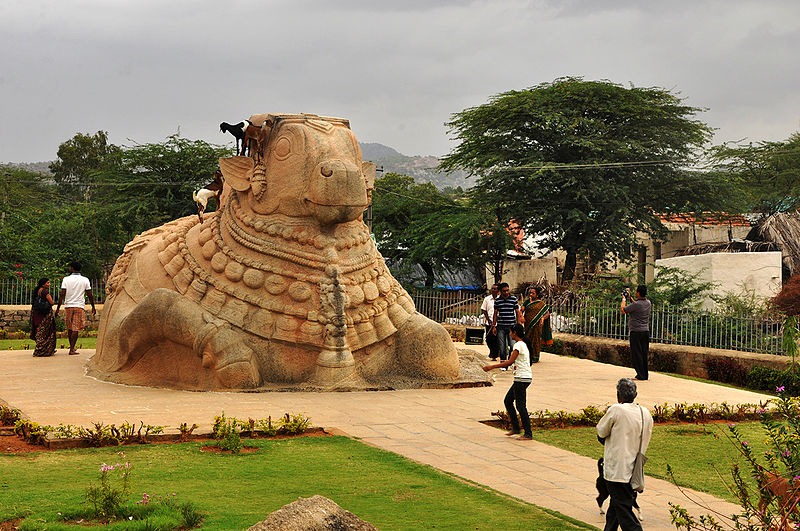 The village Lepakshi holds a significant place in the great Indian epic Ramayana. Legend has it that the bird Jatayu, wounded by the king of Lanka, Ravana, fell here after a futile battle against the king who was carrying away Sita, the wife of Rama, the king of Ayodhya. When Rama reached the spot, he saw the bird and said compassionately to him, “Le Pakshi” — meaning “Arise, bird” in Telegu. 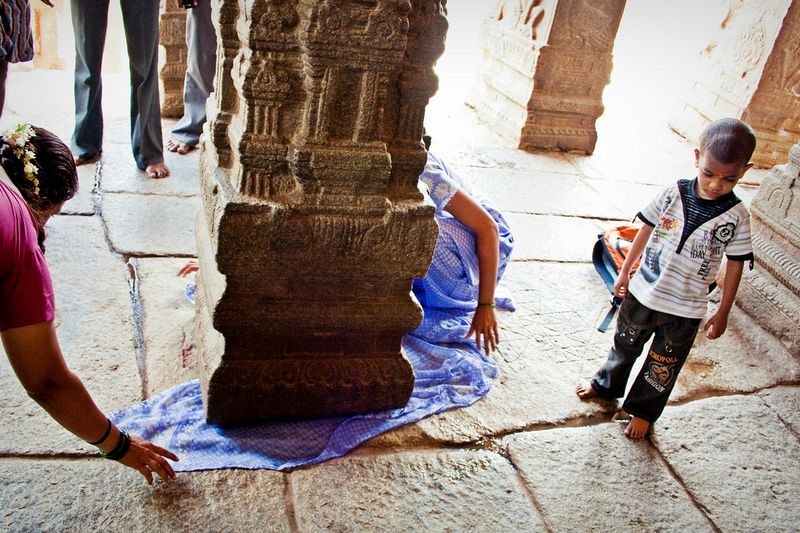 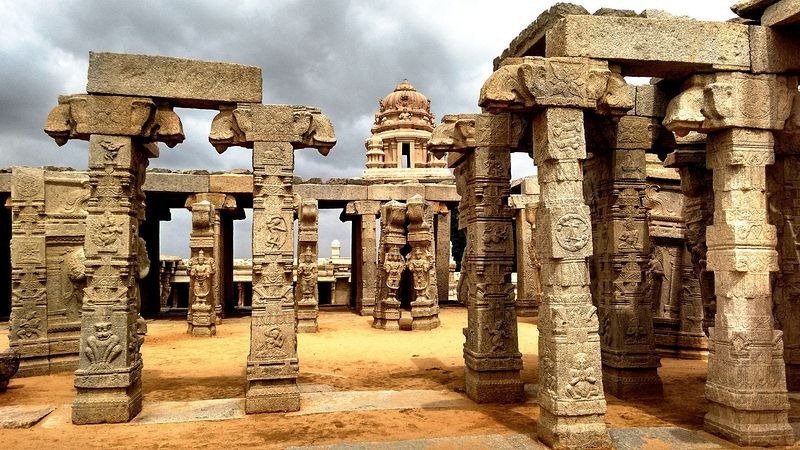