If you’re looking for the better results from your fitness routine, you need to learn how to snack healthier and exercise harder. No matter...
Read more
Health

The liver is the body’s main fat-digesting and detoxification organ. Every molecule of fat that you eat must pass through your liver, but if...
Read more

Usually at some point in the day (and for some of us, multiple points) many of us find ourselves wishing we could abandon our responsibilities to return back to our beds to live out the rest of the day under a quiet refuge of blankets. Despite the guilt of chronic laziness, a day in bed sounds pretty darn relaxing—if only we could financially support ourselves by doing so.

Turns out, NASA might have the answer we’re all looking for—although it might require a little more relaxation than originally imagined. NASA is currently looking for volunteers to participate in their “Bed Rest Studies”, in which participants will have to spend 70 straight days in bed, receiving $18,000 for the period of aggressive bodily atrophy. Participants are allowed to read books, Skype, play games, as well as use their phones and computers throughout the duration of the study. Pretty much anything is fair game, so long as you remain in bed, earning a cool $1,200 per week. 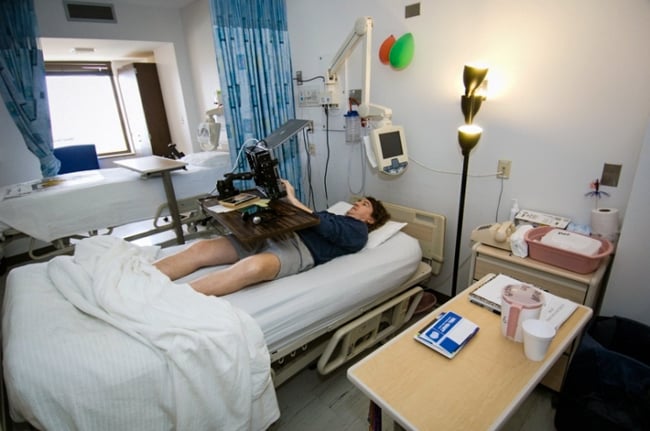 So what are the exact purposes of these studies?

he experiments are designed to find ways of preserving astronauts’ health and safety during periods of extended space travel. “Head down” bed rest is a good way of simulating travel through zero gravity space. Think about it, zero gravity means zero weight or strain on your muscles. It’s a more accessible way of analyzing the bodily changes that occur during space travel.

This study is designed to achieve three core tasks:

1) Understanding how one’s changing physiology in space may affect the process of certain missions.

2) Understanding the impact of one’s physiological state on their ability to perform in particular tasks.

3) Preparing countermeasures to combat any impairment that these physiological conditions may impose.

The entire duration of the study actually lasts between 97 and 105 days, depending on whether you’re a non-exercising or an exercising subject, respectively. 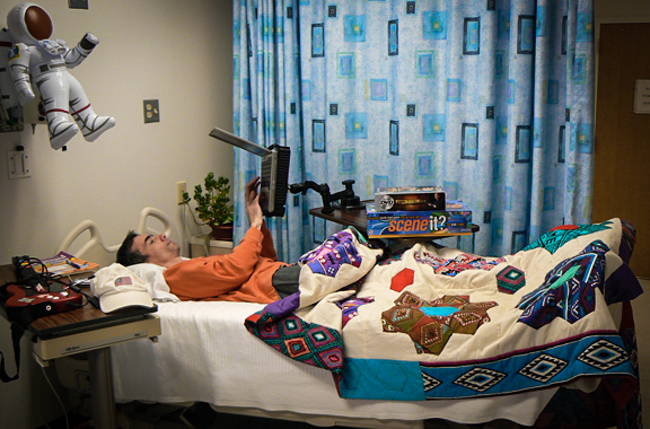 For the first 13 days for non-exercising subjects and 21 days for exercising subjects, you’re able to move freely (in and out of bed) within the bed rest facility. However, after this period you will be prohibited from leaving the bed for the next 70 days, aside from a few specified tests, where you must lay with your head back and feet up. Throughout the entire duration of the study, you will be subject to bone, muscle and heart tests, as well as tests of your circulatory and nervous systems, your nutritional condition, and your body’s capacity to fight off infections.

So is it worth it?

Although spending two months in bed would realistically be excruciating, at least you can rest easily knowing you’re making the sacrifice of grueling laziness for the purpose of furthering human space exploration. This is the only time you could claim to have helped send the first astronauts to Mars by doing absolutely nothing but sitting on your ass.

Gionee has rolled out a TVC for its ELife S5.1. Conceptualised by AndAnd, the film tries toGionee positions its ELife S5.1 as the sexiest...
Read more

Are You Smarter Than A Homeschooler?

Think you know stuff? Homeschoolers learn more in shorter amounts of time. See if you can keep up! Click Me For More Such Quizzes
Read more

12 Interesting Photos Of Fashion Trends Around The...

Over the course of the last 20 years, Dutch photographer Hans Eijkelboom has been lurking and shooting along the world's busiest streets, documenting fashion...
Read more

10 Most Disturbing, Mystifying & Vintage Images of...

Part of the American entertainment that is now considered inhuman and detestable were the circus sideshows that exploited the disabled for the sake of...
Read more
Load more