Did you go to the cinema to watch The Shawshank Redemption, back in 1994? If so, picture that moment being the moment Andy Dufresne arrived at the fictional state lock up. He will have been tunnelling every day, from then until now, to get out. As Red tells us: "I remember thinking it would take a man six hundred years to tunnel through the wall with it. Old Andy did it in less than twenty."

Twenty years. Now, that's commitment. Fortunately we're not expecting 20 years of commitment from you. We're barely asking for five minutes to read our tribute to, quite simply, one of the greatest movies ever made. Consider it a fact for every year Andy was inside. You owe him that much… 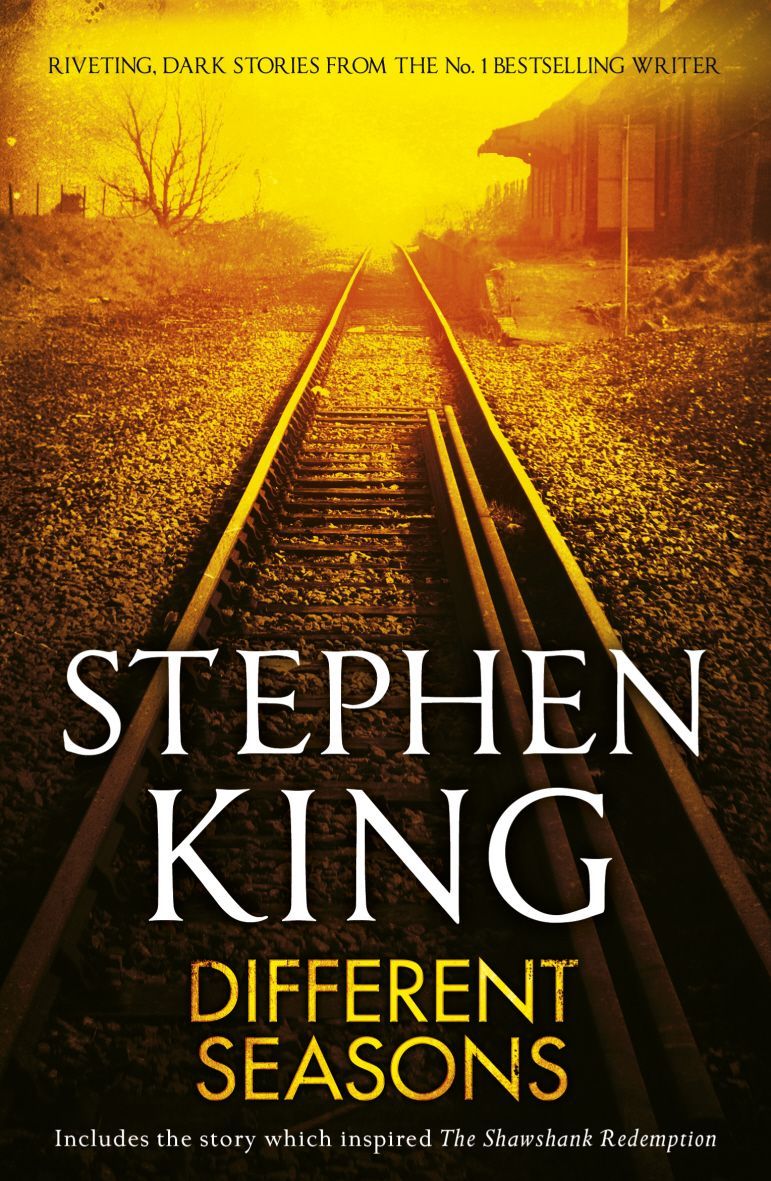 The movie is based on the Stephen King novella Rita Hayworth And The Shawshank Redemption which was part of King's collection of 4 novellas entitled Different Seasons.  Three of the four were turned into Hollywood films including Apt Pupil, The Body (the celluloid version of which was called Stand By Me) and, of course Shawshank. Stephen King has said that his original novella was a culmination of all the memories he had from watching prison movies when he was a child. 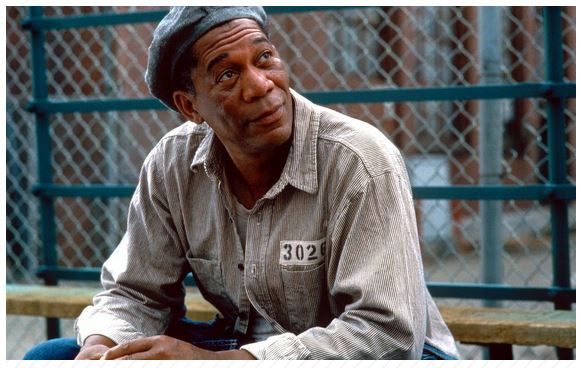 In Rita Hayworth And The Shawshank Redemption, Red is a ginger-haired, Irishman. Harrison Ford, Clint Eastwood and Paul Newman were all considered for the role that eventually went to Morgan Freeman. Darabont alluded to the casting choice by having Red jokingly reply to Andy’s inquiry about his nickname with the line, “Maybe it’s because I’m Irish.” 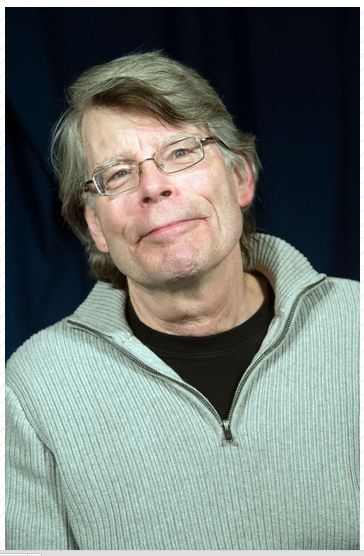 Stephen King never cashed the $5,000 cheque that he received after selling the movie rights. An article in the Wall Street Journal, featuring interviews with Darabont and Bob Gunton, who played the notorious warden, revealed that King didn't ever take his payment. Instead, years after the movie came out, the author framed the cheque and sent it back to Darabont with a note that read: "In case you ever need bail money. Love, Steve." 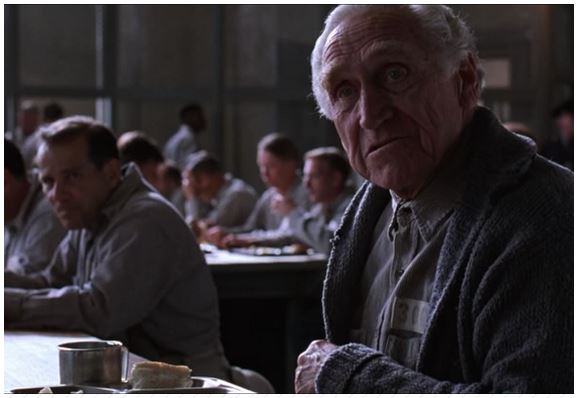 The American Humane Association insisted that any maggots fed to Brooks's crow, Jake, had died from natural causes. The production crew had to find one that had presumably died peacefully in its sleep, to be able to complete this scene.

The role of Tommy Williams which was played by Gill Bellows was intended for Brad Pitt, who instead plumped for his role in Interview with the Vampire instead, in the same year. 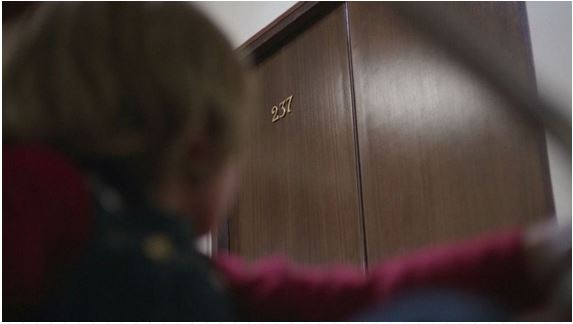 After Andy has escaped, the warden wants them to question Red. When they call to open Red's cell they shout, "Open 237!" This is the same number as the room in The Shining (pictured) and the amount of change ($2.37) the four boys in Stand By Me collect between them. The number is a Stephen King trademark. The movie was given 151 hours of airtime on US channels in 2013 alone. That calculates out as (*grabs calculator*) more than six days’ worth of solid Shawshank. 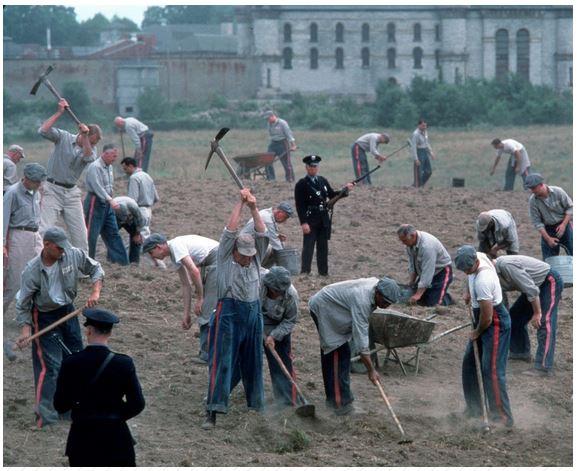 Although set in Maine, the success of the movie helped boost the fortunes of Mansfield, Ashland and Upper Sandusky, Ohio, three towns that share 13 sites used as locations. Tourism has increased every year since Shawshank had its premiere and, according to the Mansfield/Richland County Convention and Visitors Bureau, the movie brought in more than 18,000 visitors, and produced an estimated $3 million boost to the local economy in 2013. 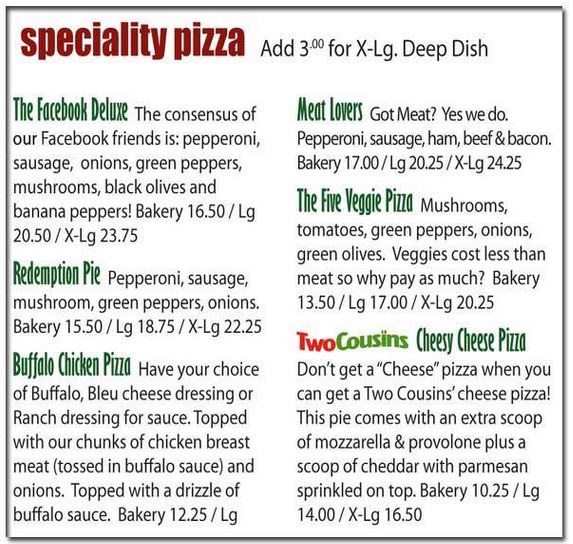 There's now a Shawshank Trail for tourists, and local businesses are right on the bandwagon. In that part of Ohio you can pick yourself up some Reformatory "Red" Wines, Shawshank Bundt Cakes and the local Two Cousins’ Pizza sells Redemption pie (pictured). Tim Robbins initially refused to immerse himself in the muddy water of Andy's escape tunnel after a chemist tested the water and dubbed it "lethal". In the end, he dived in and got it done. 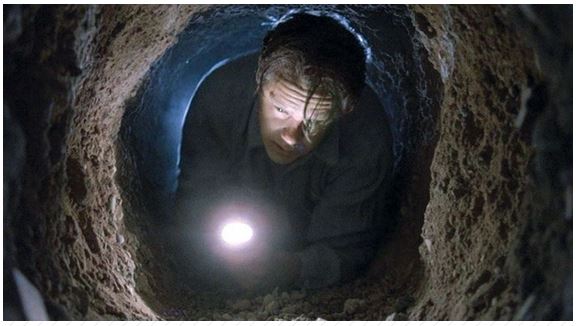 The water wasn't great, but actually what he was crawling through was a mix of sawdust, chocolate syrup and water. Quit moaning, then, Robbins.

Some fans who visit the site say they can still smell chocolate. 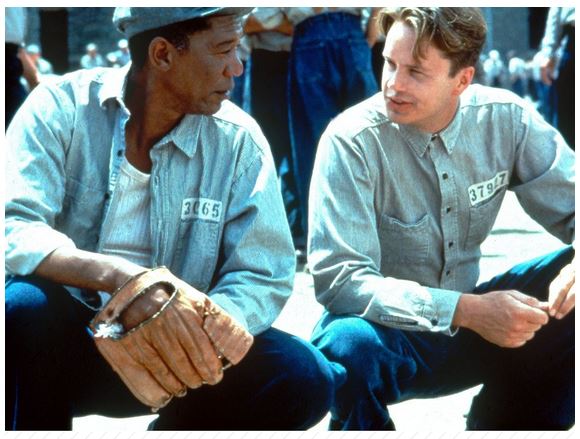 Andy and Red's opening chat in the prison yard – in which Red is pitching a baseball – took 9 hours to shoot. Freeman showed up for work the next day with his arm in a sling. 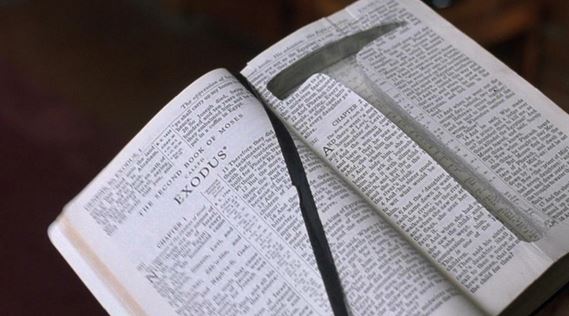 In Finland, the movie was called Rita Hayworth—The Key To Escape, in Israel it was Walls Of Hope, in Taiwan it was called 1995: Fantastic (nope, no idea either) and in Italy the movie was Le Ali Della Libertà, which means "The Wings of Freedom".

Tom Hanks, Kevin Costner, Tom Cruise, Nicolas Cage, Johnny Depp and Charlie Sheen were all considered for the part of Andy Dufresne. Hanks turned it down because he was committed to Forrest Gump. Costner liked the script a lot but went for (*gulp*)Waterworld instead. 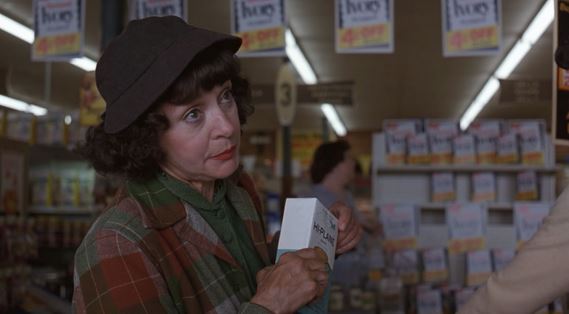 Only two women have speaking roles in the film. One is the customer who complains about Brooks' service at the grocery store insisting: "make sure your man double bags" to Brooks's boss. Who's the other?

We'll give you time to mull it over…

… the answer is here. Darabont (pictured, on set) dropped the "Rita Hayworth" element of the novella's title because he thought he'd receive resumes from actors thinking the movie was a Hayworth biopic. It didn't do any good. During casting Darabont received a call from an agent who represented a supermodel; he swore the script was the best she had ever read and that she’d be perfect for the (non-existent) part of Hayworth. Although it is never stated in the film, Brooks is in prison for murdering his wife and daughter after a losing streak at poker. Meanwhile, in the book, Red’s life term is not because of a botched robbery-turned-fatal-shooting, but for murdering his wife by disabling her brakes, which accidentally killed a neighbour and child, as well as her.