Want To Do Well at Work? Just Get Up Earlier

Choosing the best life insurance is a decision that you cannot afford to make in a rush. After all, it has direct...
Read more
Ideas

Home remodels aren't just for aesthetic purposes. Most house owners will renovate their residences in hopes of increasing the house value. In...
Read more

It’s been proven time and time again that the most successful people tend to be early risers. The person you spy out your window going for an early morning jog while you’re still in your pajamas probably knows some secrets to success.

Is there a correlation between early birds and future success? If so, what secrets are morning people discovering before you’ve had your first cup of coffee? Before we dive into early bird behavior, let’s first look at some of the reasons why some people just naturally find it easier to get out of bed with the first morning light:

Why are some people early risers?

Why exactly do some people dread the rising sun, while others welcome it? First of all, our sleep cycles are regulated by circadian clocks, which is an internal mechanism letting you know when to wake and when to tuck in for the night. Modern technology and artificial lighting has played a bit of havoc with the circadian rhythms, which is just one of the reasons you’re often advised to avoid the bright lights of your computer screen directly before bedtime.

If you just can’t seem to drag yourself out of bed in the morning, don’t feel too bad. It’s possible you’re just a natural night owl. Research has discovered about 10 percent of people are early birds, while about 20 percent are night owls. Called a chronotype, it turns out there might be a reason you keep hitting the snooze button every morning.

What’s the link between early mornings and success?

While studies show evening people can often be more creative — and sometimes even smarter — than morning people, there’s one major reason the early bird gets the worm. Why? It might just come down to our modern society. Our working lives just naturally cater to early risers, who are beginning to groove into their day before a night owl’s first cup of coffee has fully kicked in.

While about 50 percent of your chronotype is due to genetics, it’s not impossible to change your attitude towards the sunrise. Here are a few reasons to do so:

1. There are less distractions in the morning.

A typical day can get crazy, fast. You have family obligations, friends, your career, your expanding inbox, and a to-do list a mile long. It’s easy for the personal items to fall off your list, like that book you’ve been dying to read, the meditation you want to do, or even the jog you’ve been meaning to take.

These personal items, however, can help you de-stress and carve out some time for yourself. For most people, it’s easier to carve out this personal time in the morning then it is after work. When the rest of the world is quiet it’s easier to find the time and space for some much needed “me” time.

2. Exercise gets your blood pumping.

Exercise has so many health and emotional benefits, yet it can sometimes seem impossible to squeeze into your day. If you start the morning out with some yoga, a run, or even a brisk walk, you’ll be diving into the day refreshed and ready to take on the world. Finding time for exercise in your day can also make you more productive, which means a morning jog might help you get in shape to climb your career ladder.

3. Successful people are already doing it.

Early birds know greeting the day early is the key to success, which is why morning people tend to be so successful. Apple CEO Tim Cook is known for sending emails at 4:30 a.m., while both Richard Branson and Vogue Editor Anna Wintour get up around 5:45 a.m., which is when Wintour plays a round of tennis. Successful people have limited time in their day to accomplish tasks and take personal time, which is why they get an early start.

In 2008, Harvard biologist Christoph Randler discovered morning people were also more proactive. They were more likely than their night owl counterparts to agree with statements like, “I spend time identifying long-range goals for myself.”

Early risers know to keep an eye on the future, and to never stop looking for ways to better themselves and keep their abilities sharpened. A proactive attitude leads to more productivity, since you’re never waiting in the wings for someone to tell you how to tackle a new challenge.

5. You will have time for breakfast.

Everyone says breakfast is the most important meal of the day, but how often do you really have time for a good breakfast? Or any breakfast at all? Early risers have more time in their mornings, which means fewer excuses not to eat a healthy breakfast. A survey from the Harvard School of Public Health recently found skipping out on breakfast may increase coronary heart disease risk, so having the time to schedule in a good breakfast is more important than you might think.

According to a University of Toronto study, however, morning people also self-report higher levels of happiness. Considering the well-researched link between happiness and work performance, it’s not hard to see why happier early birds often find themselves flying higher than their late-rising counterparts.

Early risers have discovered a few secrets to unlocking success while the rest of us are in bed snoozing. It might be time to change your sleep patterns, stop hitting snooze, and see what greeting the day earlier can do for your career.

What do you do in the mornings? Share in the comments! 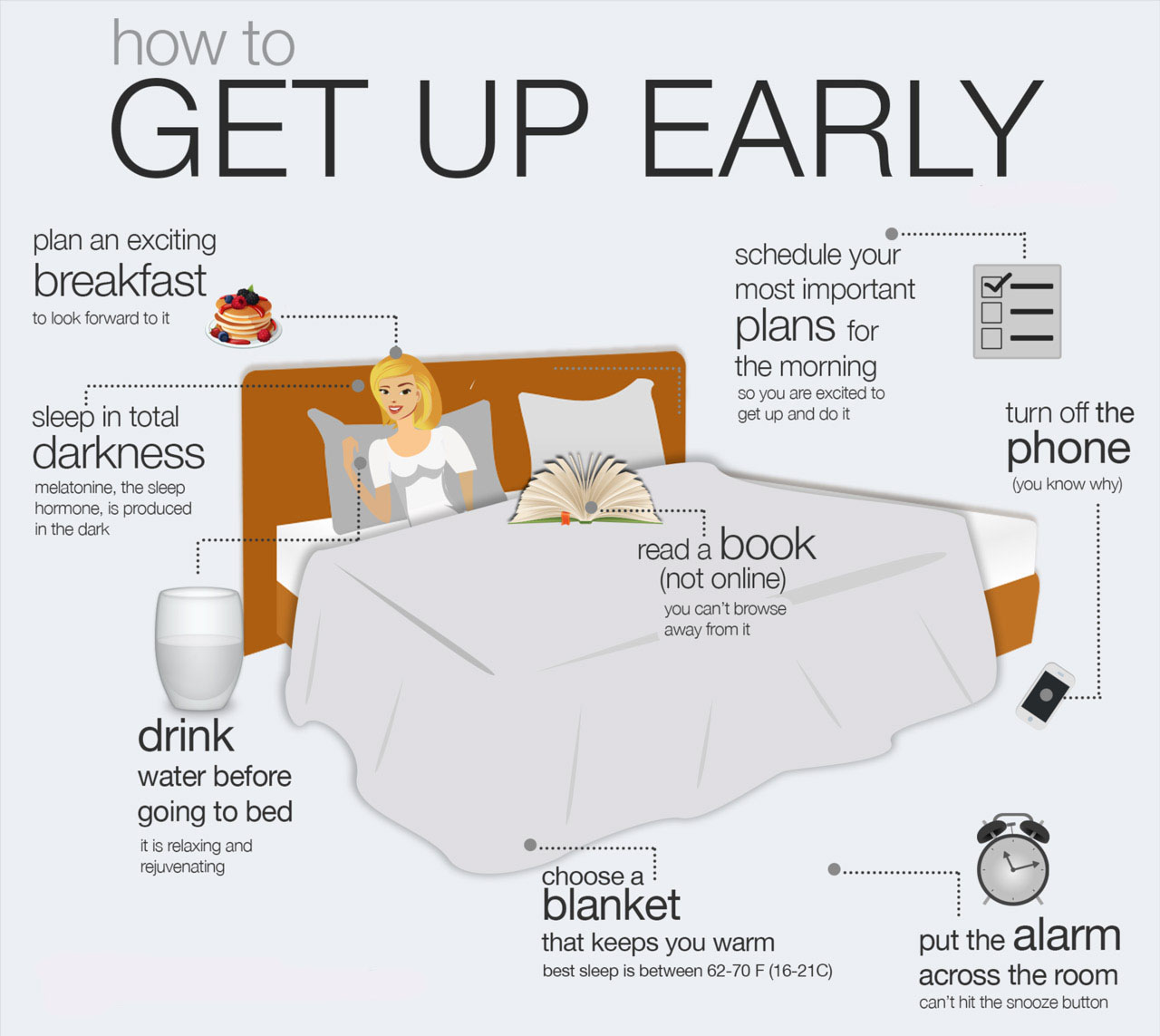 Health Benefits of Pineapples Aka Ananas | 11...

Sturdy and prickly on the outside; fragrant, delicious and extremely healthy inside. Pineapple was named as the healthiest fruit in the world and for...
Read more

This is the perfect thing to do on a hot, summer day — instant slushies! YES! Watch as this guy teaches you how to...
Read more

Want to break up with your girlfriend but don’t know how to approach this issue to succeed with minimal losses? So why not make...
Read more

This is a new way Using the infrared camera on iPhone for bad guys to steal your ATM pin code without you noticing at...
Read more

Amazon’s Fire Phone Will Do Fine

The cynics among us believe that the Amazon Fire Phone is going to be a flop. Own Darrell Etherington believes that the price is...
Read more
Load more