The social network is part of a daily routine that allows them to keep in touch with friends and family, plan events and share...
Read more
Entertainment

Do you know hackers are breaking into hundreds of thousands of Facebook accounts every day and Facebook has its Pirated Version. Crazy, Isn’t it?...
Read more

Voice calling on WhatsApp is reportedly out for testing, but in a limited release

Reddit user pradnesh07 who posted the screenshots, has further explained that the apps works fine when being used across different countries, varied ROMs or Operating systems. 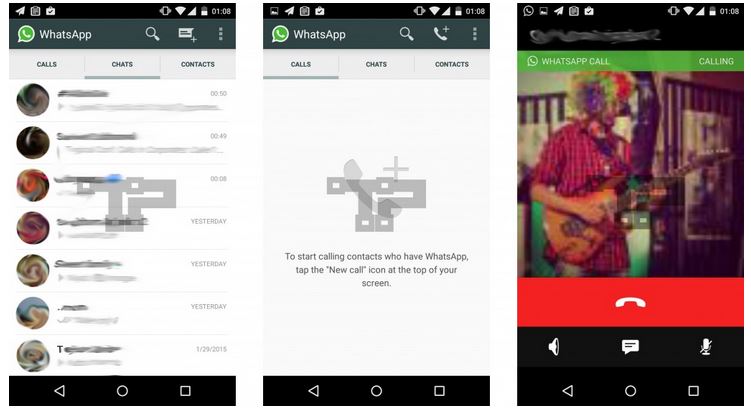 However, the roll-out is extremely limited and that is why you may have not even got a hint of any such build. To get the beta build to function, you need to forward the same to the contact you wish to make voice calls to. Once done, you can start using the voice calling feature.

Do keep in mind though, that the invite sending procedure requires quite a workaround. Also, since its a beta release, and is surprisingly extremely limited in release, we would advise you to install it on a spare phone so as to protect your chat histories and other app data.

This comes just days after India’s Hike launched voice calling feature on its updated IM app. Hike has rolled out the updated version on the Android app for the time being, and it plans to roll-out the same on iOS and Windows platform soon.

Last year, WhatsApp had announced that it soon plans to roll out voice calling feature for its users. In December, a few screenshots of the feature had leaked.

According to WhatsApp CEO Jan Koum, the delay in rolling out voice calling feature was due to technical hurdles that developers were facing. He had said that the service had been delayed till Q1 2015, speaking at an industry conference in October.

The voice calling feature will bring WhatsApp in direct clash with apps like WeChat, Viber and Line that already allow users to make calls and send messages. WhatsApp is the biggest instant messaging app in the world, with 700 million active users in January 2015.

This toddler named Landon is adorably confused after meeting baby twins for the very first time. His reaction during the encounter is priceless! His facial...
Read more

Don’t we love ad wars? We all do. After Mercedes and Jaguar Ad war, this time it’s between food giants Cadbury and Nestle. We...
Read more

When Someone Argues “Not All Muslims Are Bad”,...

Not all Muslims are bad, not all Germans were nazis!   We always hear the argument that most Muslims are peaceful people, which is actually a...
Read more

Why Jerusalem Matters To Palestine & Israel |...

Venezuelan model Aleira Avendaño , 25 achieved an eye-watering 20 inch waist from wearing a corset 23 hours a day. she is willing to...
Read more

3 Things You Should Love About Granada |...

If you’ve been reading this blog for a while or know me at all, you’ll know that I am in love with Granada, a...
Read more
Load more