The Netherlands (sometimes called Holland by us Buitenlanders), a country in northwestern Europe, is known for its flat landscape, canals, tulip fields, windmills and...
Read more
Art

The Rijksmuseum in Amsterdam has come up with a brilliant new way to get people interested in their artwork. Though they haven’t banned cameras...
Read more

Earlier this year, we heard of a dynamic duo’s ambitious project, Solar Roadways, which wants to replace concrete roads, driveways and parking lots in the US with their innovative solar panels. But it turns out that they’re not the only ones that think this green idea is a smart idea, as a group in the Netherlands has just designed and installed the world’s first solar cycle path.

The path, which was developed by the Netherlands’ TNO Research Institute, runs between the suburbs of Krommenie and Wormerveer. The busy 70-meter stretch serves some 2,000 cyclists per day, and is set to open November 12)

70 meters might not sound like much, but it’s a proof-of-concept pilot project to test feasibility and practicality, and it makes sense to test the waters on roads that are occupied with lightweight bicycles rather than hefty vehicles. And while it may only bring in a modest amount of energy, when it’s extended to 100 meters in 2016 it could generate enough to power 2-3 houses.

The SolaRoad was made using prefabricated slabs consisting of concrete blocks topped with a translucent layer of tempered glass. Beneath the protective glass lie crystalline silicon solar cells which are hooked up to the grid. The glass has been given a special coating to make it skid-resistant, and it’s strong enough to withstand steel balls dropped onto it. The path has been installed on a slight tilt which is designed to help rain wash off dirt and hence keep it as clean as possible, which will help maximize the amount of sunlight that can reach the solar cells. 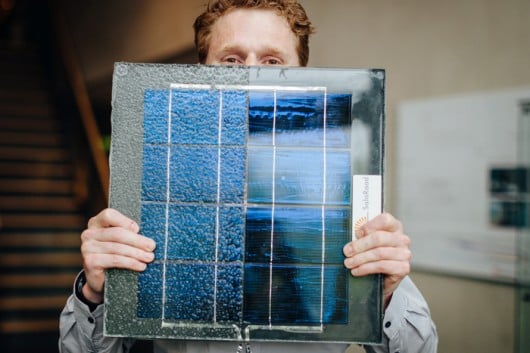 Although there is some overlap in design features, Solar Roadways’ panels are perhaps more innovative than SolaRoad’s. The US couple’s hexagonal panels are studded with LED lights to make road lines and signs, and also feature heating elements to melt ice and snow.

For the next three years, SolaRoad will test out the path in order to gauge how much energy it is capable of producing and assess safety under different weather conditions. Because it can’t be adjusted to the position of the sun, the panels will generate approximately 30% less energy than those placed on roofs. However, the team anticipates that eventually it should be sufficient to power traffic lights, road lights, houses and electric cars. TNO’s Sten de Wit had a chat with the Guardian about the project, and he believes that up to 20% of the Netherlands’ 140,000 kilometers of road is suitable for conversion into solar roads, which could rake in a lot of energy.

As it’s still early days, production costs are unfortunately rather hefty. The pilot cycle path came with a $3.75 million (€3 million) price tag, which was mostly put up by the local authority. However, as the technology develops and production gets scaled-up, the price should drop. 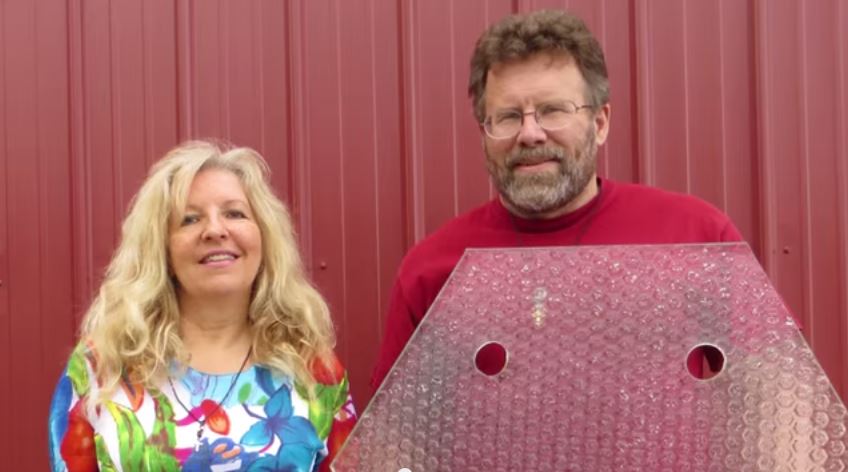 Two US engineers, Idaho couple Julie and Scott Brusaw, have been developing solar panelling units for road use since 2006. In 2009, their company Solar Roadways received a contract from America’s Federal Highway Administration to build a prototype.

In March this year, the Brusaws replaced their own parking lot with solar-panelled units, and thanks to a popular viral video, they have raised $2.2m (£1.4m) to put their design into production.

If all the roads in the US were converted to solar roadways, the Solar Roadways website claims, the country would generate three times as much energy as it currently uses and cut greenhouse gases by 75%.

Moldova’s one of those countries that doesn’t get much press, Squashed between Romania and Ukraine in eastern Europe, not too many people around the...
Read more

Unlikeliest of Friendships | A Lion And Leopard...

Unlikely Friendship : Documentary on a Lion and Leopard Together in the Wild    http://www.youtube.com/watch?v=dpm1hIchZg4
Read more

Uummannaq is a picturesque island and town in the Qaasuitsup municipality, in northwestern Greenland, located 590 kilometers north of the Arctic Circle, and home...
Read more

9 Perks Of Being Tall Vs Everyday Struggles...

Buzzfeed Yellow Present his latest video on tall girls. Being a tall girl usually means you’re awkward, clumsy, and you get made fun of...
Read more

10 Football Stars Who Are Known For Their...

"We Support them & they Support charity" Footballers are often criticized for being selfish with not only their money, but their time as well. we...
Read more
Load more