Curious to know some stunning facts about Tom Cruise? Well, the Mission Impossible actor-producer and our Top Gun Maverick has always been a sensational...
Read more
Animals

Before the fame, the glam and the moolah, there was childhood innocence and wide-eyed awe. The superstars of the Bollywood are idolized, loved, and eccentrically stalked for being who they are. They ooze charm, elegance and are shrouded with fame. However, years before they were set upon a pedestal by their adoring fans, these celebs led a life quite unknown to their admirers and fanatics.

We bring to you 30 rare photos of Bollywood celebrities during their young age. 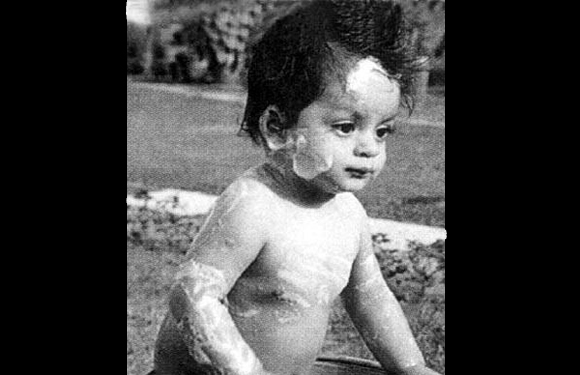 This is a picture of Shah Rukh Khan during his childhood. Born on 2nd November, 1965, SRK grew up in Rajendra Nagar in New Delhi and describes himself as ‘half-Hyderabadi, half-Pathan and some-Kashmiri’. 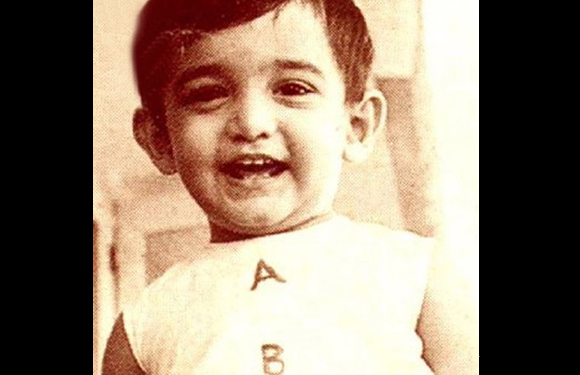 This cute little thing is ‘Mr. Perfectionist’ Aamir Khan with his perfect little smile during his childhood. Born on 14th March, 1965, Aamir comes from a family of film-makers and politicians. This Bollywood celebrity is a descendant of freedom fighter Abdul Kalam Azad and former president Dr. Zakir Hussain. 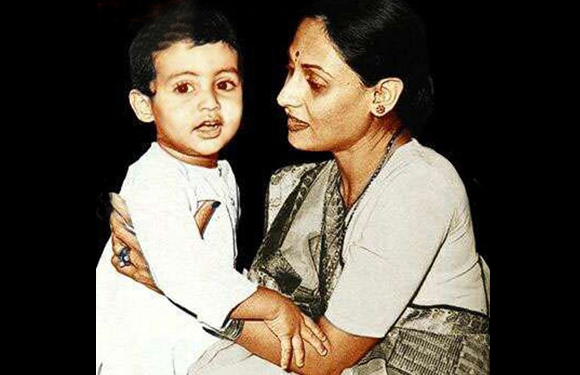 Seen in this rare photo with mom Jaya Bachchan is ‘Raavan’ star Abhishek Bachchan. Born on 5th February, 1976, Abhishek was dyslexic as a kid. 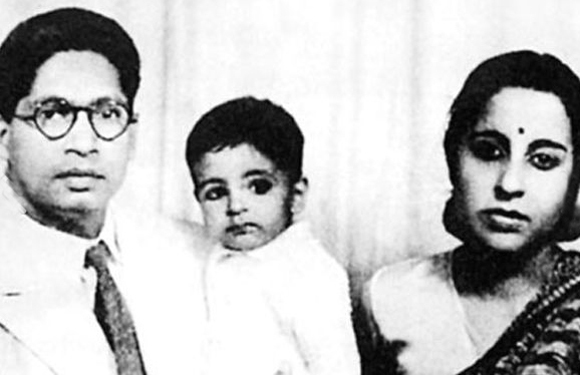 It is hard to imagine Big B as a baby, but here you are with his parents, poet Harivansh Rai and Teji. Born on 11th October, 1942, Amitabh Bachchan was initially named Inquilaab, but his father changed his mind when a fellow poet suggested the name ‘Amitabh’. The Miss World-to-be, Aishwarya Rai – here seen with her elder brother, Aditya. Born on 1st November, 1973, she was born in a conservative Hindu family with a marine biologist father, a writer mother and a merchant navy engineer for a brother. 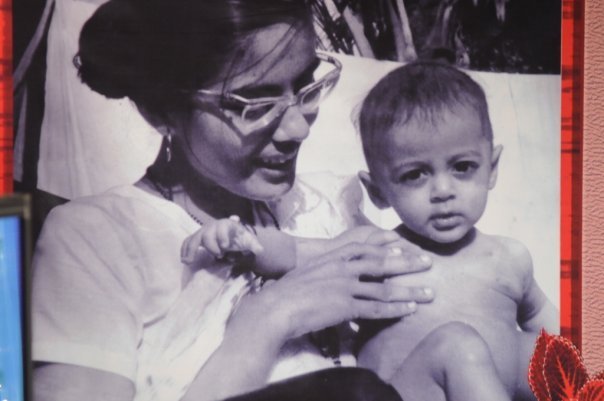 This one right here is ‘Dabangg’ star Salman Khan during his childhood days. Seems like he was born with his intense eyes, huh? Born on 27th December, 1965 – Salman’s paternal grandfather was a Muslim from Afghanistan who settled in Indore. One of the cutest smiles of the present Bollywood brigade – Katrina Kaif was even cuter as a kid. Born on 16th July, 1984 – Kaif was born in Hong Kong to a Kashmiri father and an English mother. Her parents divorced when she was just a kid. 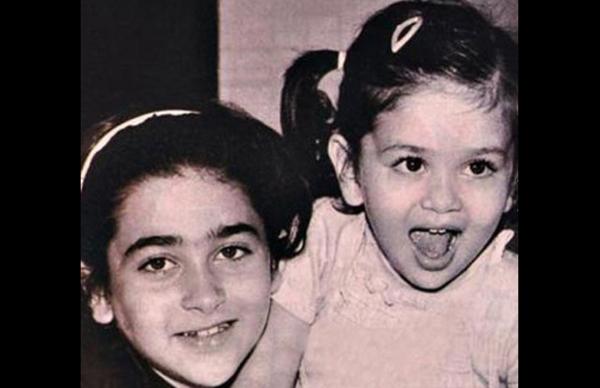 The Kapoor girls – Karishma and Kareena, as kids. Weren’t they adorable? Born on 25th June, 1974 and 21st September, 1980 respectively – Karishma studied at the Cathedral and John Connon School and Kareena at Jamnabai Narsee School in Mumbai. 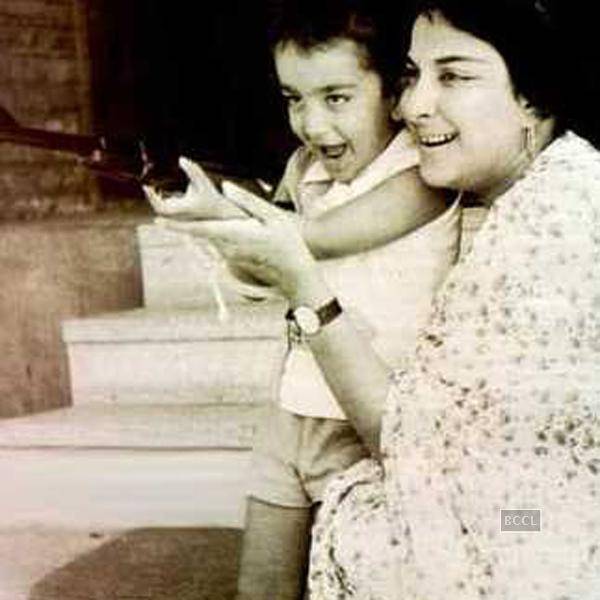 The joy with which young Sanjay Dutt handles the gun in this picture is now almost an irony. Born on 29th July, 1959, Dutt was educated at The Lawrence School, Sanawar near Kasauli and had spent over a year at a Texas rehab clinic. 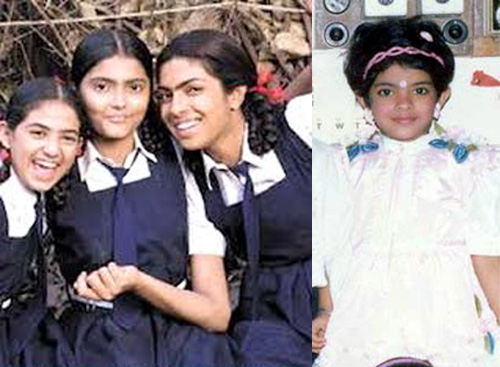 There’s always one childhood rare photograph we all are embarrassed about. For Priyanka Chopra, this might be it. Born on 18th July, 1982 in Jameshedpur to a physician couple in the Indian Army. Because of their job which required constant travel, this Bollywood diva had lived in a number of cities while growing up. This royal trio is Nawab of Pataudi Saif Ali Khan with his sisters Soha and Saba. Saif was born on June 16th, 1970 and Soha on 4th October, 1978. Their paternal grandmother was Sajida Sultan, Begum of Bhopal and their great-uncle was Pakistani general Sher Ali Khan Pataudi. This cute little thing here is the now handsome hunk, John Abraham. Born on 17th December, 1972 to a Malayali architect and a Parsi mother – Abraham’s Parsi name is ‘Farhan’. 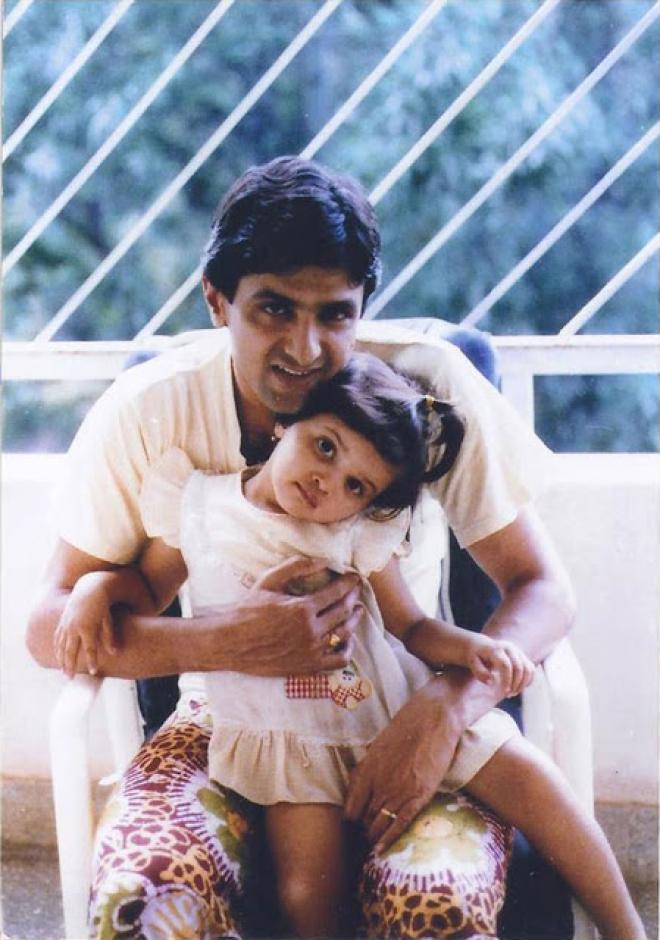 With father Prakash Padukone, here is Deepika Padukone as a pony-tailed kid. Born on 5th January, 1986 in Copenhagen and after shifting to India, attended Sophia High School in Bangalore. Before she could be the ‘Student of the Year’, Alia Bhatt was this plump, pouty baby. Born on 15th March, 1993, Alia completed high school from Jamnabai Narsee School and was a child artist in her first movie ‘Sangharsh’. The oomph factor never left her side – this is Bipasha Basu in a baby bikini. Born on 7th January, 1979, this celebrity describes herself as a very naughty and pampered tomboy as a kid. The kid to the left of Aamir Khan is our chocolate boy of Bollywood, Imran Khan – cutting his birthday cake with his mamu. Born on 13thJanuary, 1983 in Wisconsin, this Bollywood celebrity has played the role of a young Aamir Khan in ‘Qayamat Se Qayamat Tak’ and ‘Jo Jeeta Wahi Sikander’. 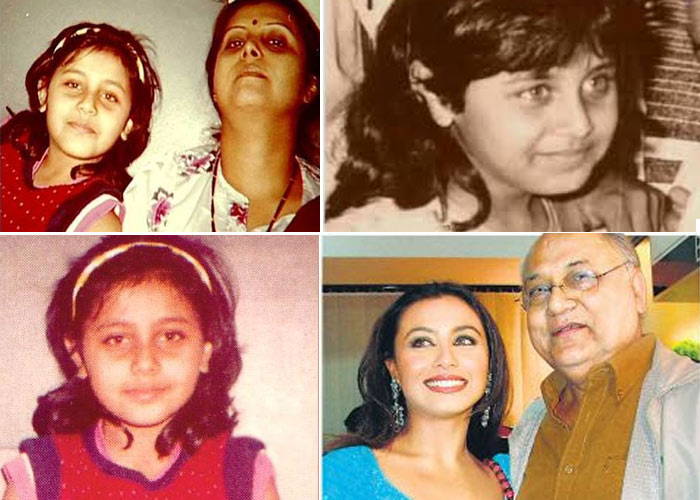 Rani Mukerji as a kid – and those honey-colored eyes! Born on 21st March, 1978, Rani is a trained Odissi dancer and had started learning the dance from the 10th standard. She trained in acting at Roshan Taneja’s acting institute before starting in her career. Another chocolate boy that was as sweet as a kid – Shahid Kapoor. Born on 25th February, 1981, he grew up in Press Enclave, Saket in New Delhi with his mother Neelima Azim and his maternal grandparents. Anil Kapoor is a proud daddy in this rare photo, with daughters Sonam and Rhea. Born on 9th June, 1985, she is trained classical dancer and studied theatre and arts in Singapore for two years. Mother Tanuja and daughters Kajol and Tanisha – a picture-perfect family. Born on 5th August, 1974, she describes herself as having been an ‘extremely mischievous’ child and was very stubborn and impulsive. Whatever he may be today, he was Superman that day – Tusshar Kapoor at a costume party during his childhood days. Born on 20th November, 1976, Kapoor studied at University of Michigan and graduated with a BBA from the Ross School of Business. With his mother Yashodhara, father Suresh Oberoi and sister Meghna – this is Vivek Oberoi gallantly posing for the picture. Born on 3rdSeptember, 1976, Oberoi has a Masters degree in film acting from New York University. The shy, smiling kid in red is Sunny Deol – with his parents Dharmendra and Prakash Kaur and sister Ajeeta. Born on 19th October, 1956, this Bollywood star was nominated for the Filmfare Best Actor Award for his debut movie, ‘Betaab’ (1983). Next is Dharmendra’s younger son, the adorable-looking Bobby Deol. Born on 27th January, 1969, Bobby studied at the Mayo College, Ajmer and first appeared briefly as a child actor in ‘Dharam Veer’ (1977). This spunky girl in this rare photo is ‘Ishaqzaade’ star Parineeti Chopra with her younger siblings. Born on 22nd October, 1988, Parineeti was a very good student and wanted to be an investment banker and has a triple honors degree in business, finance and economics from Manchester Business School. Childhood picture of Kareena at Ranbir Kapoor's birthday party. how they partied together as kids. Kareena is Ranbir's cousin. This girl is definitely a copy of her father, even their chins are identical. Sonakshi looks good but different from her current look. I wish she chooses some good movies now. To me, she is the most easily recognizable celebrity in her yesteryear photos. Every feature is same, even the eyebrows. The girl is 27 years old now but she looks too similar to her baby-pics. Childhood Pics Of Kangana Ranaut. she looks cute !! and quite different to how she looks now. Ranveer Singh loved to go shirtless even as a child. I’m sure that he was super naughty as a kid. The picture shows that he knew how to grab attention even back then.


What do you think About This Article ? Share your comments below.