Hong Kong: Why did the United Kingdom return Hong Kong to China ?

Hong Kong: Why did the United Kingdom return Hong Kong to China?

The transfer of sovereignty over Hong Kong from the United Kingdom to China, referred to as “the Handover” internationally or “the Return” in China, took place on 1 July 1997, and marked the end of British rule in Hong Kong. 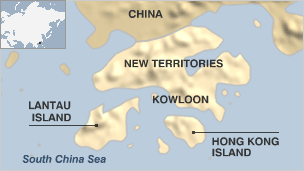 2. Although Hong Kong Island and Kowloon had been ceded to the United Kingdom in perpetuity, the control on the New Territories was a 99-year lease.

4. In addition, with the scarcity of land and natural resources in Hong Kong Island and Kowloon, the New Territories were being developed with large-scale infrastructures and other developments, with the break-even day lying well past 30 June 1997.

Thus, the return of the New Territories after the expiry of the 99-year lease became important for Hong Kong’s economic development.

Jennifer Lawrence Complete BIO We are writing about Jennifer Shrader Lawrence, is an famous American actress. Her films have grossed over $5.7 billion worldwide, and...
Read more

10 things that a Boss Should Never Ask...

They're bosses. They're in charge. They have the power. But while some tasks are obviously out of bounds, others are less so -- which is...
Read more

Marketing is a key aspect in a successful business, and putting up ads on billboards is a great way to market a product. These...
Read more

Apple's live stream is available via a dedicated channel on the Apple TV set-top box or the Safari browser on OS X (10.6.8 and...
Read more

Best Wedding Songs Ever!!!! You Should Not Play...

The BIG FAT INDIAN WEDDING season is here. And we all know that Indian wedding are so much about lots of makeups, dhik-chak dancing numbers,...
Read more
Load more