Not just Hollywood stars do tattoos, but they are also a latest trend in Bollywoods. This fashion and style statement has became very popular among...
Read more

A Creative ad from Honda India with good composition.
There are brand logos. And there are grand logos. The latter kind is conjured up mid-air by professional skydivers and shot using aerial cameras.

In the ad, we see dozens of skydivers jump from planes to create the HMSI logo in the sky as India – including brand endorser Akshay Kumar – watches, amazed. The lyrics of the soundtrack go 'Dekho dekhe ye zamaana, panchi uda jaaye re…' The corporate film was released after a brief teaser campaign in which the spectators are shown, but not the spectacle.


The effort, insists YS Guleria, vice president, sales and marketing, HMSI, is "more than just another campaign", as it announces the start of what he calls "a new era," one in which there's "only Honda in the Indian two-wheeler industry." 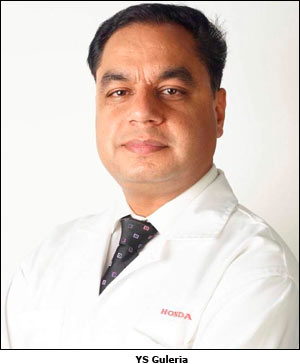 "As its next move, Honda is strategically reinforcing its solo and empowered identity, the 'Wings', as it makes inroads into rural environs," Honda's Guleria asserts.

And sure enough, it's hard to miss the overtly desi elements in the film – ghunghats, saffon Buddhist outfits, intercity trains and turbans galore. Trying hard to inject the Indian-ness that disappeared with Hero? Titus Upputuru, national creative director, Dentsu Marcom, the agency that has created this campaign, fields, "No, we're not trying hard to be Indian… that phase is over for Honda," insisting that the brand's first corporate campaign post the split with Hero, Humein Jaldi Hai (2012) "served that purpose."

"Honda is going into the rural belt a lot. So it was important for us to show the rural part of India," he clarifies, saying the team made a conscious decision to opt for imagery that's not commonly seen in Indian ads, referring to the little Muslim boy wearing his religious cap, a little girl in a burka, a monk in his professional outfit and two women – rider and pillion – on a bike.

The film was shot in American skies. In all, 80 professional skydivers, of varied nationalities, helped put this together in California. While it took the team a day to shoot it, the divers trained for around four weeks, on-ground, in a simulated environment, before trying out the real thing.

"They had to perform this real-time in the skies. The perfect logo formation can only happen for a moment after which the divers disperse," says Dentsu's Upputuru. 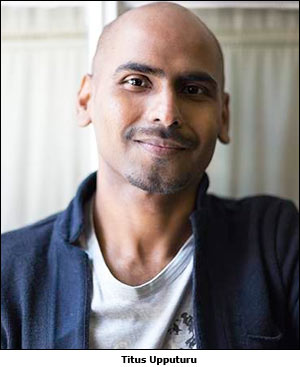 As one would assume, the divers didn't get it right the first few times. Each time, they'd try, come back down using parachutes and then go back up and jump again. "It's a global logo so we couldn't mess with it and had to get it right. Timing and precision were crucial to the process. They had to attempt it around 10 times," Upputuru explains, before telling us that not a single part of this video has been computer generated.

In the film, one can see two planes, from which the divers jump. In order to film the action, a third plane and a chopper were used. "We have shot the divers from four points of view," Upputuru says, referring to these two aerial cameras and two on-ground cameras.

Interestingly, in addition to the 80 divers one sees in the ad, there was an 81st diver who was tasked with filming the others. This diver had a camera attached to his forehead. He was not part of the logo and his job was to fly above the rest. He therefore timed his jump accordingly; he jumped after the others. This diver wore yellow while the other 80 wore red. This ensured his presence didn't distract them from their choreographed moves.

Ask him about the challenges faced while shooting this and Upputuru the "unexpectedness of the wind" the biggest one.

Sky Is the Limit:

"When I was a kid, my dad used to say, 'Sky is the limit'. Conceptually, we started working on this campaign around six months back and my mind kept going to back his words. And this thought stuck me – when you start a two-wheeler, the moment the bike revs up, you take both your feet off the ground," he shares while telling us how he came up with the line 'Zameen se jab pao uthatey hain, pankh apne aap lag jaatey hai'.

About the logo being the heart of the film, he adds, "In our business, people shy away from the logo… they put it right at the end. But this film is like 'manufacture speak' for the brand."

Some experts say the subtext in the campaign is loud and clear – Honda is no less Indian than it was with Hero on board. Others say the film will do the brand's logo – one that consumers may not be able to readily recall – a huge service. Some call Akshay Kumar a redundant prop in the film, while others feel his presence is more for continuity than anything else; he has, after all, been associated with Honda's previous campaigns under the Sach Kar Denge Sapne umbrella thought. 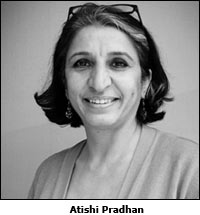 Atishi Pradhan chief strategy officer, Cheil Worldwide SW Asia, says, "HMSI made an ad in 2004-05 which showed a turbaned man putting mehndi on a young girl. He made the wing mark design within the henna pattern, and he then looked up… and we saw that he is the Japanese MD of HMSI.

While she thinks it's a well shot ad with good music, Pradhan goes on to critique, "Honda UK made perhaps the world's first 'real time' ad in 2008, where skydivers formed the Honda logo. It was a huge success story. In India, so many years later, we get this vanilla version. Really? Akshay Kumar? Really?"

High, but not deep…

The film's core message is not lost on Pradyumna Chauhan, national creative director, McCann Worldgroup. "Honda is known for its technological superiority. It has huge lineage. So saying 'Honda is Honda', as a point to be put across to Indians after the split with Hero, is a very effective thing to do," he appreciates, adding, "Being a Japanese company, Honda is trying to bridge that gap with Indians."

According to Chauhan, this kind of symbolism serves the purpose of creating a clear identity for Honda, independent of the baggage of its past relationship, and certainly helps "take the brand to the people." 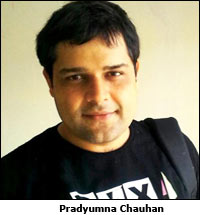 "Throw in a mood song, shoot it well… and yes, the ad does its job of reminding people that it's all about flight and dreams," he offers.

However, he adds, "But there's nothing in the ad that does this job with depth. How deeply does it connect? That's a big question mark. It's a likeable, feel-good film that will appeal to people who are slightly more 'visually literate' than the rest. But it stops at being a likeable film."

"How does the brand go deep into truly championing the dreams of Indians? That question goes unanswered. When you say Sach Kardenge Sapne, even if I were a half-literate, half-interested member of the audience, I would want to be rewarded with a deeper, clearer meaning," Chauhan states.

How do you know you Are Real ?

How do you know you’re real? Is existence all just a big dream? Has some mad scientist duped us into simply believing that we...
Read more

From the heart. Do a good deed once easily. Much more difficult to always remain good, despite the machinations that builds the world around you....
Read more

Pantene Ad That Breaks Down Every Sexist Workplace...

In 60 seconds, Pantene Philippines used an ad to deftly break down the double standards men and women face in the workplace. While a man...
Read more

12 Breathtaking Waterfalls From Around The World

It's no secret that Earth is home to some pretty magnificent things, and waterfalls definitely rank high on the list. They're just so majestic...
Read more

A Cat And An Alligator Face Off. What...

If your cat met an alligator, what would you do? Would you pull out your camera/phone and start recording? I wouldn't, but apparently this...
Read more

Take a look down at your stomach and get out your ruler! Because you — yes you — may very well have an imperfect...
Read more
Load more