The ladies were willing to wait several months to get to him. They recorded receiving numbers and waited … months, a year or more. "Every woman dreams to have a portrait painted of him to say" – says Alexander Dumas to famous portraitist. Despite the enormous popularity and the incredible demand, the artist was not accepted into the elite of the most famous artists of his time. 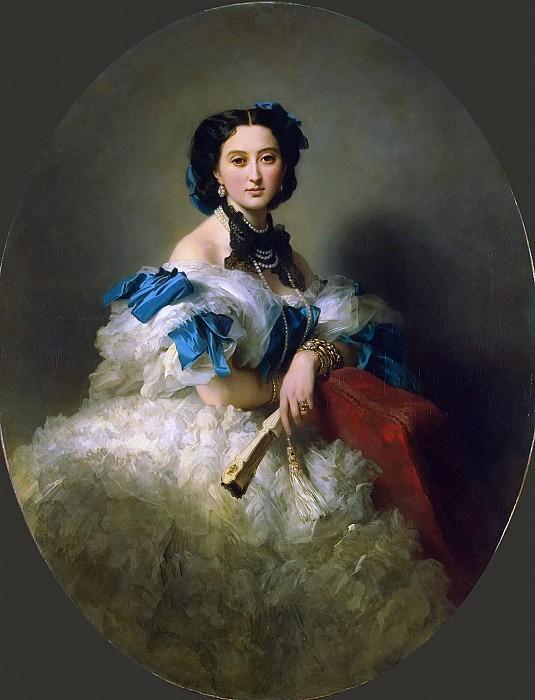 Probably almost everyone has seen at least once, original or reproductions of wonderful portraits of the most famous personages with noble blood in the 19th century, exhibited in the Hermitage and other famous museums and galleries in Europe. They are all united by one thing: the lack of flaws. Namely modern painting technique has made the German artist Franz Xaver Winterhalter most sought court portraitist. Chamberlain future artist was born into a family of farmers in the Black Forest (Germany) in 1805. Despite the poor origin, the father in every way supported the boy's desire to become an artist. After completing his studies at the Academy of Art in Munich, Winterhalter traveled to Italy, where he mastered the romantic style of painting. On his return to Germany, his talent learn the highest royalty, and he became a portrait painter in the court of French King Louis-Philippe. 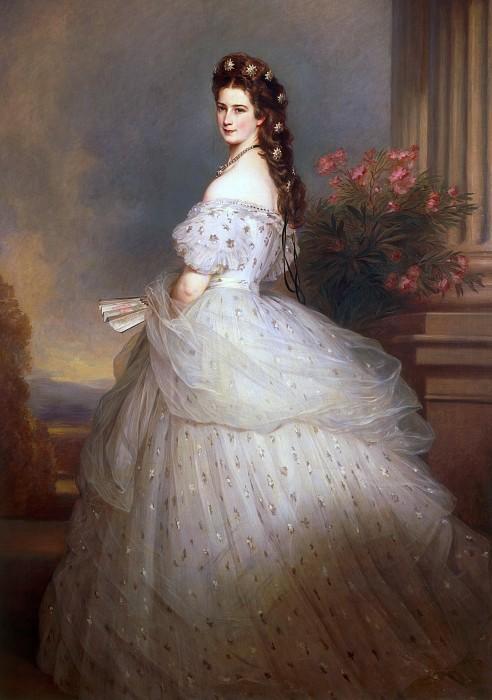 In 1836 an exhibition at the Salon picture of Dolce Farniente, painted as a typical product of academic painting in the style of Raphael, was awarded with positive reviews from critics. But when Winterhalter started making portraits of everyone in the yard, artistic circles ceased to take it seriously. They believed his portraits of many sweet and actual proportions of individuals – overly decorated. 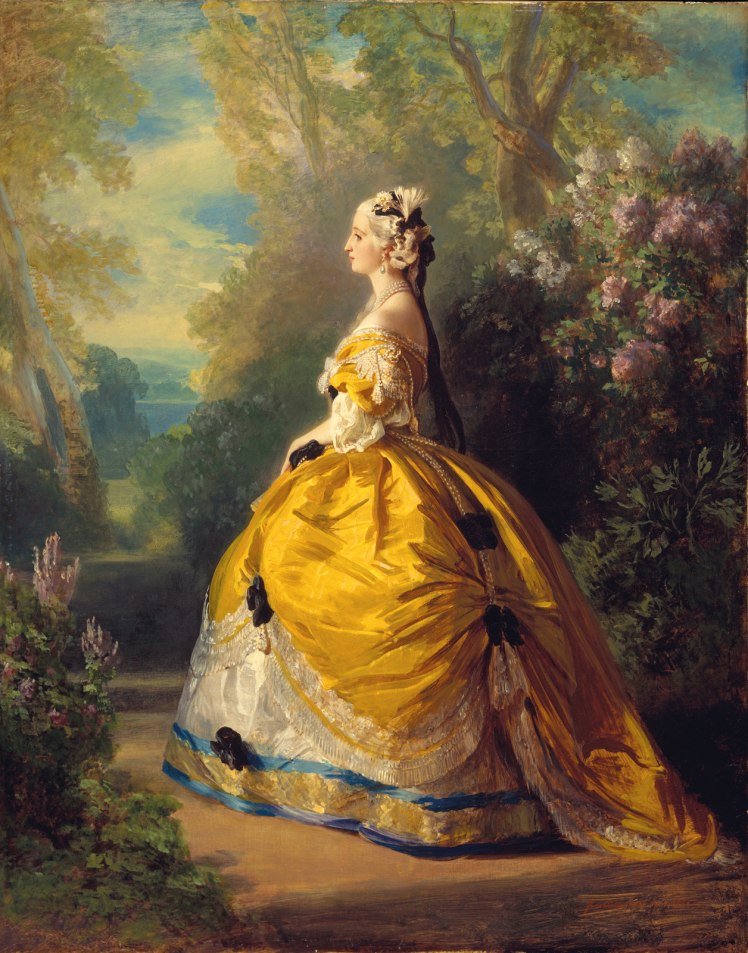 Initially Franz Magnificent (they called it the aristocrats) thought that his success is temporary and wanted to quickly return to a subject painting, to take its place in art the hierarchy of his time. But after a few years that brought him wealth and fame among the aristocratic elite Vinterhalter gotten his position as royal portraitist. 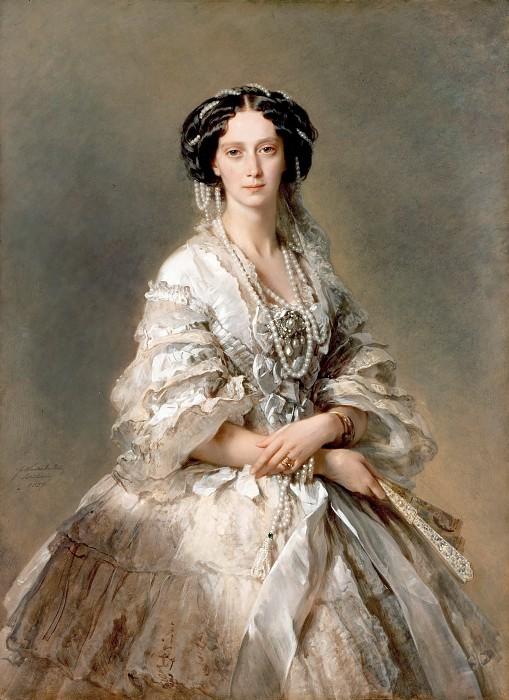 Hone their skills from year to year, Vinterhalter managed to create the perfect image of each, smooths flaws, but at the same time achieve outstanding similarity to the original. He did not leave without attention and ladies dresses. The luxury of velvet, satin, precious stones – all of it perfectly recreate the canvas. No wonder that the entire Russian elite also longed to see in the works of Franz Magnificent. 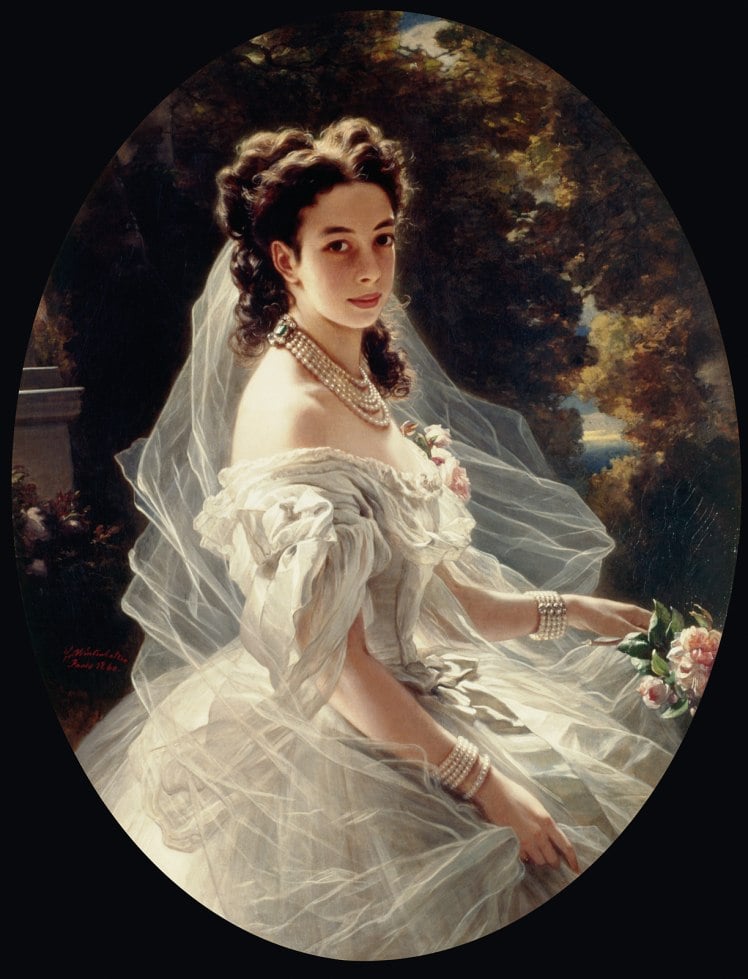 Franz Xaver Winterhalter gladly did portraits of herself Bavarian Elizabeth – the Queen of Austria. Not only did he admired the beauty of Sissi, but throughout Austria also adored his empress.

Franz Xaver Winterhalter (20 April 1805 – 8 July 1873) was a German painter and lithographer, known for his portraits of royalty in the mid-nineteenth century. His name has become associated with fashionable court portraiture. Among his best known works are Empress Eugénie Surrounded by her Ladies in Waiting (1855) and the portraits he made of Empress Elisabeth of Austria (1865). 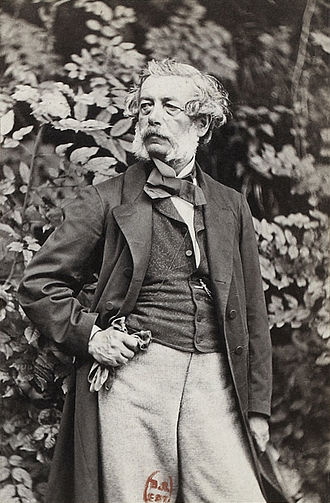 Born in a small village in Germany's Black Forest, Franz Xaver Winterhalter left his home to study painting at the academy in Munich. Before becoming court painter to Louis-Philippe, the king of France, he joined a circle of French artists in Rome. In 1835, after he painted the German Grand Duke and Duchess of Baden, Winterhalter's international career as a court portrait painter was launched. Although he never received high praise for his work in his native Germany, the royal families of England, France, and Belgium all commissioned him to paint portraits. His monumental canvases established a substantial popular reputation, and lithographic copies of the portraits helped to spread his fame. 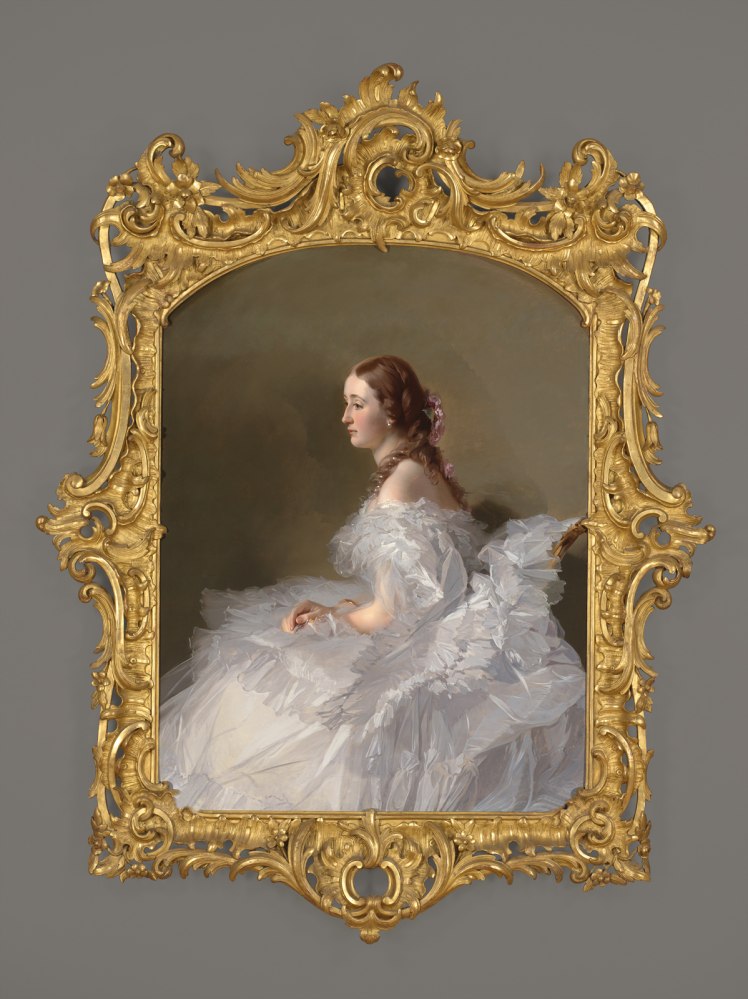 Winterhalter's portraits were prized for their subtle intimacy, but his popularity among patrons came from his ability to create the image his sitters wished or needed to project to their subjects. He was able to capture the moral and political climate of each court, adapting his style to each client until it seemed as if his paintings acted as press releases, issued by a master of public relations.

Mecca, in a desert valley in western Saudi Arabia, is Islam’s holiest city, as it’s the birthplace of the Prophet Muhammad and the faith...
Read more

Get organised. Transport must be organised now from every corner of the country, bringing everyone to London who is outraged by Israel’s barbaric onslaught. Spread...
Read more

This appalling video shows why India has been...

If this doesn’t boil your blood then you should be ashamed. The country screams for revolution, a country that treats its women as dirt,...
Read more

Commonly Used Punjabi And Hindi Words And Their...

There are lot of dictionaries available for English to Hindi, English to Punjabi conversion but there are very few in reverse. We proudly take this...
Read more

A Stand Taken By Men Against Rape.| Mard...

This advertisement is based on the theme MARD -- Men Against Rape and Discrimination campaign by Farhan Akhtar. https://www.youtube.com/watch?v=tecfchijzVQ Credit : Pocket Films Source: Youtube
Read more

A viral video showing a Syrian boy rescuing a girl under gunfire, watched online by millions of viewers, was faked by a Norwegian film...
Read more
Load more