Ecuador is a small country in northwestern South America. It is located just south of Columbia and north of Peru. The name Ecuador is Spanish for equator, which is appropriate since the imaginary line runs right through the country. Places like the Galapagos Islands and the interior of Ecuador should be on everyone’s bucket list. The country is beautiful, the people friendly, the prices cheap and the food good.

Ecuador has an incredible amount of resources, both economic and environmental. Ecuador facts teach us about Charles Darwin who had his breakthrough theory of Evolution after visiting Ecuador and the Galapagos Islands.

Ecuador has struggled throughout history – first for independence from Spain, then to claim its own lands from its neighbors, including Colombia, Brazil and, most notably, Peru. Despite losing a good deal of land in the process, Ecuador remains a strong economic powerhouse in South America.

Ecuador’s $170 billion economy is based on exports, and Ecuador is the largest exporter of bananas in the world, with exports totaling $2 trillion by most recent counts. A long-standing trading partner with the Unites States, Ecuador’s official currency is actually the US dollar!


1. Ecuador is one of three countries that were created in 1830, after the collapse of Gran Colombia.


2. Ecuador is named for the equator, which runs through the country. 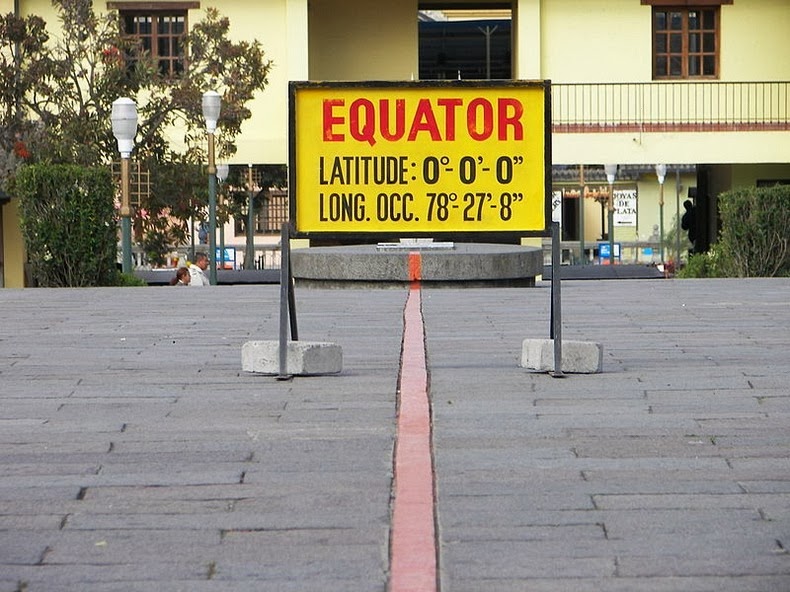 3. Forming a part of the landscape of the country are the Galápagos Islands, situated in the Pacific.


4. Guinea pig is considered to be a delicacy in Ecuador. To me it tastes like rabbit. 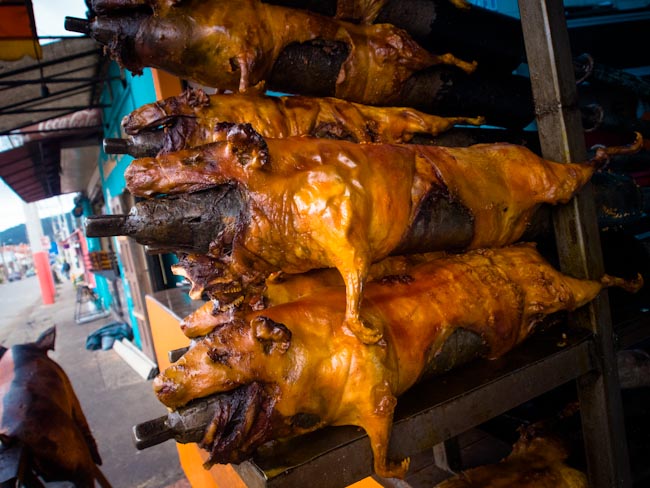 5. The colors of the flag is yellow for the diversity in the country, blue for the sky and the sea, and red for the blood of those who fought for independence. 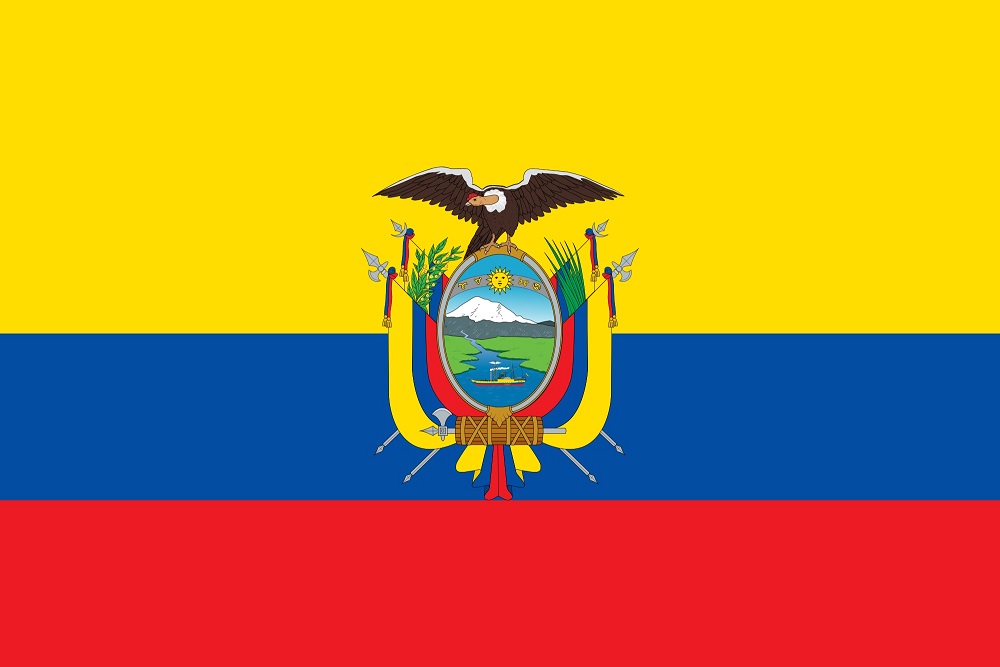 6. Prior to the Incas settlement in Ecuador, Ecuador was inhabited by the Native American peoples


7. Ecuador has many active volcanoes and also, one of the greatest densities of volcanoes in the world. 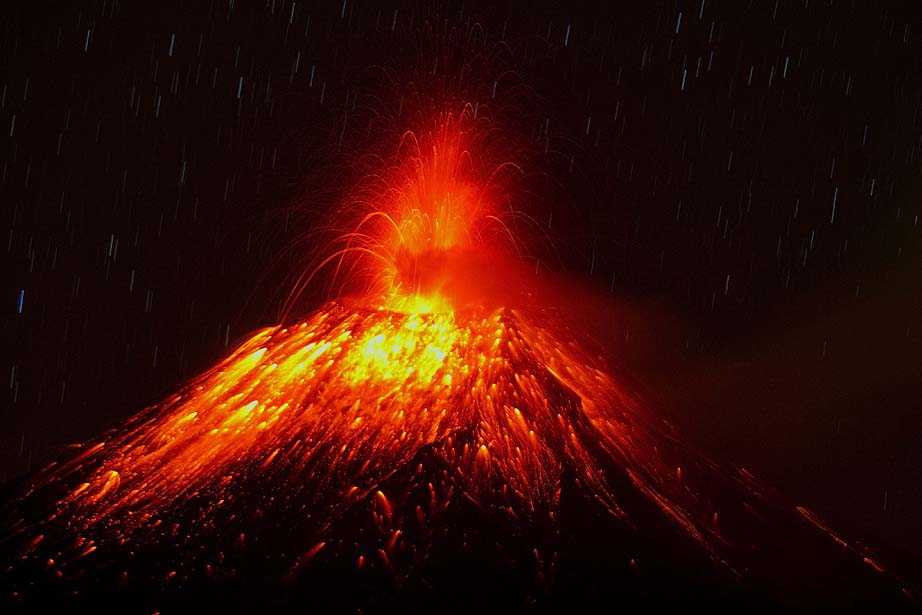 
9. Ecuador is one of only two countries in South America that do not share a border with Brazil.


10. Ecuador is the smallest country in the Andean highlands.


11. Majority of the balsa wood in the world comes from Ecuador.


12. Ecuador was the first nation in 2008 to declare that nature has constitutional rights.


13. The capital city of Quito, and the third largest city in the country, Cuenca, have been declared as world heritage sites by the UNESCO, owing to their rich history. 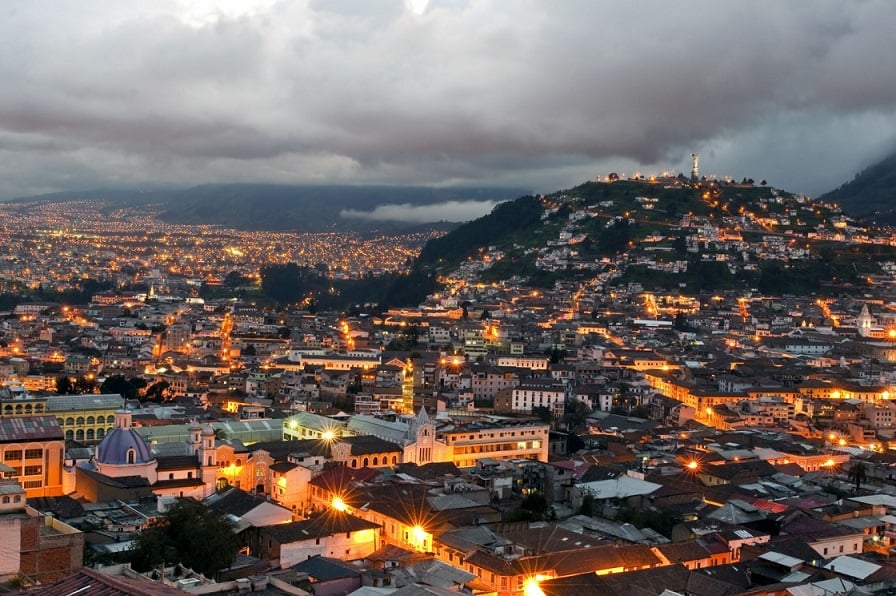 
15. The national flower is the rose.


16. The Galapagos Islands are where Charles Darwin noticed the diversity of species and began to study evolution. 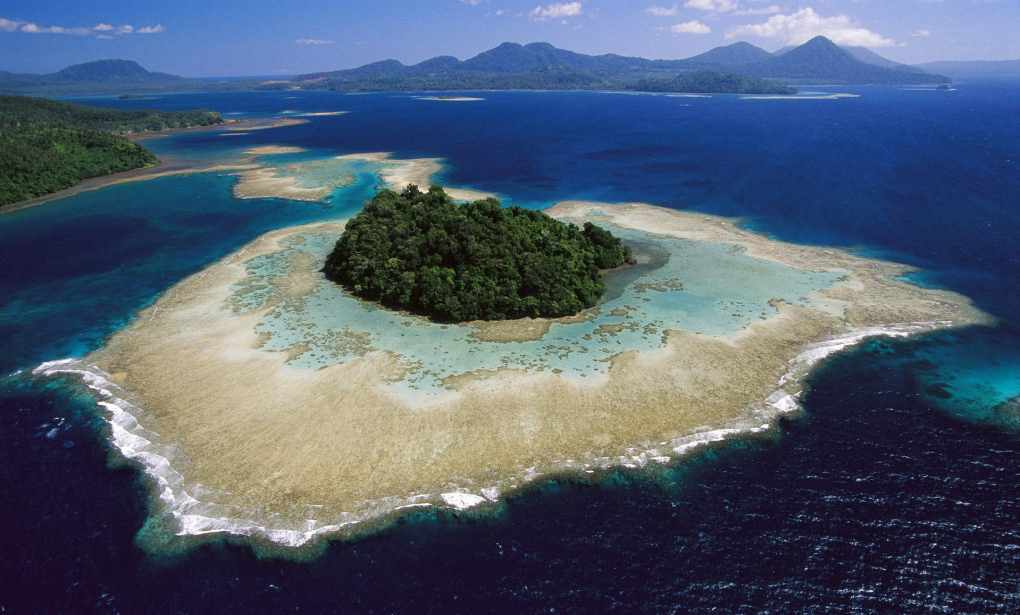 17. Chimborazo Volcano, at 6310, forms the highest point in Ecuador, while the lowest point is formed by Pacific Ocean.


19. Ecuador exports more bananas than any other country in the world.


20. There Are More Mobile Phones Than People in Ecuador.