First Advertisement on Moon- By Otsuka, A Japanese Drink Company

Marketing is a key aspect in a successful business, and putting up ads on billboards is a great way to market a product. These...
Read more
Entertainment

Nimrat Kaur is an Indian Movie Actress and model. Nimrat Kaur was born on 13, March, 1982 in Pilani, Rajsthan, India. We've all seen the...
Read more

Japanese beverage maker Otsuka is sending a 1 kilogram titanium can filled with powdered sports drink and children's dreams to the moon. The specially designed canister, which contains a shipment of Otsuka's Pocari Sweat powder, will mark a disturbing new frontier for humanity: the first commercial product delivered to another world for marketing purposes.

The canister will be carried to the lunar surface aboard the first planned private moon-landing mission, set to take place in October 2015. Otsuka says it hopes that the stunt will inspire young people to become astronauts, so they can travel the 380,000 kilometers (236,121 miles) to our closest celestial neighbor, crack open the can, and consume the powder inside. 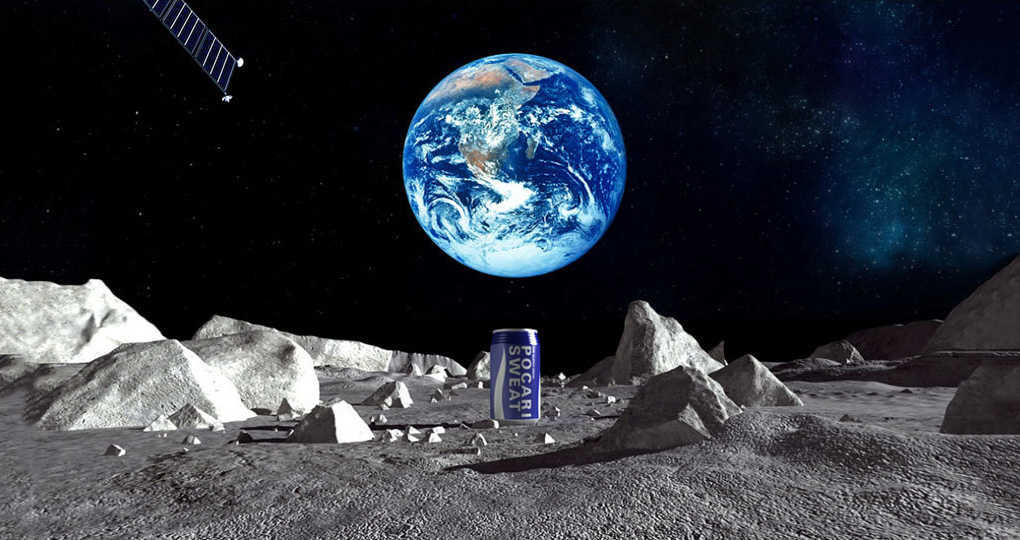 The capsule will be conveyed to the moon by the Falcon 9 rocket. The Falcon 9, designed to be a potentially reusable means of space travel by Elon Musk's SpaceX, has already made three successful supply runs to the International Space Station, but the planned mission in October 2015 would be the first time one of its rockets has successfully provided propulsion to the moon. After the Falcon 9 rocket has ignited its second-stage boosters and completed a four-and-a-half day journey to the moon, the Pocari Sweat-branded canister will be deposited on the surface by private company Astrobotic Technology's "Griffin" lander. 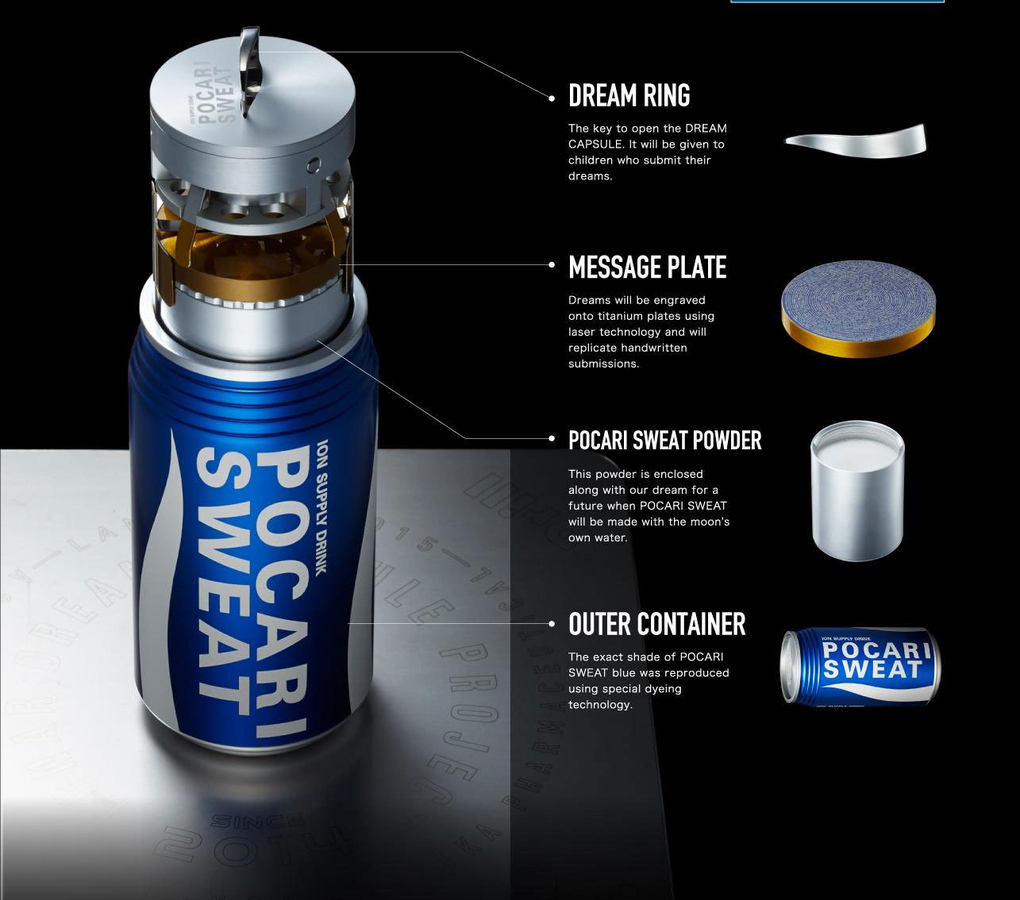 The titanium can containing the powdered Pocari Sweat was constructed by Singaporean company Astroscale. Otsuka says it can only be unlocked by so called dream rings. Most of these rings will be given to children whose dreams are to be shot to the moon, while ten will be kept at the company's headquarters, should those children choose earthbound career paths.

SOMEONE WILL EVENTUALLY BE ABLE TO DRINK THE MOON POWDER

Pittsburgh-based Astrobotic Technology has more important reasons to be up on the moon than to leave a beverage can on its face. The company is angling to win Google's Lunar X prize, a $20-million bounty for the first company to land a device on the moon that can both travel 500 meters on the surface and transmit high-definition pictures back to Earth. Astrobotic's deal with Otsuka will provide them with funds to achieve this goal — the company reportedly charges upwards of half a million dollars for lunar delivery — but the mission to drop a can is somewhat ironic: Astrobotic is a company that develops technologies for clearing space trash. 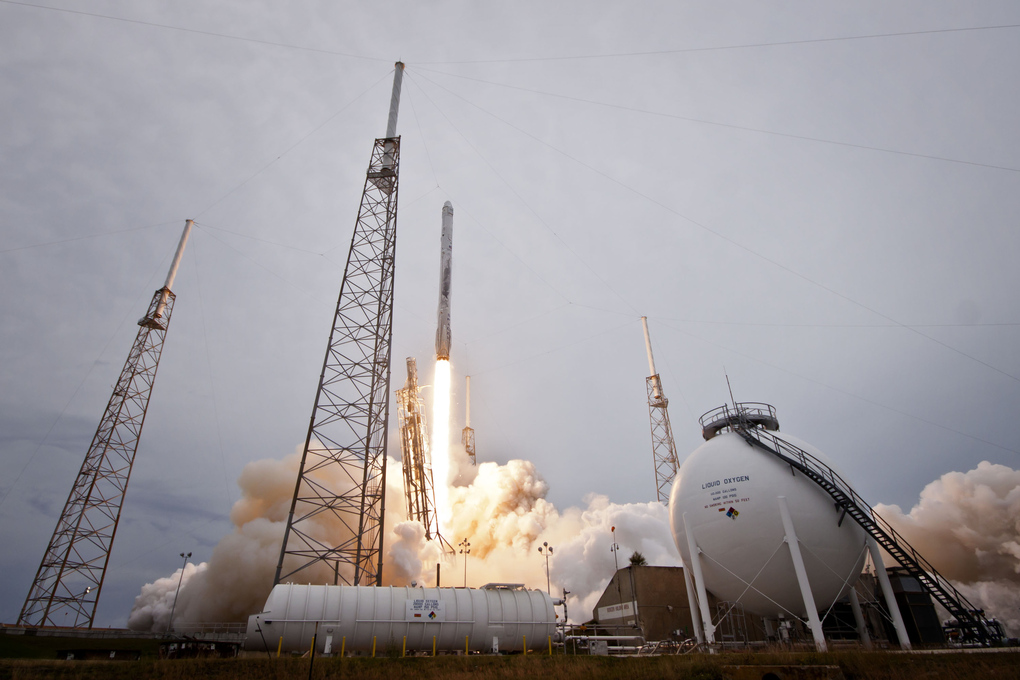 SpaceX's Falcon 9 rockets are relatively seasoned space travellers, having completed a set of successful missions. They were designed to be reusable, but the rocket used in the most recent launch was lost at sea in stormy weather. Falcon 9 image published courtesy of SpaceX. 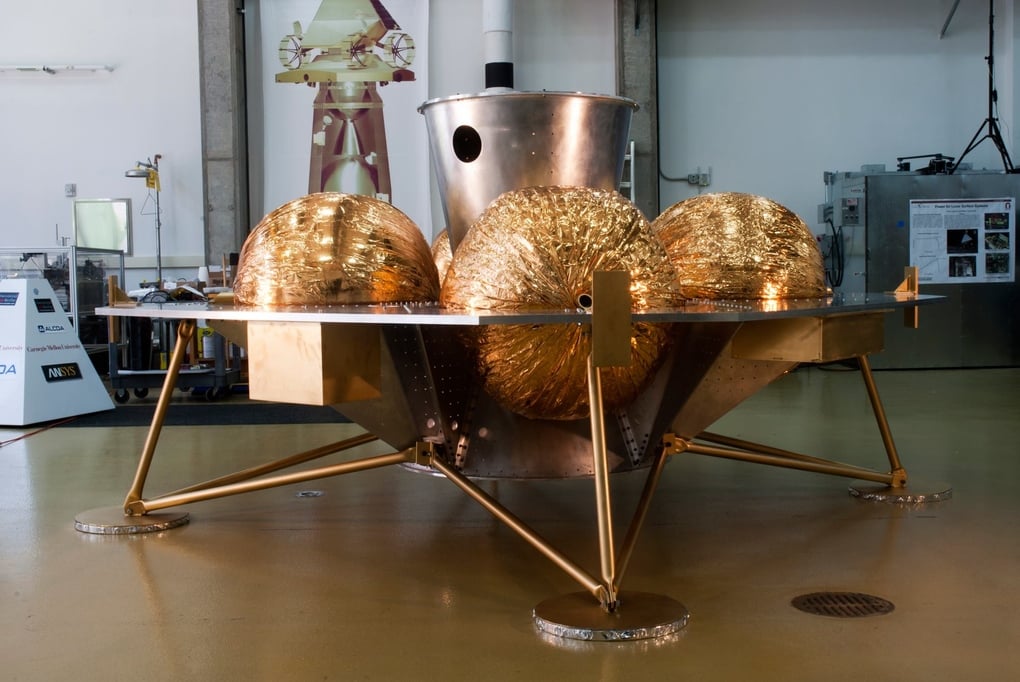 Astrobotic Technology's Griffin lander can deliver a payload of up to 260 kilograms (573 pounds). The company says it can land within 100 meters of its target destination, which, for this mission, will be a region on the moon known as Lacus Mortis, or the lake of death.

In addition to Pocari Sweat, the titanium capsule will contain the wishes of children from across Asia, obtained from letters sent to the company and etched onto silver disks. The company says that when the project succeeds, Pocari Sweat, with its ambiguous citrus taste, will become the first beverage to reach the surface of the moon. The American makers of another powdered beverage, orange-flavored breakfast drink Tang, may take issue with that claim. NASA chose Tang to fly with its astronauts on a number of missions, but it's unclear if the powder ever actually made its way onto the lunar surface during the Apollo missions. 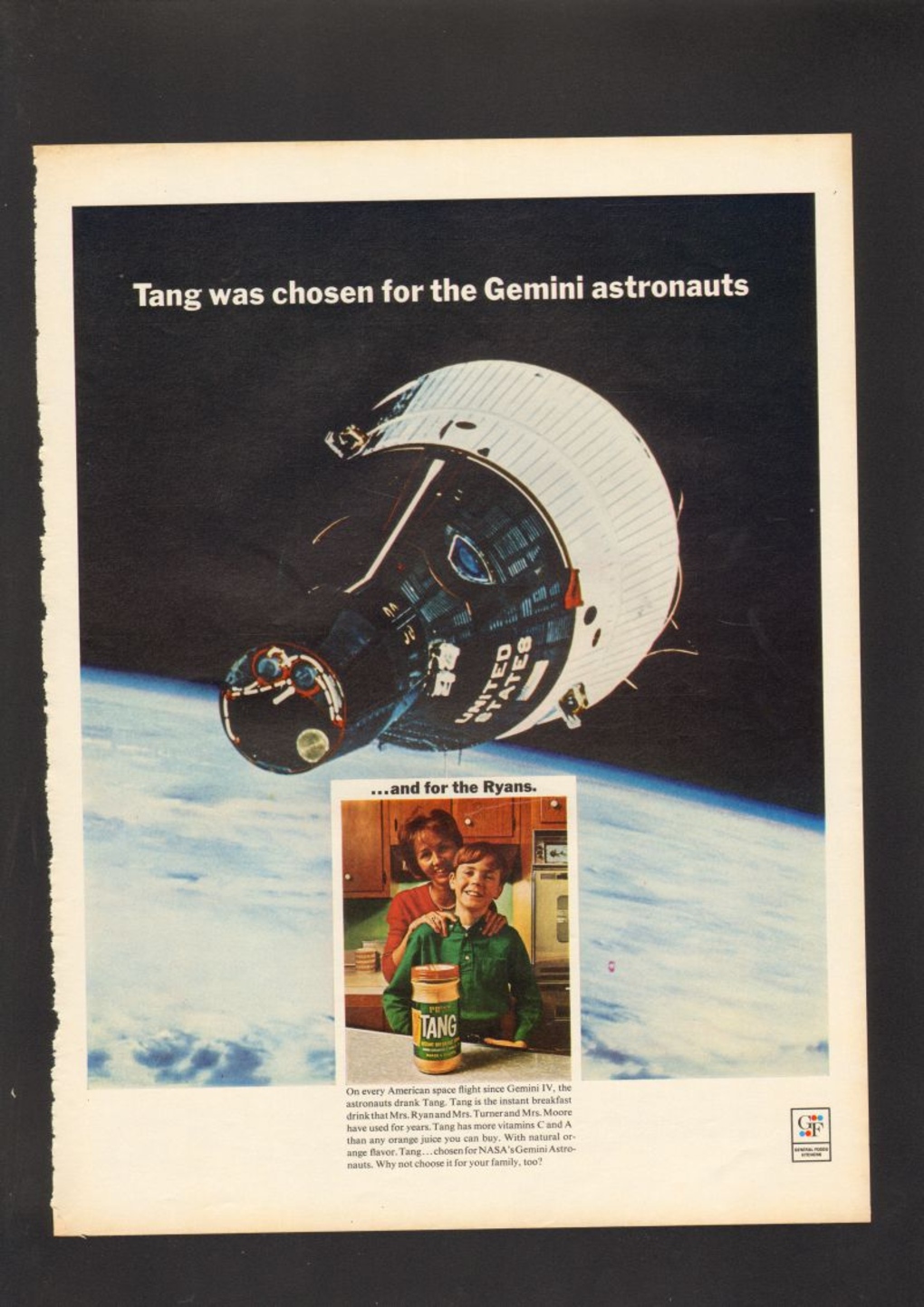 Pocari Sweat may be the first drink to touch down on the lunar surface, but it's certainly not the first brand to use the aspirational power of space travel in its advertising. Brands such as Tang enjoyed increases in their sales as they were selected by NASA to accompany astronauts on extraplanetary missions.

Chevy just trolled the entire country with its...

Fox is Frozen in ICE after falling into...

Hurrying home after a pleasant evening of foraging and scrapbooking, this unlucky fox drowned in the Danube river in southern Germany. And that was...
Read more

If you love the sight of your bed and pillows, if you can fall asleep anywhere and at any time of the day, if...
Read more

Nick Kyrgios, a 19-year-old wild-card entrant from Australia, knocked out World No.1 Rafael Nadal on Tuesday in the fourth round of Wimbledon. Until the evening...
Read more

Ship of Theseus: The Paradox Explained

The ship of Theseus, also known as Theseus's paradox, is a paradox that raises the question of whether an object which has had all...
Read more
Load more