Gangs of Arabic and North African migrants celebrated New Year’s Eve with a slew of sexual assaults on German women. Police only arrested five men during the chaotic night, which included brawling men who also launched fireworks into crowds of revelers. Just five arrests have been made by German police after central Cologne was transformed into a war-zone on New Year’s Eve, as an estimated 1,000 migrants celebrated by launching fireworks into crowds and sexually assaulting German women caught up in the chaos.

The sordid details of the horrifying sexual assaults and attacks made against ordinary Germans by large gangs of migrants in Cologne in the early hours of Friday morning are just now emerging. Far from a small number of sex assaults reported to have been made by German speaking men in initial reports on New Year’s Day, dozens of women are now reported to have been molested and “raped”, while dozens more men have been assaulted and robbed.


One victim, 28 year old ‘Katja L’ spoke of her ordeal as she tried to make her way to the waiting room of Cologne railway station with two other girls and a boyfriend in the early hours of new year’s day. She told Der Express – one of the largest regional newspapers:

“When we came out of the station, we were very surprised by the group that met us there”. She said the group was “exclusively young foreign men”. Keeping close to her friends, they pressed on: 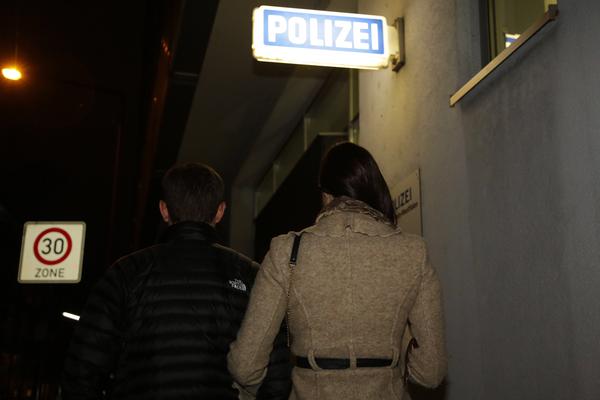 “We then walked through this group of men. There was an alley through [the men] which we walked through. Suddenly I felt a hand on my buttocks, then on my breasts, in the end, I was groped everywhere. It was a nightmare. Although we shouted and beat them, the guys did not stop. I was desperate and think I was touched around 100 times in the 200 meters.

“Fortunately I wore a jacket and trousers. a skirt would probably have been torn away from me”.

As Katja L and other witnesses who have since come forward said, as they were molested by the gang the men were laughing and pulling their hair, and there were shouts of “ficki, ficki” (fucky fucky) hurled at them as they were called “sluts”. Treating her as “fair game”, there had been so many men groping at her Katja L said she would be unable to positively identify any of the perpetrators to the police.

Others were less lucky. One woman had her tights and underwear torn off by the crowd, and a police source quoted said there had been “rapes” at the station that night.

So far, police have identified 80 victims of the gangs, 35 of which were subjected to sex attacks. Others were assaulted or robbed. Officers suspect there are many more as of yet unreported cases from the night, and are appealing for victims to come forward after their ordeals.

A press conference hosted by Cologne’s chief of police Wolfgang Albers this afternoon confirmed the attacks had been perpetrated by migrants, all of whom were found to be carrying official immigration paperwork by police officers at the time. Mr. Albers said “the crimes have been committed by a group of people who mostly come from her in appearance from the North African and Arab countries”, and that he found the situation “intolerable”.

In addition to the sex attacks, there were several brawls between migrant gangs at the railway station, and large numbers of fireworks were fired into the crowds and at the hapless police. A witness said: “There were thousands of men. Simply firing into the crowd, and as my girlfriend and I wanted to get us to safety, but they blocked our way. We were so scared! We fled from the station”.

Despite dozens of men and women having been attacked, the area being comprehensively monitored by CCTV, and having thousands of potential suspects, Cologne police have arrested just five men so far in relation to the new year’s eve attacks.

The police chief may yet have serious questions to answer on the attacks, which follow a year of record breaking migration, after it emerged that just ten officers were dispatched to the station after the report of a gang sex assault in the early hours of the morning, and unverified accusations started to circulate on-line of officers even ridiculing a victim for not having been vigilant enough to avoid being attacked. Breitbart London has approached Cologne police for comment.

The police union said of the incidents: “This is a completely new dimension of violence. This is something we have not know”.

"Germany, which accepted over 1 million refugees in 2015, now faces the herculean task of trying to force its new population to respect Western values." They don't need to do that at all. A better solution is to round them all back up and deport them back to the hellhole they came from rather then let them make your country into the same kind of pit. they will not listen to a thing anyone says…these muslims follow their book and will not ever assimalate into any country they are in…rapes and robberies will sky rocket(as they already have)and continue to do so!

Here we found another emotional tv advert from Thai Life Insurance (Thailand). Remember to care for those who care for you. Some Youtube Comments: "There are...
Read more

There isn't much that separates humans from the rest of the animal kingdom. We need to eat, breathe, and drink, just like everyone else....
Read more

7 Different Ways to Wear the Kurti

Kurti is one of the most versatile Indian traditional cloths. That is why it is amust-have attire that a woman cannot afford...
Read more

Some make imperfection their weakness While others make it their strength. A Blind Man Doesn't Know English but his English Cricket Commentary will Leave you Stunned... #YouHaveEverythingYouNeed #StopComplainingStartLiving  #ShareToInspire﻿ https://www.youtube.com/watch?v=D0Q_2W1qszo
Read more

When you’re a small puppy, even the shortest of distances can seem far. So when Peter Valko prompted his new French Bulldog...
Read more
Load more